Update 24 March 21: It’s time once again to revisit why you should care about gun laws in California. Yesterday the US Court of Appeals for the 9th Circuit effectively said that the Second Amendment does not guarantee a right to carry a firearm for self-defense. At least not openly. The 9th Circuit avers there is a distinct difference between open and closed carry when it comes to exercising your Second Amendment rights.

There is at least some hope in Judge O’Scannlain’s dissent, which included the statement, “We now become the first and only court of appeals to hold that public carry falls entirely outside the scope of the Amendment’s protections.”

That court has a lot of sway, which is why we say,

News of new and/or overreaching gun restrictions out of California is commonplace. We’ve seen mandatory modifications to slow down reloading, bans on how many rounds those eternal capacity assault massacre mags can hold, and many other poorly thought-out, unnecessary, and unconstitutional laws. The recent resumption of efforts against 80 percent lowers nationally is another example. Legislation, lawsuits, and petitions along these lines are so frequent and so expected of “The Golden State” that many folks from “non-occupied states” often use the term Commiefornia to discuss them.

That’s assuming they discuss it all.

The reaction to such news in many if not most pro-gun circles is predictably lackluster, if not scornful. Because it’s California. *scoff*

Thing is, that’s precisely the reason why we should all be paying attention. It’s California.

Yes, it’s California. Yes, they have a history of being anti-gun and overwhelmingly liberal across all parts of the states. So what? The fate of gun laws there matters to all of us.

Flippant, often poorly informed,” remarks about “Commiefornia” and suggestions like “if Californians don’t like it they should move” are short-sighted and misguided, and here’s why: what happens there does impact the rest of the country. A lot. It may not be in an obvious or overt way, but it is there, and it’s no damn good for the rest of us.

One big reason we should be concerned is because of California’s “Persuasive Authority“. Remember that phrase — you’ll see it again shortly.

Fair enough. I understand why you might feel that way. But…

Do you live in Alaska perhaps, or Arizona?

What about Hawaii, Idaho, Montana, Nevada, Oregon, or Washington?

In conversational terms (not a strictly legal one like Stare Decisis, which I had to Google and can’t even pronounce) precedent. That is a term anyone who watches Law & Order has heard.

Unlikely as it might be that Arizona or Idaho take a buggering on firearms, it could happen.And it did happen, with a ruling from the Ninth Circuit upholding an assault weapons ban, guess what?

It’s now in your state too.

So, do you honestly think the Fourth Circuit might not take Ninth Circuit decisions into account if they’re dealing with a gun-related (well, or any) matter in Maryland? If you thought the answer was no, you’d be wrong. That brings us back to “Persuasive Authority”.

Essentially, it’s the influence of one court’s ruling on another. A Ninth Circuit ruling might not be binding on the Fourth Circuit, but it could certainly be used to persuade the courts to take a certain position.

Think attorneys and justices working in the Supreme Court of New Jersey don’t pay attention to what happens in California’s Superior Courts of San Francisco and Los Angeles? 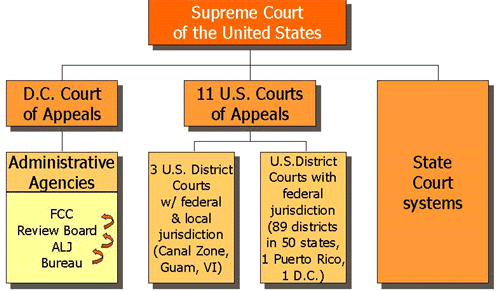 Let me give you a specific What-If that could demonstrate the potential impact of a California court ruling were they to prevail all the way up through the appeals process.

Thanks to Judge Benitez the prohibition of “large-capacity magazines” was defeated (sorta). More accurately, it was “preliminarily enjoined”, meaning it could no longer be enforced — at least while the merits of the case went through the remaining proceedings. That order was appealed by the California Attorney General to the Ninth Circuit Court of Appeals. There, Judge Kenneth Lee authored an opinion that, like that of Benitez before, was good for people who support the Second Amendment, to wit: he found that gun owners would likely prevail on claims that the large capacity ban violated the Second Amendment. He upheld the grant of the injunction.

Now (as of this writing), gun owners are waiting to see if they’ll have to suffer through another round of drama thanks to the California AG’s August petition for a review of the decision.

Ideally, that petition will be rejected, or if there is a review it will again come out in favor of the Second Amendment.

But what if it doesn’t?

In fact, I’d argue it was the District of Columbia v. Heller that turned things around for much of the country with regard to concealed carry, open carry, and ultimately constitutional carry.

What if the mag ban was ultimately upheld and enforced and then was subsequently used to support legislation or executive action contrary to the Heller case?

Think the BATFE wouldn’t make some unilateral half-assed “determination” based on such a decision?

You saw what just happened with the Q Honey Badger, right?

That’s why you should care about what happens in California, let alone the ethical need to stand with the Californians under the thumb of such contrary and ill-advised (not to mention unconstitutional) laws: the ones that affect California legal magazines and Cali compliant guns (and probably more besides.

What about your neighbor’s hands? Or your friends or family members in “Commiefornia” — should they have to ask permission? Please don’t say they “should just move.” That’s myopic, borderline moronic, and in most cases impractical anyway. I can say moronic ‘cuz I used to think that way.

Talk is cheap. So are MOLON LABE bumper stickers.

It takes a lot more effort to help our people in the occupied zones. It takes no little money (and moral support) to support one of the organizations fighting the civil battles.

But it needs to be done.

Here is how you can start. You can continue by supporting California gun-owners instead of mocking or discounting them.

Some of the hyperlinks in the article may contain affiliate links, via which GMW could make a small commission at no additional cost to the purchaser.

That’s it for today. Go forth and conquer.