Cobalt Kinetics Hands the Keys Over to BAQ Defense 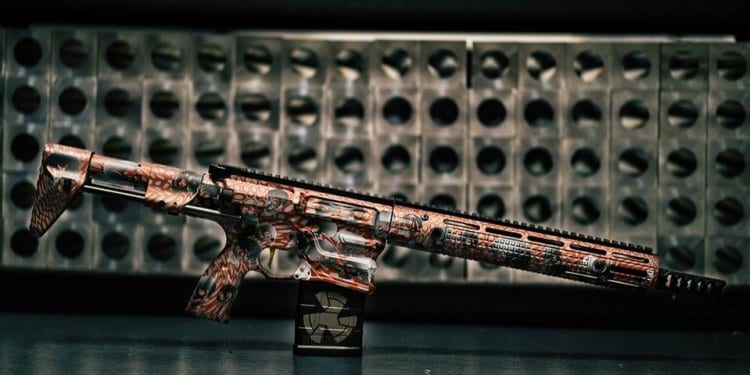 Cobalt Kinetics got its start because they weren’t happy seeing all the same black rifles in every gun shop they came across. They wanted differentiation. They wanted innovation. They presented the Dual Drop and Cobalt Advantage Reloading System, and they worked to eliminate flaws, implement advancements, maintain precision, and make sure the AR was both durable and aesthetic. But, earlier this month, something happened. That something turned out to be Cobalt Kinetics turning over it’s holding to BAQ Defense.

If you’ve been living under a rock and don’t know who Cobalt Kinetics is (not to be confused with Cobalt the chemical or Cobalt cars), they’re the ever-famous manufacturer of what they’ve said to be premium performance and precision engineered rifles.

Welp, the premium performance and precision engineered rifles are in the hands of BAQ Defence, as of July 1. BAQ Defense is a company that we’re told provides specialized training, products, and programs to non-profit entities that involve combating child sex trafficking.

The video might be a little dated, but come on, who doesn’t like watching guys shoot cool guns!?

Cobalt Kinetics got to where it [was] today because they focused on enhancing the functionality and features in ARs, more specifically, they built specialty firearms using what they call, bold aesthetics, cutting-edge technical innovation, and state-of-the-art engineering. And they were capturing the attention of all those at the top of the industry.

However, BAQ Defense saw the potential for more.

“After a demanding run from 2015 to 2019, we felt ecstatic about the progress we had made. As we were in the steps of planning out our next phase of development, we were approached by BAQ Defense and began entertaining conversations about our future.”

They were deeply interested in our R&D and the potential they saw for taking the company to the next level. From our very first conversations it was apparent they already had a vision in place, one that would capitalize on what we had already achieved, while moving towards new opportunities that would distinguish Cobalt even further. BAQ Defense was the answer we didn’t even know we were looking for.”

Apparently, BAQ Defense had been eyeing Cobalt Kinetics for some time. Guess they made their move at the right time because they’re in this game now!

“We’ve been interested in Cobalt for some time. Their level of innovation and pure artistry is unprecedented.  We watched them maneuver into the industry, filling a need for billet options while also meeting a heavy competition type demand. We want to continue their gold standard of excellence by developing additional firearms that meet every demand in the market. As trends come and go and the flux between tactical and competitive needs arise, we want to be there with products that outfit all buyers.”

Now, you might be worried because no one likes change, but the VP of BAQ says they’re planning to maintain the same professionalism that Cobalt Kinetics has been offering over the years.

“With these exciting changes taking place, we want to assure Cobalt fans that the same level of professionalism that has made the company what it is today will remain the same. Several key staff members crucial to prior success will remain with us full time. We will not let the commitment to excellence slide backwards, regardless of the new channels we open.”

Cobalt Kinetics said they eased off on production back in August, and now that they’re under new leadership, they’ll be heading into the next phase of manufacturing. But what does this new phase look like? Well, they say they’ll be continuing to carry on their tradition of AR-style rifles. However, they’re planning to move forward with new projects, which they say include working on a series of prototypes in R&D that they claim will “dramatically enhance” the Cobalt Kinetics line up.

So, precisely what does all this mean for gun owners? We’re told it simply merely means that every gun owner will also know the name known amongst the elite circles.

If you’re curious to find out more about Cobalt Kinetics, you can check them out, just click those highlighted words you just read over.