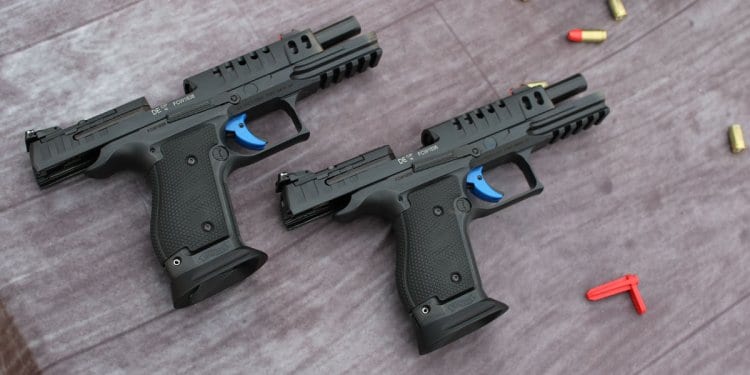 With SHOT show coming up in a few weeks, companies are beginning to roll out their new guns. The pre-show air space will be dominated by some interesting guns, including this one from Walther.

Walther USA has a new steel framed version of the PPQ. The PPQ SF will be available in two configurations. The one seen here is all about competition. Every detail of this new incarnation of the new Q5 Match SF is intended to cut down split times and keep you on target between shots. 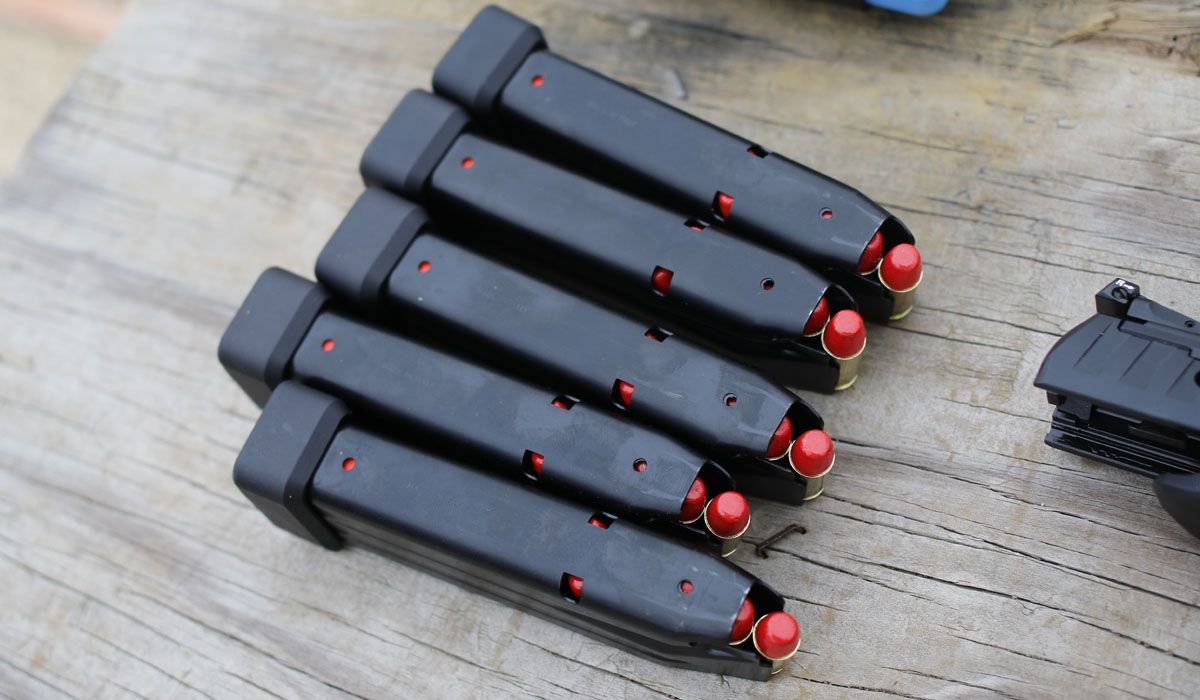 Nothing beats a lineup of mags, ready to roll out. These are for the PPQ SF.

The best part of this new gun is, in the humble opinion of this magazine snob, is that it uses the existing PPQ mags. It would have been very easy for Walther to build a new gun around a new magazine, and then expect shooters to buy more magazines. 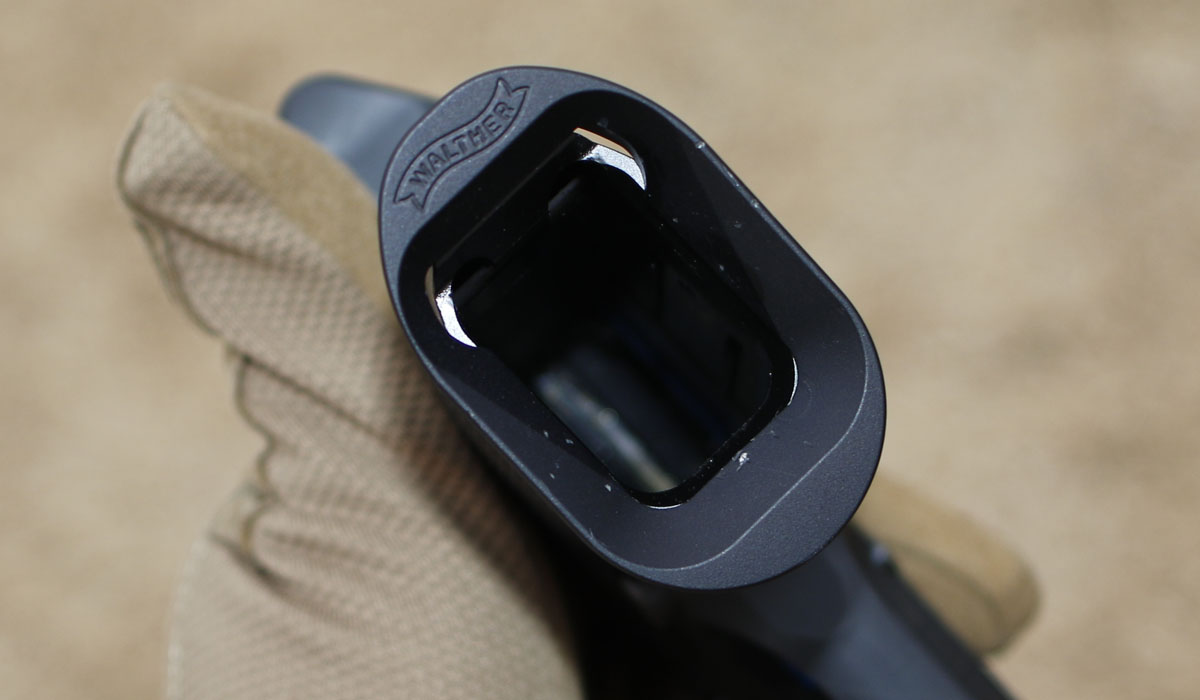 The magazine well on the PPQ SF is well designed.

While we always encourage shooters to invest in magazines, if you already have a 9mm PPQ, you will have a solid head start. 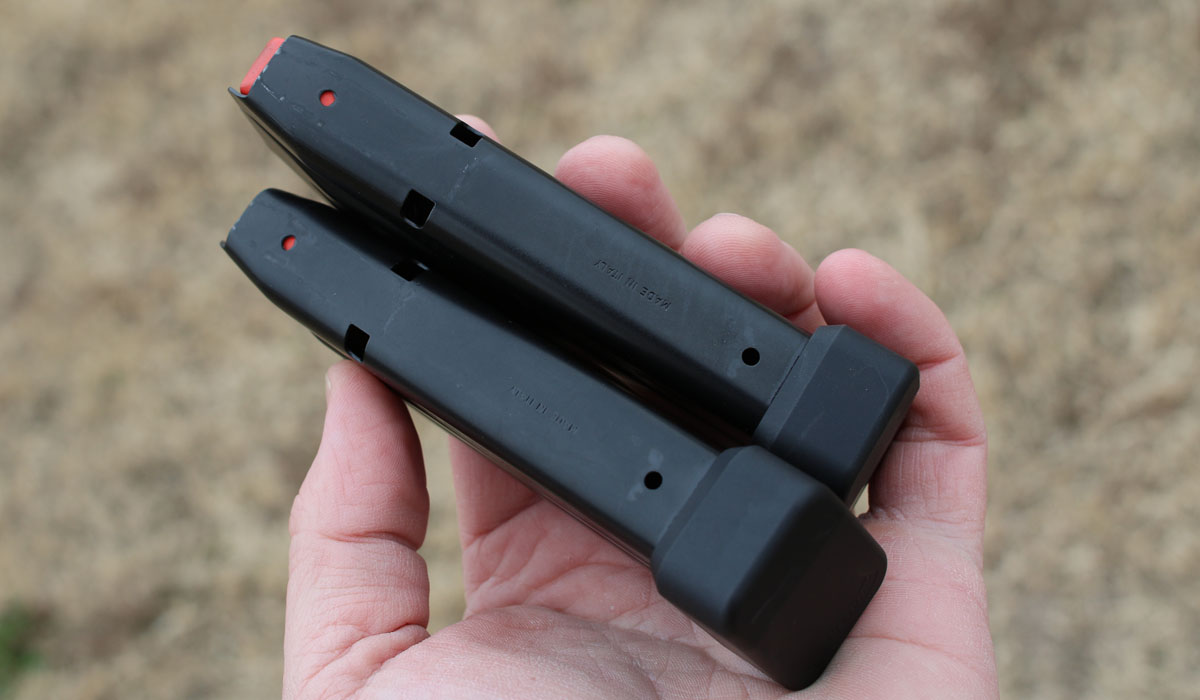 The mags look to be built by MecGar. They’re stainless, and hold 15 rounds of 9mm. There’s an ample base pad on the mags that help absorb some of the shock as they’re dropped, but these beasts are rugged. They can handle the impact of regular practice and pace of frenetic competition. 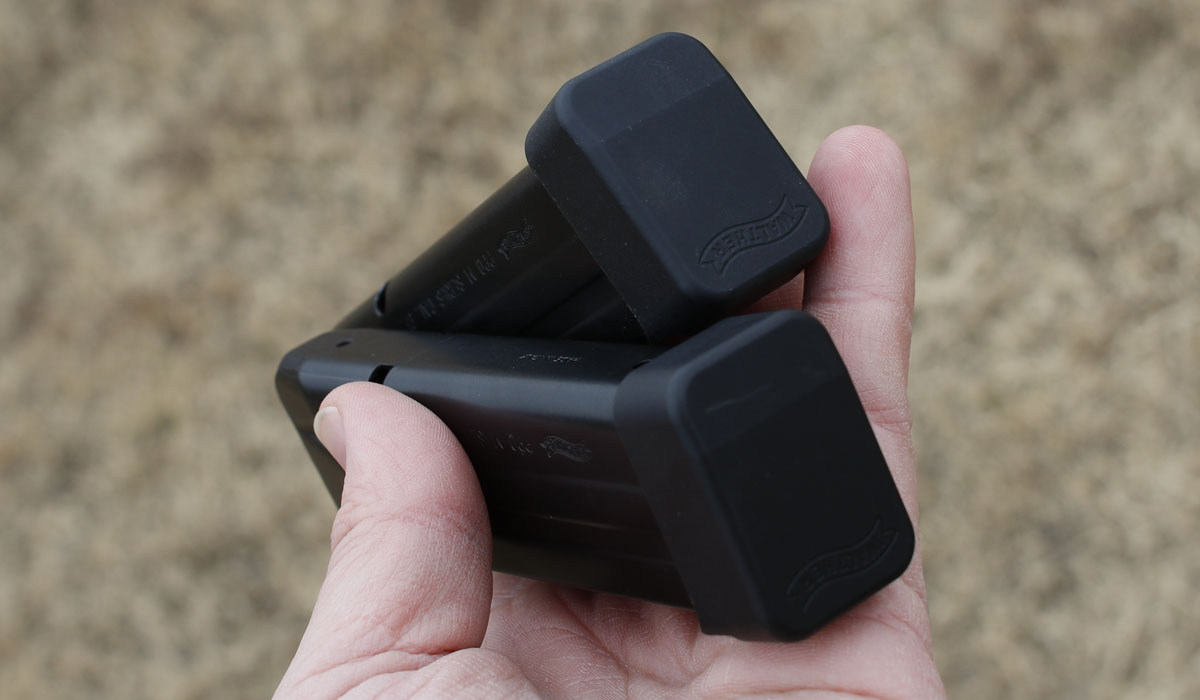 There will also be a +2 base pad available that will add 2 additional rounds, for a 17 round capacity. 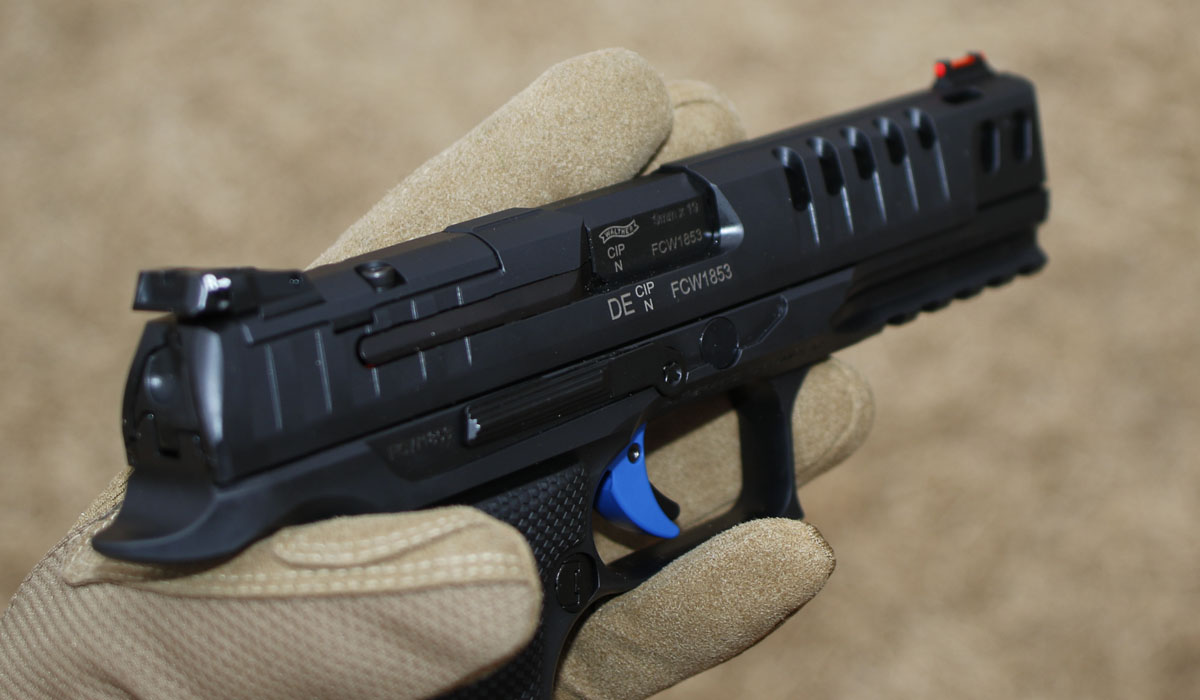 The Q5 Match SF, with all of its slide cuts, shoots fast and flat.

The base pads are easily removed, which makes cleaning them out much easier. They also add weight to the bottom of the mag, which helps them drop free of the mag well. 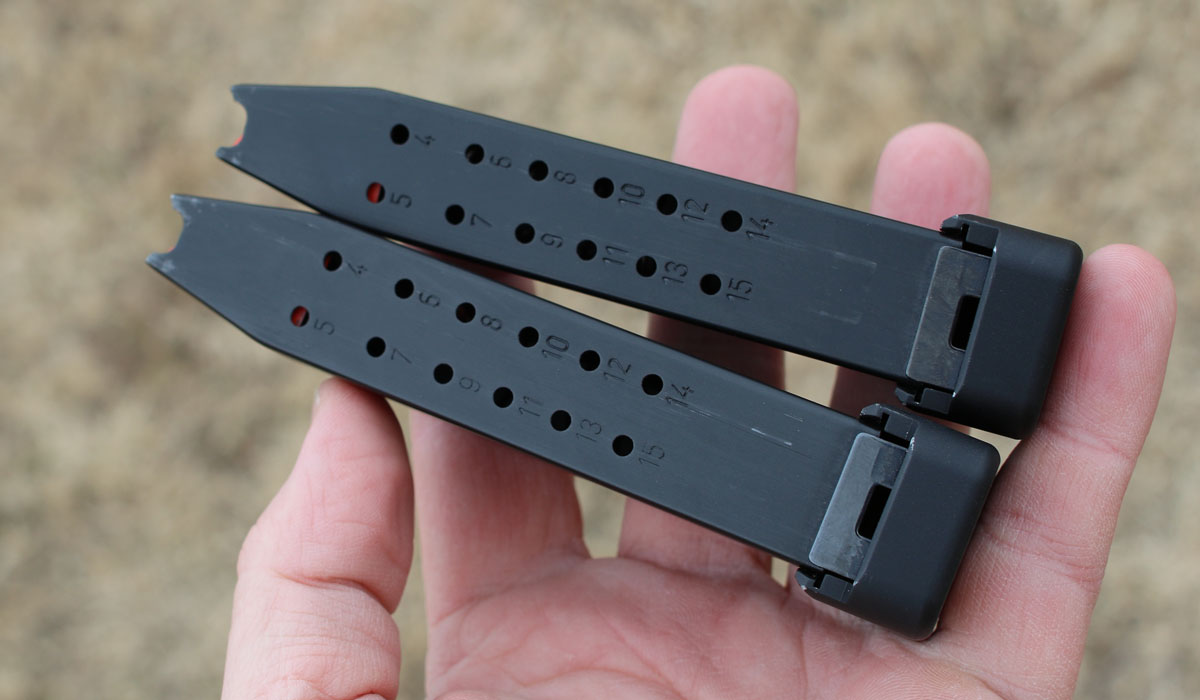 For those who don’t want a race gun, there’s another option coming. I haven’t put my hands on it yet, but it is a PPQ SF built in a more traditional style. It won’t have the weight reducing cuts, but it will still have a steel frame. 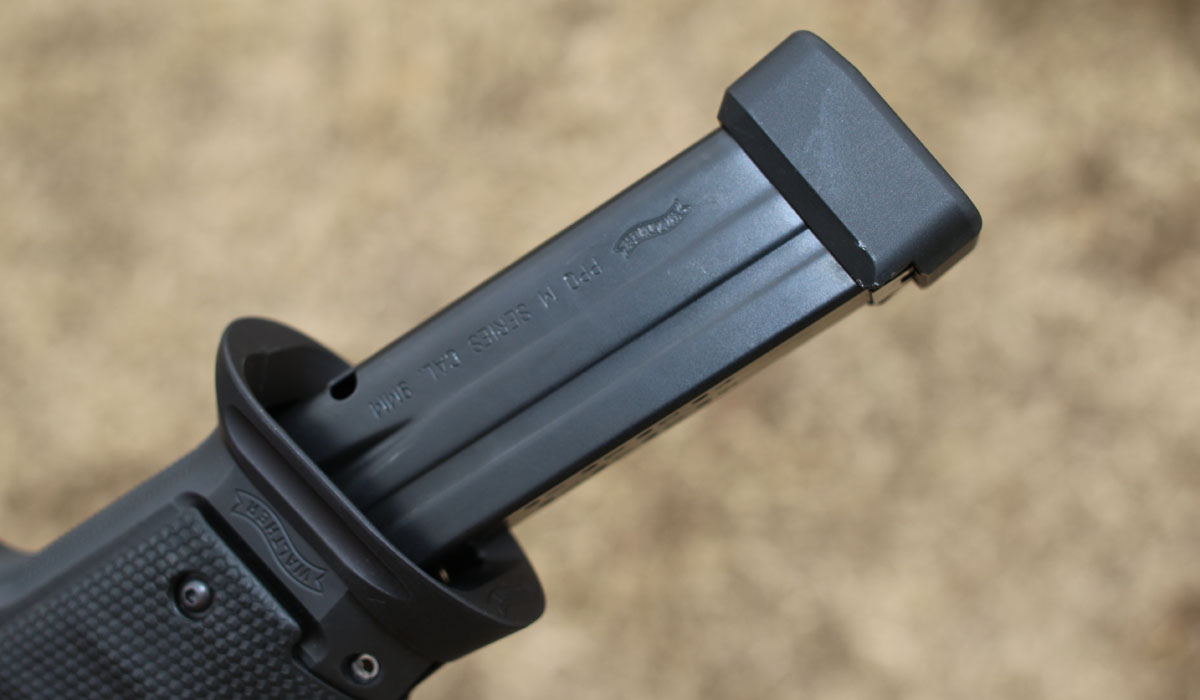 The channel in the steel mag lets you know which way is which, without using your eyes. And it provides rigidity.

I spent about two hours with the new Q5 Match SF. It handles exceptionally well. I’m a fan of the PPQ M2, and this heavier version is even easier to control. The added weight tames the recoil impulse. 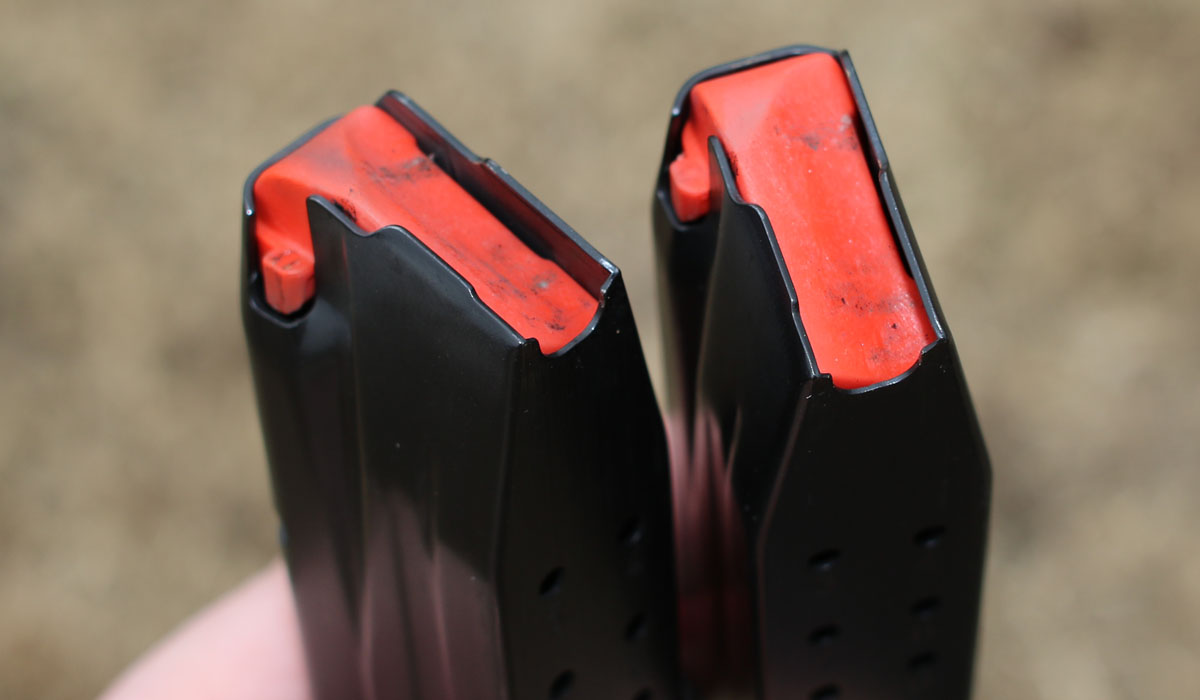 The red follower contrasts with the guts of the PPQ SF when the slide locks back, so you know it is empty.

We’ll be featuring more new guns from Walther in the coming weeks, so keep your eyes peeled. In the meantime, get down to your FFL and check out the Q5 Match SF. If you are into competition and have an extra $1,400 to spare, this just might be the gun for you.

What do you suppose they’ll have for us at SHOT Show 2020?