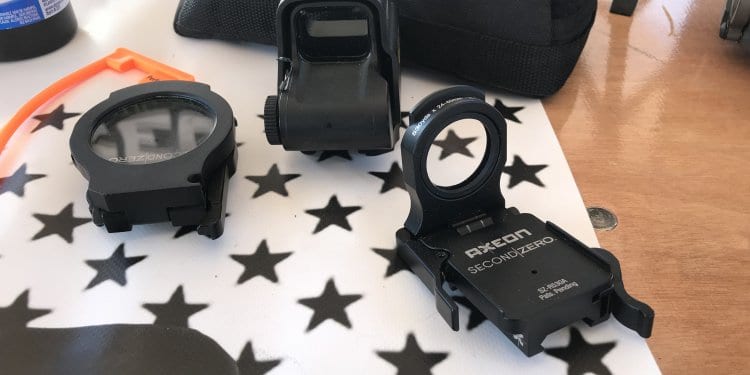 Do you shoot long range with a red dot? Well now you can. At Range Day, Axeon Optic Solutions has a solution for people who want to shoot out past 500 yards without a lot of adjustment or calculation.

The Second Zero is a lens that sits in front of your optic. The lenses shift the image vertically giving you an instant POA shift. If your red dot is zeroed for 100 yards, the second zero will adjust the image so when flipped up, your red dot is now set for a 500 yard zero. It is that easy.

They offer the Second Zero is two form factors. One is as you see below, it clamps onto your scope objective lens and acts as a scope cover. Flip the cap down and now you shifted your POA for a 500 yard zero. 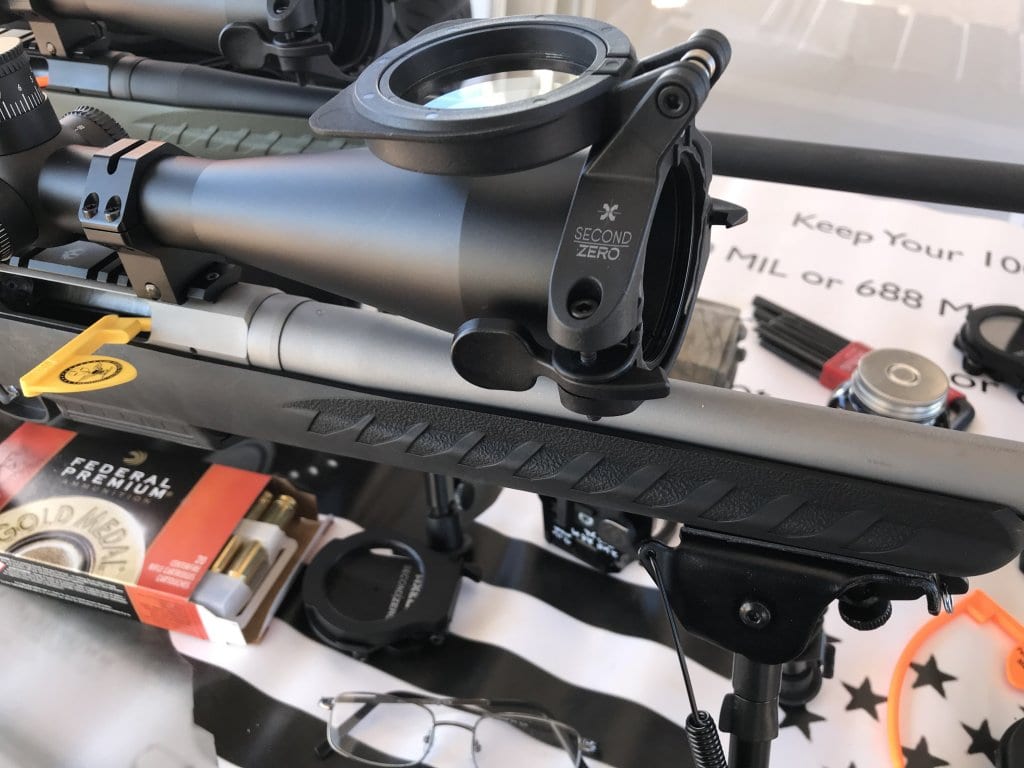 The second option is if you have plenty ot top rail. Their rail mounted  Second Zero is for use with red dots or other optics. You can take a simple red dot and shoot out to 200 yards with realtive ease and very little adjustment. Then flip the second zero up and now your red dot is zeroed for 500+ yards. Obviously the actual POI will be determined by the ammo you use. It could be 500 or 530 yards. The only limiting factor I see is the shooter’s eyesight. I don’t think I can see a 500 yard target without magnification. In fact, I know I can’t.  However those with better eye sight, this could be a force multiplier. Especially in 3Gun limited divisions where one shoots with a non magnified optic, this could easily allow you to hit targets further out without having to remember complicated bullet drop compensation. 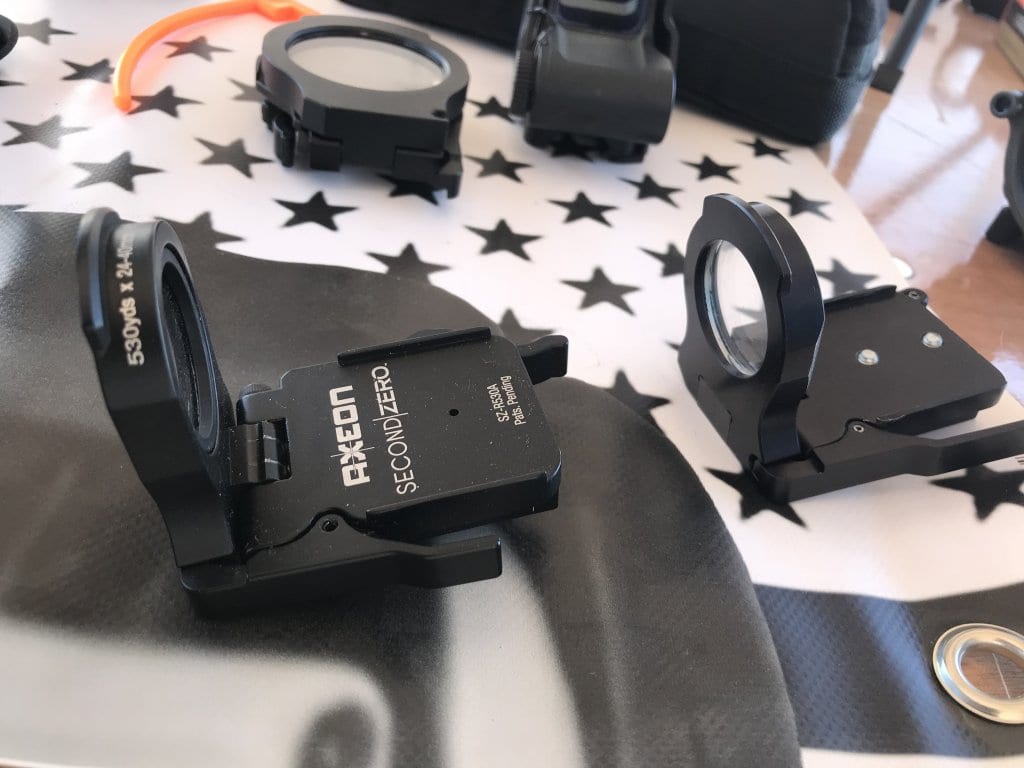 John Baker, the inventor of the Second Zero still makes larger set ups for even longer range adjustments. This giant optic block can shift your object view tens or hundreds of mils depending on the model and your needs. 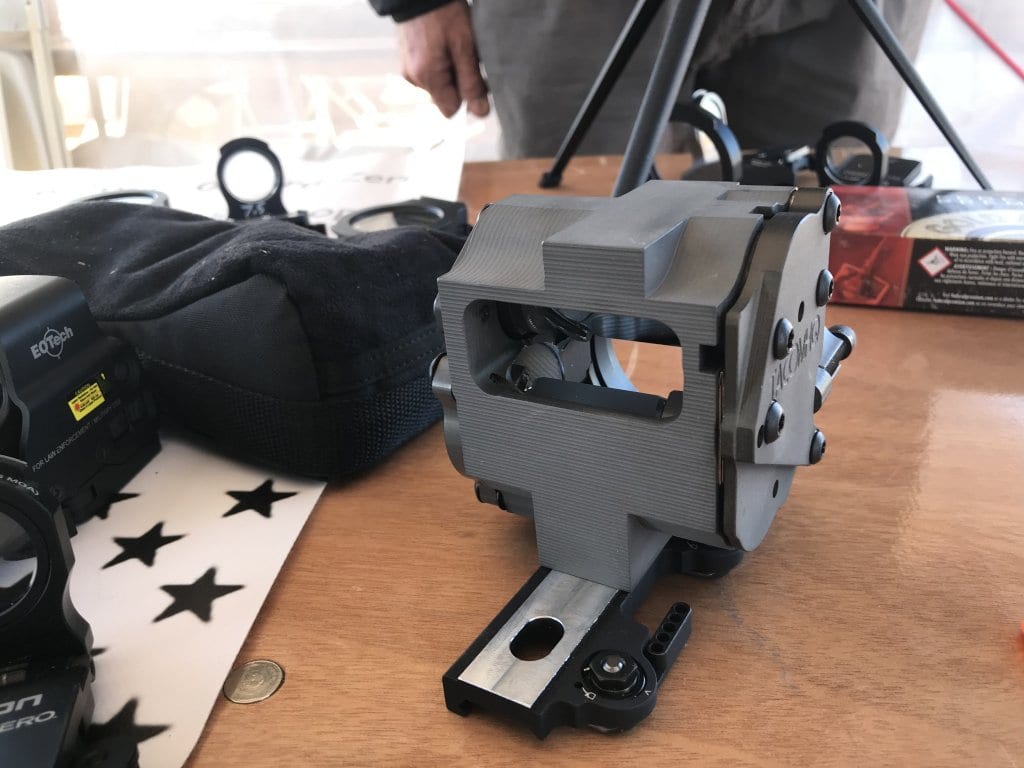 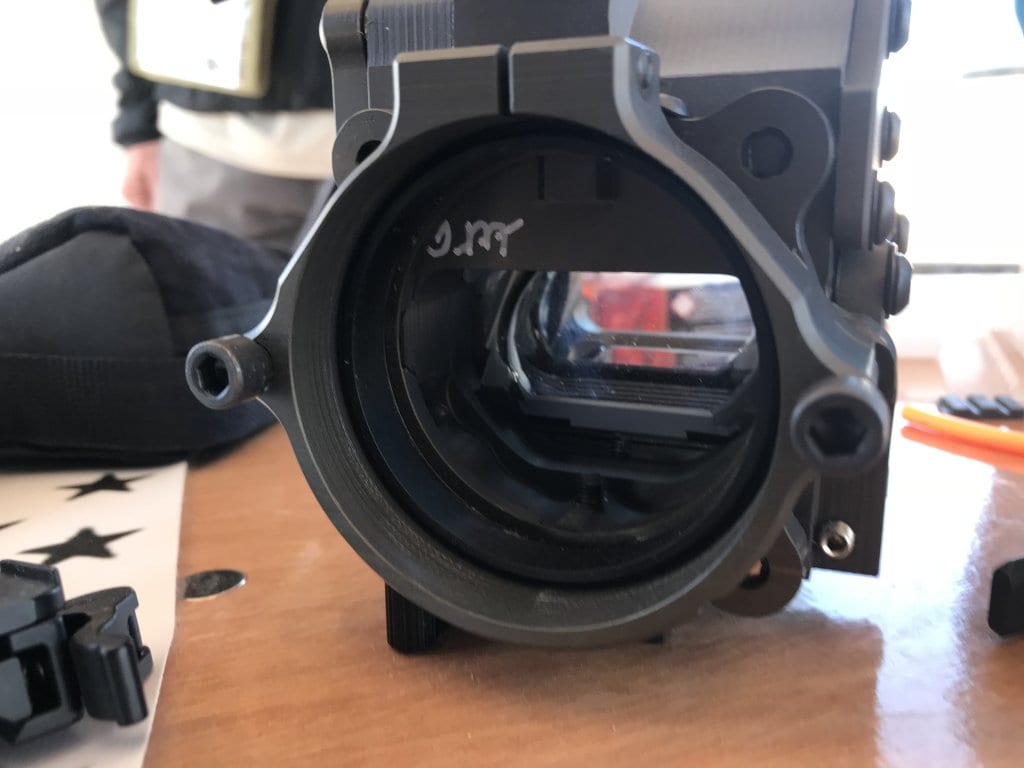