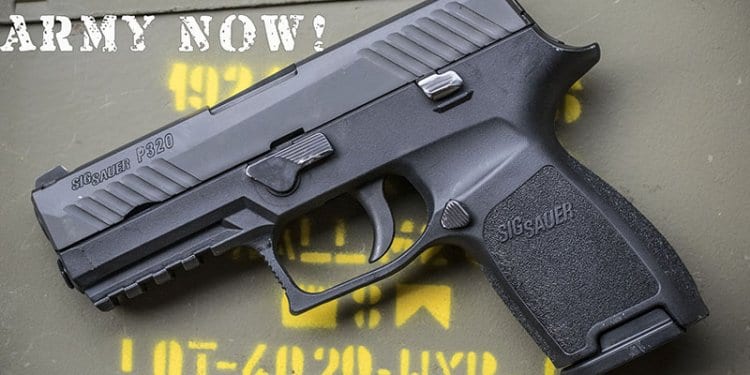 In a shocking announcement, last Thursday, the US Army announced it had selected a winner of the Modular Handgun System competition, the Sig Sauer P320. The announcement comes after numerous failed attempts to find a suitable replacement for aging stocks of M9 handguns currently in service.

The program was designed to address the shortcomings of the M9’s design, while simplifying supply and maintenance logistics.

SIG Sauer Inc. released the following statement in response to the announcement, which seemingly came as a surprise to them as well.

The MHS Program provides for the delivery of both full size and compact P320’s, over a period of ten (10) years. All pistols will be configurable to receive silencers and will also include both standard and extended capacity magazines.
“I am tremendously proud of the Modular Handgun System Team,” said Army Acquisition Executive, Steffanie Easter in the release. “By maximizing full and open competition across our industry partners, we truly have optimized the private sector advancements in handguns, ammunition and magazines and the end result will ensure a decidedly superior weapon system for our warfighters.”

Firearms aficionados, police and military equipment experts for decades have been calling for a striker-fired replacement for the M9. While the P320 is a critically-acclaimed design, most found the announcement surprising, expecting industry-dominator GLOCK to win said contract.

While the Army hasn’t revealed the official reasons for selecting the P320, it’s safe to assume the gun’s modularity was the deciding factor. More information on this development, when the Army makes a formal statement on the matter.