Ace on the Line – Full-sized pistols 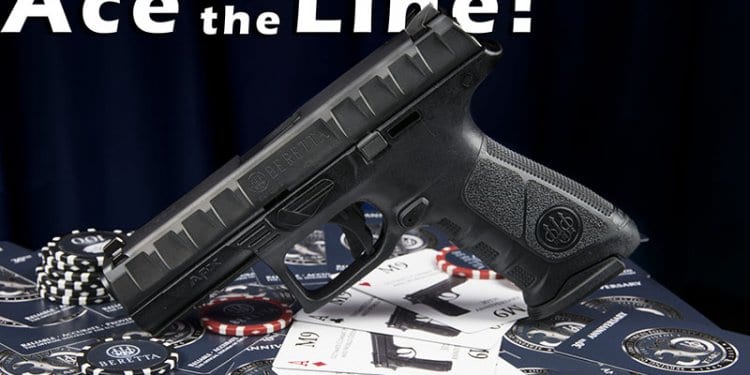 The late, great, Colonel Cooper once said, “A handgun is merely a weapon used to fight your way back to your rifle.” And he’s right.

By definition, handguns are a compromise –  they don’t have the stopping power, effective range, or controllability of a shoulder-fired weapon. They lack these features in exchange for portability – the best gun in the world isn’t worth a damn if it isn’t on you.

This is why I try to hedge my bets, and recommend carrying a large, or full-sized handgun for either home or self-defense.

Doesn’t this run contrary to my first statement?

Yes, portability is king with a firearm a shooter intends to bring along with them. That said, there is a point of diminishing returns or compactness and portability. Because all things on a handgun are interconnected (at least until humanity manages to figure out laser or light-based weaponry).

Imagine a triangle on a graph. Like all triangles, it consists of three vertices connected with line segments between them. This trifecta represents three qualities of handguns: capacity, size and caliber.

When one of these attributes is increased, it affects the others – but not sometimes only in one direction.

For instance, if size stays the same, and capacity is increased, then caliber size must go down. Conversely, caliber size can be reduced, without increasing capacity or overall size. – You could potentially build a desert eagle in .32 ACP without increasing the magazine capacity, but you couldn’t chamber a Glock 19 in 50 BMG without seriously increase the overall size.

OK, but what does this mean for the average shooter looking for a pistol?

Basically, you can’t get something for nothing. Thus, it’s best for a shooter to figure out which configuration of these three factors is best for their needs. For me, and for home defense – I’ve always relied upon the classic full-sized combat handgun.

While the name is someone contradictory -handguns are a backup weapon, not a primary one – it’s best to pick a handgun that is feature-laden, and user-friendly as possible.

In a nutshell, pick a pistol in the largest caliber you can safely handle with as much capacity as possible.

A few great examples, are the classic Glock 17 in 9mm or Glock 21 in .45 ACP. Both of these guns offer great magazine capacities in calibers fielded by modern militaries. The latter aspect is important, because it lets the shooter know that the caliber is an effective man-stopper.

One of my new favorite handguns for home defense, is the Beretta APX. It’s a 9mm handgun developed by Beretta in response to the US Military’s modular handgun competition. This is interesting, as it allows the gun to transform into different configurations of itself – this includes capacity, caliber and overall size.

This is great, because it allows shooters to have a full-sized, full-capacity handgun in a powerful cartridge that can convert into something more portable when they want to take it with them. Seeing as both FNH USA and SIG have developed similar designs, it’s fair to say we’re seeing the beginning of a new breed of ultra-modular handguns.

But until then, shooters will have to load their hand with a trump card or two, if they want to maximize their potential combat effectiveness when limited to just a handgun.