Is the Beretta APX RDO a Better Glock? 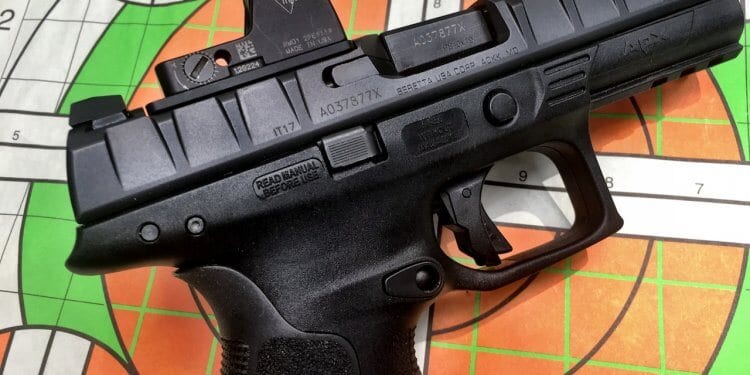 The Beretta APX pistol was designed as the company’s potential entry into the Army Modular Handgun System trials. Knowing that the M9 family was ready for replacement after the past several decades of service, the company veered away from their traditional double-action / single-action preference.

The striker-fired Beretta APX is the company’s entry into the polymer duty pistol market. True to previous designs like the PX4 family, Beretta chose to combine function and modern design, ending up with a futuristic look that supports ergonomic goals. You’ll notice the slide first. Sans traditional cocking serrations, the APX features vertical ridges, spaced about a half-inch apart to accomplish the same purpose. They extend the full length of the slide, so there are no “front” or “rear” cocking serrations. I find the approach effective.

The trigger is very good for a duty gun. Measured from the center of the leaf, this one breaks at 4 ¾ pounds. There is no stacking or hint that it’s going to break, so it truly does have a “surprise break” if you care about such things. The reset is crisp, and you can easily feel and hear it. 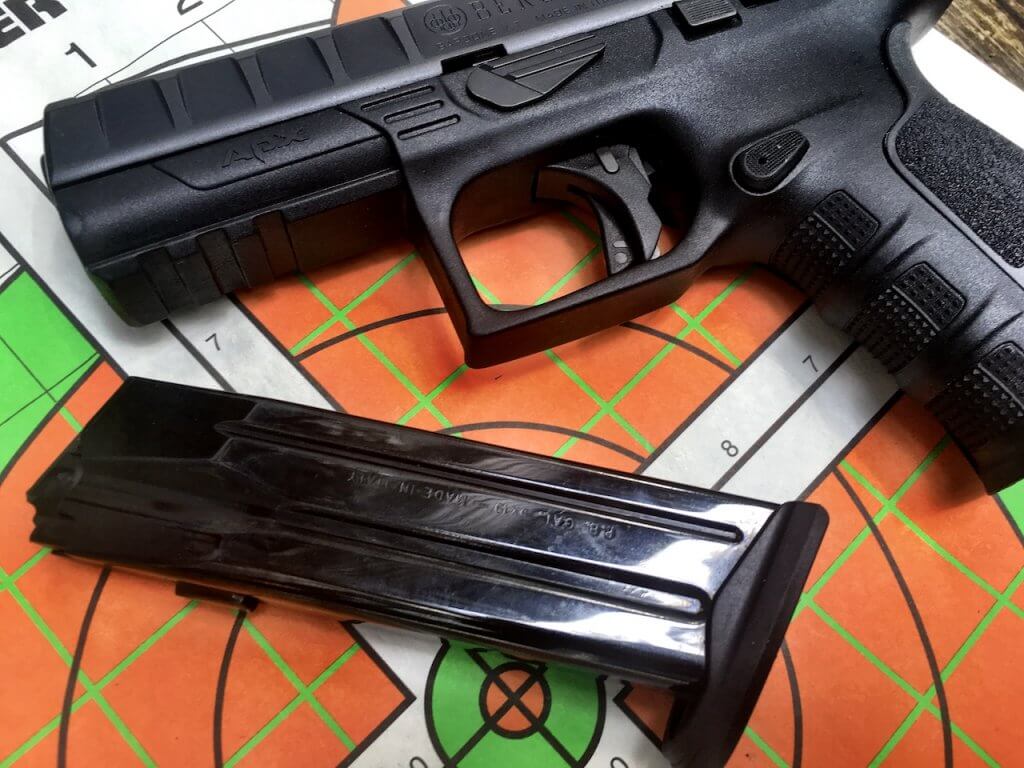 Capacity is robust, with 17+1 for the 9mm version shown here and the APX RDO ships with two steel magazines equipped with witness holes. The APX has other expected featured like three different sized backstraps and ambidextrous slide lock and magazine release.

The RDO model is designed for optics use, although a cover plate is standard in case you don’t want to use one. The slide is cut to accept one of four included mounting plates to fit a variety of pistol red dot optics like the Trijicon RMR shown here. The company also includes a variety of mounting screws in different lengths to fit different optics. The sights are standard height, so out of the box, you won’t be able to co-witness the irons sights through an optic. However, the APX factory three-dot sights are installed via dovetails, so they are easy enough to replace. 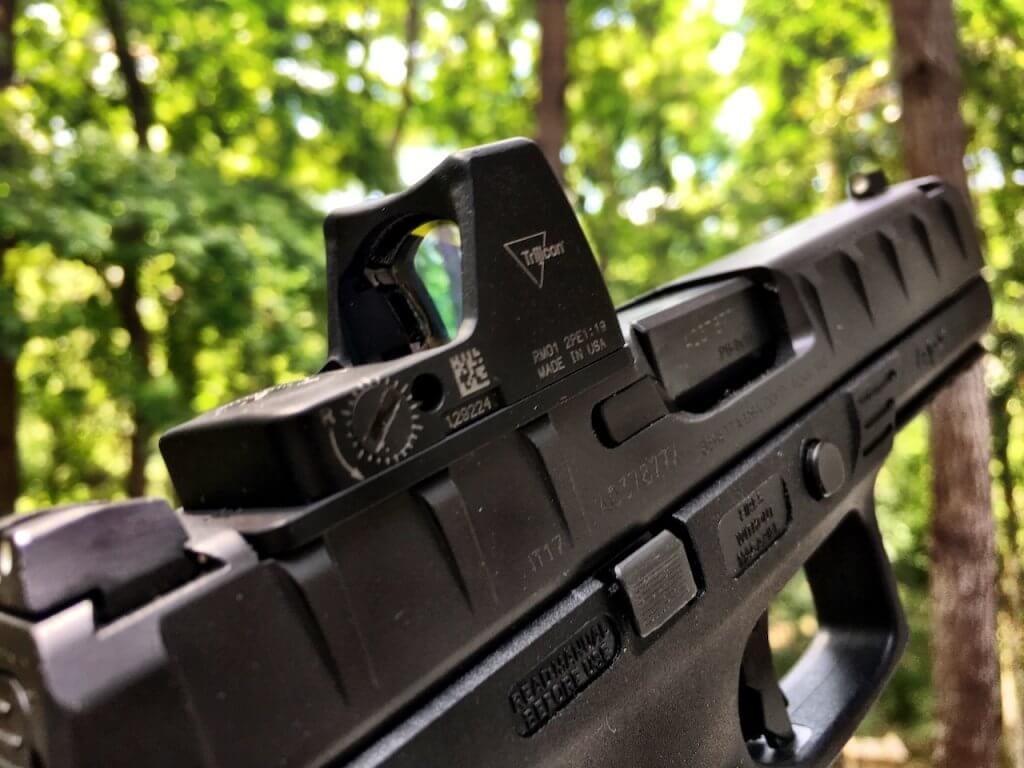 The RDO model comes with four mounting plates to fit a variety of red dot sights, like this Trijicon RMR.

The other less prominent feature of the APX is that it’s a modular system. The serialized fire control system is removable from the frame so, in theory, you can swap that into different frame types and pair it with different barrels and slides. This isn’t an instant “drop-in” process – I think it was intended to be used at an agency or unit level by armorers responsible for maintaining and configuring lots of guns.

To close with the obligatory comparison to a Glock, and at great risk of starting a fan boi war, I like it better than say, a Glock 17. The ergonomics are far better as is the trigger. I didn’t have my protractor handy, but the grip angle seems very close to identical, so it would be an easy transition.