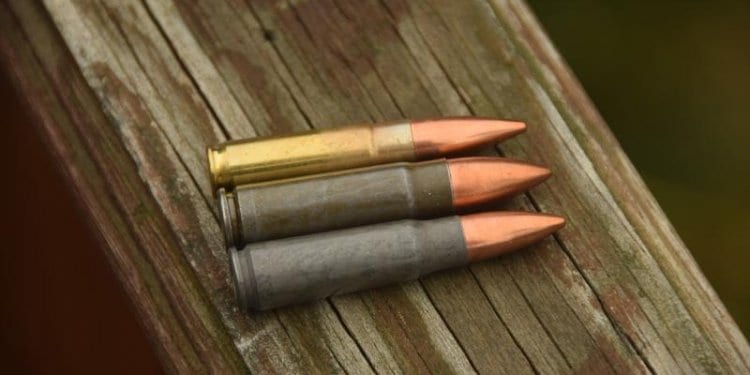 Huge news at Big 3 East Media event this past week. Wolf Ammo officially announced their plans to import a veritable unicorn round, the Russian 9x39mm. If that wasn’t earth shattering, well their plans to offer Glock pistol barrels for under $100 might peak your interest.

Going back to the 9x39mm Wolf ammo. For those of you who are not AK afficionados, this is stupendous news. 9×39 has been an elusive round for importation into the United States. This cartridge was developed by the Russians a couple decades ago for their Special Operations group. Because of that, they have been holding it close to the vest. Russia developed a .30cal 200gr sub sonic cartridge and used it for decades in combat. However they found its performance lacking. So they went bigger and went with a .362 caliber round. Most 9mm that we think about is actually .35cal. This projectile is similar to a 9×18 makarov round in diameter. The 9×39 was developed as a purely sub sonic cartridge. The Russians even developed it for the miltiary with a 250 gr armor piercing core. The AP variants can defeat body armor 400 meters away. However due to US law we cannot import or sell armor piercing ammo for civilian sales. Well Russia has a commercial side of the 9×39 and it is an FMJ 278 grain projectile. Common .300blk sub sonic loads are only around 220 grains. The top photo shows the 9×39 with a brass .300blk subsonic cartridge and a 7.62×39 on either side. Wolf expects this ammo to cost around $1 per round. Not exactly cheap but these are initial prices with small amounts being imported. Once demand, production, and supply increases then of course the cost per round will go down.

But what about guns chambered in this mythical cartridge? There are a few rifles in Russia like the AK-9 and Vintorez however those are not available in the US.

Wolf has been working with “The Barrel Guys” at Tactical Kinetic to make their Wolf A1 upper barrel assembly.  Well they can easily tool up for a 9×39 barrel to make AKs or even AR-15s. One minor hiccup is the magazines. 7.62×39 magazines work great for the 9×39 but standard AR-15 mags do not. The casing of the 9×39 is blown out a little due to the design and actually stacks very well in AR magazines. Wolf has been using ASC 7.62×39 AR magazines in their testing and they actually work better at feeding the 9×39 than 7.62×39 ammo. If you want normal AR15 mags to work then a custom magazine will need to be made. Just like 6.8spc and 6.5grendel have their own magazines. So making guns that chamber and shoot this cartridge will be very easy. All you need is the right barrel with matching bolt and possibly a custom magazine.

The potential for this cartridge is massive. If demand is high enough to drop the cost per round, it could replace .300blk as the premier sub sonic AR cartridge. David Fortier, who has been working closely with Wolf Ammo, stated that the 9×39 cartridge could easily be made in a super sonic form and the bullet would be around 180 gr. Super Sonic .300blk only weighs 125 gr. The shortest barrel length that works for the 9×39 is 5.5″. It potentially could be in a gun as small as the SIG MCX Rattler.

The first batch of ammo will arrive at the end of October. First quarter of 2018 will see even more coming in.

Have I grabbed your attention now? Just look at the flyer below. They are making barrels for almost every Glock pistol available. The Glock 40, 42, and 43 are not on there. According to Wolf, they will only be offered in stainless. But for $99 who cares? Hopefully we will be able to get some of these barrels and test them against the other aftermarket barrels to see how well they work.