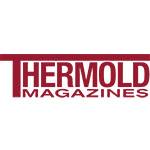 Thermold arrived on the scene decades before Magpul, Lancer and Hexmag—delivering ultra-tough, lightweight polymer magazines that never break the bank.

Founded by William Howard back in the 1960’s, Thermold produced its first high-capacity polymer magazines for AR-15 rifles over 30 years ago, using an impact-resistant, fiberglass-reinforced composite developed by DuPont called Zytel.

Resistant to heat, corrosion, and most chemicals, Thermold magazines were quickly adopted by members of law enforcement and the military thanks to their impressive reliability and weight-saving construction.

Trusted and available decades before the polymer competitors of today, Thermold magazines are available for every major rifle platform from the AR-15 to the AK-47, HK91 (G3), FN FAL and even more modern rifles like the SCAR.

Available in a variety of calibers and configurations for different firearms, Thermold magazines are affordable, time-tested, and trusted by top shooters for everyday practice and plinking.

The company’s reputation suffered a blow when production was licensed to a Canadian manufacturer who used less-than-optimum materials, but standards have since been revised and the company’s headquarters since moved to Fort Smith, Arkansas.

As of today, they remain reliable and extremely affordable—a perfect alternative to heavier or more expensive AR-15/AK-47 rifle magazines from other manufacturers. For whatever they may lack in advanced features, they more than make up for with rugged reliability and maximum affordability.

Thermold magazines are now all proudly made in America and sold with a lifetime warranty to ensure perfect performance for years to come.

There are no products matching the selection.