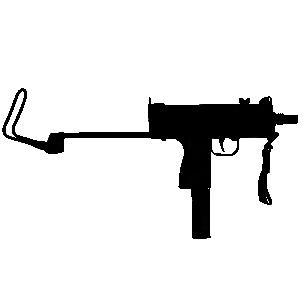 Back in 1964, Gordon B. Ingram developed the plan’s for what would become one of the 21st Century’s most iconic renegade firearms—the MAC-10 Submachine gun …

Built using a simple blowback design and firing from an open bolt, this lightweight, compact submachine gun would go on to become the basis of Ingram’s Military Armament Corporation and one of the most popular weapons on the silver screen.

It shared magazines with the classic M3 Grease gun and its larger carbine counterpart, the MAC Model 6, and shared designs with the MAC-11. Co-Founder Mitchell WerBell added his patented SIONICS suppressor to complete the MAC-10’s menacing look.

Military Armaments Corporation has long since gone out of business, but new factory magazines can still be found (some even in their original wax paper wrapping). Grab a  few while they’re still in stock!