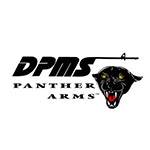 The company was originally founded as a precision machine shop for military-issue firearms like the M14 and M16 back in 1985. From early on, DPMS employed a number of military veterans who have driven development of combat-ready firearms that innovate on older designs.

DPMS became a leader in the market for AR-10 and AR-15 pattern rifles in the mid-2000’s, earning awards for being one of the “50 fastest-growing privately held companies,” based on the quality of their work.

Their Panther LR-308 was introduced in the early 2000’s, earning Golden Bullseye awards from multiple NRA publications for its impressive craftsmanship and marksman-grade accuracy in the field.

Despite its small size and lack of aggressive marketing, DPMS has always gone their own way—relying on unique and innovative manufacturing processes to become a big name in the market for AR-10 rifles and accessories, including their ultra-reliable magazines.

Please note that AR-10 rifles vary in magazine compatibility, so make sure to pick the magazine that matches your rifle’s configuration.

DPMS firearms come with a 3-year limited warranty to protect against defects in materials or workmanship ensuring rock-solid performance for years to come.