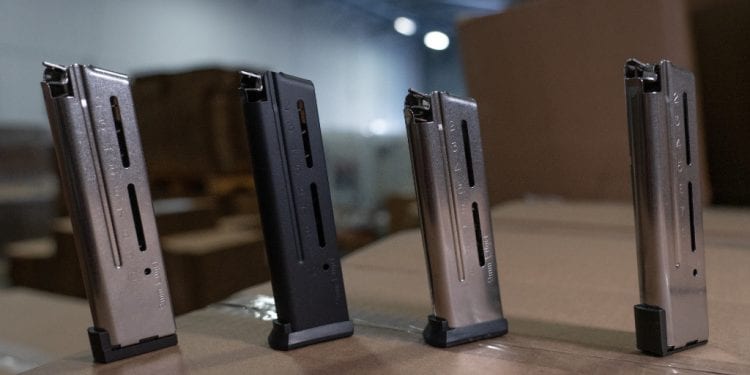 If you’re looking to add some Wilson Combat 1911 9mm magazines to your range bag, you already know the kind of high-quality machining, customer service, and reliability that goes with the brand.

The man behind it all, Bill Wilson grew up learning the precision skills that were part-and-parcel of his father’s jewelry and watch repair business. His interest in firearms sparked when he was eight years old. As he progressed through his youth, those skills contributed to his growing appreciation and understanding of firearms. Later when he took up competition shooting and gunsmithing, he took note of the common problems with 1911s and set about to improve them.

In an interview, Wilson recalls thinking to himself,  “Heck, if I can fix watches, make clock parts and make jewelry, working on one of these simple pistols with big parts shouldn’t be a big deal at all.” 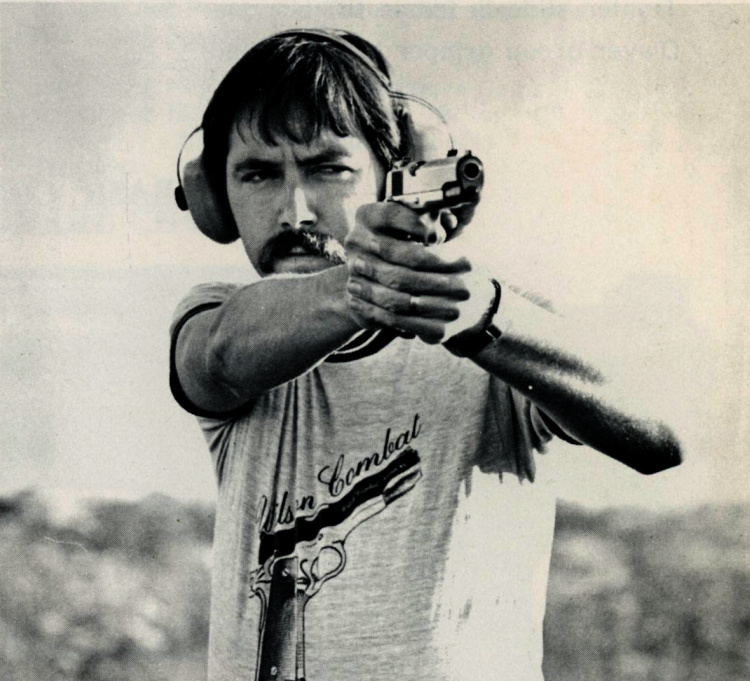 Since then, Wilson Combat (originally Wilson’s Gun Shop) has built a reputation as a leading innovator in high-end custom 1911s, tactical long guns, and accessories.

Indeed, Wilson Combat handguns are so well respected that they are used by a laundry list of law enforcement agencies and armed forces, including Delta Force, Navy SEALs, Department of Homeland Security, US Border Patrol, HQ SOCOM, US Marshal’s Service, US Army, Navy, Air Force, Marines, Coast Guard, Diplomatic Security Service, and the Texas Rangers. The company also has a loyal following in the private world too, in the US, and in many other countries.

It was through competitive shooting that Wilson saw the need for well-built, reliable magazines. Back then, poorly constructed 1911 magazines were the norm, causing too many malfunctions. Knowing that it wasn’t just the competitive world, but also the law enforcement and military that needed better mags, Wilson reached out to Bill Rogers, former FBI agent, master shooter, inventor, and founder of Rogers Shooting School.

Working together, these two highly-skilled men produced what is called the ‘first rock-solid and durable 1911 magazine’. Thinking they had finally solved common 1911 magazine problems like cracked feed lips and unreliable feeding, Wilson enlisted champion shooter and former Delta Force trainer Ken Hackathorn to test the new magazines. Here’s what Hackathorn had to say:

”Back in 1980, Bill Wilson asked me to test some of his new Wilson-Rogers .45 magazines… Well, it’s 30 years later now and I’m still using some of those original 6 prototype magazines that Bill sent me… Through the years they have proven without a doubt to be the most reliable and durable 1911 magazines on the market. I have personally used specimens from various production runs through the years and have yet to see any quality variation or have one let me down in any way. They are my first and only choice as well as the choice of the elite Special Forces units I train. I trust my life to a Wilson Combat pistol and 8-round Wilson magazines; so can you.”

There are lots of reasons that 9mm is a popular cartridge, from pricing to carrying capacity to lower recoil. Guess what? It’s even Bill Wilson’s favorite round, “For everyday shooting and self-defense, the 9mm (but I also like the .45 ACP and .38 Super). A 9mm is easier to shoot and the least expensive to feed of all centerfire calibers.”

That said, no matter what round you’re using, it’s only going to be as good as the shooter. As Wilson advises, “…get professional training and shoot it a lot. Practice some standard drills, record your scores and focus on improving.”

All Wilson Combat Custom 1911s ship with two magazines—which, realistically, is the bare minimum for EDC, though many will argue that the minimum is three mags, and yet others prefer to carry 5-6 magazines. Wherever you fall on that spectrum, it’s reasonable to say you’re going to need extra mags. Especially if you want to get the most out of your training time. Here’s the list of mags that’ll feed your Wilson Combat 1911 in 9mm from full-size down to the Sentinel.

We have four Wilson Combat basic ten-round mags: two stainless steel and two blued steel. Each of those is available with either an aluminum polymer ETM base plate.

All four of these magazines have a Fiber-Fill Nylon Self-Lubricating follower for smooth feeding.=. The stainless steel 10-rounder comes with either an aluminum base plate or a polymer ETM base plate. The blued steel mags to the right are also available with an ETM baseplate or aluminum baseplate.

You probably already know who Larry Vickers is, but just in case, he is a highly respected figure in the firearms industry. A retired US Army 1st SFOD-Delta combat veteran, he’s logged years in the industry as a combat marksmanship instructor and industry consultant. 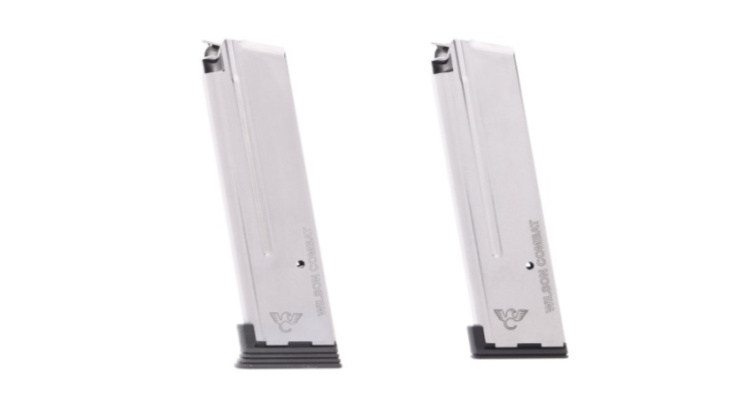 These are the Vickers Duty 10-round magazines. Your choice of the beefy steel base pad or the more flush fit aluminum base pad.

The Spec Ops 9 was designed to appeal to the concealed carry crowd with a higher capacity and constructed with a lightweight polymer. And really, 16 rounds is pretty darned impressive. 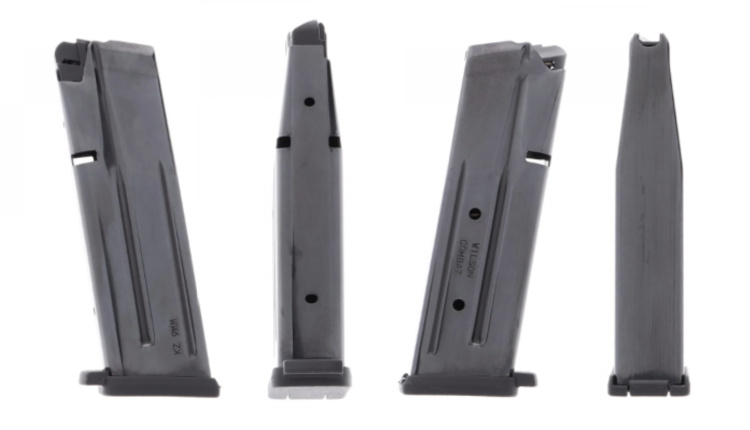 This factory steel KZ 9 double-stack magazine will also work with the KZ 9.

We’ve got two options for your compact Wilson Combat 1911 in 9mm. The difference between them is the basepad.

Wilson Combat 1911 9mm Compact 9 round magazines. To the left, the option with the EMT basepad. To the right, the mag with a low profile steel basepad.

With the KZ 9, you get Wilson Combat quality, with higher capacity in a compact package. 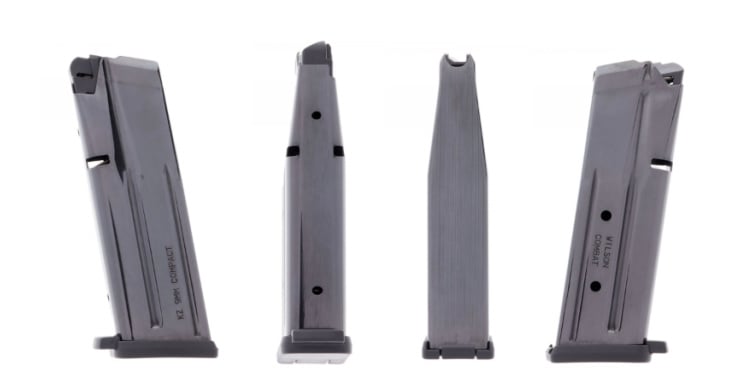 This is the factory Wilson Combat KZ 9 14-round magazine with a nice black polish.

Measuring at 1/2″ shorter grip than a compact model, the Wilson Combat Sentinel weighs in at 39.2 oz, loaded. It has a 3.6” bull barrel with a tapered cone to concentrate as much weight as possible towards the muzzle. Here’s the 8-round mag for it. 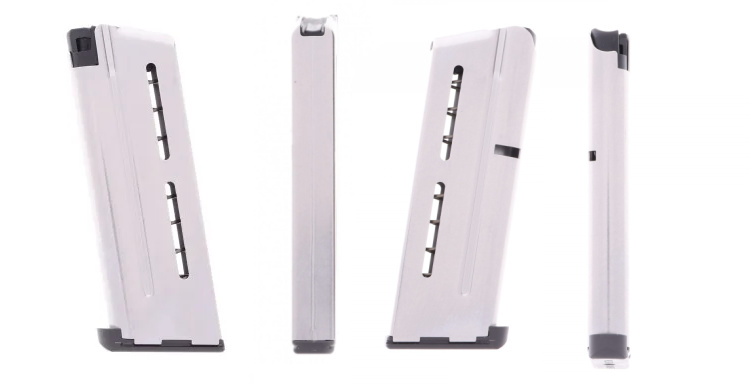 Wilson Combat magazines have a lifetime guarantee so if your magazine breaks or if you experience problems with it during normal use, they’re going to take care of it for you.

Want to read more about the company? Check out the Wilson Combat archives to see everything we’ve got so far.

Shopping for 1911 Magazines Can Be Confusing — Read This!