Can You Turbocharge Your .45? 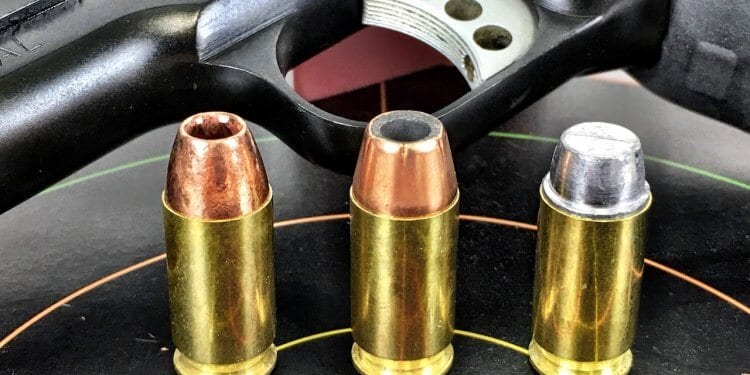 Well, assuming you have a modern .45 ACP pistol with adequate strength, you can. Everything else is the same: barrel, magazines, and projectiles. 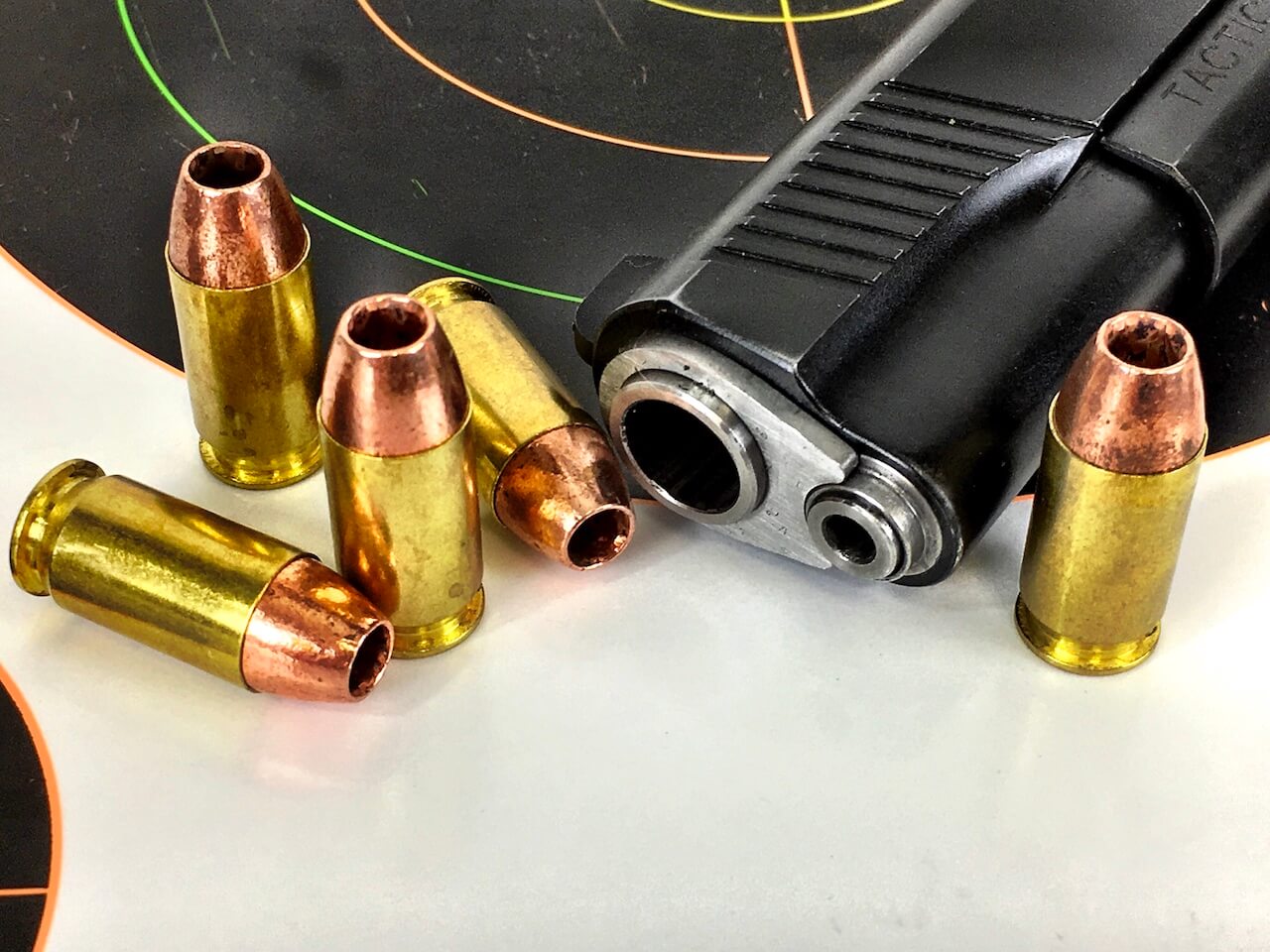 New life for the .45? These 16-grain Barnes TAC-XP all copper bullets zip along at over 1,300 feet per second.

Almost 20 years ago a company called Triton launched a cartridge named the 450 SMC. It shares exterior dimensions and bullets with the .45 ACP but packs more wallop. Here’s how it works. The case, while the same on the outside is NOT standard .45 ACP brass. Instead, 450 SMC brass uses a small rifle magnum primer.

That seemingly insignificant change allows for two different things. First, the beefed-up heat and flash cause more aggressive ignition of the propellant charge. Second, fewer cubic millimeters of primer material translates to more cubic millimeters of cartridge brass in the base area. That extra metal in the case allows the cartridge to operate safely at five to six thousand more pounds per square inch of pressure without bulging or rupturing. The result of those changes is that a .45 ACP pistol rated for +P ammo can also fire the 450 SMC cartridge. That even applies to Glocks with their less than fully supported chamber.

A few years ago, Doubletap Ammunition bought the rights and gear to bring the 450 SMC back to the market. As of now, the company is offering six different loads ranging from a 160-grain Barnes TAC-XP all-copper projectile to a 255-grain hard cast semi-wadcutter. In the middle are JHP and bonded bullet offerings in the more traditional 185 and 230-grain range. 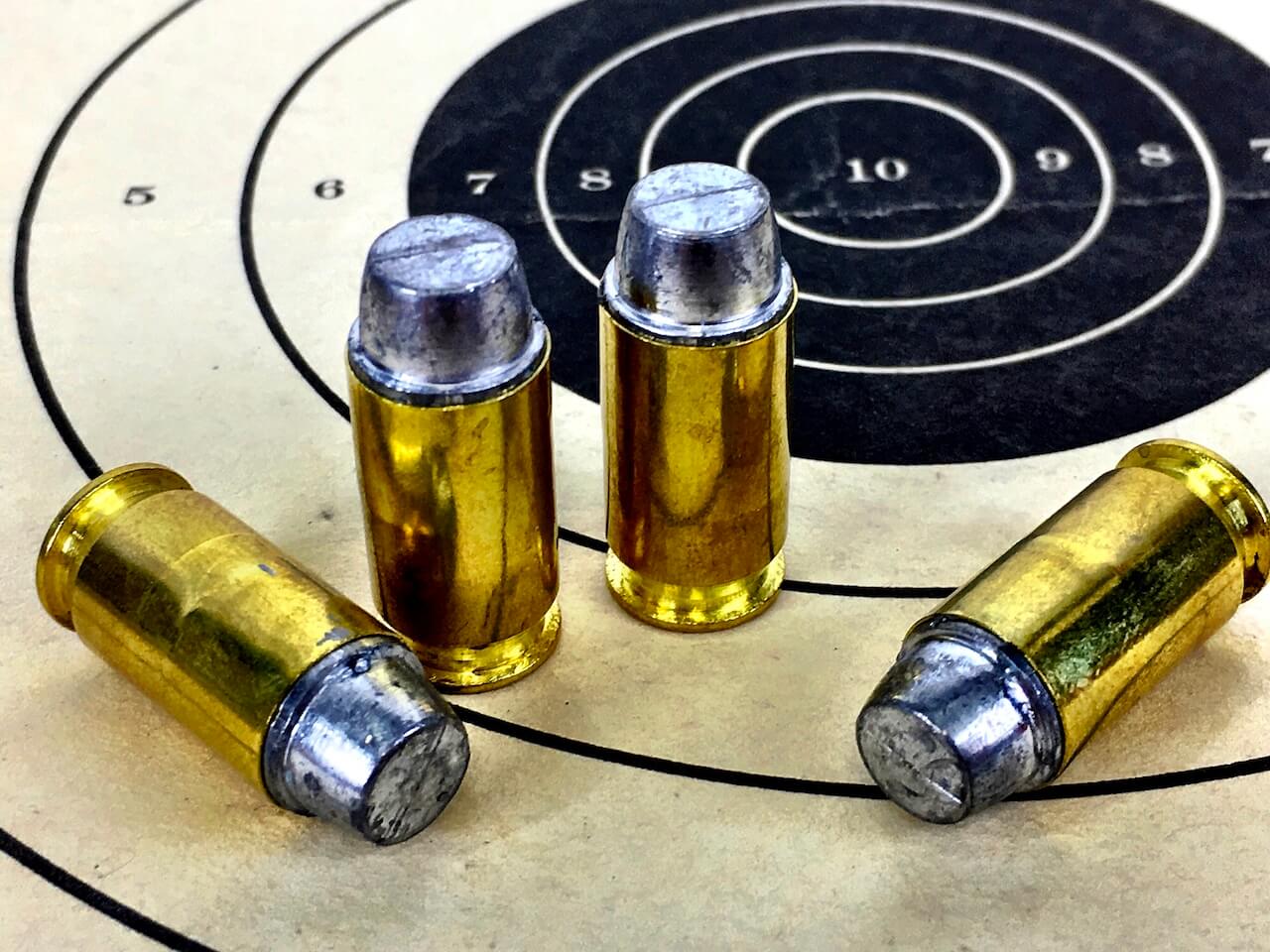 The 255-grain hard cast loads can help give your 1911 or other 45 new life as an outdoor activity companion.

I’ve shot them all through two different pistols, a Springfield Armory 1911 TRP and an FN FNX 45 Tactical as well as the new CMMG Banshee .45 ACP pistol. Recoil is noticeably sharper because, well, physics is physics, so the faster you launch, the more you feel. I measured some velocities for kicks and found the following.

So, there you have it. If you feel compelled to get more oomph from your .45, then you might want to check out the 450 SMC. If it’s going to be a regular diet item, you might want to consider upgrading the recoil spring to a higher weight alternative to save some wear and tear on your pistol.