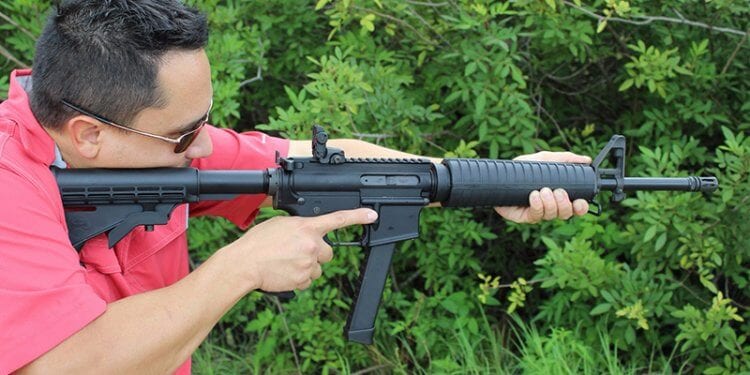 TorkMag started out making a different AR-15 magazine. They focused on the spring and follower design. By changing the way the magazine lifts the rounds upwards, they are able to increase capacity in regular sized AR15 magazines. So what would normally be a 30 round magazine now holds 35 rounds. They also make a 50 round magazine that is just a litle longer than a traditional 40 round magazine. 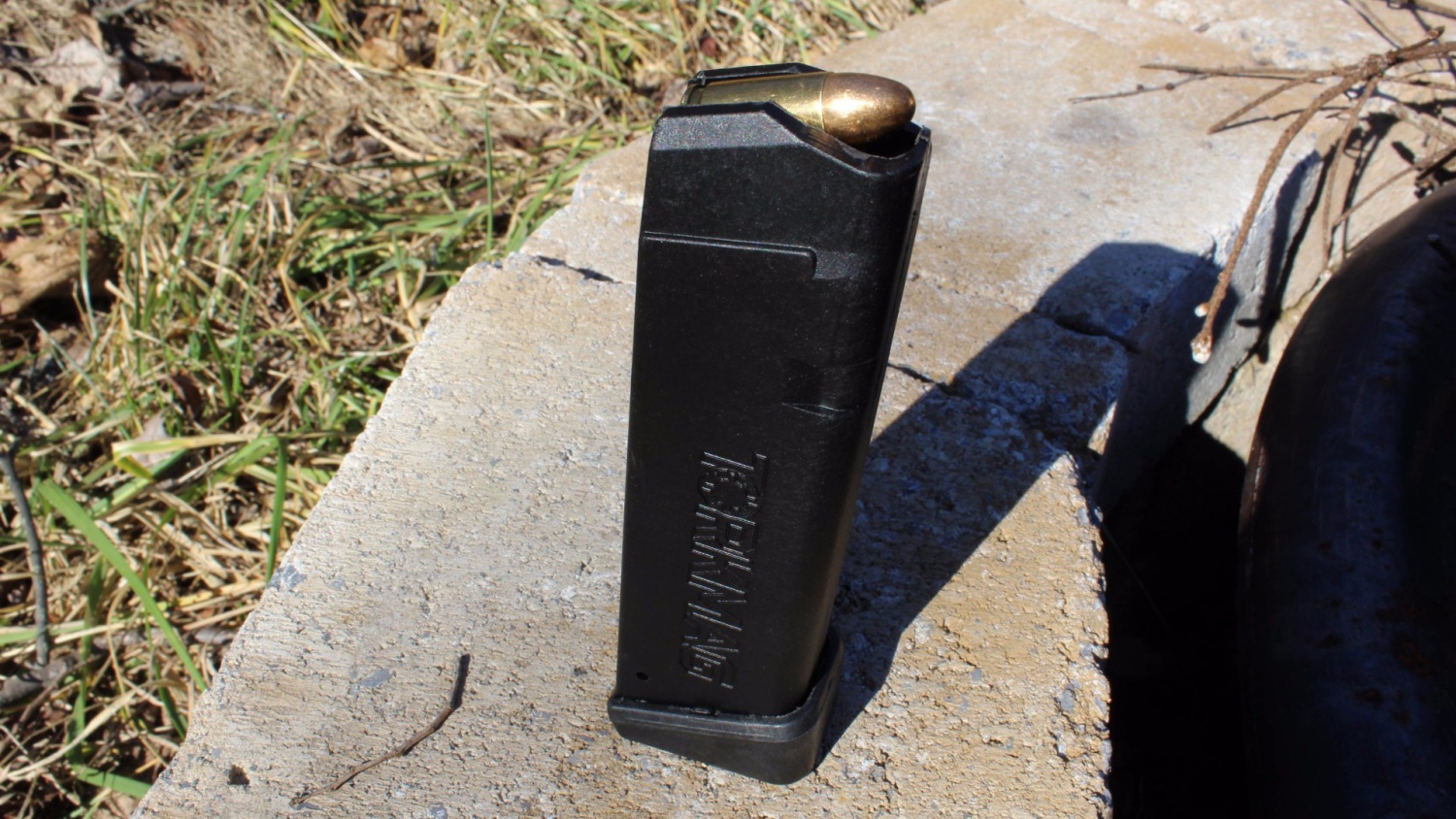 Well now they are targeting the Pistol Caliber Carbine world and handguns. Their G17 magazine holds 20 rounds however it does come with a +2rd extension. In that case they were able to increase capacity by a single round since the Glock 17 magazines hold 17 rounds and a +2rd extension brings it up to 19 rounds. More importantly though is that the TorkMag G17 magazine will have a molded mag catch notch along with the standard Glock mag catch notches for use in their G-Block. 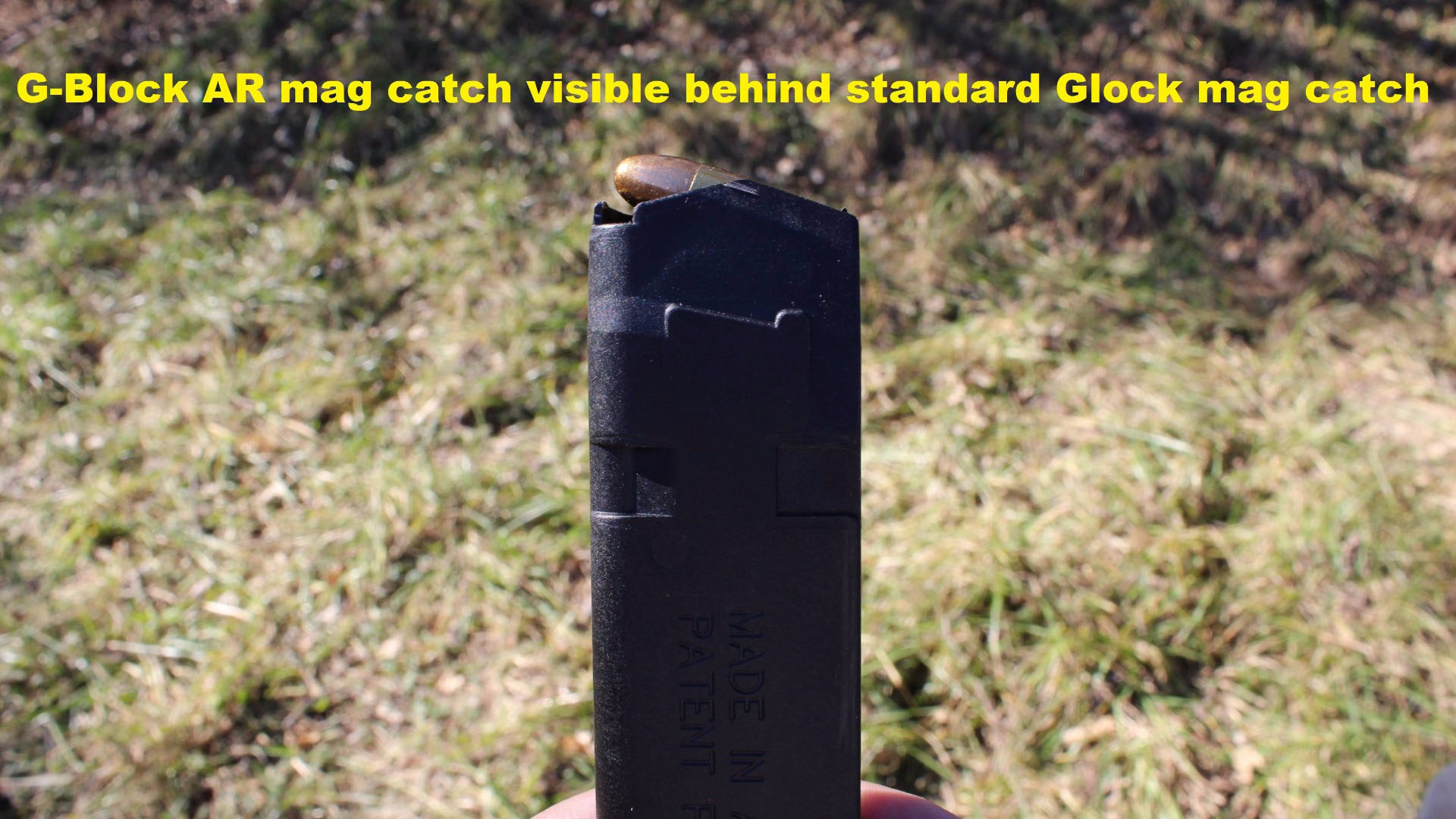 The G-Block is a drop in AR-15 magwell adapter that allows you to use 9mm or .40 S&W Glock magazines. 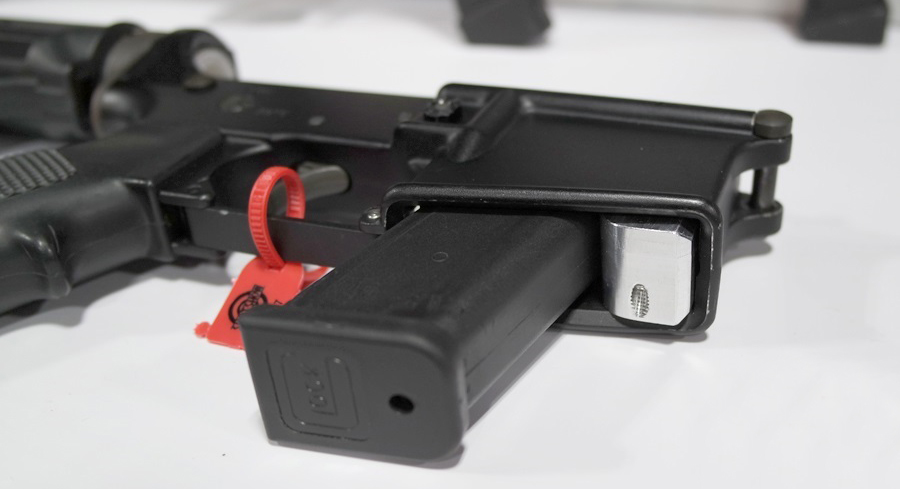 The G-Block uses standard Glock magazines but they do need some modification. The G-Block makes use of the AR-15 mag catch so you need to cut a new notch in the magazine to work with the G-Block.

Here is a video TorkMag posted.