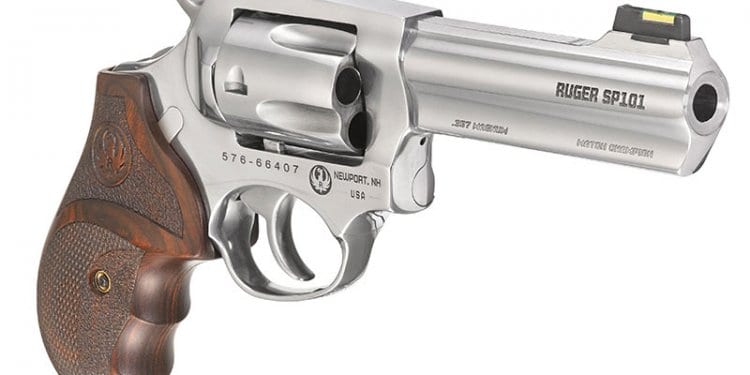 With panic buying waning, companies like Sturm, Ruger & Co are introducing new models and variants as a way to boost sales. New versions of existing gun designs can bring in repeat buyers and entice shooters to consider a line that had been overlooked before.

Case in point: the Ruger SP101 Match Champion. In one form or another, the SP101 has been around for nearly 30 years. During that time, the wheel gun developed a reputation as a dependable revolver that is suitable for just about anything you can throw at it. It has been chambered in three magnum cartridges – the .32, .327 and .357 – as well as other rounds like the .22 LR, .38 Special and 9mm. 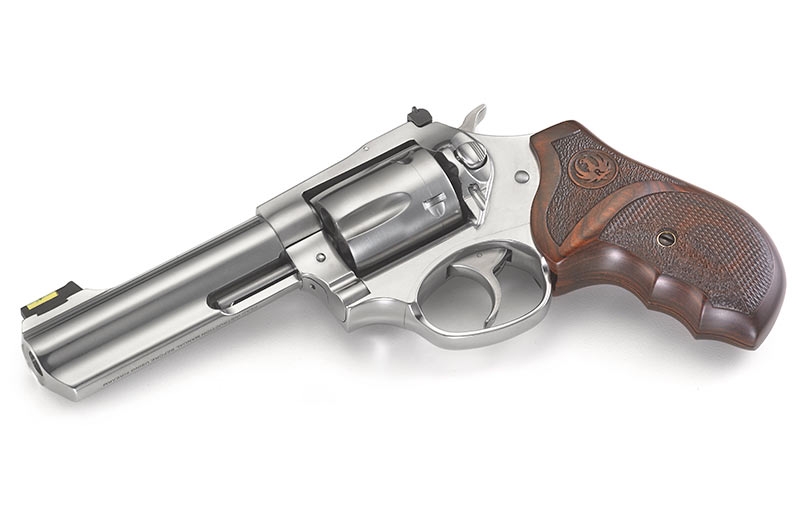 With the .38 Special cartridges, the cylinder will hold five rounds. This puts it in competition with Smith & Wesson’s J-frame revolvers. However, many people will advise that the stainless steel SP101 will withstand a great deal more abuse than the typical aluminum frames used by Smith & Wesson. Of course, the tradeoff is that the Ruger guns are heavier. For a pocket gun, that can be a big deal.

The new Match Champion, however, is no pocket gun. Rather, it is a full-size revolver with a 4.2” barrel and semi-custom grips that is said to deliver competition level accuracy. Ruger adds an 11? target crown to the barrel for optimum precision.

I find the new gun is quite interesting. Since it uses the standard SP101 frame, it only packs five .357 Magnum rounds into the cylinder. This puts you at a capacity disadvantage, but offers a revolver that is 8 ounces lighter than its bigger brother: the six shot GP100 Match Champion. A five round cylinder is also thinner than a six rounder, meaning the gun could be easier to conceal should you want to use this gun for personal protection. 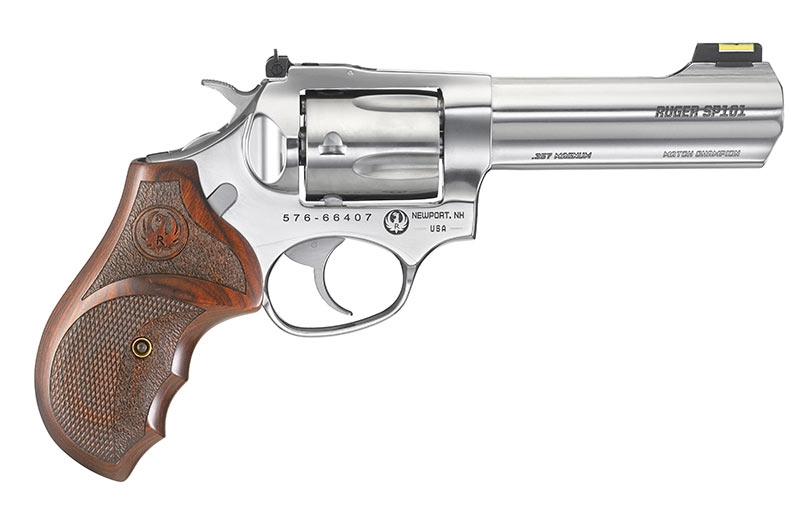 In my experience, the sights are good for either target shooting or self-defense. Up front is a bright green fiber optic sight that should be easy to see in a range of lighting conditions. It appears to be fairly large, so I would expect it to gather a lot of ambient light and provide the brightest aiming reference possible. The rear sight is a simple adjustable sight.

A lot of the match grade work is not visible. Specifically, the company polishes and centers the internals for a smooth double action pull. The single action trigger pull is said to be crisp and consistent.

I like the look of this gun a lot more than I would have imagined. While I don’t see myself carrying it for self-defense, I would have a great deal of fun using it to punch holes in paper. Although it is perfectly capable of hot magnum loads, mild 148 grain wadcutters would be my load of choice to see just how good I could get with it. My only problem would be keeping it clean. But, I guess that’s what they make cleaning kits for.