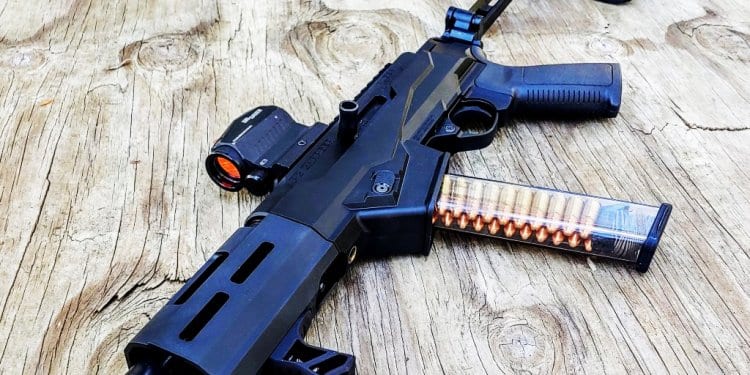 I’m not sure which group of people is more annoying: the “Does it take Glock Mags?” people or the “Will it cycle mini-shells?” people. Probably the latter, but either way, I can satisfy the first group. The PC Charger from Ruger is their latest-and-greatest gun in the PC Carbine line. That said, this isn’t a carbine, but a pistol. A really big pistol. The Ruger PC Charger comes with both the Ruger SR series magazine well and a Glock magazine well.

Let’s be real; that was a baller move on Ruger’s part. 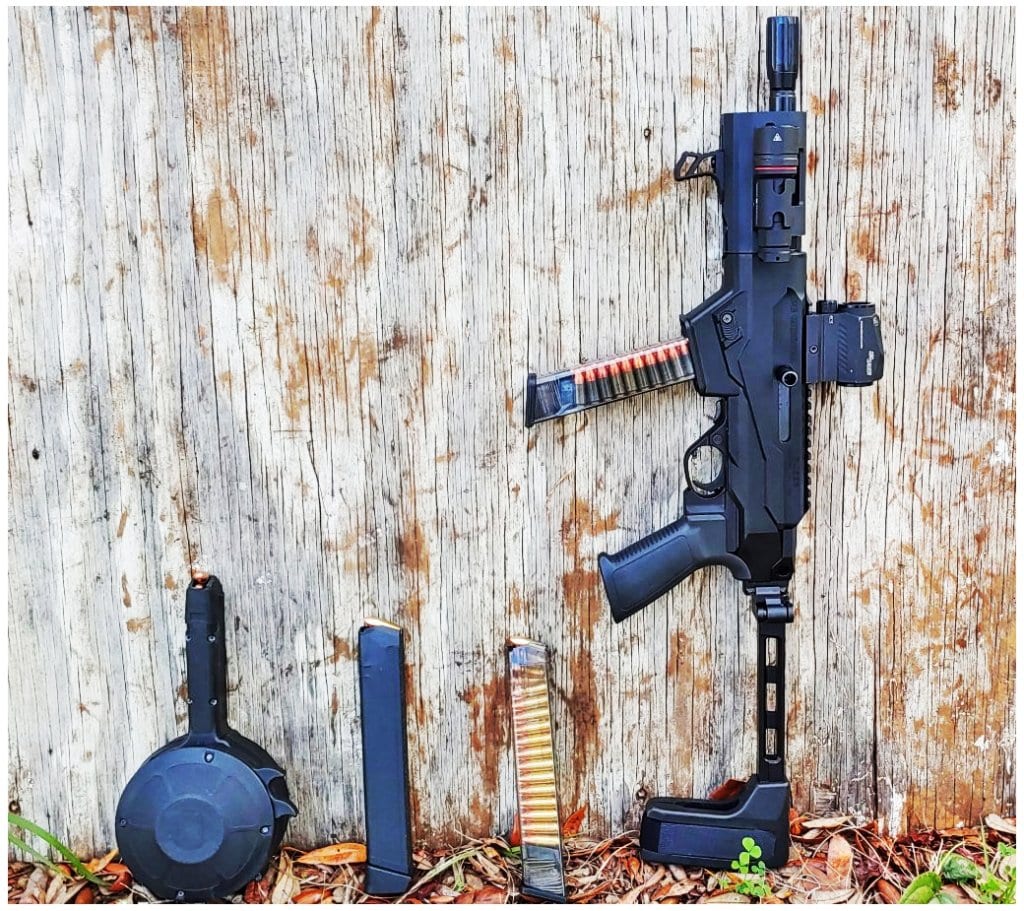 It was humble and made their weapon appeal to a more substantial part of the community. The ability to use Glock magazines opens it up to cheap extendos from ETS, and KCI, as well as the most inexpensive OEM magazines on the market. Don’t forget we have access to drums for Glocks from KCI that make this little gun into quite the little chopper.

What Exactly is the Ruger PC Charger?

The Ruger PC Charger sports a 6.5-inch barrel and uses the same modular chassis as the tactical models of the Ruger PC Carbine. The barrel is removable so it can be broken down into a much smaller weapon. The chassis has a 1913 rail to accommodate MCX style braces of which I’ve added — this was a gift from our friends at SB Tactical. The FS 1913 brace is one of my favorites and the perfect addition to this weapon system. It takes what is a relatively clumsy weapon and makes it much more tolerable. 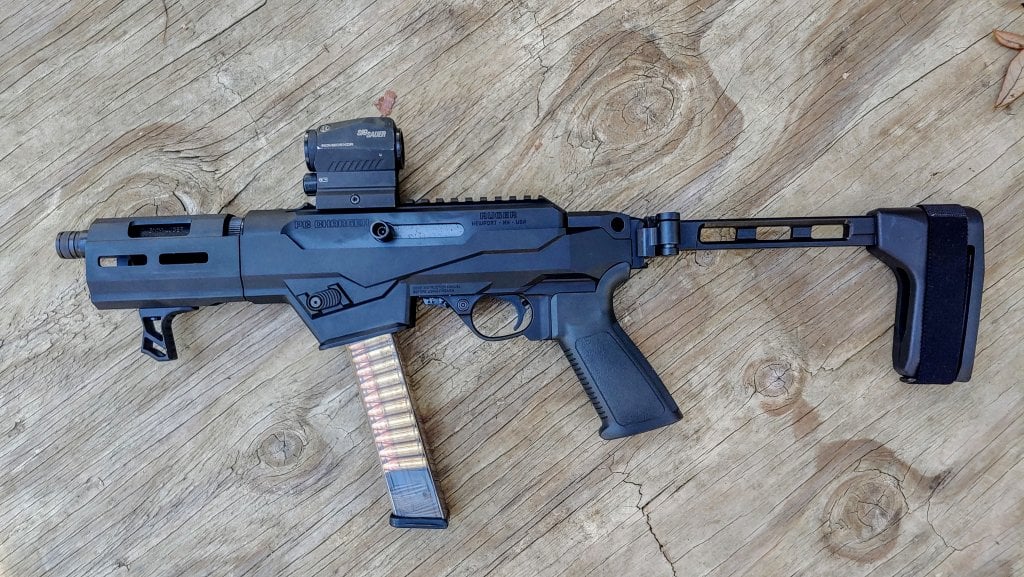 The PC Charger is the pistol version of the Ruger PC 9.

With the SB Tactical FS1913 brace, this would be the most modern TEC 9 on the planet. It’s a little big and a little bulky and a little hard to handle without a brace. The little gun weighs a mere 5.2 pounds but feels a bit heavier in a traditional pistol shooting stance. The handguard design makes it a bit easier to get a grip on the forward section of the gun, but it’s just a little messy without a brace.

The PC Charger doesn’t come with iron sights but does have a scope rail. A quick toss on of a red dot gives you a competent sighting system for a 9mm sub-gun. I used the SIG Romeo5, and it proved to be a perfect height for the brace equipped PC Charger. The handguard gives you a few M-LOK slots with a hand stop that comes with the gun. The barrel is free-floating, too, although a 9mm sub-gun isn’t exactly known for its accuracy. 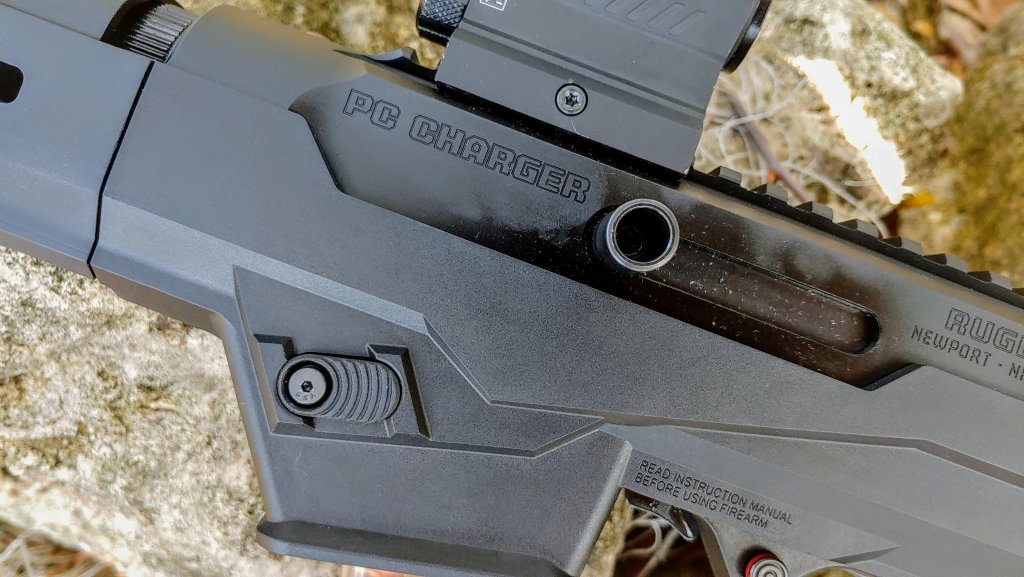 The included AR 15 pistol grip is nice, and I like that I can swap the pistol grip with any other on the market. I like the included model, but I can see Magpul fans making a swap. Tritech Tactical makes an AR grip that will house a Glock magazine if you want to carry a reload onboard your PC Charger. The options are all yours. 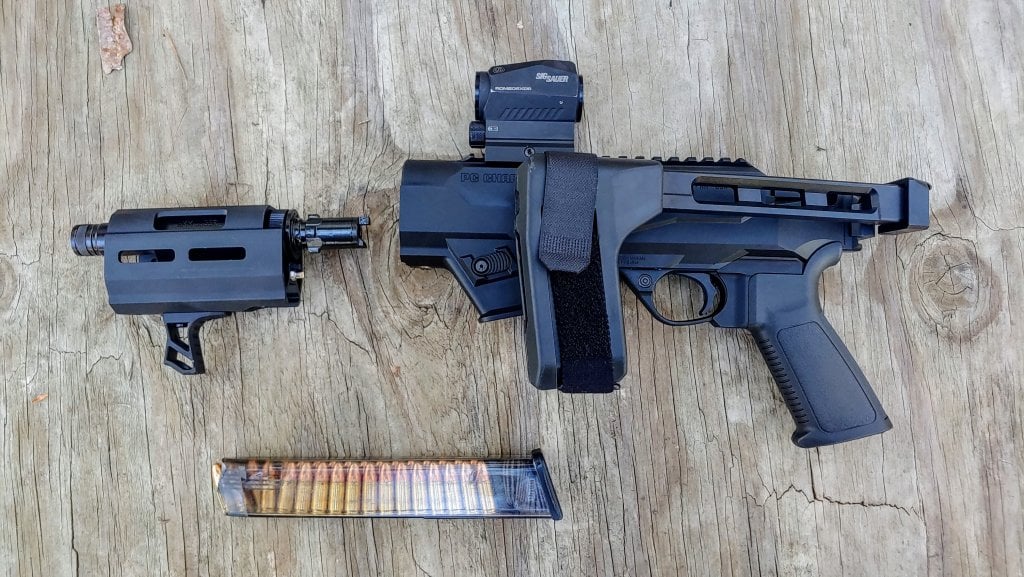 Speaking of options, the barrel is threaded with a ½ x 28 thread pitch, so toss on the muzzle devices or suppressors or your choice. The PC Charger is plenty modular and gives you options for attaching muzzle devices and accessories at your leisure.

Holy crap did Ruger put an excellent trigger in this gun. I’m impressed. Especially after spending time with other PCCs. The trigger often seems like an afterthought. To be fair, the 9mm and most pistol rounds aren’t super accurate long-range rounds, but I can still enjoy an excellent trigger and shouldn’t have to spend MPX money on it. 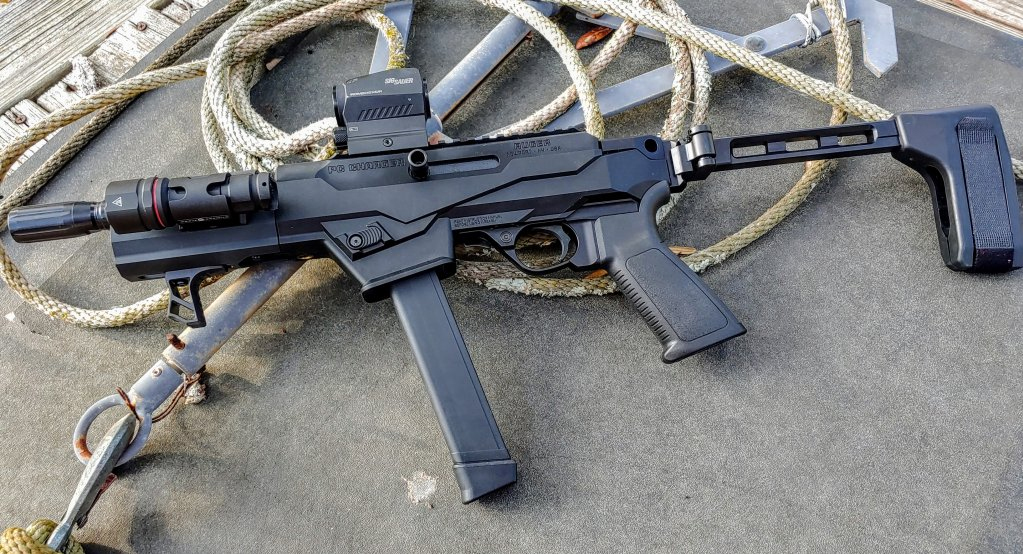 The trigger is light and the pull is short. It breaks cleanly and gives you some excellent feedback. The PC Charger is a joy to shoot, and the trigger is a big part of that. It also leads us to the realm of accuracy. The gun is quite accurate, and the light trigger makes double-taps a breeze.

At extended ranges, let’s say a 100 yards or so, the accuracy of the gun gets a little wobbly. You can keep inside the torso of a man-sized target, but you won’t be making precision shots. Fifty yards and closer is a real sweet spot for this gun. Inside that range, you can drop targets with prejudice.

So 9mm guns are rarely rough shooters but have you ever noticed they recoil almost as bad as a AR 15. That’s not saying much because the AR 15 is a soft shooter. It’s a bit much for a 9mm, and to be clear, it’s only because of the blowback operation of most of these guns. The Ruger PC Charger is a blowback-operated gun but uses a unique recoil reducing system. 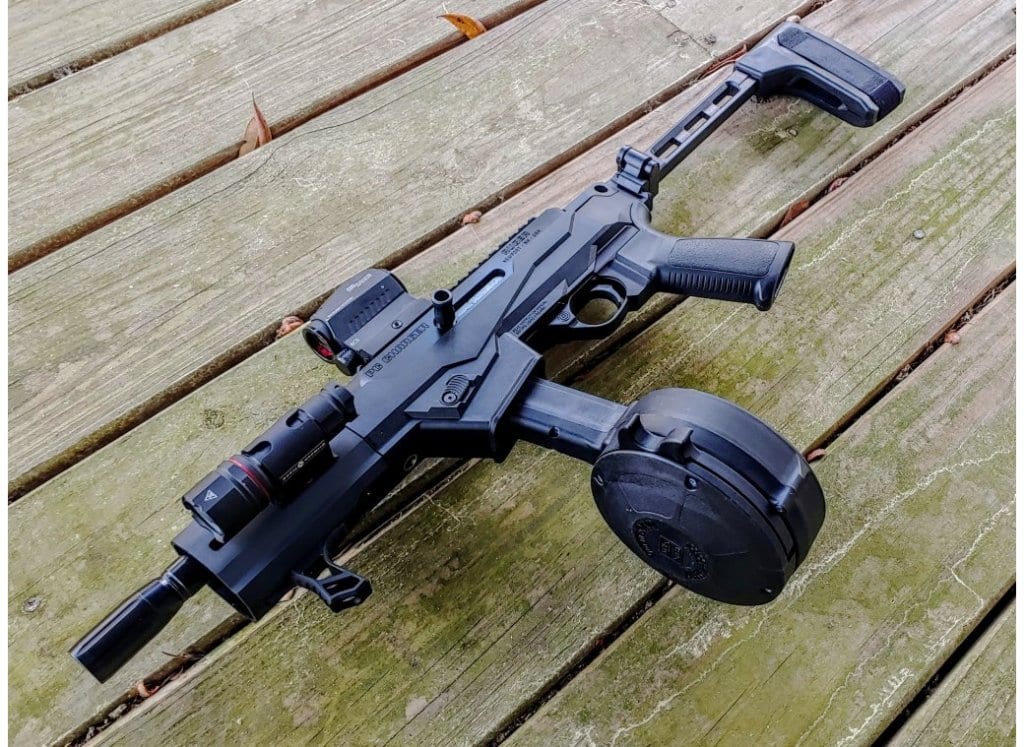 Reliability has been 100% with the gun over a wide variety of ammo types. This includes the good stuff from SIG like their 115-grain FMJ loads and their new 124 grain M17 loads. It even runs with the cheapest most Eastern block steel ammo I can find. Predictably it has the best accuracy with the SIG M17 JHPs. I’ve yet to clean to it, or oil it, or generally care for it, but here we are running hot and doing it well. 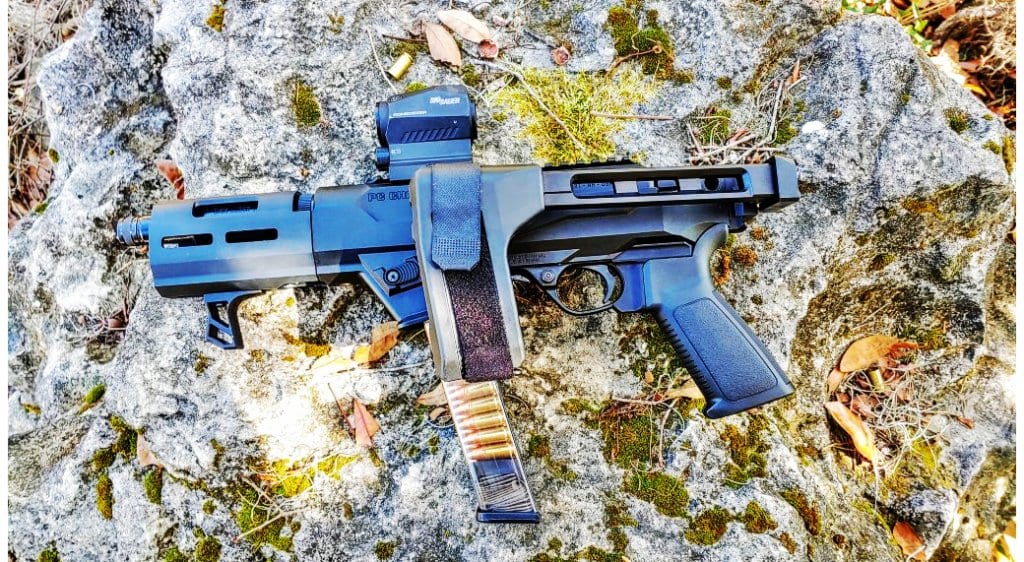 The price is where the PC Charger is going to make its big splash. It’s a great gun, and it’s coming in at a great price. The MSRP is $799, but similar carbine models have been going for as little as $650 street price. That puts it below the CZ Scorpion and MPX, and right around the same price as the Stribog — but it’s made in America. It also takes common magazines, has a good aftermarket, and a great warranty. The Ruger PC Charger is going to take the market by storm and be a damn good firearm at a killer price. 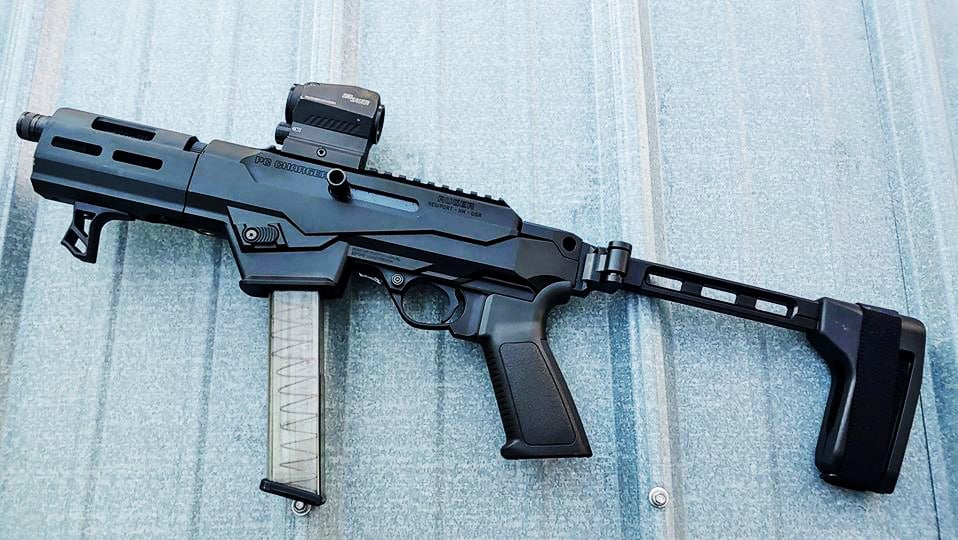