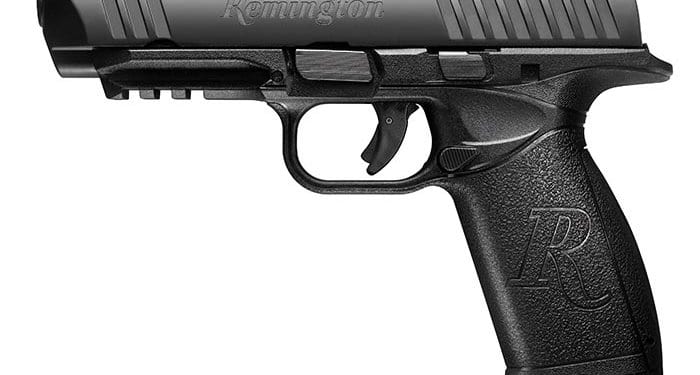 Remington announced a pair of new polymer pistols that are called the RP9 and RP45 respectively. The two new handguns are full-size weapons more suited for home defense and police use than for concealed carry.

The RP9 is chambered in 9mm and each magazine holds 18 rounds, though limited capacity 10-round magazines will also available. Remington selected a 4.5” barrel for these pistols, which definitely puts this gun into the duty gun category. Its overall length is nearly 8” and it is more than 5.5” tall. Unloaded, the gun weighs more than 26 ounces.

Remington eschewed the traditional hammer-fired action on this gun and opted instead for a striker-fired system. According to the company, the trigger pull weight is between 5.5 and 7.0 pounds. Remington claims the pull is light with a crisp break and short reset. The proof will ultimately be in the hands of the guns once they are delivered.

The RP9 has many of the features that handgun shooters have come to see as standard including an accessory rail, undercut trigger guard, and interchangeable back straps.

With the range of size adjustments made possible by the swappable back straps, Remington claims these pistols will fit 95% of all shooters.

Very similar to the RP9, the Remington RP45 is a full-size pistol with a polymer frame and striker-fired system. Chambered in .45 ACP, this larger bore gun holds 15+1 rounds with a standard capacity magazine. Remington makes 10 round versions available for residents of states that prohibit citizens from using normal magazines. 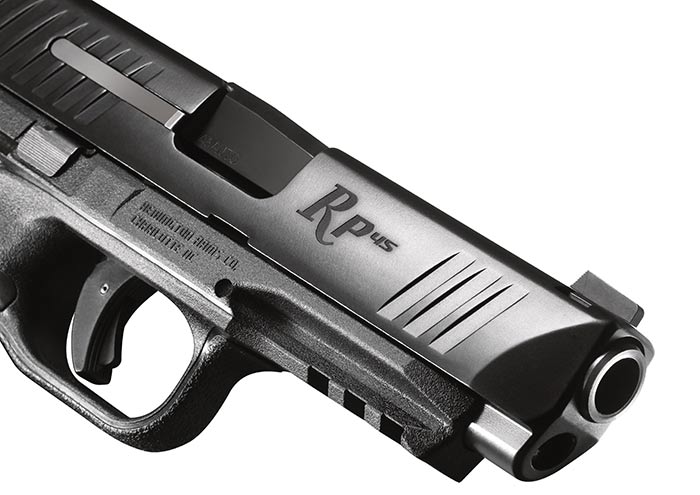 What I find interesting is the RP45 has the same external dimensions as the RP9. Typically the .45 ACP cartridge necessitates a wider body. It would seem, therefore, that Remington started this design with the RP45 in mind and then adapted the platform to the 9mm. That seems to follow the same progression that Springfield Armory took with its extremely popular XD-S line of compact pistols.

Since the RP9 and RP45 are both the same size, I would expect that holsters for one should work for the other.

Remington has not started shipping these guns, but I would expect to see the company announce a date at the SHOT Show in January. No word has come from Remington on a suggested retail price either. Rumors put the MSRP at about $500, but I suspect that is a little low. Ruger is well known for making good quality, affordable guns. Its Ruger American Pistol carries a retail price of $579. I would expect Remington to come in at about the same point.