Why You Want A Modern, Drop Safe Handgun 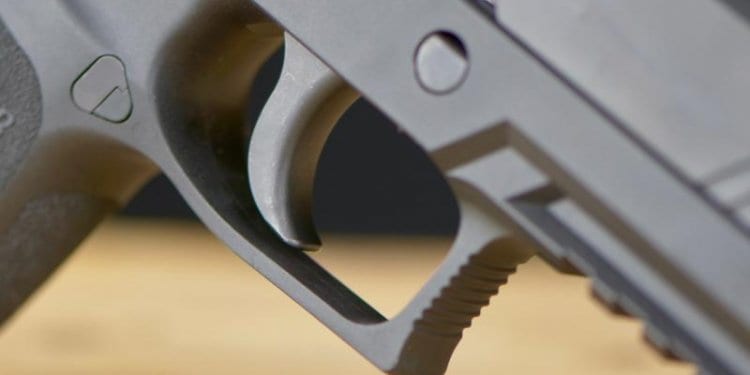 Guns are often assigned adjectives that really don’t fit.  Those that fear or dislike guns might call them “dangerous” while those that appreciate the many positive aspects of guns tend to view them as “safe.”  In reality, guns are simply inanimate hunks of metal and/or plastic and can only take on the intentions of those that posses them.

Today’s handguns are full of devices aptly called “safeties” that help the user avoid errors with the gun and that makes sense.  There are “thumb safeties” “grip safeties”, “trigger safeties” and “firing pin safeties” all intended to help make sure that the gun doesn’t go off when it isn’t supposed to. 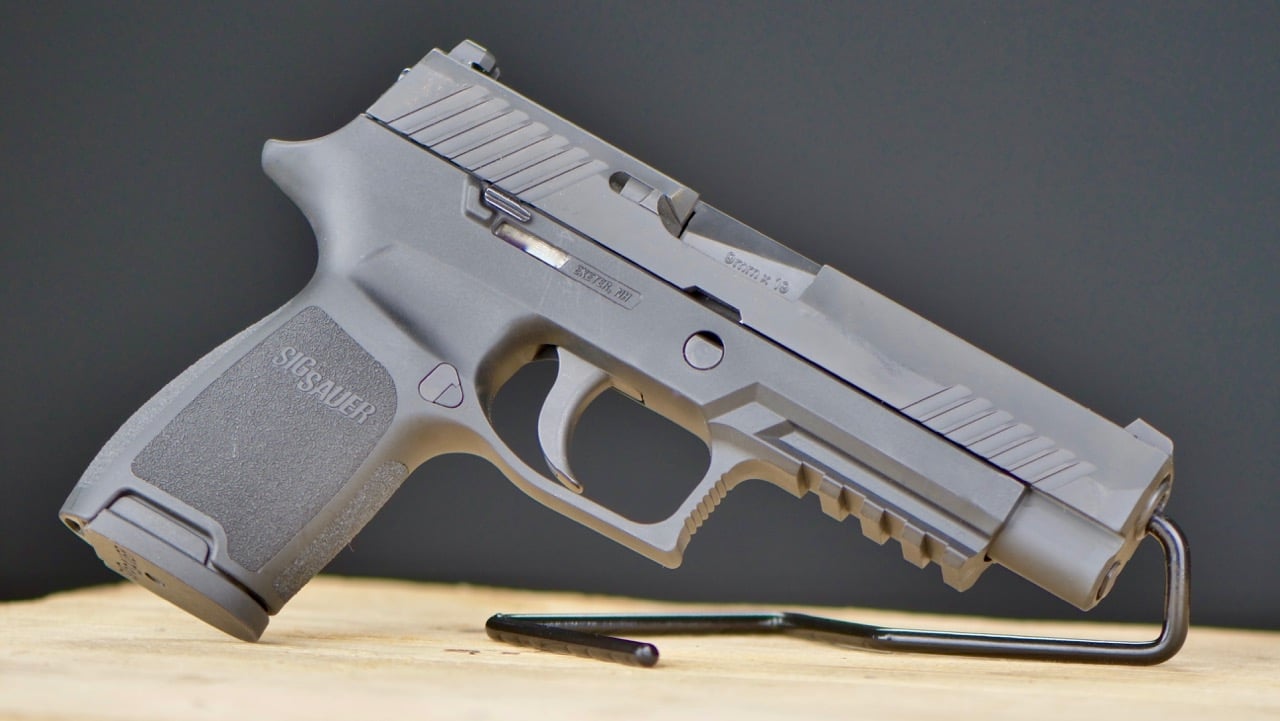 Not all handguns have all the different kinds of safeties, but all modern handguns have safeties that are intended to keep the gun from inadvertently firing when the gun is dropped.

How Could a Handgun Fire if Dropped?

Loaded handguns aren’t exempt from the laws of physics and as a result, an object in motion continues in motion unless acted on by an outside force.

Imagine a loaded gun falling through the air with the muzzle pointed to the ground.  As the muzzle strikes the earth, the travel of the gun is stopped by the ground, an outside force that is much greater than the force of the falling gun.  Internal parts however, may not be stopped.  Take the firing pin or striker for instance.  If the mass off the firing pin or striker were enough to overpower the springs holding it in place it could continue in motion and strike the primer of a round in the chamber.

Flip it around.  Literally.  Imagine that the gun is falling to the earth muzzle up.  When the back strap of the gun and the rear of the slide strike the ground the gun stops, however, other parts could remain in motion.  Parts like the trigger.  If the force of the drop is great enough, the mass of the trigger is large enough and the stopping of the fall abrupt enough, the trigger could continue its rearward travel and fire the gun.  This isn’t terribly likely.  What is more likely is that the trigger could move far enough to the rear to deactivate the firing pin/striker block allowing the gun to fire as a result of it’s own momentum.

These scenarios are part of the reason that for years people carried guns in “condition 3” with the chamber empty and the hammer down.

Thankfully, modern engineering has found solutions to these issues. 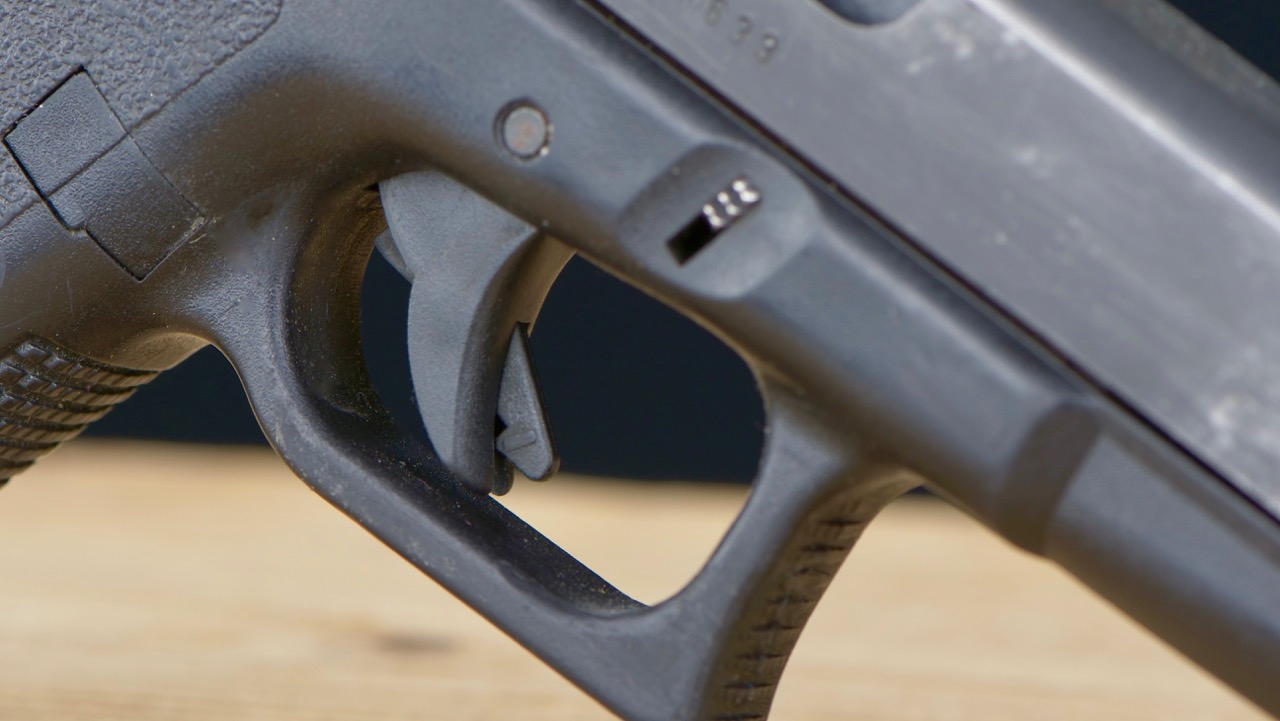 How Do Manufacturers Prevent Dropped Guns From Firing?

There are two primary types of safeties that modern day handguns tend to have to ensure that they are drop safe and those two safeties tie in directly with the scenarios I described above:  Firing pin/striker blocks and trigger safeties.

The firing pin/striker block is a physical barrier that keeps the firing pin or striker from moving forward and striking the primer on the chambered round. 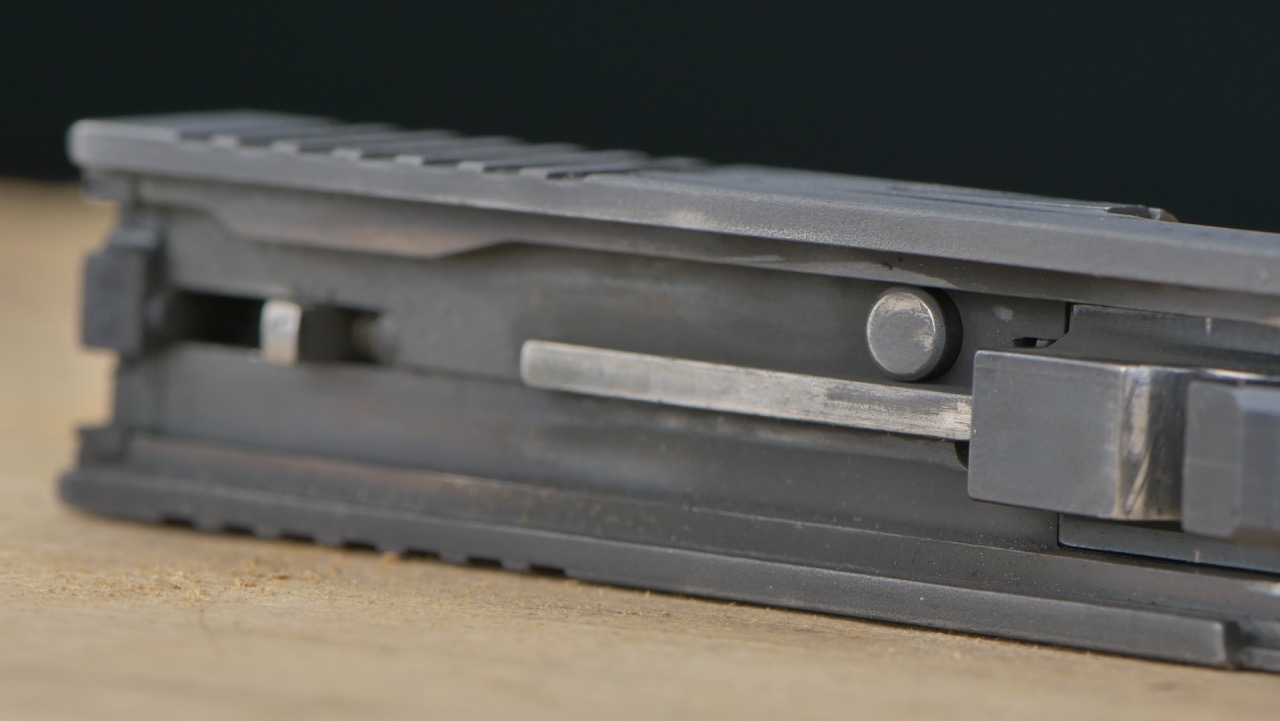 Typically striker and firing pin blocks are housed in the slide and appear as a plunger.  The firing pin can’t move forward until the plunger is pressed during the rearward motion of the trigger.

This type of safety, when engineered properly, will prevent an unmodified gun from firing when dropped muzzle down. 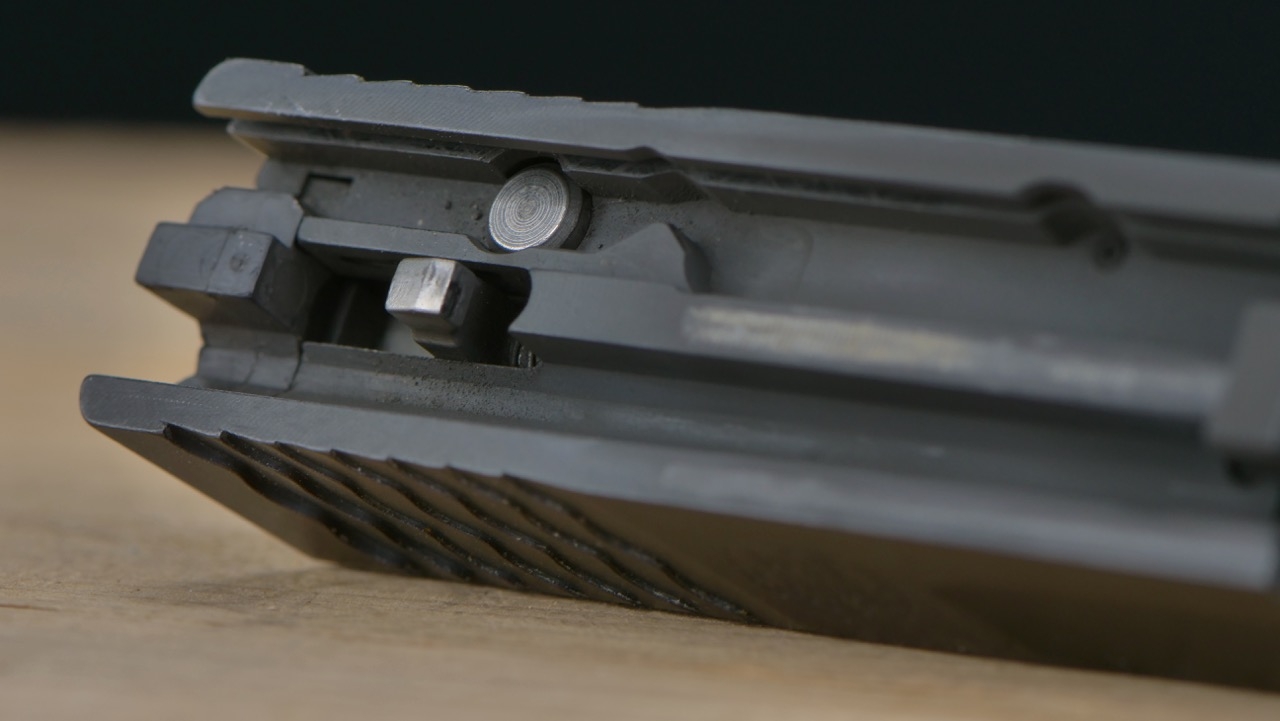 This type of safety isn’t infallible.  Remember, the rearward motion of the trigger deactivates this safety so that the firing pin can move.  This is one of the reasons that trigger safeties exist. 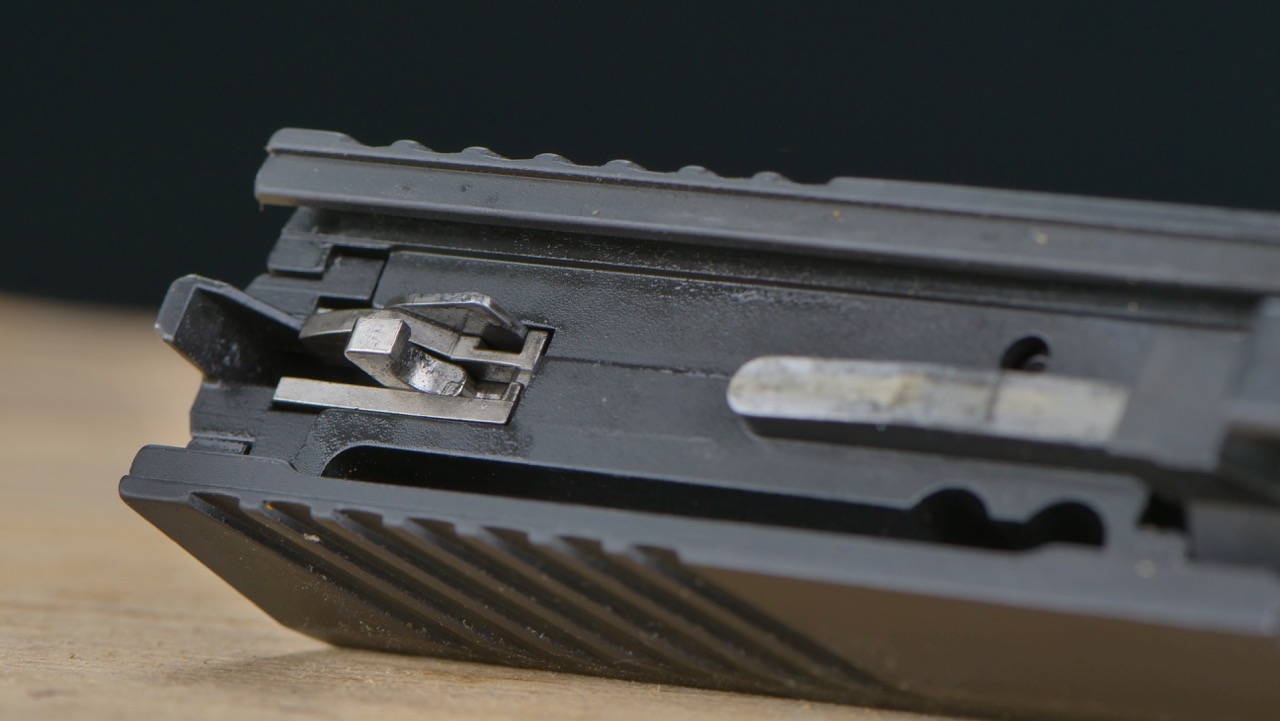 I used to think that trigger safeties were there to keep things that aren’t fingers from pressing triggers.  They are there for that reason, but, I was only partly right. 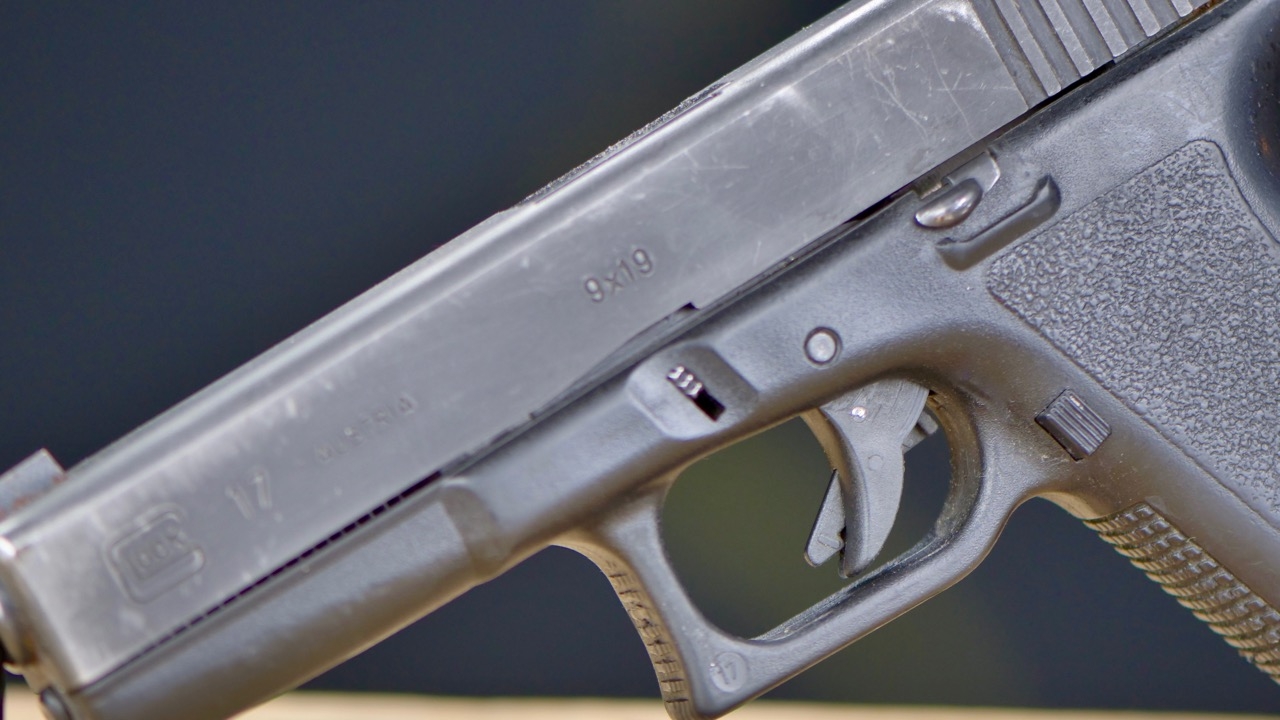 In a conversation with Scott Folk, of Apex Tactical Specialties, during the 2016 NRA Annual Meetings, I found out the trigger safety serves a larger purpose than just trying to keep your worn out holster from firing the gun.  According to Folk, trigger safeties like those found on the GLOCK or Smith & Wesson M&P triggers are there to introduce low mass blocks to help prevent trigger movement in a muzzle up drop of a handgun.  I hadn’t considered it, but it makes perfect sense. 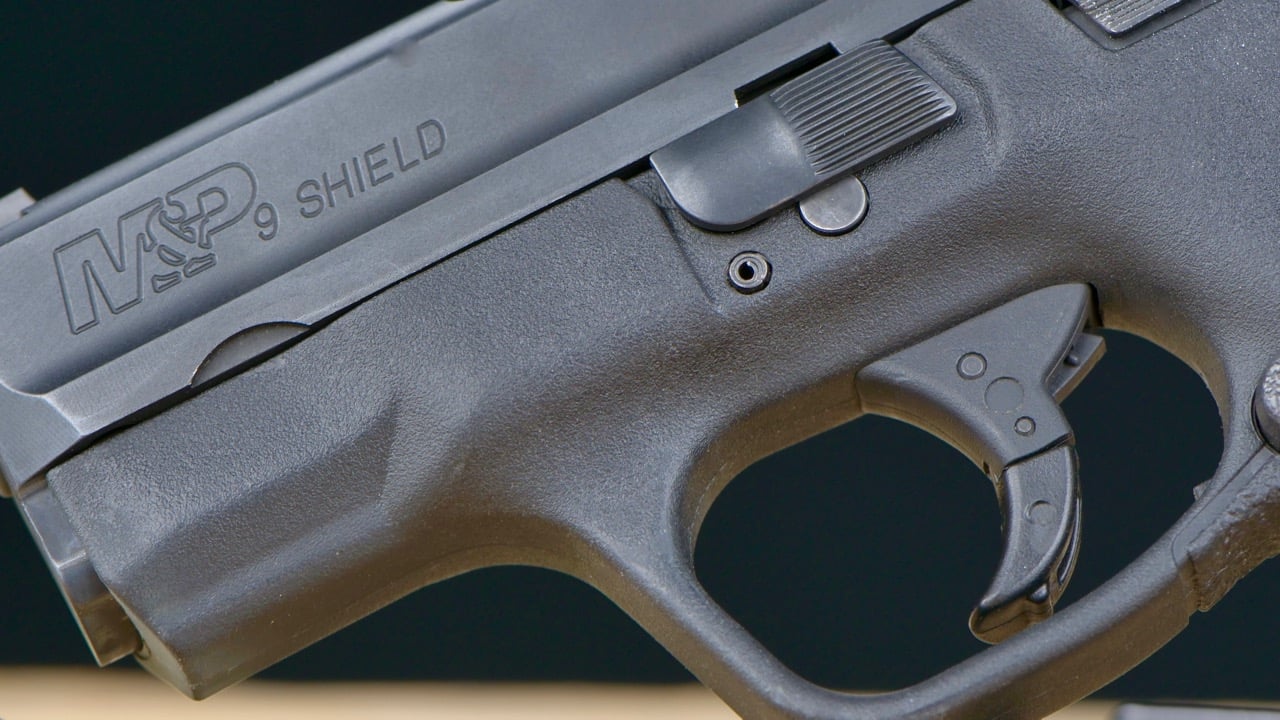 Think about that tiny little tab on a GLOCK trigger.  The friction of it’s pivot point is nothing compared to the pressure of your finger, but is substantial in comparison the the mass of the trigger safety itself.  The friction serves as the outside force that prevents rearward travel.

There are plenty of other safeties incorporated into modern firearms to keep them drop safe including a balance between the mass of parts and the weights of the springs used and these need to be kept in mind when you make modifications to your handgun because you do want your handgun to be drop safe, don’t you?

In light of a recent incident where a Sig P320 allegedly fired when dropped during a Dallas PD range session, some folks have had a simple but flawed response to the situation, “Don’t drop your gun! Problem solved!” 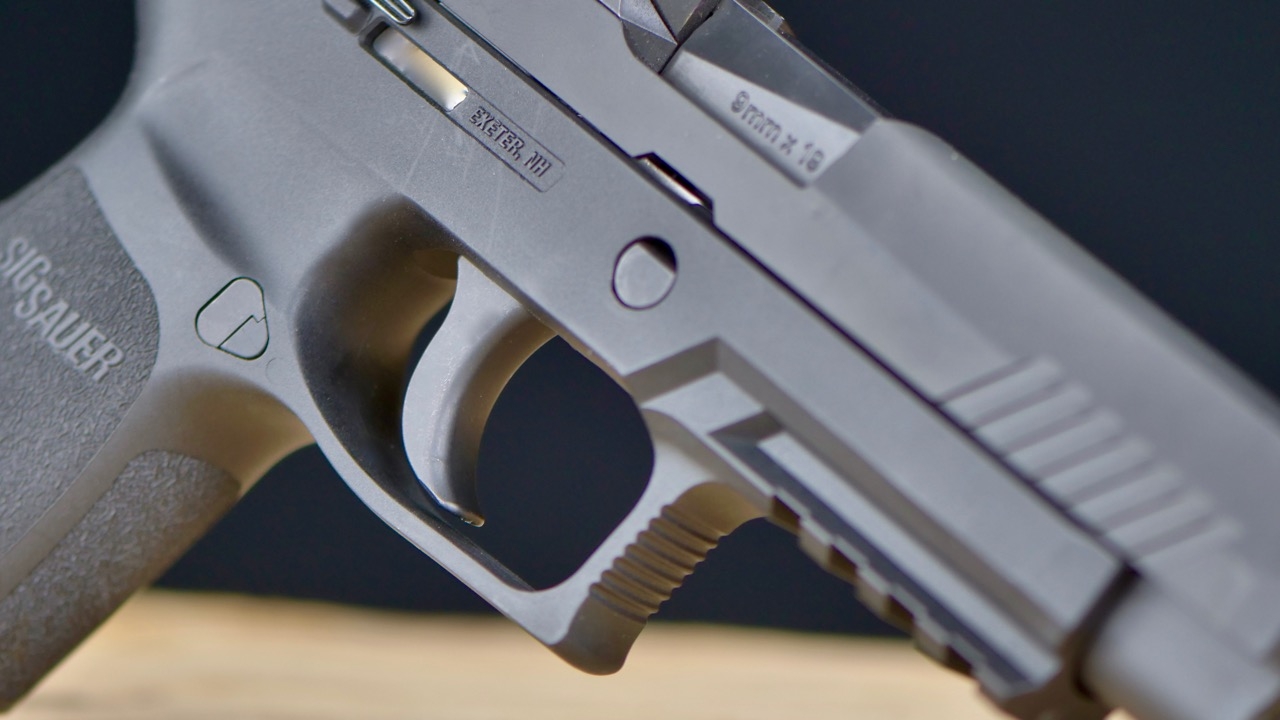 Seems reasonable, except when many of those same folks head out to the range to train or teach, review firearms safety and as part of that review they discuss the idea that you should never try to catch a dropped gun.

See the logic problem?  The reality is your gun could end up tumbling to the ground and for that reason you need your gun to be drop safe.  Let’s look at how your pistol could hit the deck.

I know that we would all like to think that we are all such solid gun handlers that we aren’t going to drop our gun, but the fact is guns get dropped.

Maybe your hands are sweaty or bloody and you loose your grip.  Maybe you fumble your grip as you are drawing the gun from the holster or foul your draw with your cover garment.  Maybe you need to do something infinitely more important with your hands than hold on to your handgun?  Take for instance, the context of a law enforcement officer needing to physically manage a suspect.  If this need arises while their gun is in hand, they will need to quickly return the gun to the holster.  Is it possible that an officer could mishandle the reholstering?  Of course it is.  The scenarios are endless and real.

Heck, if we are being serious about things, you might WANT to drop you handgun.  Say it isn’t so?  What if you are ordered by a responding law enforcement officer to drop your gun?  I’m guessing we can agree that setting old “Suzie” down gently isn’t in your best interest.  Time to drop your blaster on its side like a hot potato.

Some Strong Force Could Be Exerted on Your Gun

Who knows what could happen in a situation like an automobile accident.  Would it be possible for the impact of a serious collision to act on a gun in a manner that could cause the gun to fire?  How about in the context of a military vehicle involved in an IED attack.  Or a naval aviator ejecting from the cockpit of a jet.  I don’t know, maybe these scenarios are a stretch, but, if the gun is drop safe, it isn’t anywhere near as likely to happen.

Even the act of you aggressively dropping to a strong side prone, (or some other position I haven’t even heard of and you made up on the spot because you needed to,) could exert forces on the gun that you don’t anticipate.

Yup. I want my handgun to be drop safe.

Your Handgun Could Be Knocked From Your Hands

Heck, maybe it isn’t your fault at all.  Is it possible that in the midst of a violent encounter an assailant could strike your hands with a club knocking the gun from your hands?  Of course it is.  The same could take place if there is a physical struggle for a gun during a violent altercation.

Or the situation could be much less violent and still have the same result.  Have you ever needed to move quickly around a barricade during practice, training or a competition?  Would it be possible to strike your hand or muzzle on the prop and have your gun leave your hand?  Yup.  Completely possible.

For these reasons you want your gun to be drop safe. 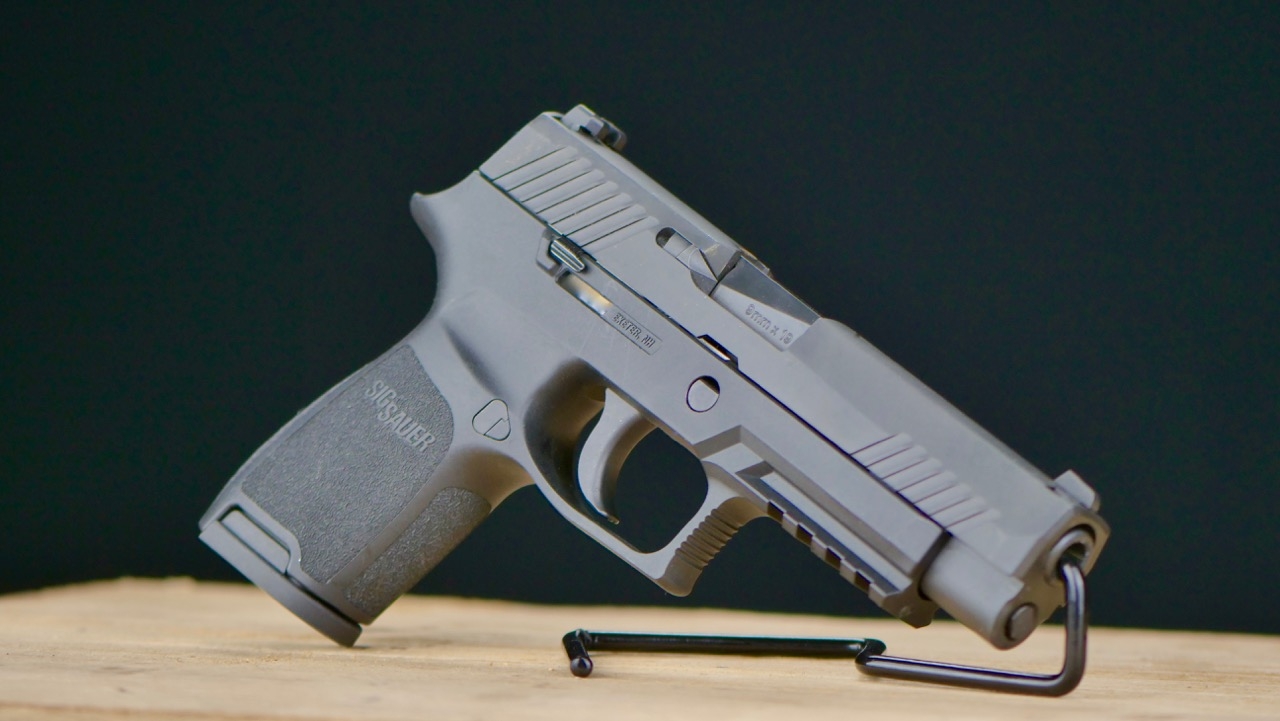 Modern guns are drop safe for a reason.  Simply put, good people drop guns.  I’ve watched it happen and the fact that those good people dropped good guns that were drop safe, alleviated the majority of the angst regarding the situation.

I don’t recommend intentionally dropping loaded guns any more than I recommend trying to catch them once they are dropped.  At the same time, thinking that people aren’t going to drop guns is silly.

To keep yourself and those around you safe, you should have a general knowledge of how drop safeties work, know that carrying a gun that isn’t drop safe is a serious compromise in your safety and accept the fact that even though dropping a gun isn’t generally a good thing, it can happen to the best of us. 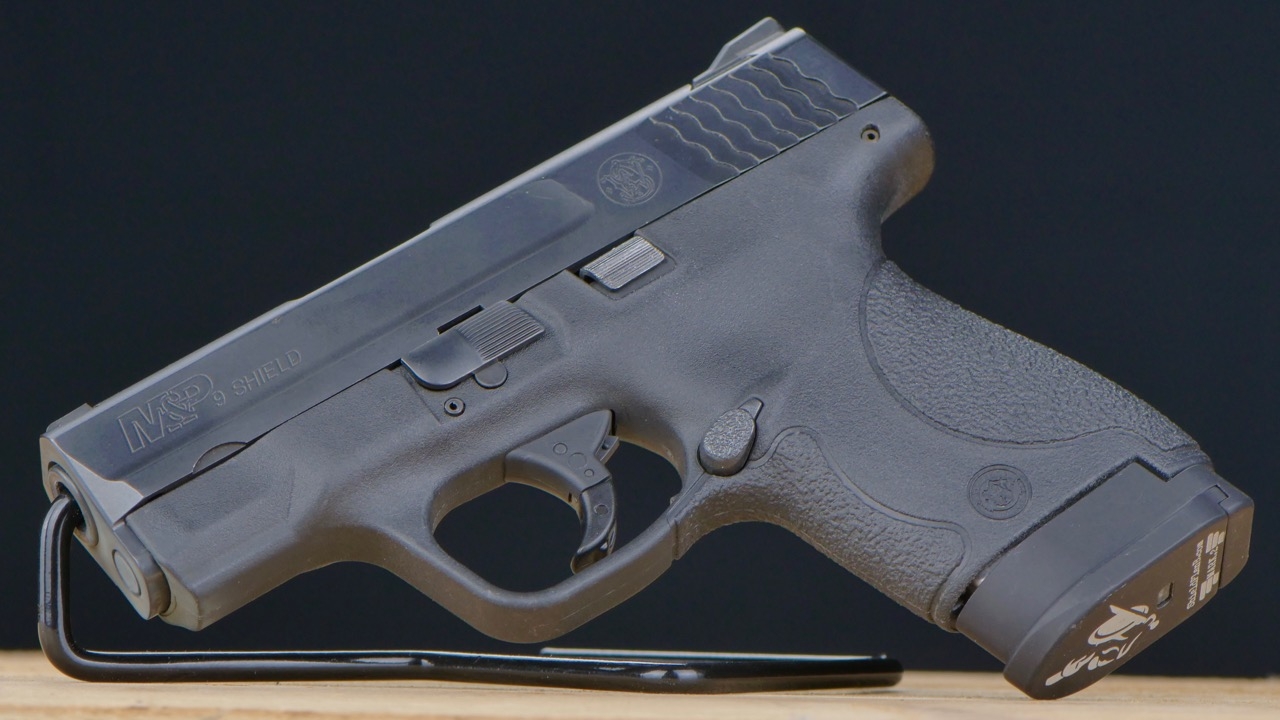 Guns are inanimate objects.  They aren’t safe or dangerous, they simply take on the intent of their user.  When we are talking about your gun, that user is you.  The decisions you make when selecting your gun for carry have an impact far beyond the holster you choose or the ammunition you select.  Your choice as to whether you select a drop safe handgun or not can impact you in ways you never anticipate.  Make sure the handguns you depend on for personal safety and professional use are drop safe.