December’s Mag of the Month might be better described as, ‘mags of the month’ if only for the fact that it’s actually two magazines coupled together.

Not long ago, Ruger didn’t have an OEM 10/22 magazine that held more than 10 rounds of ammo. In fact, part of the rifle’s charm was always its use of a proprietary rotary magazine that kept the clean lines of the gun.

A few years ago, however, a change in leadership lead to a massive shift in company policies; Bill Ruger’s infamous words, “…no honest man needs more than ten rounds in any gun…” became a distant memory with Ruger offering AR15 carbines and standard capacity, semi-automatic striker-fired polymer-framed handguns.

It was a natural progression that Ruger decided to offer factory-built, extended capacity magazines for their most prolific rifle, the 10/22. Dubbed, the BX-25, these polymer-bodied magazines predictably hold 25 rounds of .22 LR.

Whoever decided to offer these magazines deserves a raise and a promotion.

See, in the past, a non-factory 10/22 magazine over 10 rounds was finicky and unreliable at best. There were a few exceptions like Butler Creek Steel Lips mags, but for the most part, anything other than Ruger 10-rounders was sub-par.

But with the introduction of the BX-25, shooters could purchase high quality, standard capacity magazines straight from the manufacturer —certain of their performance. On the back of this new magazine’s success, Ruger decided to crank things to ‘11’ and introduce the BX-25X2 magazine.

While technically the BX-25 X2 holds 50+1 rounds of ammo, it’s actually just two 25-round magazines coupled together like jungle-mags. Basically, after the first 25 rounds are expended, the shooter extracts that magazine, flips it 180 degrees, and re-inserts it into the mag well. 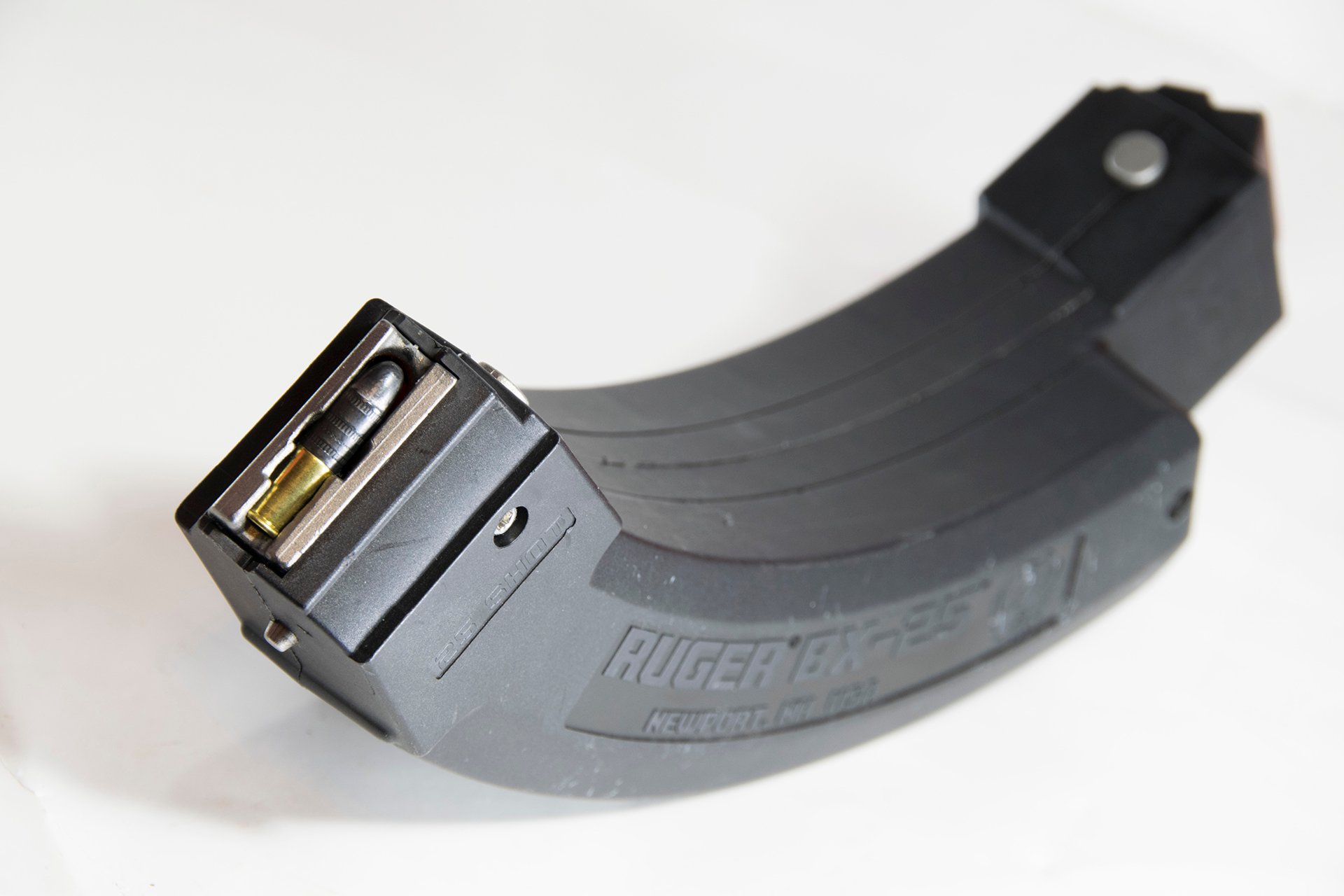 Well, it gives quicker access to a reload than keeping a spare magazine in a pocket or pouch, and makes for a slimmer profile than an extended, 50-round magazine. Since both magazines are sitting side-by-side, they don’t extend down much further than a standard BX-25.

Weight and bulk. This 10/22 magazine is twice as thick as a standard BX-25, which isn’t too bad. However, the magazine weighs twice as much, and can drastically alter the gun’s center of gravity when fully loaded. This is especially the case when running any of the lightweight versions of the 10/22 since the combined mass of two loaded BX-25s can nearly double the gun’s weight.

Overall, these magazines are a ton of fun for plinking at the range, or when hunting squirrels in a target-rich environment. If you want to ‘tacticool’ out your 10/22, you’d be remiss not to include the BX-25X2 in your kit.