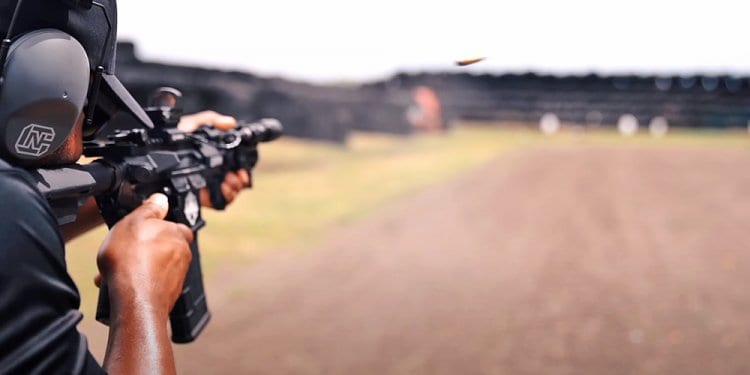 Is it practical? Most people would say no, but does it have to be?

The pragmatism – or not — of purchasing a gun like this is entirely up to the buyer. You can debate that – or not — in the comments. 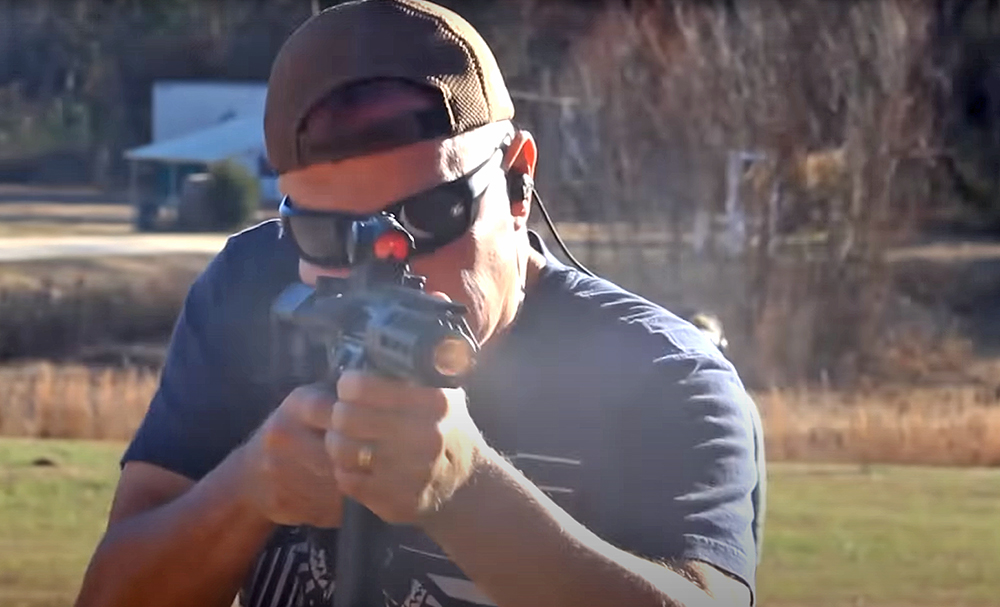 Among its various features are a moderately flared magwell with a textured front face (for those who might prefer a magwell grip when shooting) and a 7 in. M-LOK compatible winged handguard with an overall length of about 7.5 in. to the end of the muzzle brake. There are Pic rails with relief cuts up top, an ambi fire control group, extended charging handle, extended mag release, and dimpled takedown and pivot pins. It’s built to LevDef specification by DRG Manufacturing, in the guise of White Label Armory.

Scroll down for a couple of videos about the weapon by Sootch00 and Mr. Colion Noir. 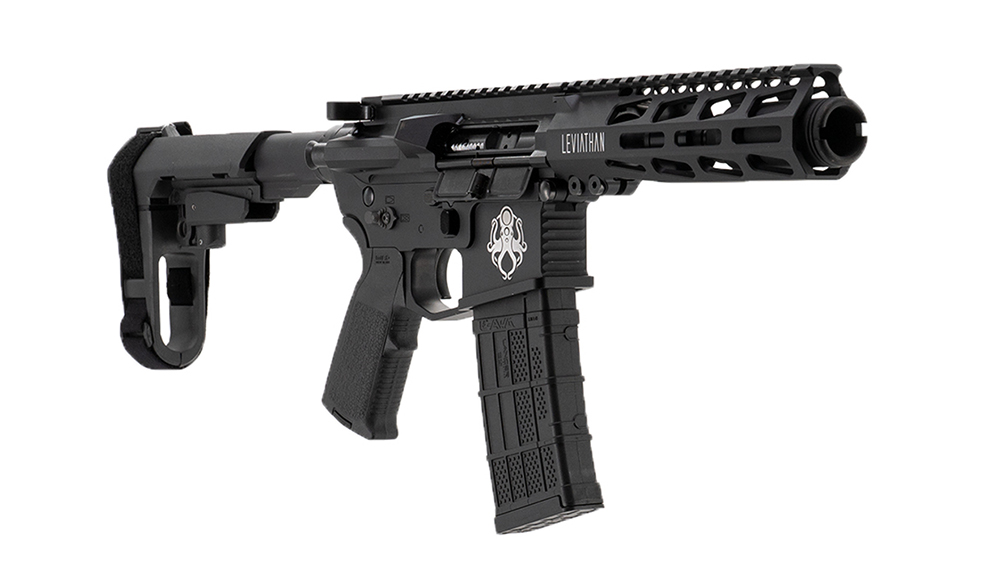 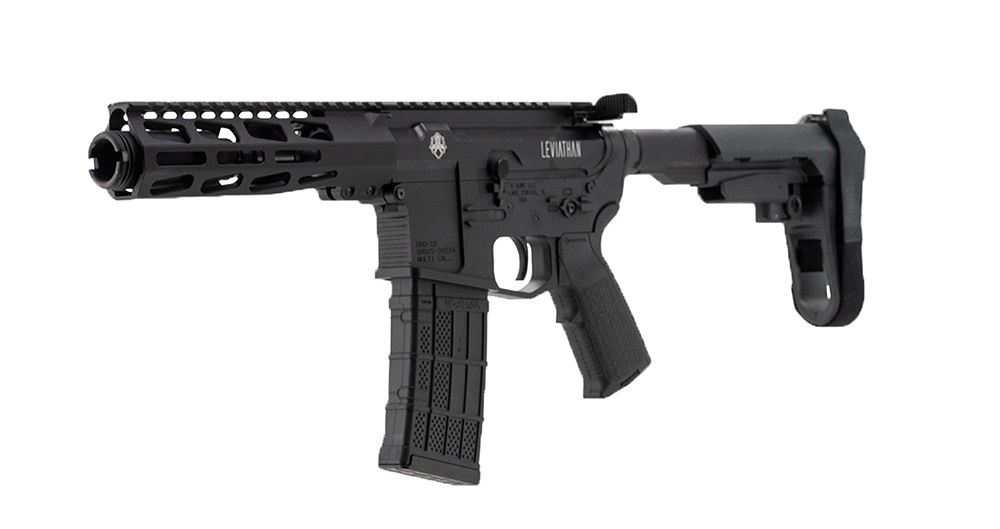 Preparing for the end of the world (i.e. Ragnarok) has never been easier than with the Leviathan Defense Ragnarok Pistol. This 4.75 in 5.56 was built to go where you go and look good doing it! If you’re looking for a new bug out bag gun or just want to impress at the range, the Ragnarok pistol is prepared for anything.

White Label Armory is a small part of DRG Manufacturing.  WLA is the portal for dealers and small manufacturers to gain access to the larger OE manufacturing capabilities of DRG.