Jeff Cooper has been described as the “father of modern handgun shooting”. His influence pushed shooting forward, and his contributions to modern handgun handling deserve notation. Over time we may have evolved, and tactics, techniques, and firearms change, but the way we see shooting in 2021 was built on the blocks of Jeff Cooper’s contributions. Today we are going to look at three of his drills. 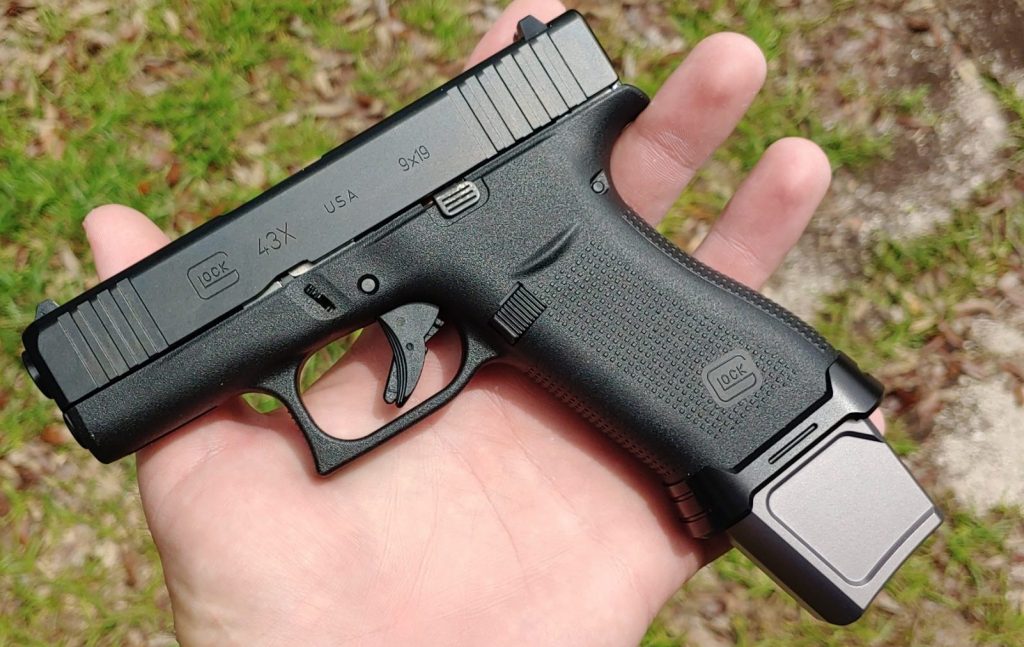 These are part of a larger martial art called Combat Pistol Shooting which got its start in the early 1900s. It combines works from Cooper’s Modern Technique as well as contributions from Captain William E. Fairbairn and Sergeant Eric A. Sykes and their time in Shanghai as well as Rex Applegate, Jack Weaver, and many more. These drills were based on actual events, and Jeff Cooper applied what someone could theoretically do should they be armed with a pistol.

You might argue this isn’t technically one of Jeff Cooper’s drills, but I’d argue it is. A mercenary named Mike Rousseau was fighting in the Mozambique War of Independence. During a particularly harrowing fight at an airport, he turned a corner and came face to face with an enemy armed with an AK 47. Rousseau engaged with his Browning Hi-Power and fired two rounds into the guy’s chest.

The man didn’t go down, and he continued to advance. As such, Mike fired a final shot to his head. He recounted this story to Jeff Cooper, and Cooper added the Mozambique drill to his drills folder. You surely recognize this as the classic two to the chest and one to the head.

It’s a very simple drill, and you’ve likely already figured the core of the drill out. Shooters face the target, and on the signal, they fire a double tap or hammer pair to the chest of the target. From here, they take a well-aimed shot at the head of the target. Headshots should be focused on the T zone of the target. This is the entire that ranges from eye to eye and down the bridge of the nose to the upper lip.

The drill is modular and can be fired at nearly any range with either a rifle or pistol. Shooters can start holstered or in the low ready, and a timer can institute extra stress. It’s a great drill that allows shooters to continually increase the difficulty of the drill as their skills increase. The Marine Corps still uses this drill, and they label it the Failure to Stop Drill.

Undoubtedly as far as Jeff Cooper drills go, this is the most famous. The El Presidente drill came from a 1970s issue of American Handgunner. While training a South American security force, Cooper designed the drill to test shooters and gauge their skills.

The drill is simple. You’ll need three man-sized targets spaced a yard apart from each other. Shooters will stand 10 yards from the target. From here, they will face away from the targets, with their hands in a surrender position with their firearm holstered.

Once the gun is empty, they reload and fire two more rounds into each target. Shooters who score all shots on target in under 10 seconds have passed the drill. That’s a surprisingly generous par time, and this makes it rather easy. I’m surprised Jeff Cooper didn’t choose a tighter time.

Getting below seven seconds provides a more worthwhile goal. It’s more challenging and makes this page of Cooper’s drills more useful and practical.

I also fire the drill from concealment. Concealed carry wasn’t a hugely popular thing in Jeff Cooper’s time. As such, the drill doesn’t force you to hide your piece. Adding a concealed carry garment makes the training more practical for the vast majority of us.

Shooters desiring a good challenge and a good time should give the ole El Presidente a try.

In 1981 five Italian Communists kidnapped Brigadier General James Lee Dozier from his apartment in Verona, Italy. The kidnappers posed as plumbers, which leads me to believe they all looked like Super Mario. Anyway, they kidnapped him, held him for 42 days, and eventually, he was freed.

Dozier recounted the kidnapping and how one man pulled out an SMG from his tool bag and loaded it as another read some filthy commie statement. Dozier was prohibited from carrying a firearm at the time. In this Jeff Copper drill, you play Dozier, but you’re armed.

You’re facing five targets five to seven yards away. Cooper dictated they be steel poppers that fall when struck. However, that’s an expensive proposition. I think the A-Zone of an IPSC target works, as do Sage Dynamics free printable targets. Each target should be one yard apart or so. Start with the handgun in the low ready, and engage the five targets as fast as possible.

Now, if you really want to kick it up a notch, have a partner behind the firing line going through the motions of retrieving a weapon from a bag, loading it, and making it ready. To keep things fair, use a toolbox or tool bag that closes.

Your goal is to shoot all the targets before your partner has the gun ready. Your partner represents the armed terrorist retrieving his weapon. This method of measuring time is a part of the original Dozier drill, but it often gets ignored these days. It creates a moving par time that’s never the same thing twice.

A friend and fellow Marine and I do this drill on occasion, and it often becomes quite competitive. It’s also a lot of fun with a buddy and motivates me to do better when I gotta beat someone else. To further alter the difficulty level, start with the handgun holstered or placed on a table in front of you. You can shoot each target once or use double taps, whatever floats your boat.

These drills will make a plain ole range day a bit more interesting. Now the big question is, are they out of date? They are admittedly not very difficult and can be done by most average shooters. With a little practice, anyone can do an El Presidente, but how many can do a Sage Dynamics Eleanor drill?

They aren’t necessarily useless as they do train valuable, defensively-minded drills. However, Jeff Cooper’s drills are a lot like his contributions to modern pistol craft. They act as building blocks and give shooters new skills they can build upon. Check ’em out, and let us know what you think below.

Is Your Gun Talking to You?

AR-15 Stovepipe Drill: You May be Doing it Wrong