I’m a big fan of Israeli weapons — the UZI, the Tavor, and especially the Galil. Recently, IWI came out with a civilian-legal version of their ACE 52, which is essentially an upgraded, lightened Galil. For those unfamiliar with the carbine, the Galil is a select-fire rifle chambered in 5.56mm heavily influenced by the Soviet AKM.

While soldiers universally praised the gun as reliable, they weren’t impressed with its nearly 10-pound weight. The ACE is IWI’s attempt to reduce as much weight as possible while improving the ergonomics and compatibility with optics. The 52 model in particular, is chambered in 7.62x39mm, and feeds from standard AKM magazines…but not all of them.

The IWI ACE features a polymer magazine well that helps soldiers and shooters insert fresh magazines without having to look at the rifle. The problem with this magwell is that it precludes the use of certain mags. One of these, in particular, is the Tapco Intrafuse magazine. (their slab side mag works fine out of the box BTW) 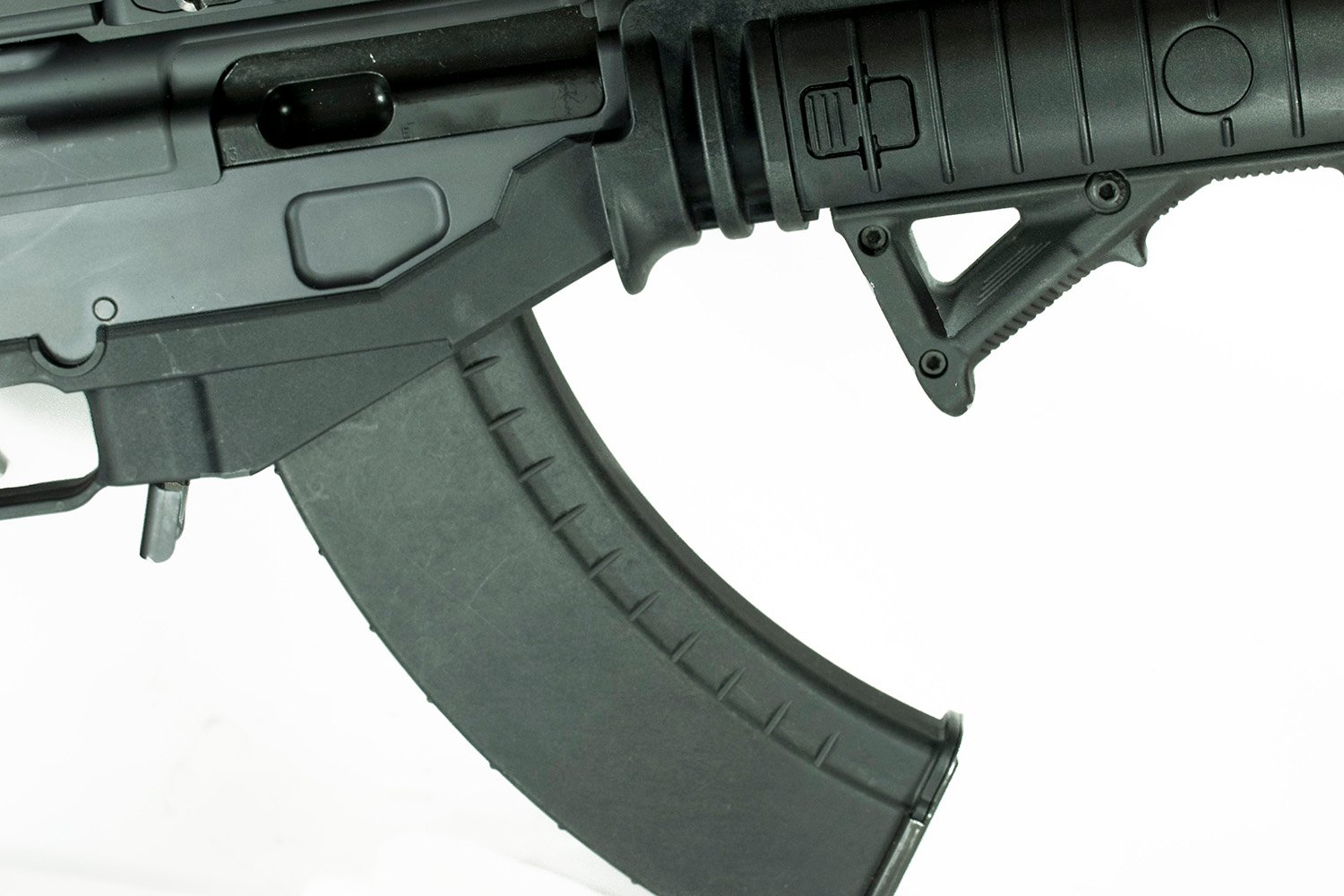 Hold up, am I really complaining that a nearly $2,000 rifle doesn’t readily accommodate the cheapest on the market?

No, and I suspect that any shooter spending the money on a civilian ACE pistol or carbine is going to spring for higher-end Magpul AK PMAGS since that’s what the gun ships with. But, if you happen upon a deal on them like say, here at GMW, and want to stock up on range magazines for cheap, they’re more than durable enough for plinking.

Truthfully, Tapco magazines get a bad rap, because of their SKS mags. In Tapco’s defense, no removable magazine for the SKS works 100%; The system was never designed for detachable magazines. The Intrafuse magazines in particular are a little harsh on the eyes, but they do work… provided you make some slight modifications to them.

Certain magazines have too much of a shelf to them and would be impractical to modify for the IWI ACE, like the US PALM magazines. But the Intrafuse mag only has a small segment of material above the last horizontal rib. 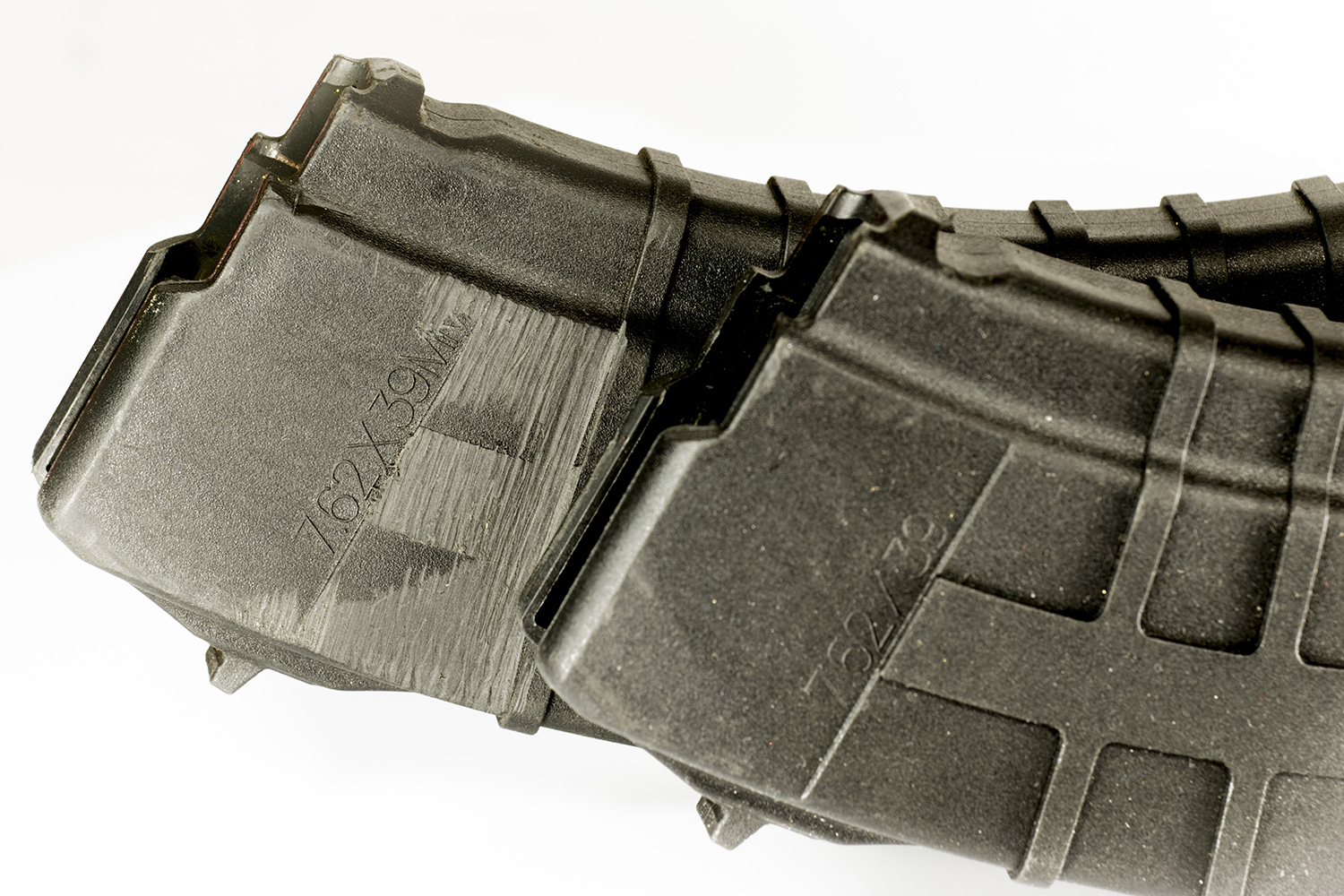 Below where the Tapco insignia is on the left side of the magazine, and beneath the 7.62x39mm caliber marking on the right side, you’ll need to remove that vertical protrusion. If you’re removing this material with an electric filing tool like a Dremel, be aware that you will remove plastic very quickly, and unevenly — so go slow.

If on the other hand, you’re using a large hand file like this one pictured, you simply line up the rough side with the last vertical rib, and start filing until the raised area looks flush with the rest of the mag. Once it looks roughly flat, switch to the fine side and smooth out the rough area. 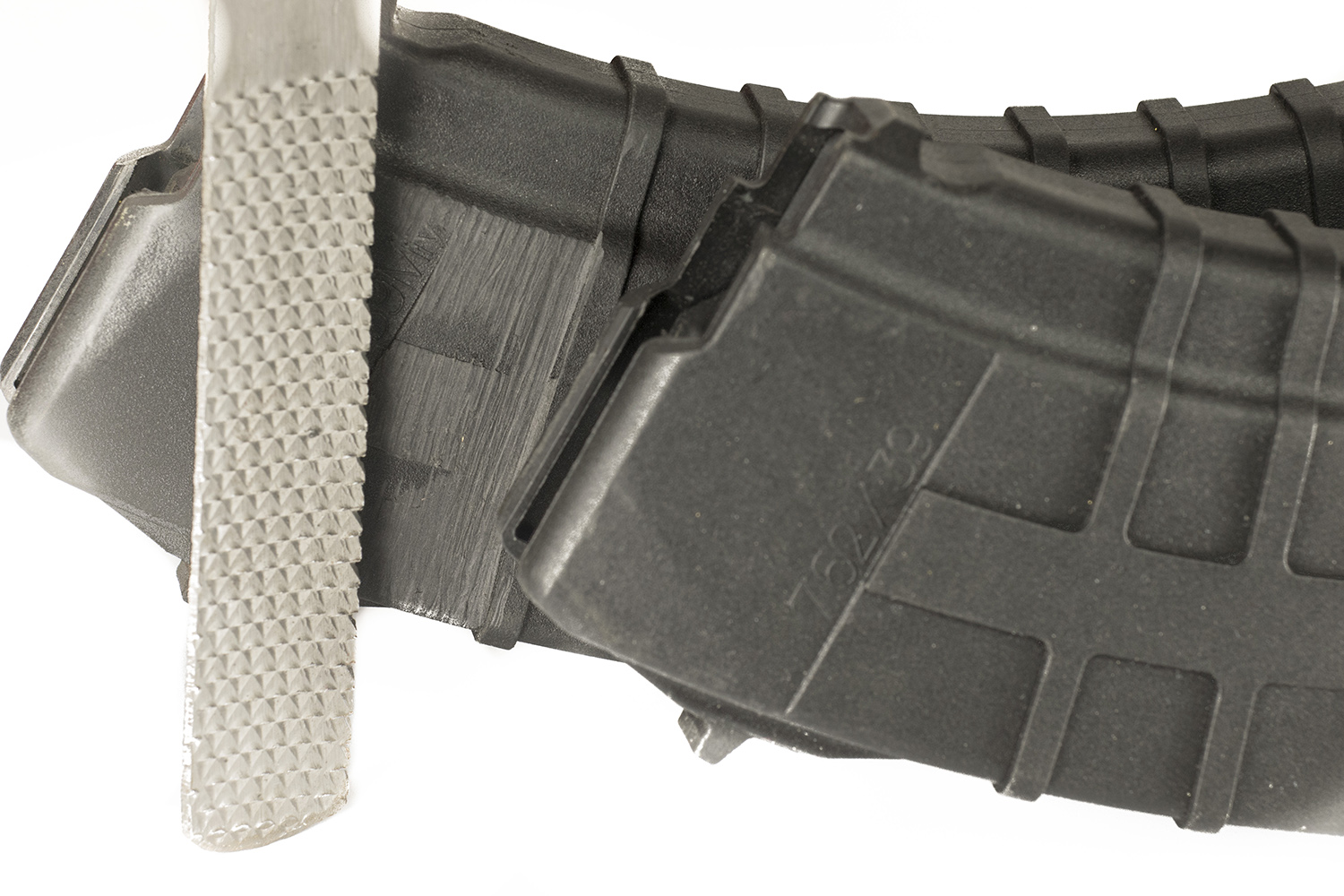 Clear your Galil ACE, and insert the unloaded magazine into the magazine well to test for fit. If it works, congrats! Put away your guns, and open a beer — you’re done!

If you’re still running into resistance when inserting the magazine, you need to remove more material from the raised portion. At this point, go as slow as possible — you can’t put the material back…well, maybe with JB weld, but this mag probably looks ratty enough as it is. 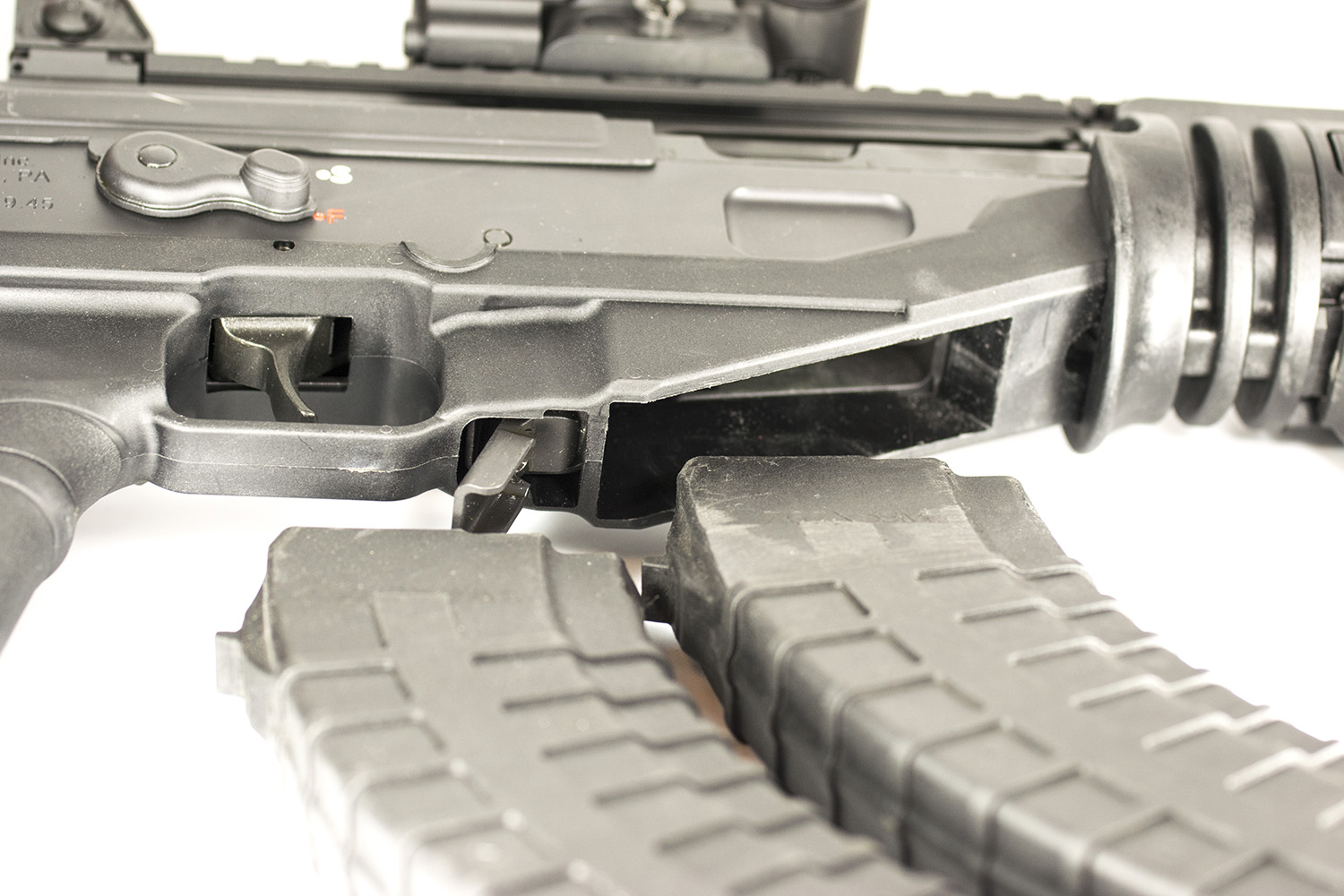 Now, this takes about 10 minutes per magazine, and these are only three bucks more than Tapco’s Smooth-Side magazines which lock up fine. So if 10 minutes of your time isn’t worth 3 dollars, go ahead and buy the smooth mags, or better yet, invest in some Magpul AK PMAGS.