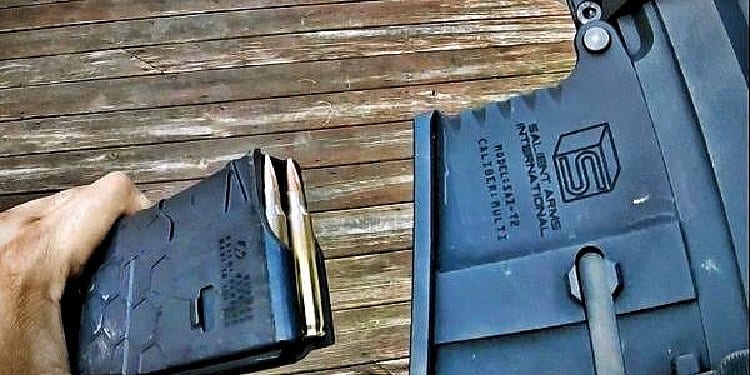 Loading AR-15 rifle magazines with ammo and shoving them into the mag well of your AR seems like a simple task, and for the most part, it is. However, I have seen shooters make too many mistakes when they are loading their AR-15 for a match.

In a competitive match, the shooter starts with an empty weapon. The Range Officer tells the shooter “Make Ready”. The shooter can then do whatever they want to get the gun loaded up and ready to go. The most common practice is to just shove a full 30 round magazine into the gun, rack the charging handle, and hope for the best. When the Range Officer hits the timer and it beeps, the shooter begins their course of fire. They raise the gun up to their shoulder and click. They pull the trigger and nothing happens. In some cases, the magazine falls out onto the ground.

What happened here? It should have worked. It works every time when they are at the shooting line on the range, and it worked at home. Well, it has nothing to do with where they did it now or before. The issue arises when people do not understand the problem. The problem is how they are loading the magazine into the gun. 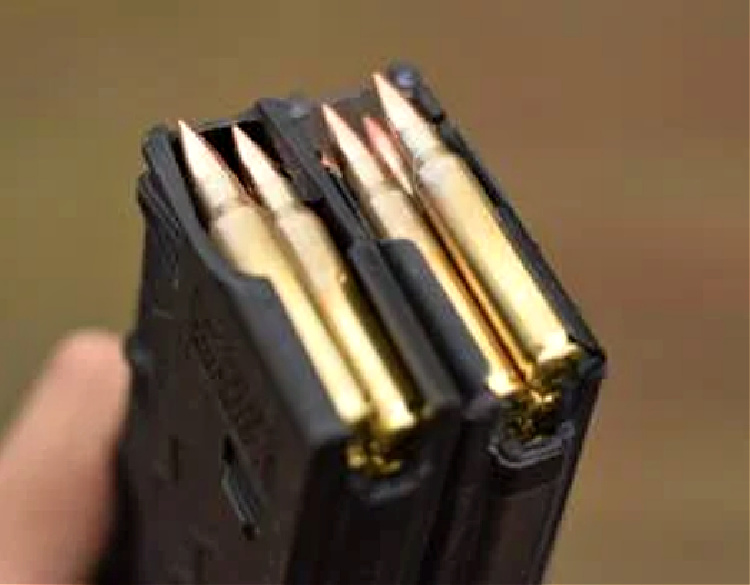 Great so now you know what is the problem. How can you solve this? Some people, even firearm instructors, have recommended downloading your magazine. “You don’t need 30 rounds for a gunfight!” — so they only load 28 bullets. I prefer to have 30+1. My needs are not the same as yours, but if I can have more ammo, why not?

Some people like to shove the magazine real hard and then tug the magazine a bit to make sure it is properly seated. That brute force tactic works, but why work harder and not smarter? I prefer the use of something like a BAD Lever, by Magpul. I can use my trigger finger to lock the bolt open while my left hand pulls the charging handle back. Then I insert my fully loaded magazine into the mag well. With the bolt locked open, I do not need to worry about my magazine not seating properly. Then I hit the bolt release lever and the bolt strips the first round off the magazine.

Well, that sounds great, right? But if I want to have 30+1 loaded in the gun I can’t open the bolt with a round in the chamber so I have to insert a full 30 round magazine into a closed bolt. The solution to this is magazine choice. Some magazines are easier than others to insert a full 30. Out of my personal small collection of magazines I have found that my Hexmag mags and Lancer mags are the easiest to insert when fully loaded with 30 rounds. Pmags are a close third.

Other mags I have in my collection take a lot more force to push and click into place and it would be easy for me to not notice that it did not seat and have a malfunction. Check your mags and not just your 30 rd magazines. Some of you that live in capacity restricted states have 10 or 15-round magazines. Check to see how much effort it takes you to insert a fully loaded magazine. For those of you who do not have capacity limits don’t forget to check your high capacity magazines higher than 40 rounds. I noticed a significant difference between my Magpul 40 and ASC 40 round magazine. The ASC can actually fit more than 40 so it is easier to insert and lock into place, on a closed bolt, than the Magpul 40 magazine.

There is another method I have seen many people take in loading their AR. They will look at the top of the full 30-round magazine before inserting it and chambering a round. They look at the double stack of bullets and take note of which side the top bullet is on. After inserting and chambering the first round, the shooter removes that magazine and looks to make sure the top bullet is now on the opposite side of the starting bullet. This way they know that a round was stripped off the magazine.

I prefer to simply do a press check or brass check. I will pull back my charging handle ever so slightly so that I can see brass coming out of the chamber. Then I release the charging handle. Be careful in doing this, sometimes the bolt wont properly seat. It is important to check your ejection port and if needed press the forward assist button to get the bolt to close all the way.

I hope these techniques have shown you some options in loading AR-15 rifle magazines and maybe you learned something new. Give them a try and do so safely. Remember the firearm safety rules.