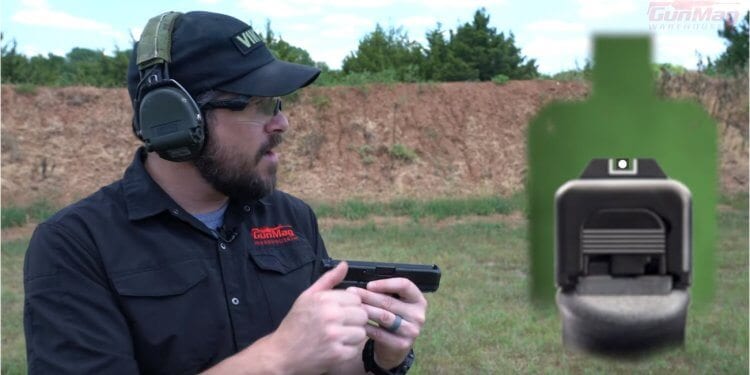 Aiming a handgun has a lot with where you put your focus. In the Skills and Gunhandling video below, Shaw demonstrates how to aim a handgun using three different methods. Each method has its advantages, so it’s worth it to learn about all three. The actual name of the video is 3 ways to use your sights. Most of us have been taught how to aim a pistol using the usual “accepted” way of accurately acquiring the sights by focusing on the front sight blade before putting accurate rounds downrange. As you’ll see, however, there are a couple of other ways.

This article is from October 2019.

How to Aim a Pistol

Focus on the front sight. That’s how most of us are taught. We’ll talk about that briefly, then discuss a couple of other methods. 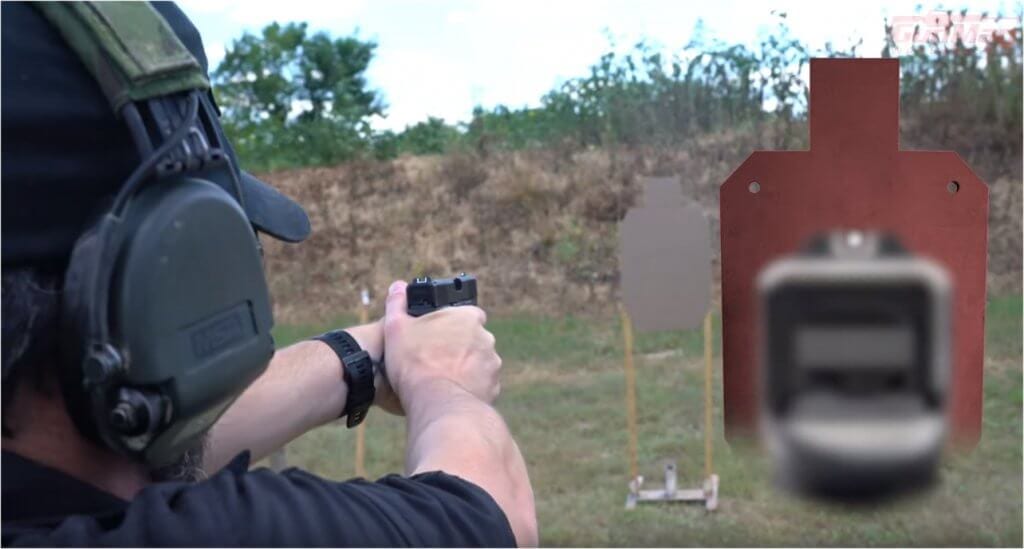 This is not a hard front sight focus – but it is a viable option for shooting accurately under certain circumstances.

A hard target focus doesn’t really involve the sights at all. It depends on skill level and training and is very situational (range, backdrop, etc. – which really is any shooting, but it’s even more critical here). Aiming a handgun with this method involves, as the name implies, a hard focus on the desired target area. Though the sights are not directly referenced in this shooting style, body alignment and weapon position in relation to the target are important. 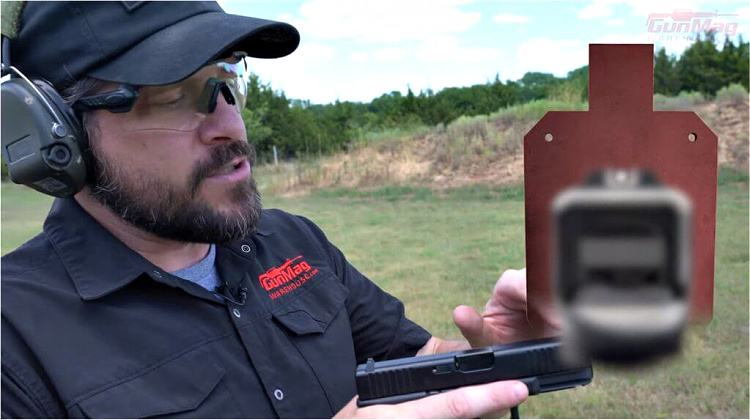 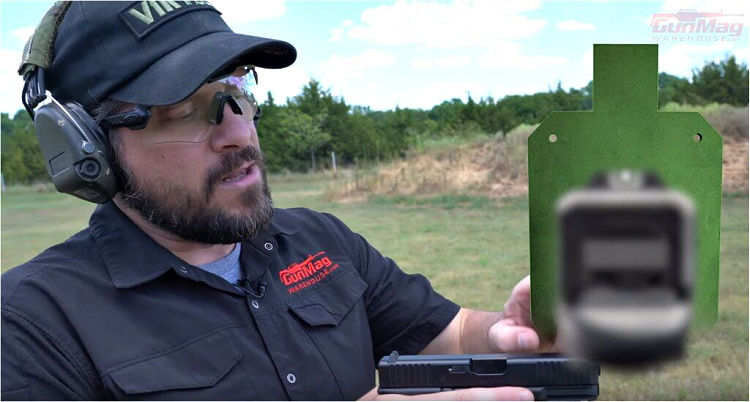 Aiming a handgun with soft front and rear sights that are aligned and superimposed over the target area works well, particularly for those who have corrected vision.

This final method for how to aim a handgun is particularly effective for shooters wearing progressive (not transition) lenses, bifocals, trifocals, or the like. It does not involve a hard focus on the front sight, but rather is an alignment of soft front and soft rear sights, superimposed over the target before pressing the shot (i.e. aligning a blurry front sight instead of a blurry rear sight). This means you’re effectively using the front and rear sights much like you would a red dot sight.

Up Next: Aiming a Handgun with Bifocals and Trifocals 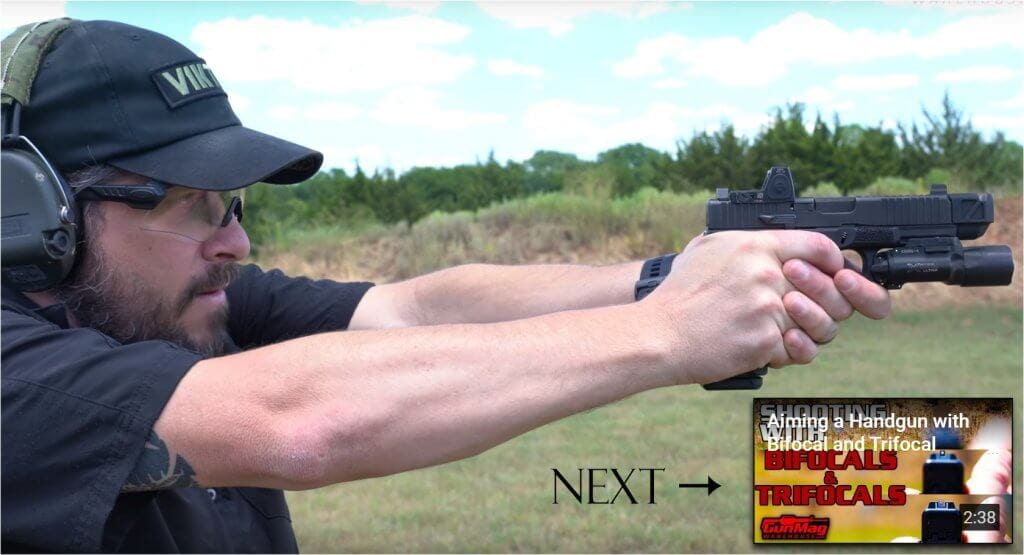