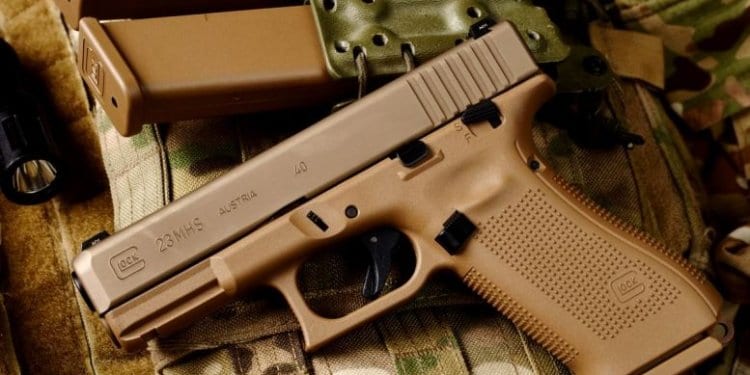 FN has their FN509 pistol. It shares the same basic concept as the Glock MHS pistol. They both have full size grips but shorter barrel/slides.

Lets take a closer look at the Glock MHS pistol

It has steel sights. The slide is stamped 19 MHS. It is a Glock 19 sized slide and barrel. So far nothing new other than the extra letters, “MHS”. 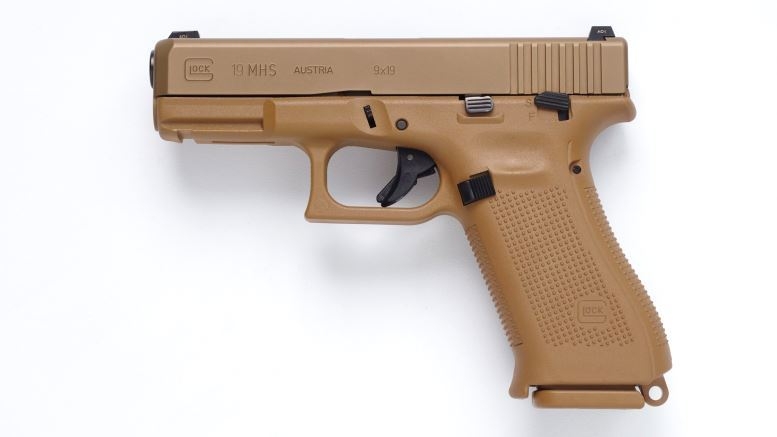 The frame is where the new changes are most apparent. There is a thumb safety and there is a matching one on the other side. 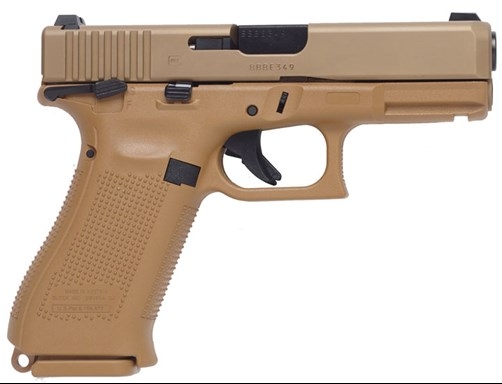 The grip is similar to the M series of Glocks that have not been released yet. The 17M and 19M are a new variant of the Gen4 Glocks. As you can see above, the grip lacks finger bumps.

One feature that is different from the M series, is the little pinky extension of the grip. You can see it protrudes down in front of the magazine base plate. If you move your eyes rearward, you can see the grip has a loop for a lanyard. I am not sure why they needed to add the loop since Glock grips all have holes molded into the bottom of the grip where you could attach a lanyard. 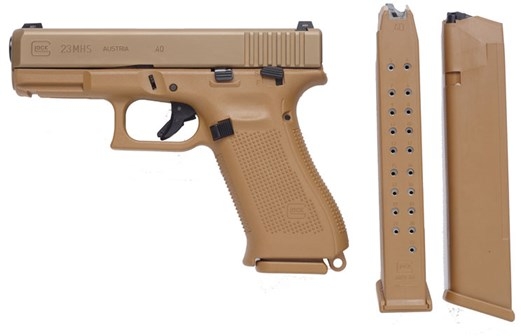 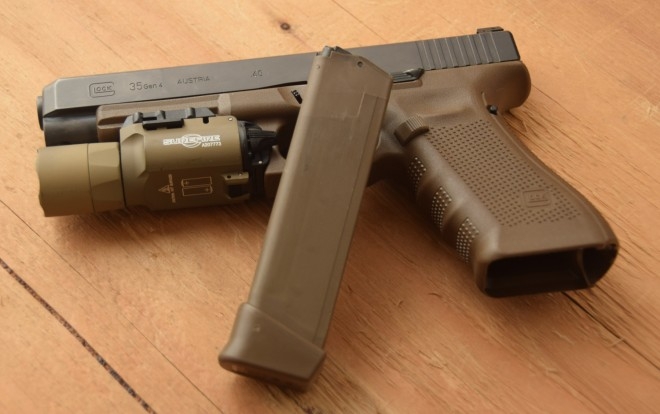 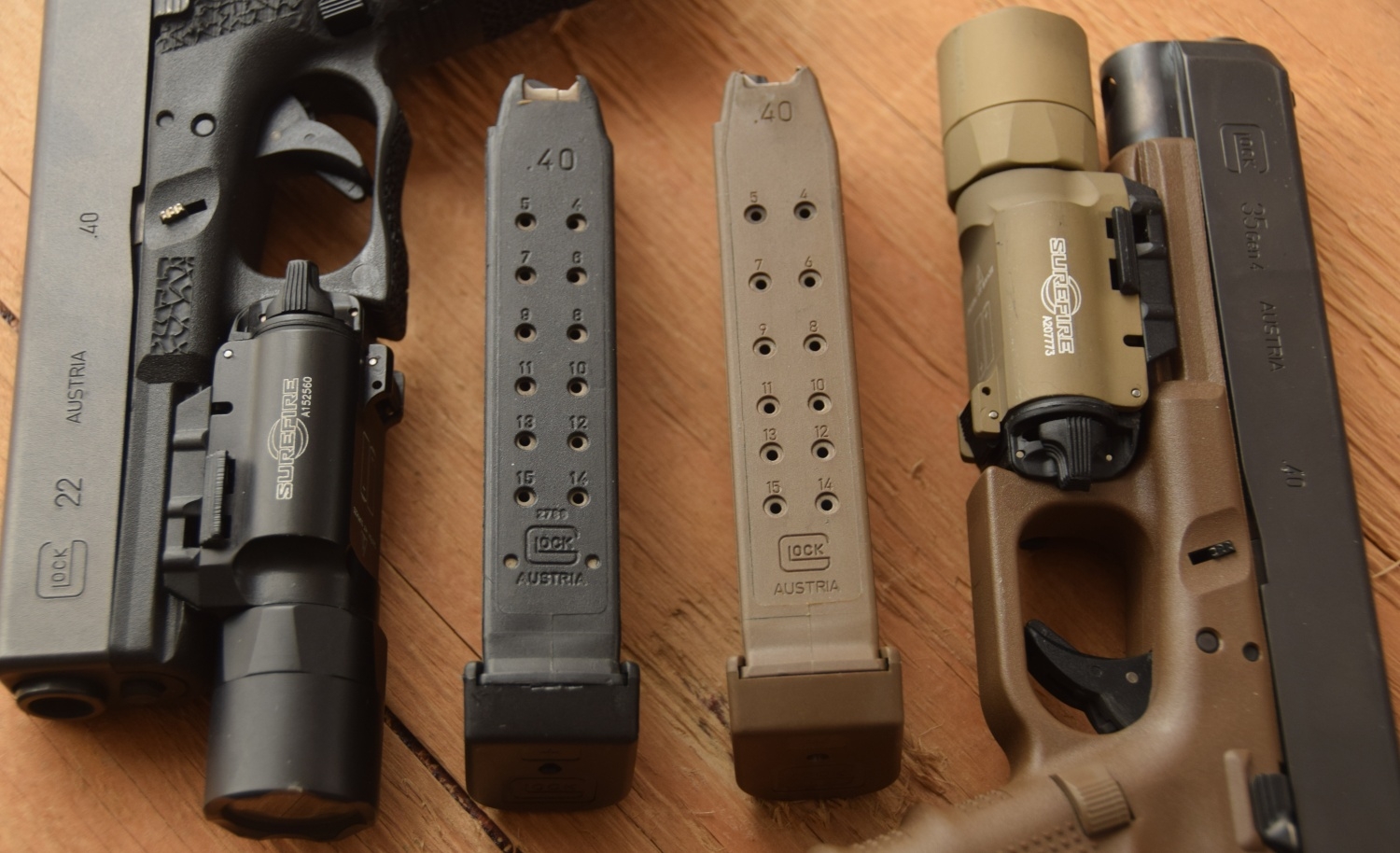 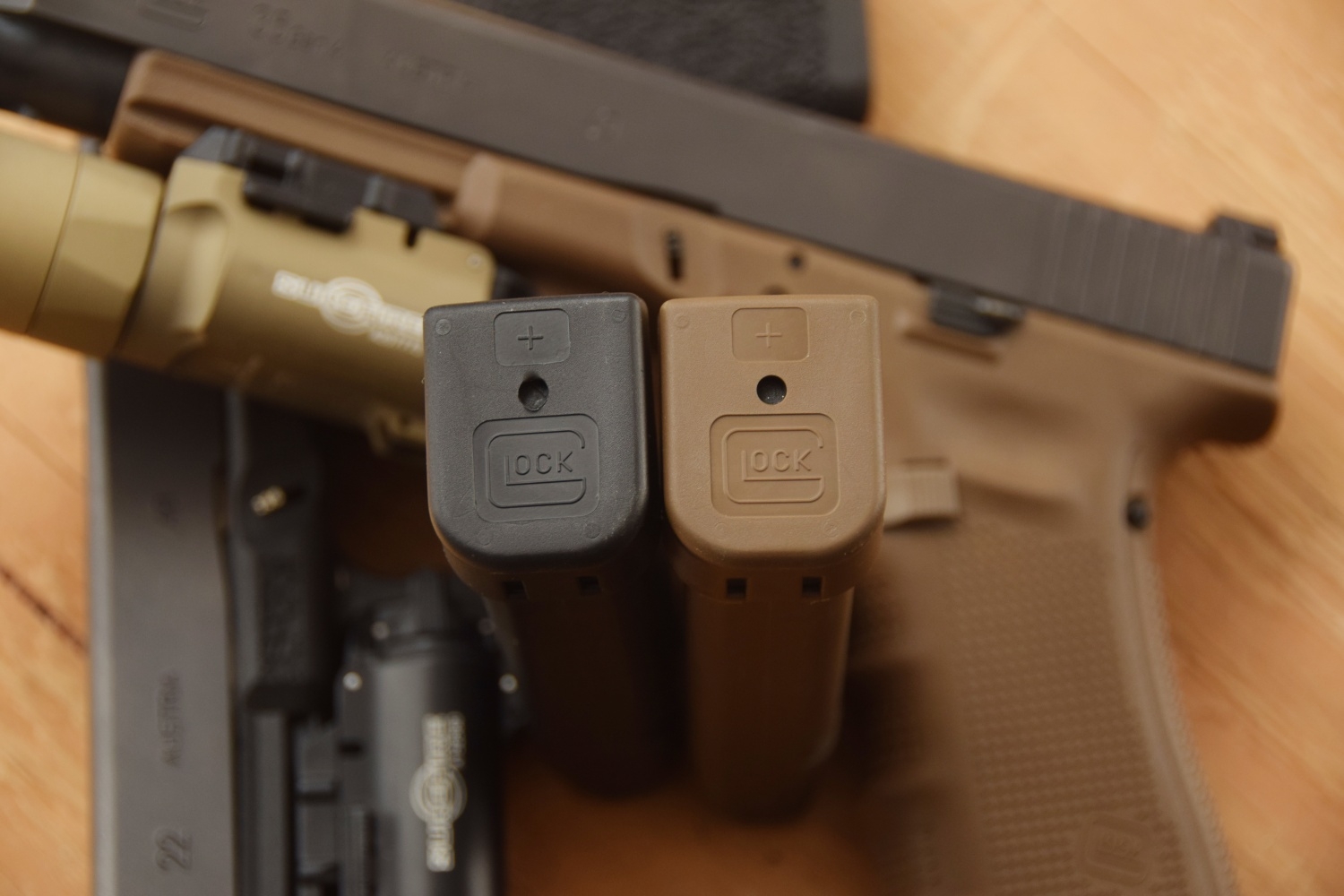 They even made a 22 round version in dark earth. 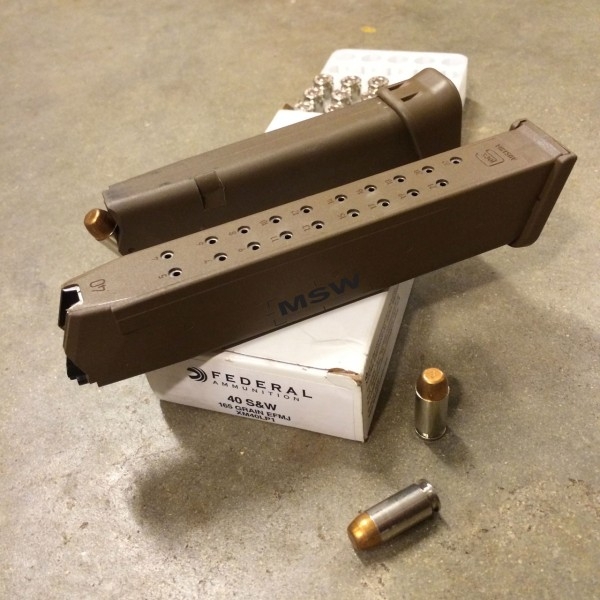 Glock is trying to get the Government to reconsider and continue the MHS competition. Hopefully Glock will sell the MHS handgun to the public just as Beretta has sold the M9A3 and FN is selling the FN509.

If you need Glock magazines, check out our website.