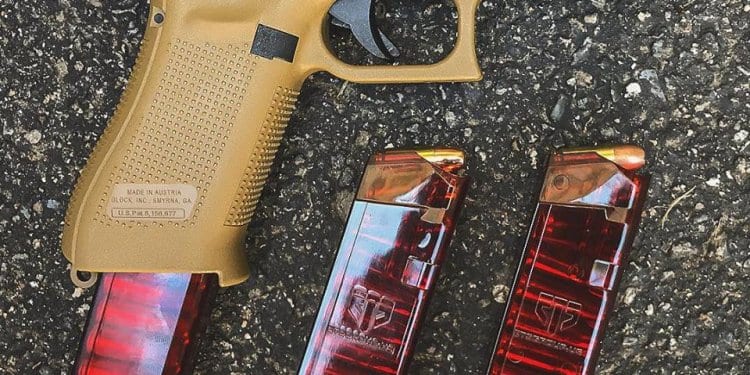 ETS, or Elite Tactical Systems, is mostly known for making affordable and transparent Glock magazines. I’ve reviewed these mags and generally really enjoyed them. I’ve found them reliable, affordable, and attractive. They function in Glocks, Glock based carbines and my little Glock 80 Lower. Imagine my surprise when I stumbled into their booth and saw words like SIG Sauer, HK, and Smith and Wesson. Following those words were a multitude of new magazines. Magazines for the HK VP9, the SIG P320, and the S&W M&P and Shield lines. On top of that, we even had new Glock magazines. Elite Tactical Systems brought out quite the surprise to SHOT Show 2019. 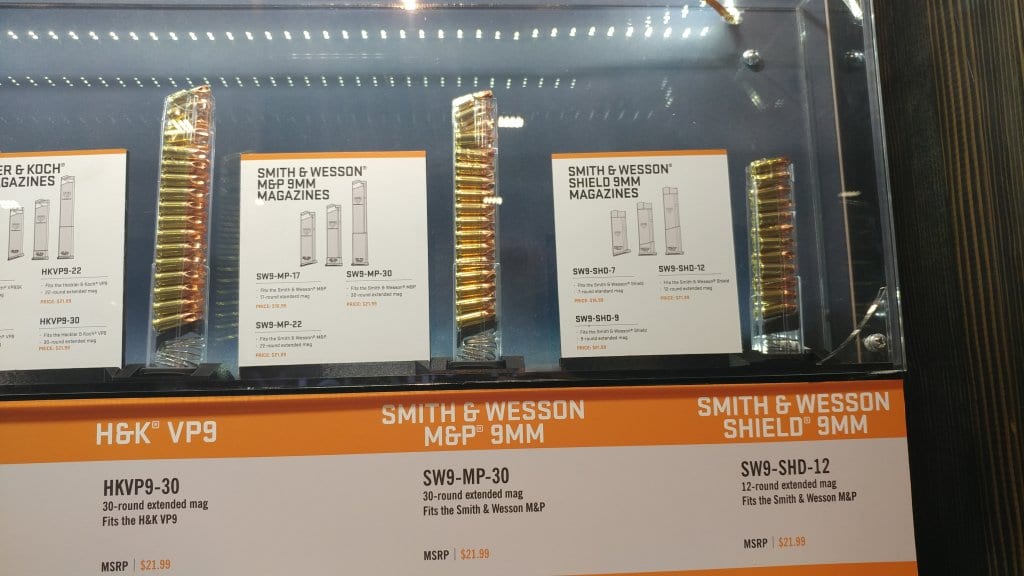 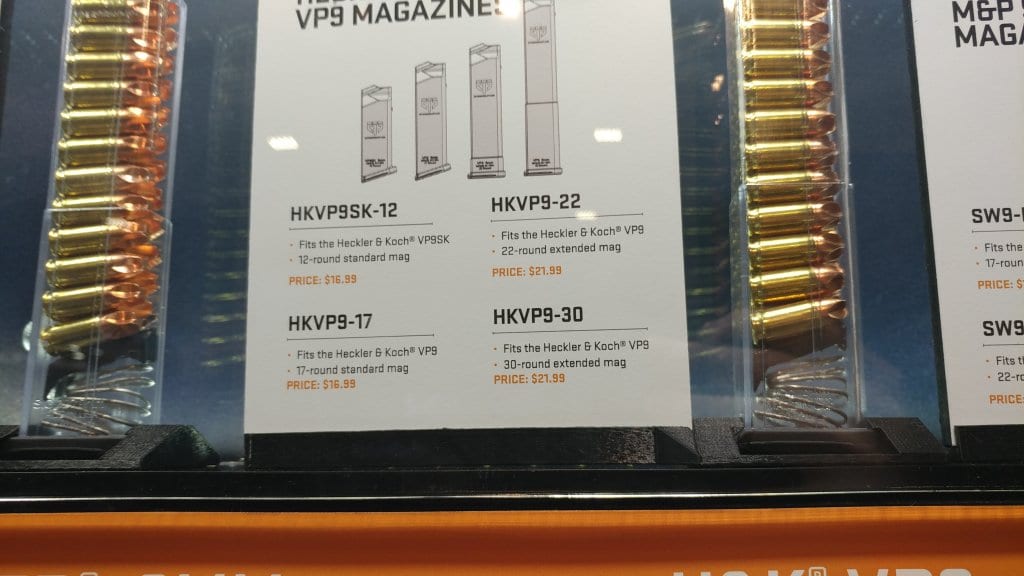 The People’s Pistol just got more affordable to own 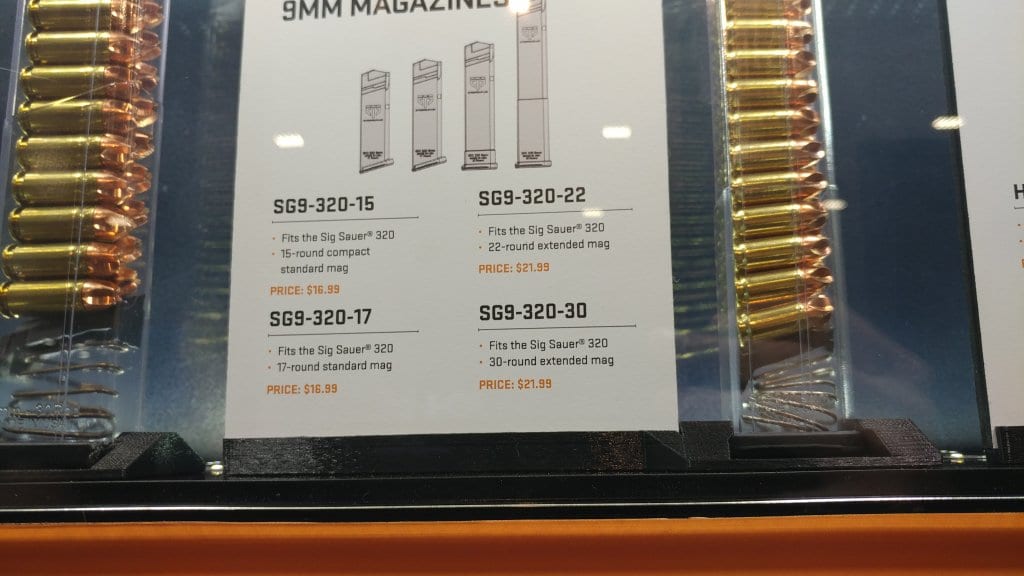 Mmmm… Will We See these pop up in the Army’s use?

Glock is still a big market and Elite Tactical Systems will be producing magazines for 10mm and 45 ACP Glocks in various capacities. This finally gives these Glock owners high capacity magazines with rounds counts of 13, 18, and 30 for the double stack 45 ACP guns, and 15, 20 and 30 rounds for the 10mm guns. Outside of that ETS is also doing magazines for the Glock 29 at 10 rounds and the Glock 30 at 9 rounds. Again the pricing is very competitive and you can expect a 21.99 MSRP. 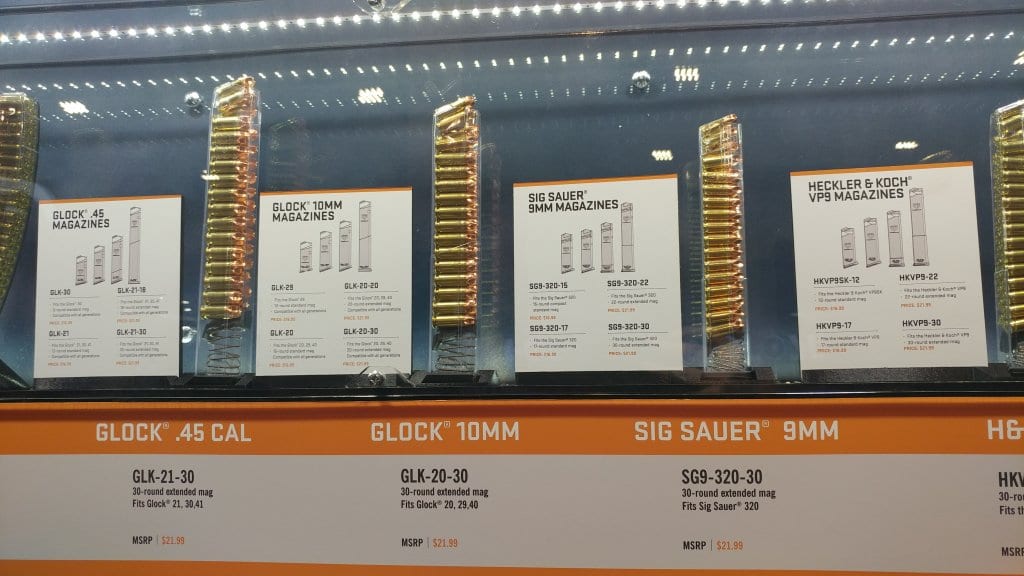 Big Bore Blessing are Upon Us

Elite Tactical Systems has also remembered the classic 9mm magazines and is giving us a 40 round 9mm Glock magazines. For those of us who just love options. 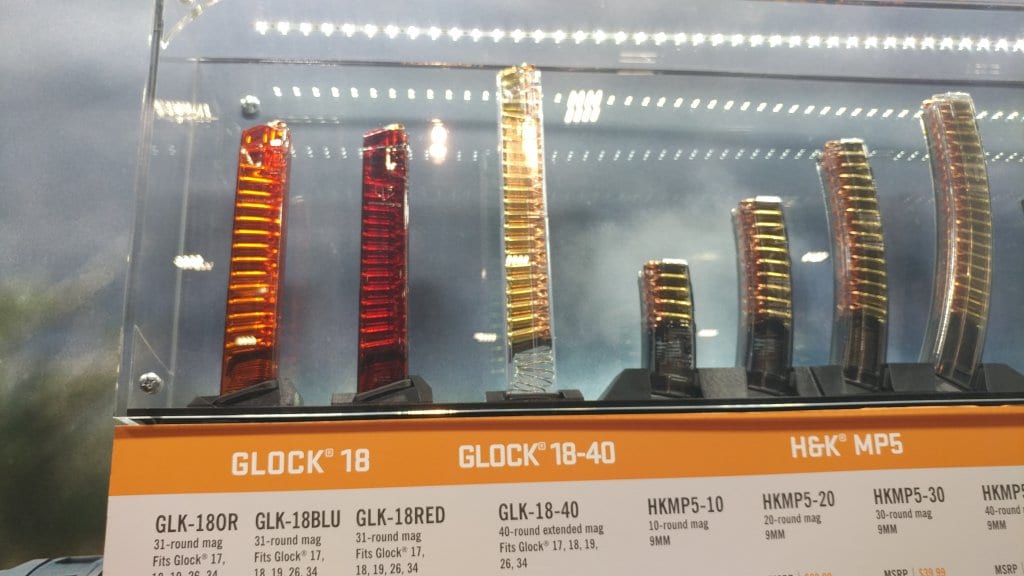 I’ve never had issues with ETS magazines and at this price, they won’t just sell magazines, but they’ll help sell guns. Who likes paying upwards of 50 bucks for a single HK magazine? Especially for a gun you call the People’s Pistol. Speaking with the folks at the booth we could see even more magazines hitting the market for brands like CZ and even possibly Walther in the future. This is a big step forward and I hope to have some in for testing very soon.

What do you suppose they’ll have for us at SHOT Show 2020?

(We carry ETS magazines you know.)