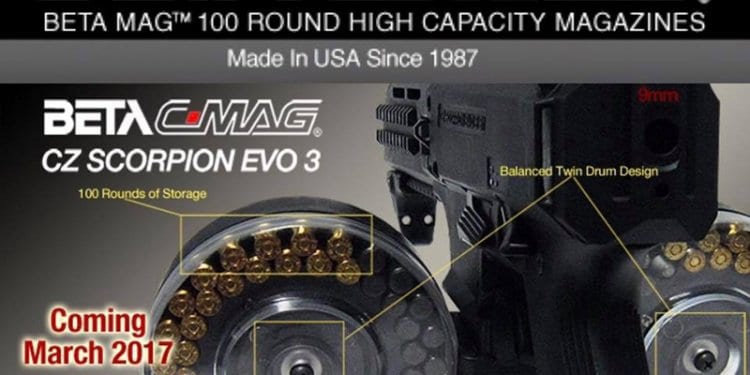 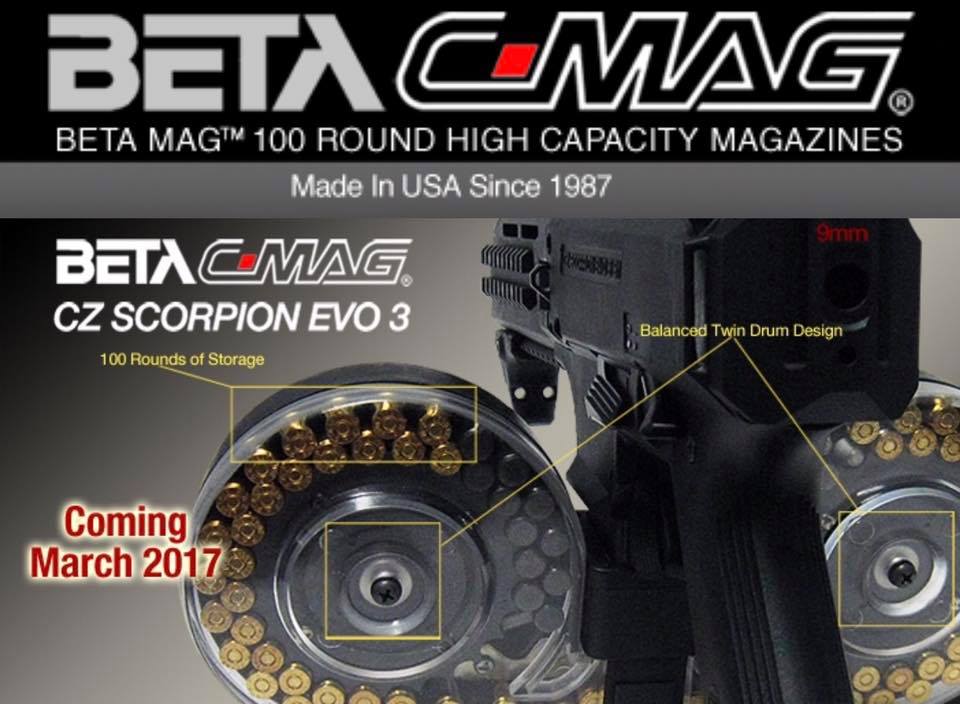 Beta Company is known for their iconic dual drum design. Their Beta Mag has been seen in movies and video games. They were one of the original companies to market a high capacity 100 rd drum magazine for cilvilian use.

The dual drum design splits the 100 rounds on either side of the gun helping to balance the weapon and keeping the magazine height short. This helps for using it on an AR-15 and utilizing a bipod. Not something that can be done with the SureFire 100 rd quad stack magazine.

Beta Company came out with a 9mm version of their twin-drum design. It started with the UZI and MP5 variants. Then with the popularity of the Glock and Glock fed carbines, they made a new magazine tower to fit Glocks. Well now they have turned their attention to the surging popularity of the CZ Scorpion Evo3.

According to Beta Company’s teaser picture, they will be released next month, March 2017. No mention of price yet. But if you look at their other 9mm Beta Mags, you can expect a price tag around $300.