It’s been a little over a year since Cyberpunk 2077 hit the streets. Sure, it had a disastrous release, but I enjoyed the game immensely. Cyberpunk is just my aesthetic. As the name implies, the game takes place in 2077, and it has a ton of great firearms. In today’s episode of A Gun Guy Goes Gaming, we’ll be talking more about concepts than actual guns. 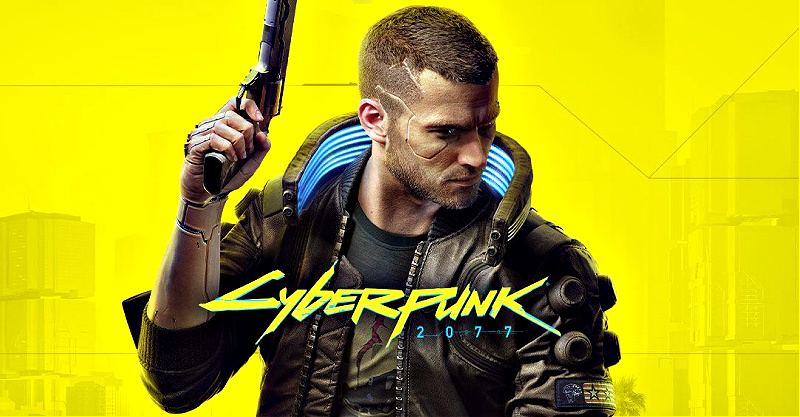 Cyberpunk 2077 might have a few firearms inspired by real guns but the game doesn’t feature any real guns. Sure, the Crusher looks a lot like a Saiga 12 with a short barrel and no stock, but it’s not a Saiga. Today, we will look at the game and examine how the future looks and if the future ties in with any potential future weapon concepts we see today.

The weapon classes are pretty dang neat, though. They are broken down into Power, Tech, and Smart weapons.

Power weapons are your standard kinetic weapons that fire various cartridges from various guns. Pretty close to ordinary firearms. They typically have a high rate of fire followed by some significant recoil.

The rounds can occasionally ricochet. Solos can use a ballistic compressor to improve the chances of ricochet and can visualize the ricochet with an eye mod known as the trajectory generator. Most power weapons can fit sights and suppressors.

Tech weapons are rail guns that use projectiles propelled by an electromagnetic charge. In real life, rail guns exist-ish as massive ship-mounted weapons with serious durability concerns. As of this writing, any handheld rail gun seems like a pipe dream.

The user can charge these weapons to deal more damage in the game, and they often zip right through cover when charged up. The rate of fire is slow, but the damage is high. These guns use caseless ammunition that’s typically a jacketed steel flechette. Caseless ammo might be the future, and we’ve certainly seen the use of steel flechettes in some real-life weapon designs. Yet, neither has been mastered to a practical level.

Smart weapons aren’t the dumb weapons we call smart weapons right now. Instead, smart weapons utilize cyberware to allow the shooter to ‘lock’ onto a target. Once locked, the bullet tracks the target and can easily hit a target behind cover. These weapons fire caseless ammo and cannot be fitted with scopes or muzzle devices.

The EXACTO rounds developed by DARPA are the first time we’ve seen guide small arms fire in real life. It’s currently limited to 50 caliber projectiles and uses a real-time optical guidance system to direct the rounds. It’s genuinely fascinating to see, and it could very well be the future.

Cyberpunk 2077 has a living and breathing gun culture. Ads in elevators and on TV scattered throughout the game advertise weapons. One of my favorites is a billboard stating, “2nd Amendment is Not Only For the Rich.” Another for budget arms is great and shows users of different ages, races, and genders wielding Budget Arms Weapons.

In the game, gun control doesn’t seem to exist. It is a game where corporations rule, and you don’t call the cops. You call mercenaries who get justice for you. Guns are everywhere, as are gunshops. Hell, the gunshop that’s part of your apartment building—yep, you read that right—even features a grumpy guy behind the counter.

Gun ranges exist, and you can compete in shooting competitions as well. Hell, you can buy a gun from a vending machine.

The Future is Now

In the game, you can customize your character to specialize in guns, and depending on how you level your character, you’ll have better perks with specific weapons. For example, if I level my character’s body traits, I’ll be more robust and use machine guns and shotguns more easily. You have to be pretty strong to wield a four gauge shotgun.

That adds an edge, and other upgrades make it easier to use Smart and Tech weapons as well. Characters can be outfitted with cyberware, essentially in-game body mods that allow you to link up with your weapon for smart targeting, ricochet targeting, and more. It’s certainly not something we have these days and seems a lot further away than 55 years.

However, not everything in Cyberpunk 2077 is too far off base. In fact, the optics are solid and rooted in real life. For example, you can put optics on almost everything, including handguns, for great accuracy and range.

The optics can be just optics or can pack a number of features. This includes range finders, ammo counters, altimeters, and targeting systems. In real life, optics like the Meprolight Foresight are shoving compasses, ammo counters, and more into your optic. This isn’t far off from a very real future.

You can also add what appears to hardware mods to do potentially realistic things like reducing recoil and increasing the rate of fire. You also get odd add ons like more damage to the head or increasing critical chance. It is still a game and is thoroughly gamified.

Oddly enough, revolvers are still plenty popular in the future. While some make sense, including a powerful four-shot rail gun and high capacity drum-fed revolver, others are just plain jane six-shooters. Albeit, they tend to be quite powerful, reflecting the magnum culture of revolvers.

Submachine guns are also common. Not just small ones or PDWs, but standard SMGs. These days SMGs are getting a bit niche in the face of assault rifles. However, maybe in a world of gangs and mercs, the concealable nature of the SMG makes sense.

Also, you can purchase a disposable machine pistol that’s made of plastic with a 3D printed appearance from a vending machine, and I love it.

Plus, numerous gun companies exist, each with its own background, country of origin, and style that lends to the world-building of the game.

Where They Get It Wrong

Well, for me, the biggest and most annoying thing is the use of suppressors. Suppressors somehow decrease your weapon’s damage unless you are sneaking, and then you get a multiplier bonus. It’s gamified and annoying.

Obviously, they get lots of things wrong compared to real guns, but there is a fantasy element to a Sci-Fi alternative future that allows us to excuse a lot of it. Since muzzle devices and a muzzle slot is in the game, features like compensators would have made sense and been nice to see.

Before we go, I want to leave with a Database entry for the aforementioned disposable machine pistol. It sums up the gun culture in Cyberpunk 2077 well.

Night Citizens disagree on a lot, but there’s one common platform they share: a gun should be available for everyone, no matter the thickness of their wallet, their age, their criminal history, the time of day, and most importantly, no questions asked.