I miss the days when there was a steady dose of single-player first-person shooters rolling out. These days everyone wants multiplayer, and to be honest, I don’t have the time to play to get good at multiplayer. I also don’t want to invest that much time into something that’s not good for my family or me. I like single-player games with good campaigns, but I didn’t expect that when I hit the download button on CrossfireX. 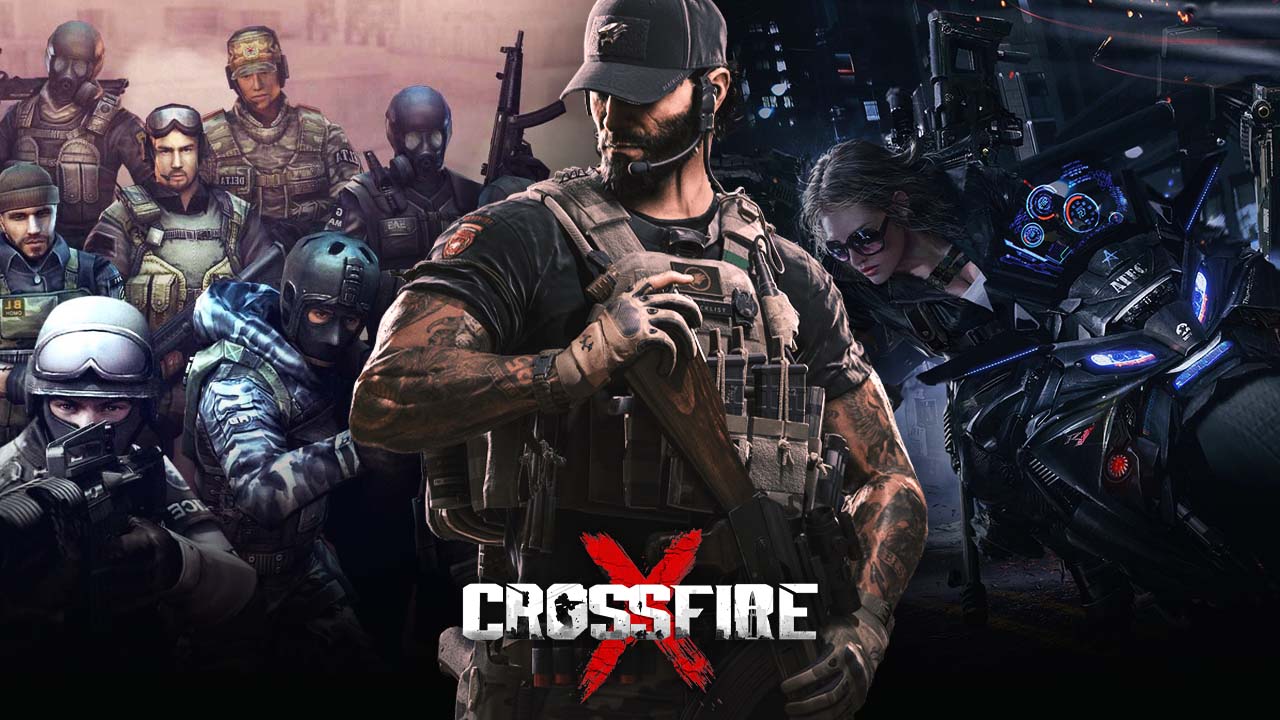 It drifted across my Gamepass subscriptions, so I did a quick google search. I saw toilet level scores, two out of ten, half a star out of five, and 38% on Metacritic. I decided to try it. It might be a rather lame duck, but it could also be fun to review for just how bad it was. I can appreciate something objectively terrible. I can even have fun playing it—for a short period of time anyway.

I loaded it up, dug through the atrocious menu system, and found the campaign. I hit go, and this is what we got.

This is a first-person shooter that has you playing as a soldier McSoldier in a faraway country dealing with terrorists. Yeah, the plot isn’t super original, but it’s a game about shooting things. You carry two weapons and can swap for enemy weapons at any time. Graphically, the game looks pretty good. Everything is clean, crisp, and easy to see. The game has polish to it.

It also has lots of voice acting that’s legit and good effects, albeit you’re stuck in rather dingy areas. The controls are fine, and the guns feel punchy. There is real recoil to every shot fired.

The game is a standard, linear first-person shooter, much like every Call of Duty ever. You have a very narrow predetermined path to move through. The game tries to break things up by allowing you to play as three different characters. You’re introduced to these chaps in the beginning and you swap characters as part of the narrative.

The standard ‘assault’ guy has a rifle and handgun. Then we have the team sniper with an SPR, and finally, the machine gunner with a SAW. Some segments will have you play as the sniper in a fixed position covering teammates, and they tend to be fun. One with a .50 BMG rifle stands out. As a machine gunner, you get swarmed with bad guys constantly pressing in, and ass the assault guy, you’re light and agile.

Some levels are great. There is one where you are navigating the city and going through an apartment, and it feels like Beirut, the video game.

So it’s a good game?

I wouldn’t call CrossfireX a good game. It’s a superbly bland game with some highlights of good. The beginning is strong. You start the game in a firefight learning the controls. You have this weird ability to slow time to make better shots which is neat. After a fairly strong opening, the game gets kind of boring and repetitive.

The plot is fairly predictable. The last few levels have you in a mine, and they are an absolute slog. Tight quarters, narrow hallways, and bland environments make the game super repetitive.

The biggest sin of CrossfireX isn’t being a bad game, it’s being a bland game. It’s as bland as Chik-Fil-A chicken. It has potential but just doesn’t deliver. I dug more into the bad reviews, and the multiplayer is apparently plagued with cheaters, and that’s definitely driven the scores down, and it should.

Overall it’s a five out of ten game. If I had paid actual money, I might be angry, but I didn’t, so I’m not.

The plot does have some neat ideas, though. It’s tough to make an FPS with a military theme without hitting every trope in the head on the way down. The game does that but still has a few original ideas. There are actually two campaigns. One was free, and that’s the one I played. You play as a Global Risk soldier, which is a white knight of a PMC.

The bad guys are Black List. I guess they are terrorists or bad mercenaries or something. It’s not really clear. The first campaign you play as Global Risk and the second as a Black List soldier. In the first campaign, you are on a mission to snatch a bad guy, and everything goes sideways.

Your team leader gets killed… but maybe not really. From then on, you’re trying to find him, then evacuate this foreign hellhole. There are some trippy dream sequences where your team leader might be talking to you, or you might be crazy. That’s where the game is a bit original; it dips into the supernatural, but not in a crazy way.

It’s still predictable and follows a trope I miss from the 90s where the bad guys were all some form of European.

The weaponry is interesting. 90% of it is pretty good, with some surprising attention to detail. The 10% that’s bad is the shotguns. They are useless. Even at point-blank range, they suck. They are nerfed beyond belief and absolutely useless, which is sad because the sawn-off double barrel could be a lot of fun.

Most of the rifles feature optics. Usually, they’re red dots, but a few magnified optics make their way in. For example, the SCAR H uses an Elcan impostor with a 4X magnification, and various sniper rifles feature magnified optics. One of the handguns even has a red dot mounted which is nice to see. Some rifles even feature offset red dots for close range. The SCAR and SPR, for example, have side-mounted red dots.

Guns like the AK-105 are red dots with magnifiers the player can switch on and off when needed. It’s pretty sweet, and these kinds of details make the guns interesting to use. With the guns M4 stand in the CAR 4, players even see some personal add-ons by the soldier. This includes a blue extended charging handle with Radian raptor vibes.

Outside of the shotgun sucking, my only other complaint is the machine guns. You carry more rifle ammo than MG ammo, which makes no sense. My biggest complaint is that CrossfireX nerfs my two favorite classes of firearms.

Should you play it?

If it’s free and you have nothing else to kill about four hours with, sure. I would stay away from the multiplayer until they get rid of the cheaters. CrossfireX could be a fun game. Hell, leave the game in the city and have the player dodging snipers and navigating apartment buildings like it is Beirut, and it’d be a blast.

Retention Shooting: Why It’s Important and How to Train for It

The Legendary 1911 and the Men Who Carried It

Do Lever Actions Have a Place in Tactical Applications?

Insurgent Weapons of the War in Iraq