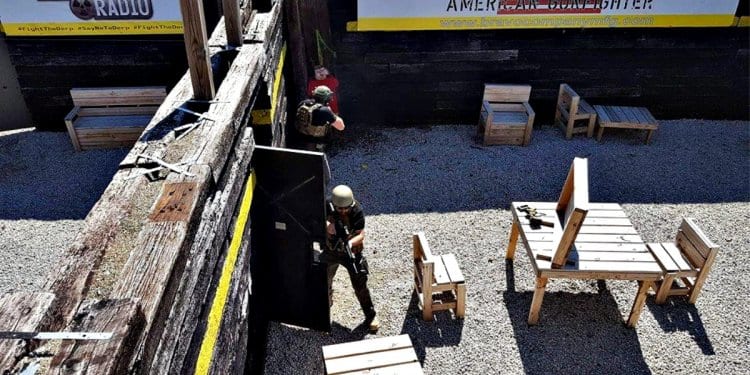 Home defense is a topic that is misunderstood by many. For years I have heard the myths, legends and old wives’ tales about how to protect your home with a firearm. Some of the most popular myths are:

“A shotgun is the best home defense weapon, you don’t even have to aim to hit them.”

“Just the sound of a shotgun racking is enough to scare them away!”

“As soon as I hear a noise I’m grabbing my gun to go find them.”

“I KNOW no one is supposed to be here so I’ll just shoot through my door.”

I thought I would write down a few basic concepts about home defense as I see it.

Layout and Area of Denial

Whenever possible, fighting from the “high ground” is always preferable to hunting and being dragged into a fight with solo CQB. I am a big fan of the Area of Denial Method (whenever possible and where applicable). Here’s how it goes: Establish a corridor that sits between you and likely areas of entry. Create a funnel or bottleneck that you can control from a superior position of concealment/cover with a field of fire that would immediately overwhelm an armed and positively-identified dangerous intruder.

These Are the Major Factors to Consider 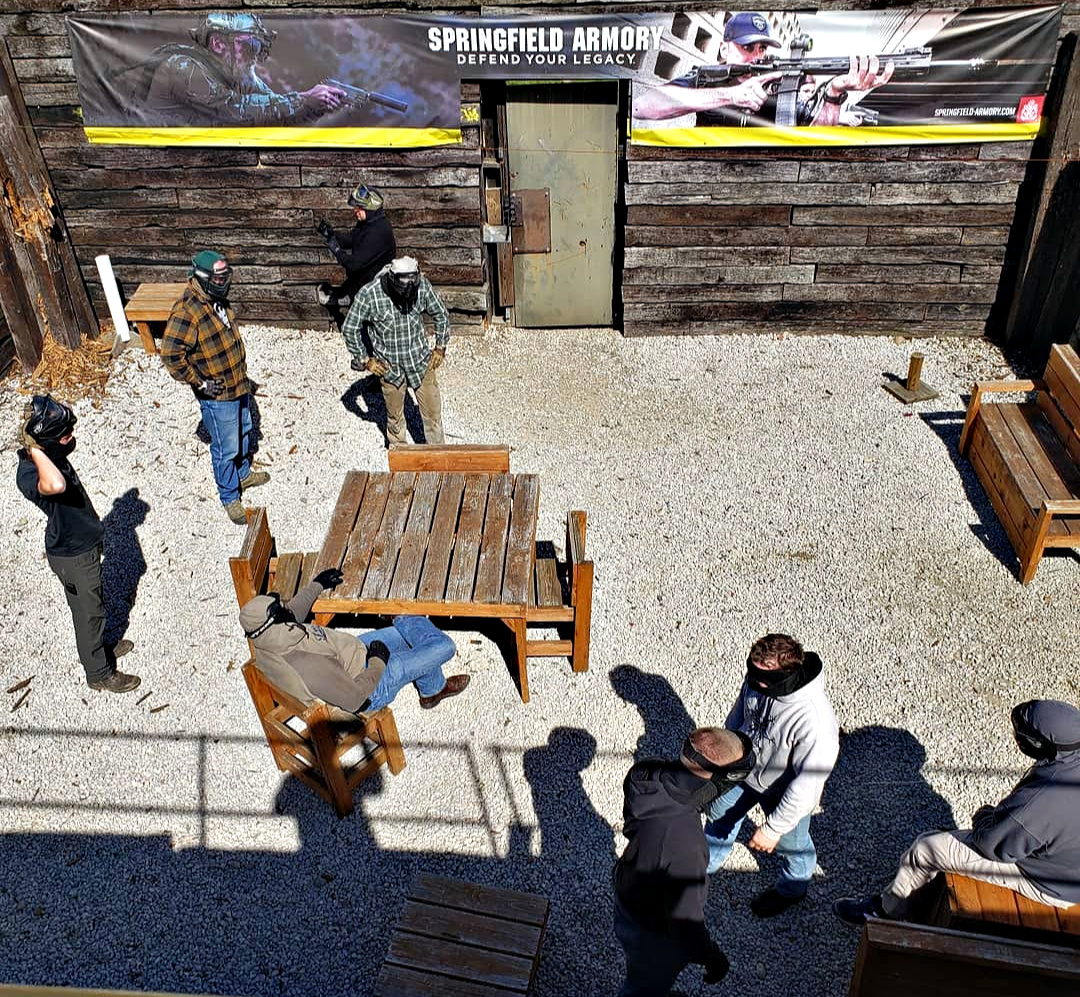 At the Alliance Police Training Facility Shoothouse, actors await their scenario for runs in my home defense Force-on-force course

Having entry points between you and your loved ones is not good. It will force you into solo CQB with friendlies, unknowns, and enemies moving around in between. That’s a stressful situation in which you’ll be under pressure to move quickly and decisively while ready to ID everything that gets in front of you. The best scenario is to have everything you love behind you and a controlled Area of Denial between you and entry points — as well as a setup plan that takes 10 seconds or less with you getting to a line-in-the-sand point before they do.

For example, if your bedroom is upstairs, and your stairway feeds from the right at the bottom, taking a position of concealment at the top left with your dot/laser/optic hovering around chest height at that feed point will give you ample time to PID the intruder and drive the shots home before they see your eyes and muzzle (which is all that should be sticking out at the top of a dark corridor).

The bottom of the stairway is your fight, not the top. You’re positioned at the top, but you are stopping him at the bottom. Whether you hover muzzle off target area for PID, or not, is circumstantial and should be a completely informed decision. This could apply to any area/room/corridor that you choose.

If you can’t achieve this optimum positioning, then at least make sure you can try to keep some space between you and the approaching intruder that you can control safely with firepower and positively identify anyone who comes through. You can set up an Area of Denial in a hallway, stairway or even across a room.

The objective is to keep the fight from happening right on top of your position, where the intruder can reach you or your loved ones physically, or engage you in an open gunfight. This fight needs to happen on your terms, not his, and according to your plan. No matter how you set it up, work a room, or what weapon you use, this is the way.

Backstop and Over Penetration

Another consideration is the backstop. The backstop of your Area of Denial and field of fire should not be your kid’s bedroom or neighbors apartment. The choice of weapon and caliber should at least be partially guided by those layout factors.

Too many times I have heard people say that they had never even considered that the direction they would shoot in was actually backstopped by a child’s bedroom or something similar. This is why we plan and develop procedures, to greatly reduce the chance of catastrophic mistakes like that.

Be aware of the backstop behind you also. Remember, gunfights are often two-way ranges, so in your planning, place yourself against a safe backstop area when it is possible. If those you love are directly behind you with only sheetrock and a few two-by-fours separating you, those bullets flying towards you are just as dangerous to them as they are to you.

You may be surprised to find out that based on FBI over-penetration testing, the .223/5.56 shot by common AR-15 rifles can be the safest caliber over shotgun and pistol rounds in this situation. It’ll also offer you superior firepower in both capacity and kinetic energy on target. The AR is also a much more maneuverable weapon and is rather easy to manipulate and shoot accurately with a very manageable recoil (especially for smaller shooters).

That double 00 buck the gun store guy told you to use in your home defense plan? That’s going to be 8 or so pellets, each nearly the size of a .38 slug flying through barriers and resisting fragmentation. This means they will leave the room you are in, travel through several rooms and very possibly exit your home with enough energy to still cause death and destruction. That is a huge liability.

The shotgun does not just “spread out” and hit everything, in spite of what you’ve been told. At a room distance, most loads will maintain a very tight pattern and will still require a great amount of control and accuracy to be safe and effective. Not to mention that it can be unwieldy and cumbersome to maneuver with and operate. 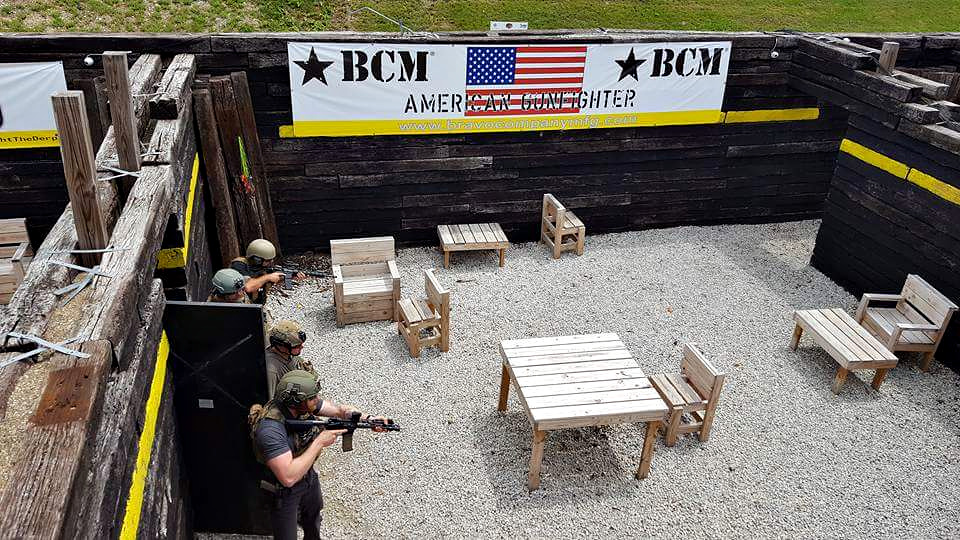 Early warning tools offer prime advantages that allow you the time to set up your defense plan and positioning. Home alarm systems are incredibly affordable and easy to install. Your possible entry points should be wired with an alarm that will sound off in a matter of seconds upon entry —not the standard 30 or 60 seconds. “Home” mode should be quick.

If using an audible alarm, become comfortable with the sound. It should be a “security blanket” for you, and a distraction for the intruder. For you, it will be a comfort knowing that law enforcement is already being called and the intruder is now time-limited. For the intruder, it will induce pressure and stress, pushing his timeline up significantly while your timeline proceeds as planned. His ability to predict the outcome in his favor wanes quickly, uncertainty begins to kick in and his plans are now changing on the fly. This also is to your advantage if you have prepped and locked in your position. Consider these same factors in your own plan.

A dog is another early warning system, and even if it is not a “guard dog” it can at least make enough noise to give you that warning. The alarm and the dog together will provide the 10 or so seconds in most home layouts to take a position of dominance and create the denied area coverage.

From watching home invasion surveillance videos, it seems to stand that there is an average of 10 seconds or less from the first kick to full breach in criminal home invasions. That’s not a rule but a good starting point. Making entry points “hard” should also be on the list to create the prep time. Long screws, kick plates, hard windows, and doors, etc. will extend that breach effort, and that gives you what you need:
time. 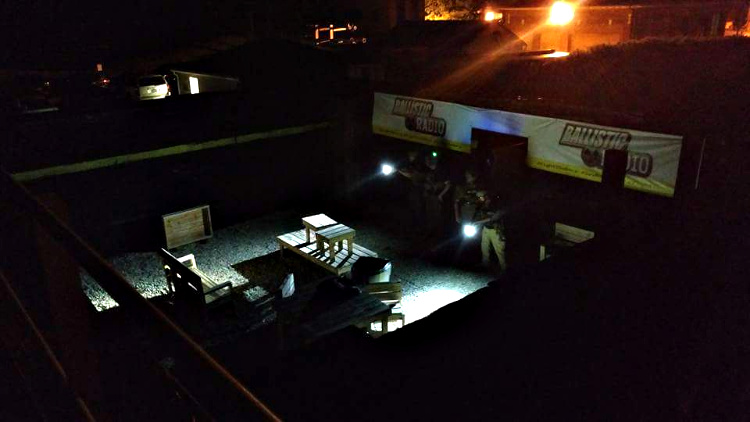 Having access to manage lighting in the home, as well as weapon and handheld light skills, is important beyond measure. And don’t forget to train for the one most common mistakes even experienced shooters make under pressure in CQB: mechanical offset at room distances (where applicable).

If you don’t have a layout that provides that corridor or area, or you have to move, nothing short of training in procedures will help you there: door procedures, room procedures, hallway and stairway procedures.

If you really want to take home defense seriously, it is advisable to take some quality CQB training from reputable instructors who have experience in dealing with domestic structures in the U.S. and criminal threats. Not just one, but a few teachers.

This will give you several different systems and techniques, some of which will apply to your particular layout better than others. Your prep should conclude with taking those learned principles, procedures, and methods and gaming them through your own home to master the layout.

Use mirrors and obstacles. Movie things around to advantageous positions, and then practice working your way through. Sometimes, do all of that with the alarm going in order to establish that comfort level (if audible is employed).

I don’t think that there is any one true way, system, or method that will work in all CQB situations. However, if you listen to many sources, you should see common basic principles that float to the top of all of them. Good teachers will take that fact into consideration in their offerings. Varied training and experience will bring about a collection of information that will most likely produce the best results for you
as a fighter inside of your structure.

At the very least, just don’t be one of those people that believes in any of the home defense myths that I pointed out at the beginning of this article.

Read more like this in the home defense archives.