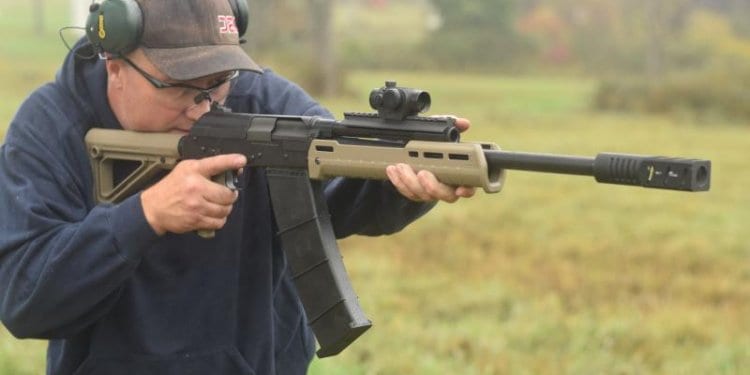 Thanks to US Sanctions against importation of MOLOT and Kalashnikov Concern aka Izhmash means no new Saiga 12s or Vepr12s are coming into the country.  Want to get a Vepr12 or Saiga12 but not at overly inflated prices? Check out the SDS Imports Cheetah12. It retails for only $499

SDS imports has a magazine fed 12 gauge shotgun that is similar to a Saiga12. It uses Saiga12 magazines and is gas piston driven like a Saiga12. There are a few differences though. The charging handle is on the left handside and the Cheetah12 has am ambidextrous safety like an AR15. The left side charging handle is actually a fantastic option. Tricked out race gun Vepr12 shotguns have left side charging handles because in competition, speed is just as important as accuracy.  Obviously you can now rack the Cheetah12 without having to reach over or under like a traditional AK style firearm. Another nice feature is the gap between the dust cover and the receiver. If there is a malfunction you can see it with your left eye. It is fast and easy. You can skip rolling the gun over and looking into the ejection port. Here is a comparison between a Cheetah12 and Vepr12 bolt. The Cheetah12 doesn’t have traditional rear AK sights. Instead it has a longer sight radius with an adjustable rear peep sight and forward fiber optic sight mounted on top of the gas block.

For added stability, the rear locking tab has two spikes that lock into two holes in the rear of the dust cover. You can see it in the photo near the lower right hand corner. The rear of the receiver has a riveted block that is threaded for AR-15 buffer tubes. The Cheetah12 comes with a faux buffer and a fixed stock. The length of pull on the factory stock was a little too long for my liking. So I removed the stock and buffer. I replaced it with a real buffer tube and Magpul MOE Fixed stock.

Be careful removing the faux buffer. The end plate sling loop is keyed to the buffer and receiver block. You need to loosen the castle nut and pull the sling plate away from the back of the receiver then the whole buffer tube can be unscrewed. If you don’t. this is what happens. The threads of the receiver are steel so they were not harmed. At the end of the barrel, the Cheetah12 is threaded for muzzle devices like the Saiga12. I installed a Molot GK02 muzzle brake from Legion USA. I tested the Cheetah12 with my friends Vadim and Brian. Both of them are ardent fans of the Vepr12 for 3Gun applications. So they were particularly interested in seeing what potential the Cheetah12 has. The gas block has a four position knob to adjust the gas settings. From no gas to wide open. You can dial in the right port setting for your ammo. It ate everything we fed it.

The only issue we had was using the two SGM Tactical 10 rd magazines I had with me. Vadim told me to use four 15mm deep sockets and shove them into the SGM magazines. Then boil water and dip the mags into the water (feedlips first) for about 90 seconds. Then take them out and run them under cold water. Sand the outside of the feedlips so it fits into the Cheetah12.

Brian and I tested it again and got mixed results. It ran fine for me but had a hiccup for Brian. It could also be the ammo. We were using Federal shells from those 100rd packs you get at Walmart.

As you can see the Cheetah12 has been modified further. Brian has been working with Vadim and 4Range to modify Magpul Zhukov handguards onto Vepr12 shotguns. After seeing Brian’s prototype, I told him to make it work for the Cheetah12. In actuality it was easier to adapt the modified Zhukov handguard and make it fit the Cheetah 12. All we had to do was make a tab that fits the front of the receiver for the Zhukov chassis to bolt onto. The Cheetah12 gas-block is threaded for a sling stud. We utilized that threaded hole for the front of the chassis. One problem I had with the Cheetah12 was that the front fiber optic sight fell off after a few rounds of test firing. Rather than try and get the fiber optic front sight back on, I had my machinist friend Keith drill and tap the gas block to mount a rail over the gas tube. 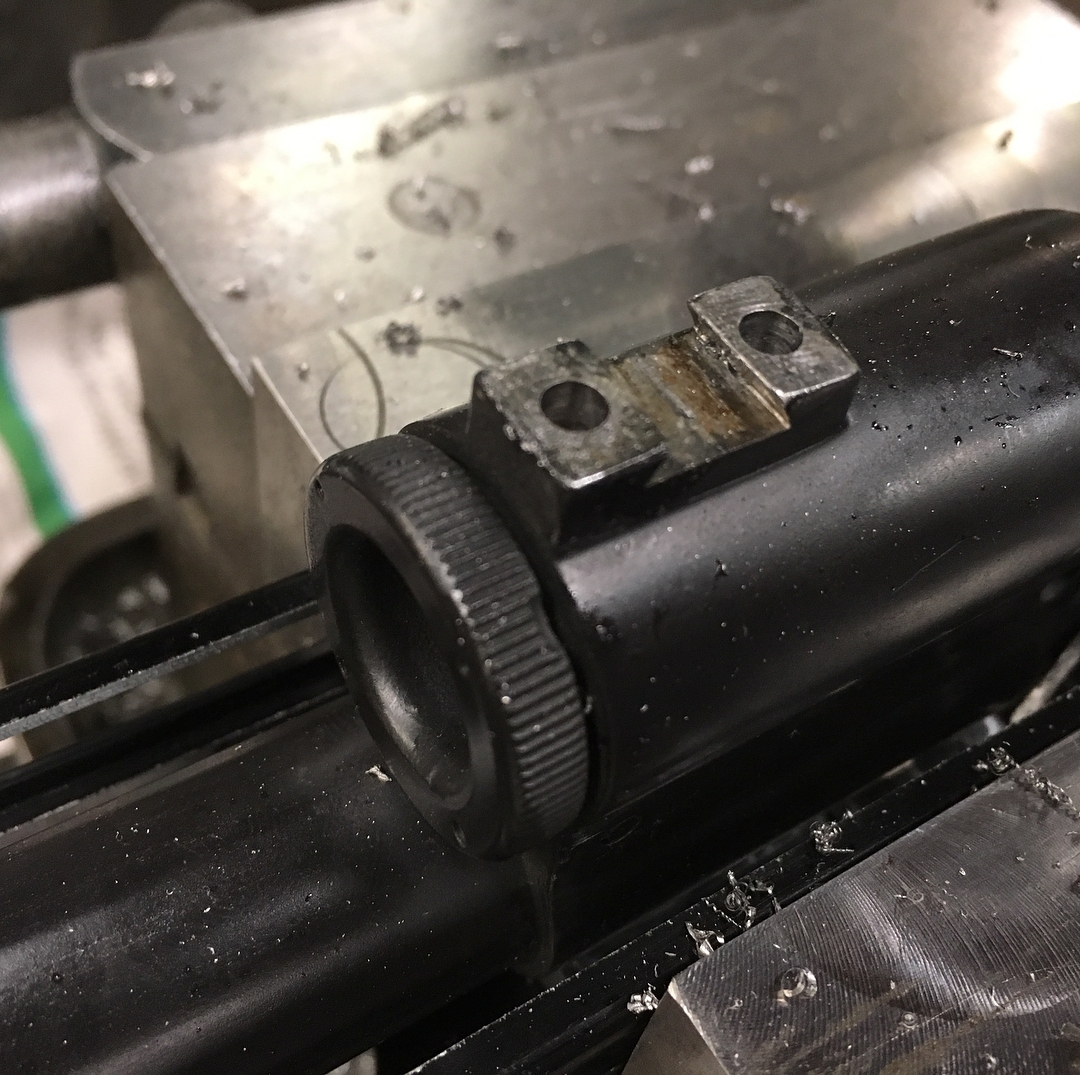 For a $500 shotgun the Cheetah12 impressed me a lot. With the factory 5 round magazine it eats anything I fed it. From the cheapest bulk birdshot to buck shot and slugs. Higher capacity magazines were a little hit or miss and sometimes needed a little fine tuning to get them to feed reliably. I would like to try Black Aces Tactical magazines as those are Saiga 12 compatible. The most crucial thing I would recommend for a factory Cheetah12 is change out the stock and add a rail for an optic. The Cheetah12 has some real potential and it just needs a little 3rd party support to really make it a contender and push the Vepr12 and Saiga 12 off their respective pedestals.