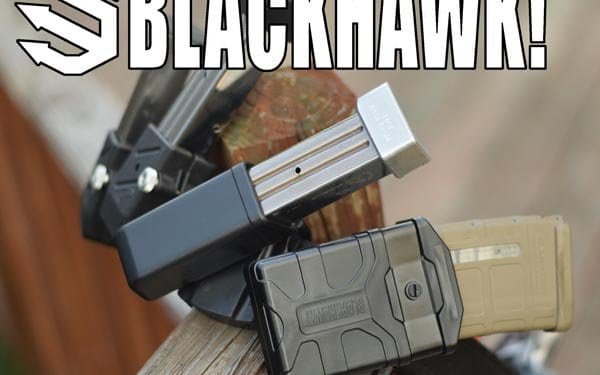 According to Larry Houck, Product Manager of Holsters and Duty Gear at Vista Outdoor Inc., the Blackhawk! QuickMod mag pouch has been around for two years. However, not many people know about them or have even seen them.  Blackhawk! has made magazine pouches in the past. They were a no-frills basic affair that simply held magazines on a belt or interfaced with their Serpa line of drop leg rigs. The older design mag pouches were focused on duty or military use. 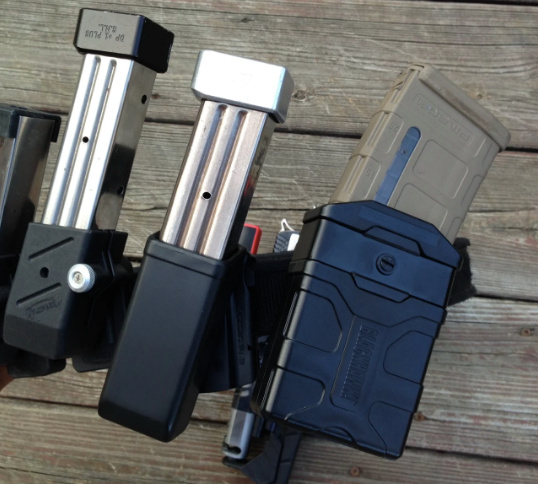 The new QuickMod Cases can be used for duty or military but where they really shine is competitive use. The single mag case is available for pistol magazines or AR-15 magazines. But what sets them apart from traditional mag pouches? First of all the mag pouch has 360-degree rotation around the belt attachment. Second, and this is the most unique feature of the QuickMod Cases, is their quick-detach belt attachment design. 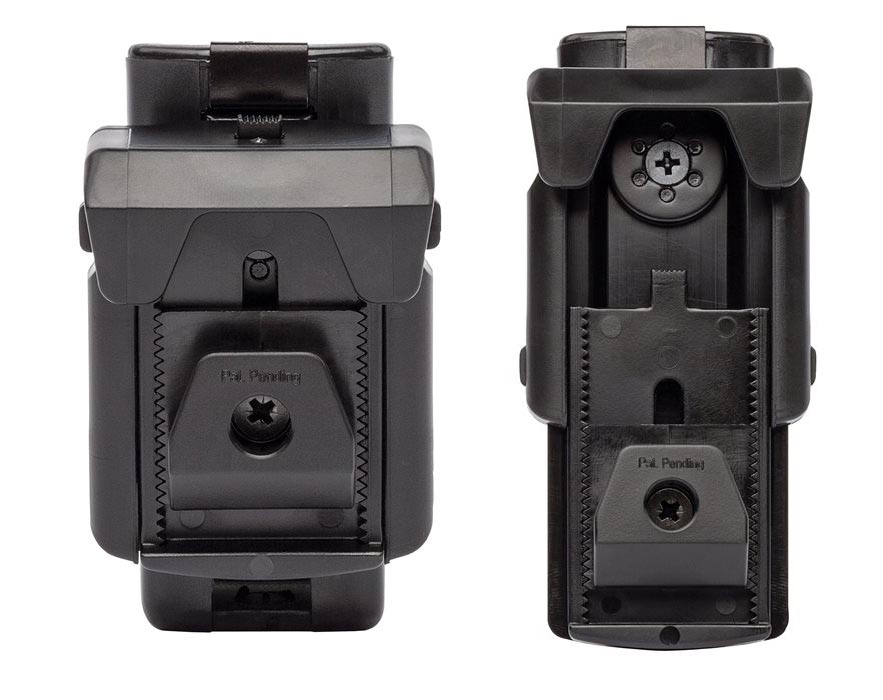 There are mag pouch systems like the Safariland ELS system or 5.11’s Slick Stick system. However, they are not as sturdy and simple as the QuickMod system. The Safariland ELS is a two-part design. A female coupler is attached to an ELS belt. Then the male end is attached to a magazine pouch. The ELS mag pouches only offer a limited 90-degree range of angle adjustment compared to Blackhawk’s 360 degrees of rotation.

Another fantastic feature of the QuickMod design is that it is tool-less with the exception of the belt adjustment. As you can see in the photo above, the bottom hook is adjustable for belt sizes 1.5 to 2.25 inches wide. You need to remove the screw and pull the hook away from the QuickMod case. There is a threaded rectangular plate on the other side and it can fall out if you don’t hold it in place. Once the hook is removed you can reposition it for a better fit depending on your belt size. Once adjusted that is the only time you need a tool for the QuickMod case.

Here is a quick video showing how the QuickMod cases work.

Some of you may be asking “why would you need a 360-degree rotation of a magazine pouch”? And the answer to that would be for speed and competition. If you take a look at how USPSA or 3Gun shooters set up their belts, you will see their pistol mag pouches are usually angled to the back. This aids in faster reloads and getting the magazine out faster.

Another issue is the ability to remove the mag pouch quickly. Many shooters set up dedicated rigs to hopefully have everything they need. However, in the sport of 3Gun, stage design can alter drastically and you may have to utilize one gun more than another. If that is the case then your belt and pouch setup may not be suitable for that specific stage. This is one reason why the Safariland ELS system is so popular with 3Gunners. It allows them to rearrange their belt setups on demand.

As I noted earlier, the ELS system uses a two-piece design. The female coupler is affixed using the holes in the ELS belt. This limits its position to only where there are holes and it makes it harder to make small adjustments. With the QuickMod design, you can slide the mag pouch forward or rearward along the belt for a more customized setup. You can mix and match other pouch designs or belt attachment methods. For example, I have a Shotgun Shell caddy that uses a Blackhawk Serpa belt Modulock. That way I can attach my shell caddy at a whim depending on the stage or match.

The pistol QuickMod Case can fit single stack or double stack magazines in 9mm or .40 s&w. Double stack .45acp magazine did not quite fit, I was able to force a Glock 21 magazine and an FNX-45 magazine but only the feed lips were able to be inserted. I did not want to force the entire magazine into the QuickMod case as it would be difficult removing the magazine.

I tried all my various AR15 magazines and they all worked in the AR QuickMod case. While I do not have any, I don’t think the ETS AR magazine will work due to the coupler protrusions molded into the sides of the magazines.

The QuickMod Case is a great self-contained design that allows the user a world of adjustability to their needs. They retail for $40.95 for the pistol case and $50.95 for the AR case. Now that does seem a bit high for a mag pouch. However, if you look at Safariland ELS systems, they have magazine pouches for different magazines. You would need a separate magazine pouch for a Glock magazine and a STI 2011 magazine or a single stack magazine. That is three separate mag pouches with separate ELS forks for their couplers. Whereas you only need one QuickMod Case for any of those magazines.

For more information on the Blackhawk! QuickMod Cases go to their website.