I recently picked up an Aimpoint Comp M5 red dot sight from a friend and was unabashedly excited by what I was holding. Since then, I’ve run the sight through it’s paces and have found the optic to be lightweight and rugged like I’ve found all other Aimpoint products to be.

Described by the company as a “…high performance red dot sight developed to withstand extremely tough handling and environmental situations,” the Comp M5 is designed for the “both eyes open” method, also as the known as the Bindon Aiming Concept, which enhances situational awareness and target acquisition.

This article is from February 2020. 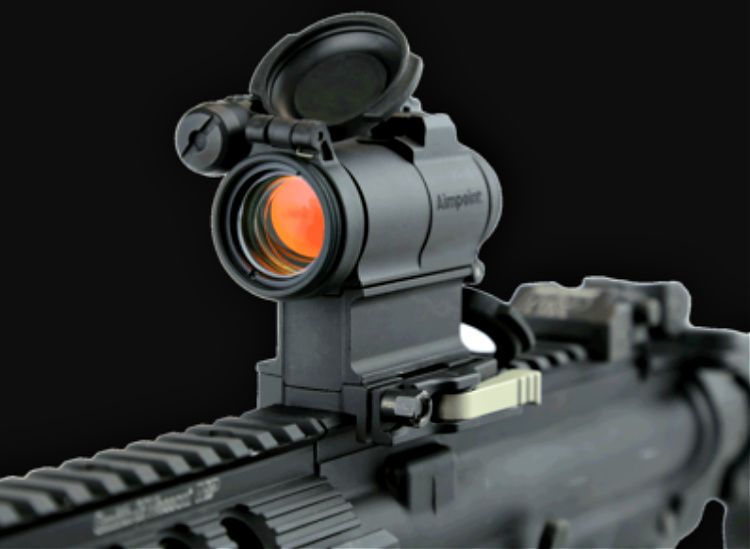 Here’s the run-down on the Comp M5.

Before I go too far about what I did with the Aimpoint Comp M5, let’s talk about the optics features. The CompM5 is run by a single A.A.A. battery. This is a great feature for those end of the world situations you might find yourself in because even the Walking Dead cast can find the Triple As in those raided stores!

It has a crisp, easy to use 2 M.O.A. dot, which is daytime bright—as all Aimpoints H1’s and T1’s I have used are. The mounting surface is the same as the Aimpoint H1’s, T1’s, and T2’s, so you are sure to have some sort of mount sitting around if you are like me. The optic is shipped with lens covers, which I think is a major improvement over the H1 and T1’s I currently have.

The objective lens is clear, allowing you to use it even in the rain and snow. The front lens cap is solid plastic. It has an operating temperature range of -49 / +160 degrees Fahrenheit, which according to me will work in hell!

So now that we have ended with the long list of features, let’s move on to my experience, mounting, zeroing, and overall assessment of this optic.

So to start with, I mounted this to an A.D.M. T1 Micro NV Height mount. This mount places the optic dot at 2.33” above the upper receiver rail. At this height the optic mount allows you to get a more upright head position as well as easier workability under helmet-mounted NVG systems.

Mounting the CompM5 to the ADM NV mount was simple and took only 10 minutes. For those individuals mounting an optic to its mount, I recommend they use some form of Loctite. I usually use blue for these types of jobs.

When mounting a red dot optic to my ADM Mod 1 UIC rifle, I normally mount it to the forward half of the upper receiver. I do this for several reasons, it seems (at least to me) to center the weight of the rifle, as well as moves it forward enough for me to get my helmet-mounted NVG behind the optic. If you so choose, it also allows you to mount a 3x or 6X flip to side magnifier behind the optic.

A few years back I attended a Frank Proctor carbine class. In the class, Frank taught a method of zeroing at 10 yards using point of impact that is approximately 1.5” lower than the point of aim. I currently use this method every time I zero. It has saved me heartburn and time during the zero process.

Moving to the range, I started the zeroing process at the ten-yard line. For my optic height, this isn’t going to be exactly correct. None the less, this will get me on target at 50 yards to establish a zero. You can get a printable 10-yard zero target at Jerking the Trigger if you so desire! When adjusting the windage and elevation at this distance you will need to use about three times the clicks than you do at the 50-yard line.

Once at the 50-yard line, I used Aimpoints downloadable Comp M5 zeroing target. These targets give you all the information needed to complete a quick and easy zero. I get into a solid prone position usually, unsupported except the magazine, elbows, and body. I started the zeroing process using 55 grain FMJ, firing about 1 round every 5 to 10 seconds, until I fired 5 rounds.

Using the directions on the Aimpoint target, for my first 5 rounds, I needed to move the group down 23 clicks and 8 clicks to the right. Each click at 50 yards for the Comp M5 is ½”, which is similar to most red dot optics.

I then fired a second group which confirmed the optic adjustments are correct. This second group was inside the yellow circle in the center of the target.

Based on the second group being a little to the left and high, I moved the windage 3 clicks to the right and 2 clicks down on the elevation. In the third group, I had 4 of the 5 rounds in the center of the target directly on the centerline. Being that this is cheap FMJ ammunition I didn’t expect much more than a few inch group.

I then moved to zeroing the optic with Speer Gold Dot 55 grain Soft Point. On my first 5 round group, the rounds shot to the right and low of the center line. Before my second Speer Gold Dot zero, I moved the optic elevation up 2 clicks and left 3 clicks. In my second group, I placed all 5 rounds dead center of the target, in a group approximately 1” in size. For me, this rifle and optic were zeroed, so I moved to other types of shooting.

Putting the optic through its paces has been a pleasure. The optic is lightweight and rugged like all other Aimpoint products. Working through the optic is easy, and the glass is clear. It seems to me that Aimpoint reduced the amount of tinting on the forward lens, making it easier to see through.

After using the CompM5 through several range sessions and approximately 1000 rounds, I have noticed zero issues with the optic. I have run the rifle hot, used it in the rain and snow, and this thing just doesn’t fail. I really liked the ability to use the lens covers, especially the rear clear lens cover. The 2 MOA dot is perfect for any shooting engagement close or far. I find that it makes distance shooting a breeze since it isn’t covering up the target. If you feel it is too small for close up shooting, crank up the illumination dial and bloom that dot. I have had zero issues with the battery life as of this writing and don’t expect to for some time.

If you are in the market for a red dot optic that has a battery life measured in years using a AAA battery, is rugged as all hell, comes with great lens covers, and comes from a company known for quality, I highly recommend the Aimpoint CompM5. 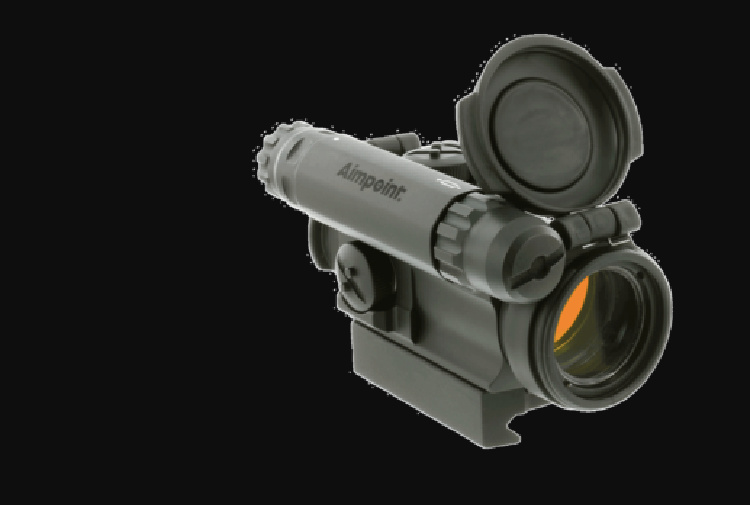 The COMP M5 in Aimpoint’s words:

The Comp M5 is a high performance red dot sight developed to withstand extremely tough handling and environmental situations without adding much weight to the user’s equipment. Aimpoint red dot sights are designed for the “both eyes open” method which greatly enhances situational awareness and target acquisition. Thanks to the optical design the red dot follows the movement of the user’s eye while remaining fixed on target, eliminating any need for centering.

The CompM5 allows for unlimited eye relief and is compatible with Aimpoint 3XMag-1 and 6XMag-1 magnifiers as well as all generations of Night Vision Devices (NVD). 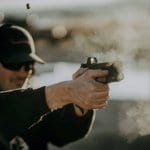