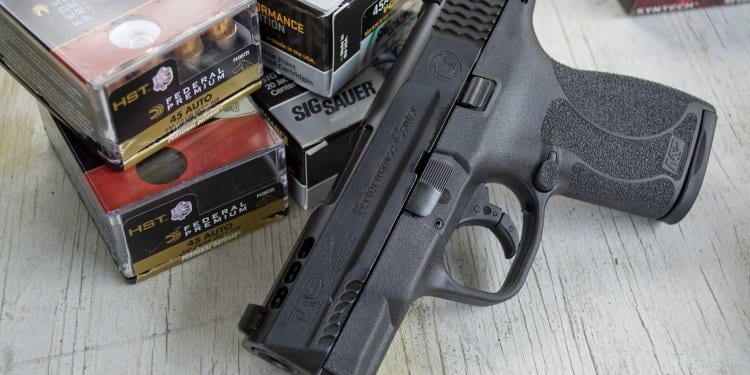 The 9mm Smith & Wesson Shield is a great carry gun. It’s perfectly sized to balance concealment and control when shooting. As a single-stack magazine pistol, it’s flat, so it’s not only feasible but comfortable to carry inside the waistband. Depending on your clothing style preferences, it might even work as a pocket gun.

However, if you like big bores and you cannot lie, there’s always a Smith & Wesson Shield 45. That’s more of a handful with felt recoil as it’s still a small and light pistol, but it’s launching a fat and heavy bullet. Physics is physics, so you’re going to feel that a lot more than its 9mm sibling. For defensive use, the “feel” isn’t a huge factor, as you won’t notice it during a self-defense encounter. 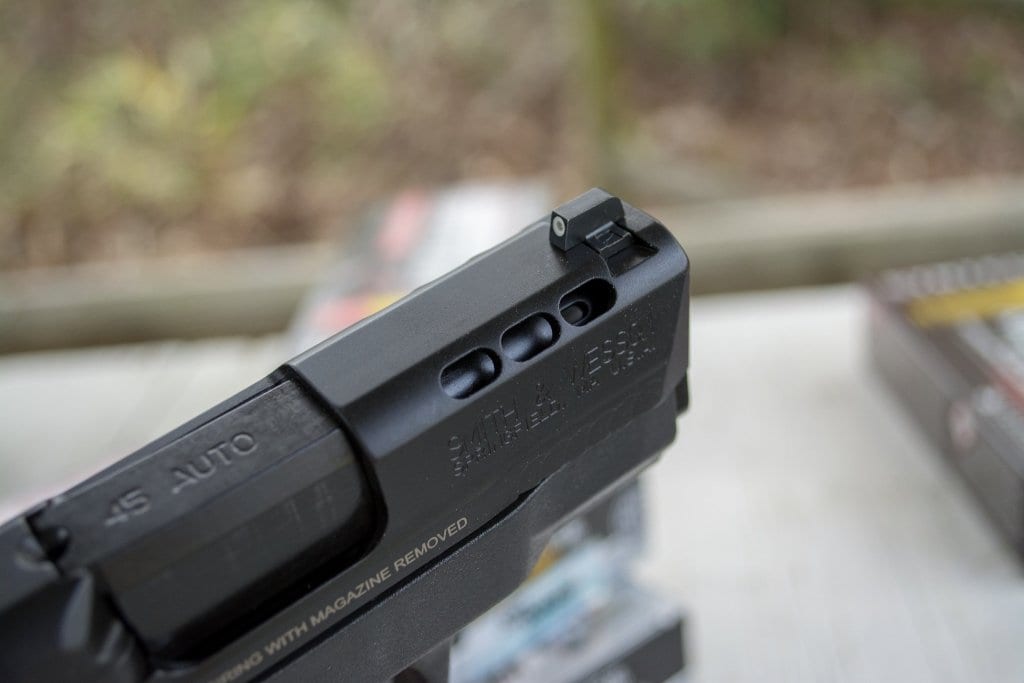 There are two distinct downsides to bigger recoil. First, a heavy recoiling pistol just isn’t all that much fun to shoot. If it’s not fun, you’re not going to choose it for your next range outing, and your skills with your carry pistol will suffer. Second, even if you tough out the pain of more significant recoil, the associated muzzle flip is going to make you slower at delivering aimed follow-up shots.

The Smith & Wesson Performance Center has created a nifty solution for those who want big bore performance from a small carry gun. The Shield 45 Ported model adds recoil and muzzle-flip taming ports to the upper surface of the barrel and slide. As gas exits the barrel, it’s vented straight up in a “V” shaped rocket blast. It looks cool in low light. Oh, and that “it’ll blind your night vision” thing? Myth in my book. If it’s so dark as to spoil my night vision, it’s too dark to identify a target anyway. I’ve not yet been able to observe an issue shooting ported and/or large blast pistols in low-light conditions. Your mileage may vary. 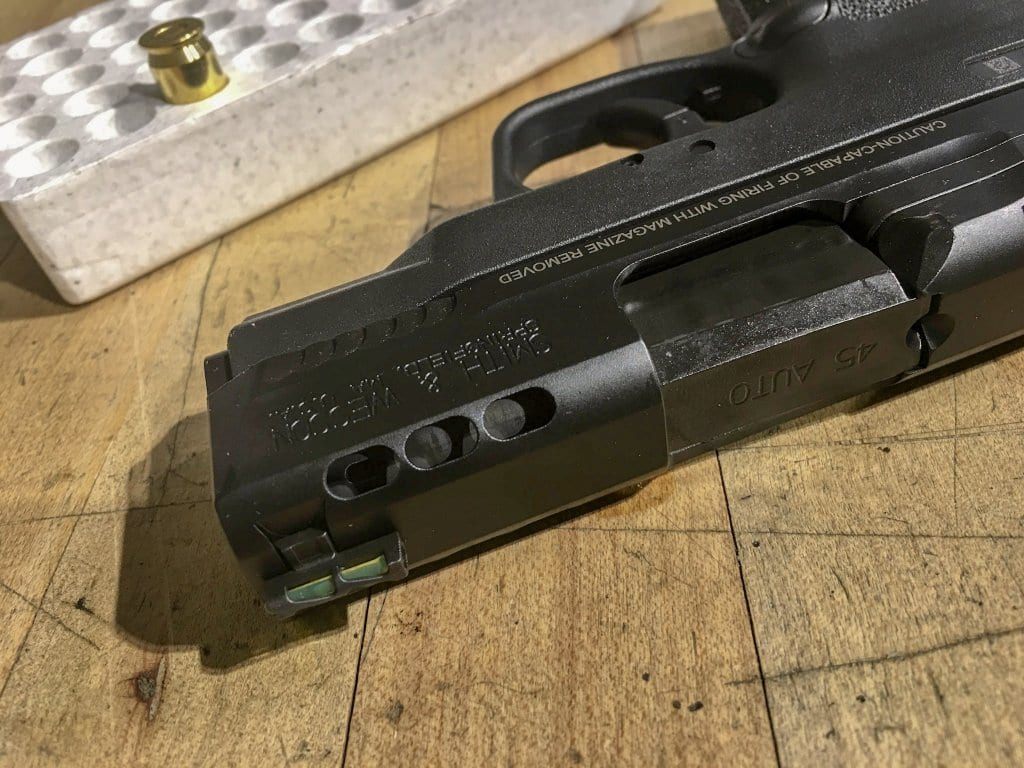 You can order this pistol with fiber optic or Tritium night sights.

So how does it shoot? The porting makes a big difference in felt recoil. Even though porting minimizes barrel flip, it makes shooting easier on the hand. My theory is that by mostly eliminating the sharp and sudden muzzle flip, all you’re really dealing with is the straight push back, and that’s a less violent (and less painful) sensation. In rough subjective terms, it feels more like the 9mm Shield and a .45 non-ported Shield or pistol of similar size and weight.

There are some additional tweaks from the Performance Center. The trigger is much improved over the Shield 1.0 series on which this pistol is based. It weighs 5.5 pounds and features a much smoother break than the basic model. You can order the ported model with Tritium night sights or for a few dollars less, fiber optic tubes. Of course, all of the other specs are identical to the standard model. An extended magazine holds seven rounds while the flush-base magazine holds six.