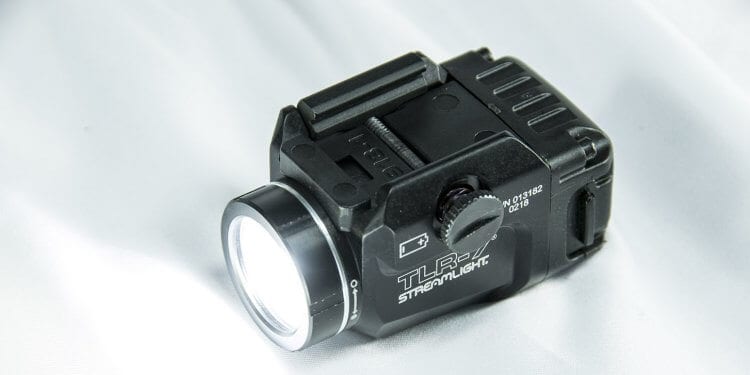 When I was first looking for an pistol-mountable tactical light, I was torn between two big companies: SureFire’s XC2 and Streamlight’s TLR (not the TLR-7 though, it wasn’t out yet).

Both received overwhelmingly positive reviews from both professionals and amateurs alike.  Virtually no one had anything bad to say about the quality or longevity of the lights themselves. So for me, it boiled down initially to cost – and while I was waiting to save up enough dough to buy my first TLR-1, Thanksgiving rolled around and with it, Black Friday sales.

Once I saw a TLR-1 for almost 40% off, I bought two – the TLR-1, and the TLR-1 GameSpotter. The difference between the two being the size of the bezel. (The GameSpotter has an enlarged bezel to throw a narrower beam further.)

The only problem I had with either unit, is that they didn’t play well with my Osprey 45 suppressor on my Glocks. The unit protruded just enough that during the unlocking phase where the slide travels rearward, the rear of my suppressor would hit the light and stop the action from fully cycling. For me, this means having to choose between a tac light and a sound suppressor – and that’s not an acceptable situation. 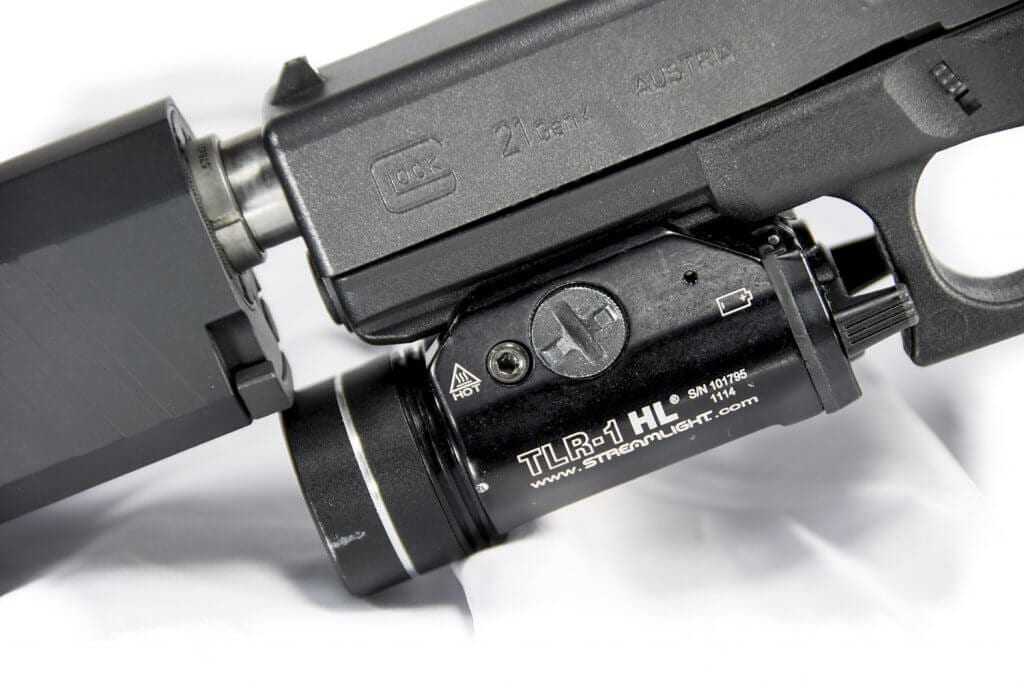 While a capable tac light , the TLR-1 interferes with mounting certain sound suppressors like on this Glock 21 with an Osprey 45 provided by SilencerShop

The TLR-7 blasts an impressive 500 lumens from its tiny LED emitter, while only measuring a scant 2.15 inches long. Plus the TLR-7 is built from 6000 series aircraft-grade aluminum, so while it’s extraordinarily strong, it only tips the scales at 2.4 ounces. 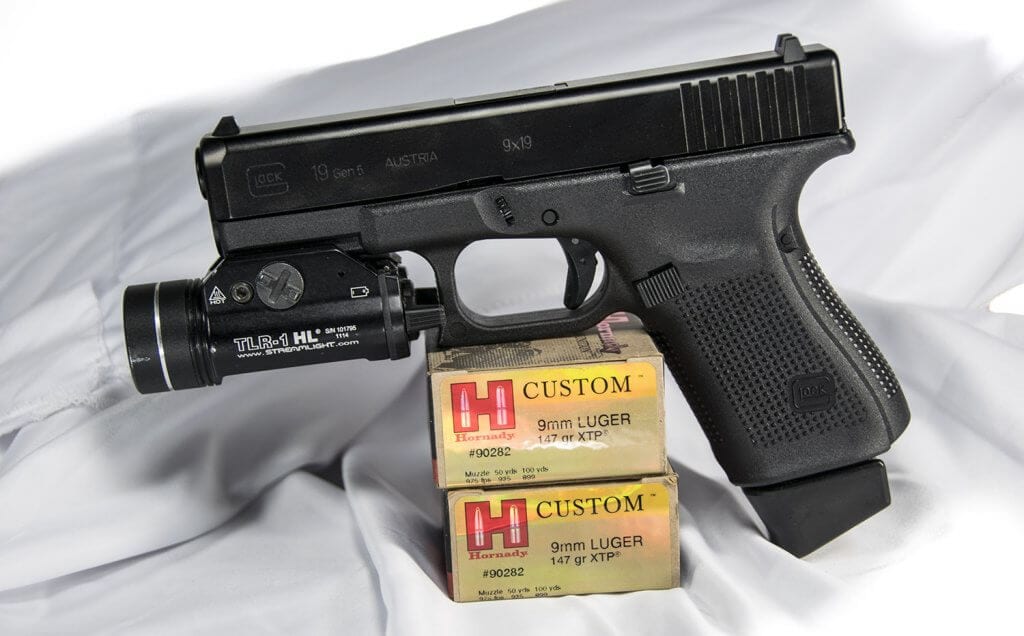 A Glock 19 Gen5 with a TLR1 and Hornady defensive ammo is a potent combo, but the new TLR-7/8 is a much more compact option.

While the unit only has a run-time of 90 minutes, it runs off a single CR123 battery, and shooters can buy rechargeable batteries from StreamLight to lessen the cost.

The unit comes with a set of eight different inserts that allow it to mount flush with the pistol frame on multiple handguns. The inserts include one for the Walther P99, the Beretta 90Two and a handful of 1913 rail mounts that move the TLR-7 forward and back on the frame.

In testing, the TLR-7 fits like a glove on the Glock 19x, and runs great. It has very little impact on the overall size and bulk of the pistol, and provides a massive beam of light perfect for clearing rooms or simply identifying targets in low, or no light conditions. 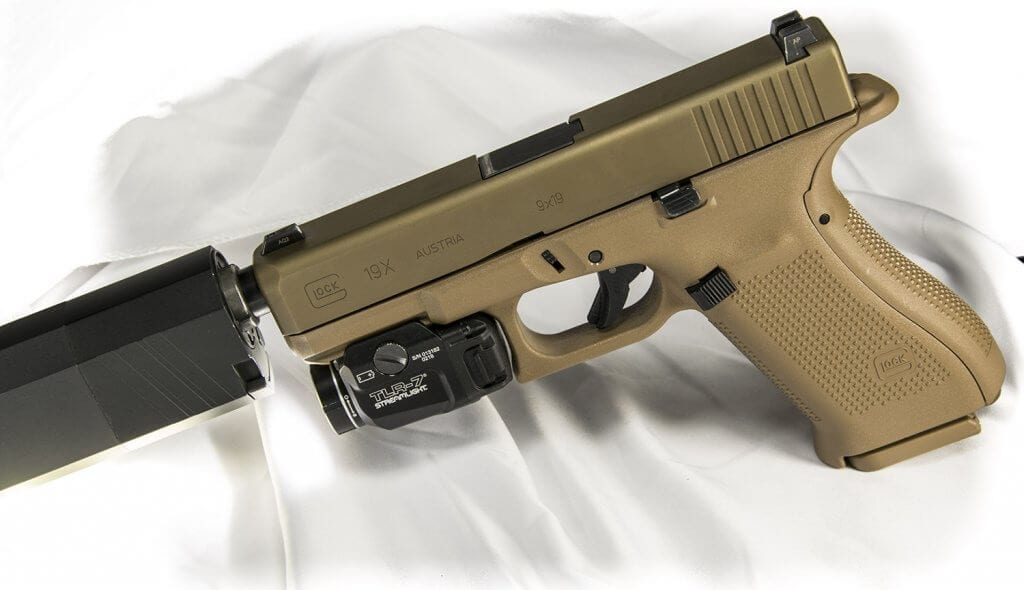 The StreamLight TLR-7 Feels like it was meant for the Glock 19 and 19x.

But what about my initial complaint – the compatibility with the Osprey and other suppressors?

The new TLR-7 and 8 are small enough that they don’t interfere with the suppressor at all. And combing the TLR-7 with a quality handgun like the Glock 19x and an effective suppressor like the Osprey, makes for a potent home defense tool. 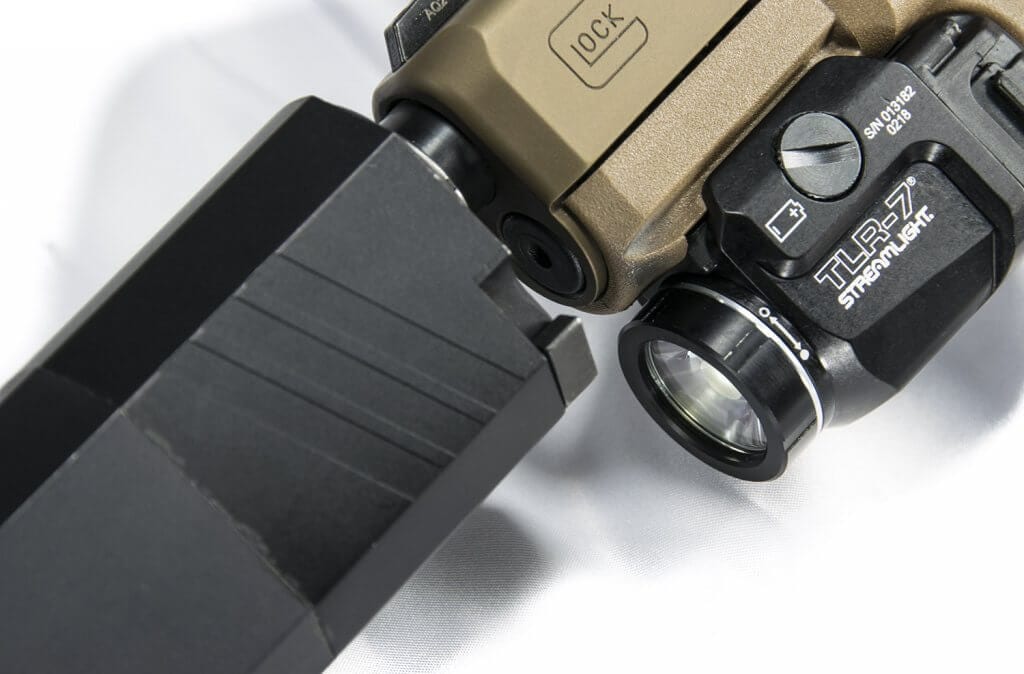 Overall, the TLR-7 is arguably one of the best tactical lights for compact pistols on the market; offering a solid balance between performance, size and cost.

The StreamLight TLR-7 is available now, and retails for $215.