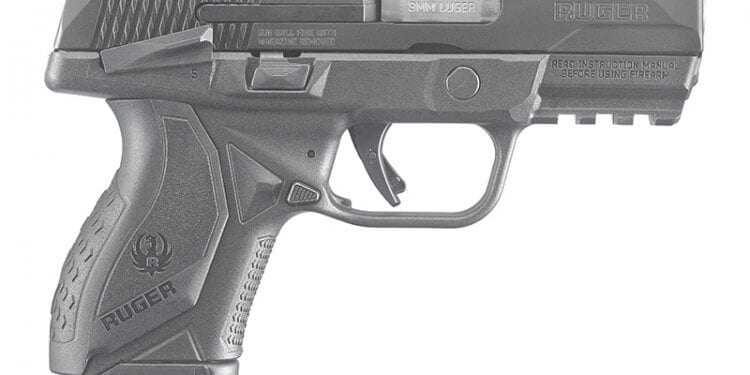 Ruger announced late Thursday night, the addition of the Compact model of the American Pistol to their product lineup. Check the press release below.

Sturm, Ruger & Co., Inc. (NYSE: RGR) is proud to announce the addition of the Ruger American Pistol® Compact model. This new model is chambered in 9mm Luger and is available in both Manual Safety and Pro model configurations. Originally introduced in December 2015, the feature-rich Ruger American Pistol was designed with the latest U.S. Military standards in mind and was tested in the harshest environments to ensure the rugged reliability consumers have come to expect from Ruger.

Ruger polled law enforcement and military trainers throughout the country to select the form, function and features of the Ruger American Pistol. The resultant pistol combines a recoil-reducing barrel cam (which better spreads recoil over time) with a low-mass slide, low center of gravity and a low-bore axis to provide better balance, less felt recoil and less muzzle flip than comparable pistols. The Ruger American Pistol also features a pre-tensioned striker system, which allows for a short takeup trigger with positive reset, and a modular wrap-around grip system that adjusts palm swell and trigger reach to fit a wide range of hand sizes.

If your head is spinning over what they wrote above, it boils down to the new version of the handgun has all the internal features of the original, just in a smaller package.

With a 3.55″ barrel, overall dimensions of 6.65″ long, 4.48″ high and a weight of 28.75 ounces with an empty magazine, the Ruger American Pistol Compact model shares all of the features and rugged reliability of the duty-size gun in a smaller, lighter, more concealable package. It ships in a hard case with small, medium and large replaceable grip modules and two nickel-Teflon® plated steel magazines (one 17-round extended magazine and one 12-round compact magazine).

Wait, a compact pistol with a 17-round magazine? Well, yeah that’s just the normal Ruger American Pistol magazine. In this model, that mag protrudes beneath the magazine well. It also ships with a flush-fitting 12-rounder. Based ont he numbers above, it looks like the new Ruger is about the size of a Glock 26.

The irons they chose, are clutch. Novak makes some of the best concealed carry iron sights on the market. they’re big enough to find, and streamlined enough to not snag on clothing when draw from concealment. Pretty slick.

As for the accessory rail, I’m not a huge fan of having rails on carry guns, simpy because they can snag on clothing. But I guess that’s what rail covers are for. Plus, shooters can mount accessories like the laserlight miniature laser sight on the gun for low-light shooting assistance.

What really matters, is the price. So, what’s the damage? MSRP is $579 but Ruger tends to mark their guns much higher than dealers sell them. I’d expect the gun to run closer to $529 in a few months, and possible $499 around Black Friday. Either way, if this gun is anything like the full-sized model, it’s a hell of a bargain. Check out my video review of its big brother, below.