Despite the fact that firearm sound suppressors are mechanically very simplistic – often having no moving parts – they can differ wildly in performance. Two silencers with identical forms, can sound totally different depending on the materials used and the method of attachment.

Further compounding these difficulties, is how tough it is for humans to objectively measure sound by ear. People with previous hearing damage, atmospheric conditions like humidity and inconsistent subjective methods all make determining the best-performing silencer for the money, very difficult.

The best way to figure out which sound suppressor objectively performs best, is to use expensive decibel-measuring sound level meters. The obvious issue with that, is most of these meters are vastly more expensive than the suppressors themselves.

That being the case, how am I supposed to objectively review a suppressor?

Which is why I approached the tech specialists at SilencerShop.com to get access to their decibel readings on the cans in question, to help ensure the most objective results,

With this in mind, I’ve set out to put up every rifle can I can get my hands on, against my personal suppressor – the SilencerCo Saker 762. The first in this lineup, is a company local to me here in South Carolina – Innovative Arms.

Innovative Arms was founded only a few short years ago, but have been making a name for themselves in the suppressor industry for their affordable, yet high-quality designs. One model in particular that I’ve wanted to put head to head against my beloved Saker, is their interceptor 762. 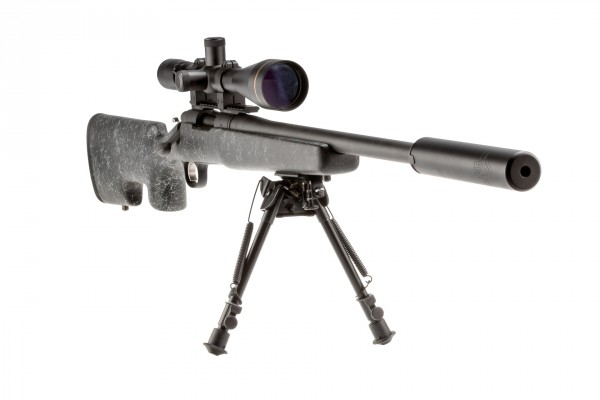 The Interceptor is a user-serviceable, all-steel design available in two different configurations. The first is a standard direct-thread model with a 5/8×24 thread pitch. The second, utilizes a quick detach (QD) mount.

For the purpose of this review, I’ll be looking at the standard direct thread version and comparing it to my Saker with a direct thread base installed.

The Interceptor tips the scales at 22 ounces – the majority of this weight is due to its solid-steel construction. The .30 caliber can runs just over seven and a half inches long, and retails for $899. According to Innovative Arms’ website, the interceptor is capable of between 33 and 36 decibel reduction. 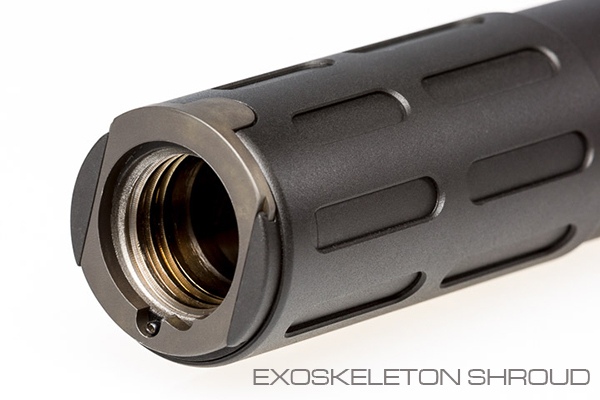 According to SilencerShop’s equipment, when measured one meter from the muzzle, the Interceptor reduced (on average) the volume of a 168gr .308 round fired from a bolt-action rifle with a 20 inch barrel by 27.1db. Additionally, the sound of the shot at the shooter’s ear, was reduced by 35.1db. This leads us to believe Innovative measured their tests from the shooter’s location, not the muzzle – which makes sense.

Compare that to tests done by Tim Harmsen over at Military Arms Channel of my Saker 762, which on average reduced the shot volume by 30 decibels. Though this was with an 18in barrel, and with lighter, 147gr ammunition.

At first glance, a difference of roughly five decibels seems minor, but you have to consider that decibels are a logarithmic unit of measurement. Meaning, each decibel represents a sound being perceived as twice as loud.

Does that mean the Interceptor is ten times quieter than the Saker?

Probably not. Given the lack of consistent variables like load, barrel length, and atmospheric conditions.

So is this comparison worthless?

Because there are a few important pieces of data we can gather from this test, to help make a practical decision when buying a suppressor. For instance, the sound level meter for MAC’s test was placed near the muzzle in both instances. In the Interceptor test, when the measured one meter from the muzzle, the interceptor only reduced the volume of the shot by 27.1db.

Basically, that given that both the Saker and the Interceptor are both built from stainless steel, and that both are similar in length and diameter (and thus in internal volume) that both will perform similarly. Though, given the slightly longer length of the Interceptor, it should slightly outperform the 762 Saker.

That said, if both guns were running subsonic ammunition, the difference would be substantially reduced, as subsonic rounds produce less gas, and thus need less space to adequately (and slowly) expand as to not produce a loud, ‘bang’ at the business end of the suppressor.

Also, given that both cans are made from stainless steel and are rated for full-auto use, their db reduction needs to be considered in conjunction with their auto-compatibility. This in turn, should be taken in to account with a shooter’s needs. 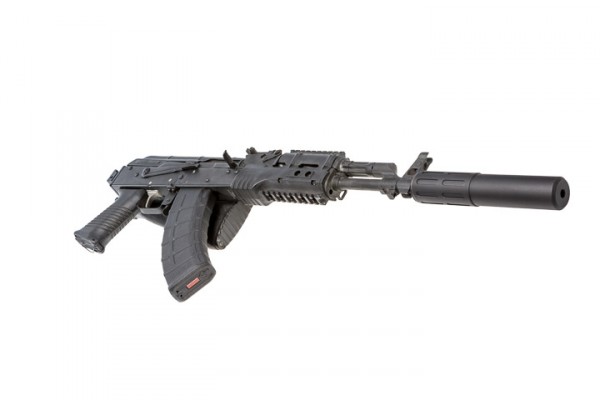 For example, I’ve got a select-fire M16 that belongs to an associate with an SOT, that he often brings over for videos and testing. Both the Saker and the Interceptor are better options than quieter cans that are no rated for full auto use. – And for the morbidly curious among you, running a can with a detachable end cap that isn’t full-auto rated, usually results in launching all of the baffles and said endcap roughly 15-25 yards downrange.

If you’re lucky, the threads aren’t stripped, if you’re unlucky, the can could catastrophically fail and kaboom. So, read up before buying any can.

Overall,  given the somewhat limited data on hand, I have to say the Interceptor seems on par with the Saker, and both are hearing safe with the ammo I have on hand. Though, to be more thorough, I’ll be purchasing a decibel reader in the near future, and providing more comprehensive results.

As far as the Interceptor’s durability, I’ve fired thousands of rounds through it on bolt-action rifles like Ruger’s Precision Rifle, as well as DSA’s FAL rifle (with thread adaptor) and even .300 blackout in full auto, and it has seen no perceivable degradation. This is true both for its structural integrity, and sound performance. We’ll try more calibers and more guns in the part two review coming soon.

As it stands, I would recommend either can to anyone interested in a .30 caliber suppressor or multi-caliber can, and would only distinguish between the two for shooters living in the home states of each suppressor-maker. I say this, because it allows them to buy straight from the factory, and a substantial reduction in wait times.