Four things to check on your handgun before you carry it 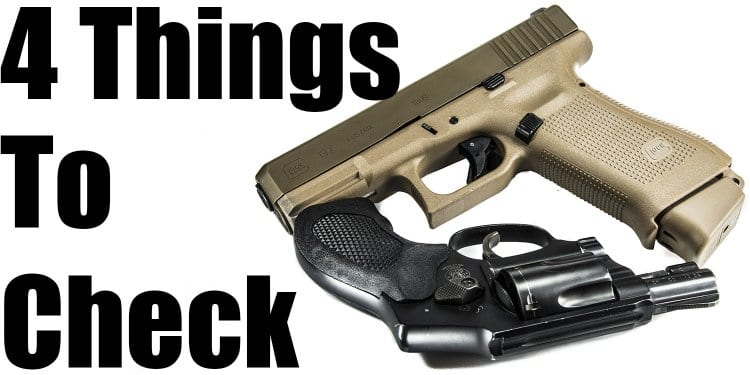 I recently bought one of the new Glock 19x handguns, and while it’s a phenomenal little pistol, it required a once over in a few crucial areas before it was ready to ride along in my holster.

Some of these aspects are pretty obvious; others I added or modified to my repertoire after reading about them from famous authors like Massad Ayoob. Many will come as a surprise to new gun owners, or folks without a tremendous amount of time behind a trigger. But after having shot hundreds of thousands of rounds though hundreds of different firearms, these all seem universally applicable–so much so, that I recommend every new shooter check these elements, before carrying their firearm. 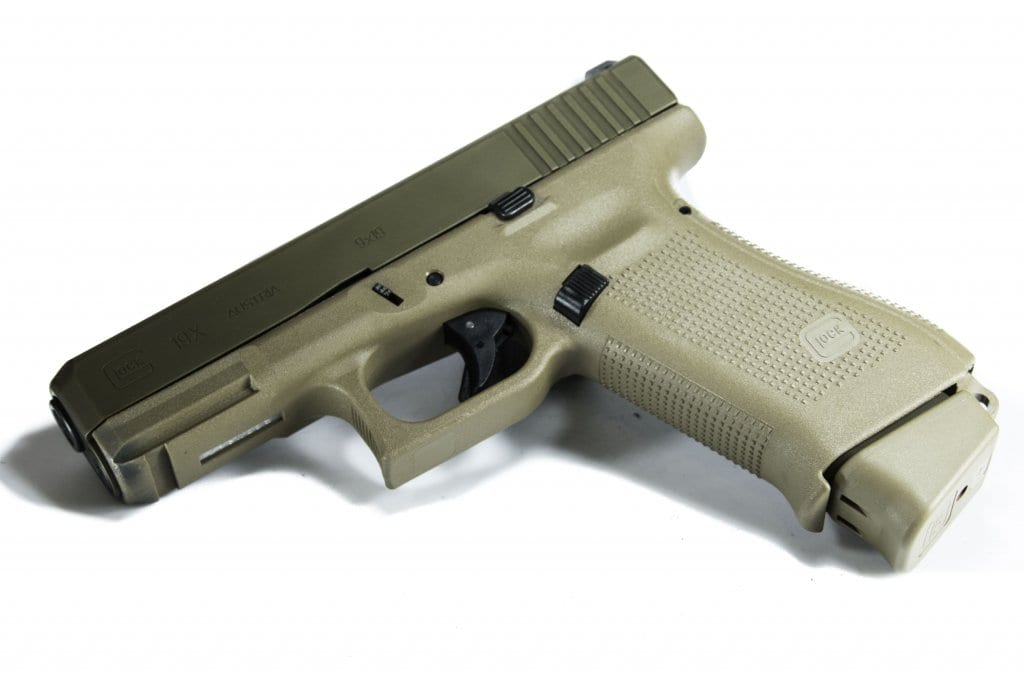 Reliable handguns like the Glock 19x make a great carry option – but shooters should still personally test their own gun.

Before strapping a gun on their hip, a shooter should make sure their given carry weapon can reliably cycle through a minimum of 150 rounds of ammo without a single mechanical malfunction.

Yes, by which I mean one not induced by the shooter themselves. For example, riding a slide slowly into battery or not fully inserting a magazine into a firearm can stop a gun. These failures don’t indicate an issue with the gun’s working components, just a mistake on the shooter’s part.

Ideally, to ensure that the testing procedure is totally meaningful and applicable, the shooter should use both the magazine and ammunition they intend to carry. While this gets very expensive when dealing with defensive ammo from quality manufacturers like Hornady, Federal or Winchester, the fact that it could save a shooter’s life makes it worth every cent. 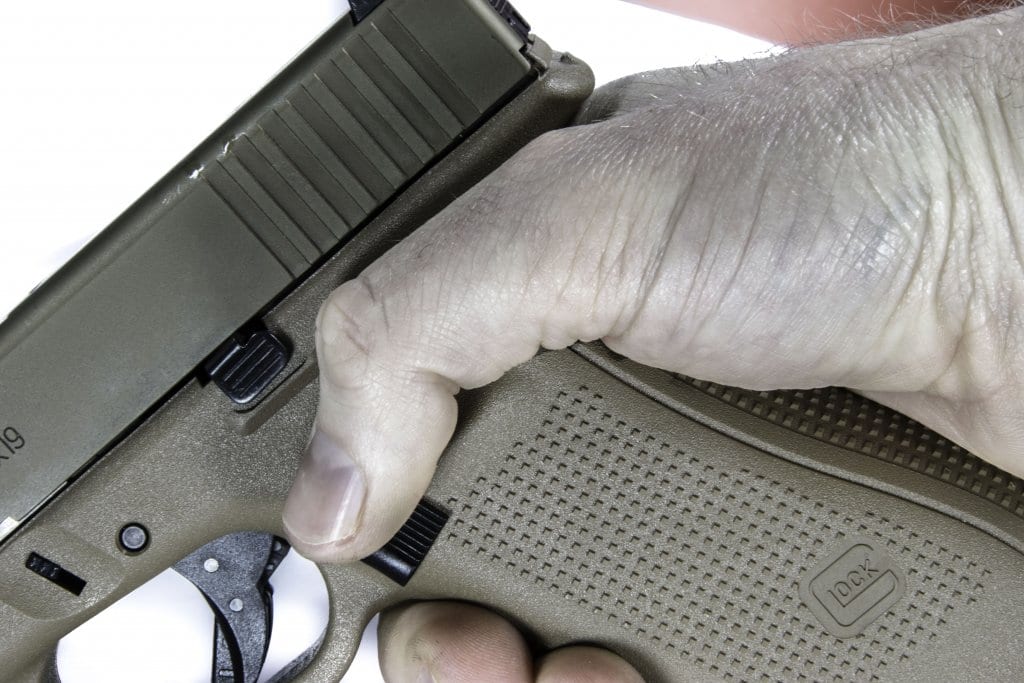 It’s important to be able to reach every control on your carry gun.

Many CCW pistol guides ask shooters to make sure a gun, “feels” right in their hands. Seems reasonable enough, except for the fact that new shooters have no idea what feels right.

So what’s the solution?

Instead of relying on a fully subjective metric for success, it’s always better to have a concrete objective measuring system. So for ergonomics, shooters should be able to reach all the critical controls on the firearm without shifting their grip. Meaning, the trigger, the safety (if the gun has one), the slide stop, and the magazine release.

An easy way to confirm this is to first remove the magazine and clear the firearm of all ammunition. Then, with the gun aimed in a safe direction, place your trigger finger on the trigger the same way you would when firing. Now place your index finger along the slide and leave it there. With your grip exactly as it is, can you reach all the remaining controls without altering your grip in any way?

If the answer is no, either get a smaller back-strap or grips. If this still doesn’t work or your gun doesn’t support interchangeable back-straps or grip panels, instead get an extended version of the slide stop and/or magazine release. 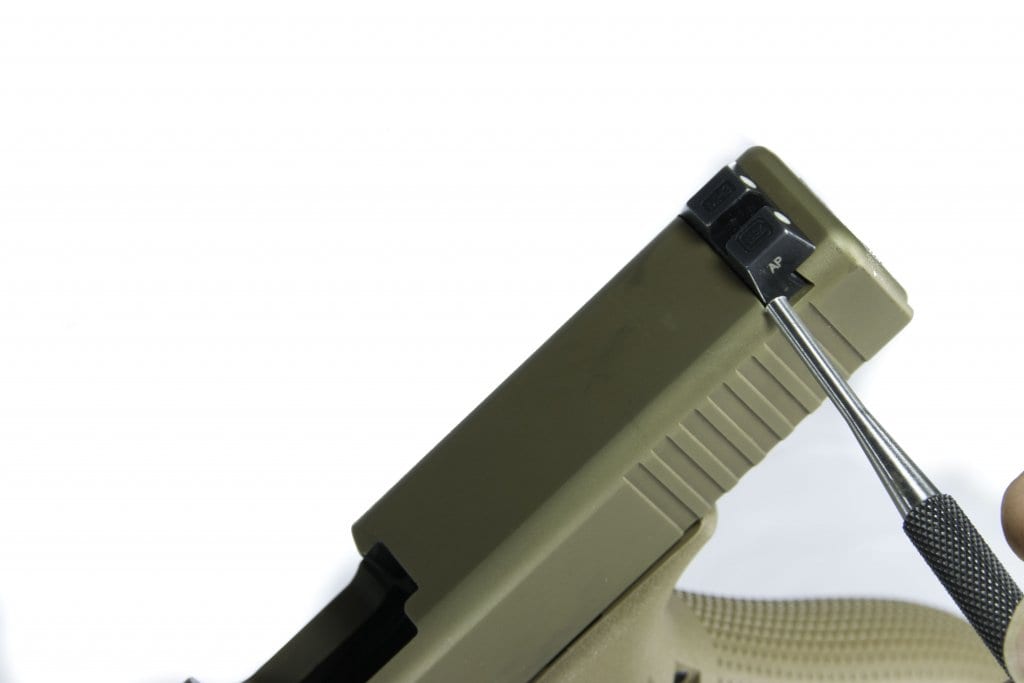 Even guns with fixed sights can be adjusted for windage with a simply punch. Be sure to wrap the slide and punch with soft material to prevent scratching

This sounds really obvious, but many shooters never even consider that their gun’s sights aren’t perfectly aligned from the factory.

The truth is, they very well might be, but the ballistic trajectory of your given ammunition load is by definition, not a straight line. Thus it stands to reason that the firearms sights will need to be adjusted to align with both a certain ammo type, and with that ammo’s point of impact at a certain range.

For guns with adjustable sights, this is fairly easy. Just bring the required allen screw or small screwdriver with you to the range, fire some shots at a known, realistic distance, and adjust the irons accordingly.

However, pistols with either fixed or dovetailed sights, this can be pretty tricky. If your sights are part of the frame and or barrel like on a revolver, you’re out of luck unless you want a gunsmith to install new ones.

If your rear sight is dovetailed into the slide like on a Glock, 1911 or many other pistols, adjusting the windage is simple, but not necessarily easy. Ideally, a sight tool that resembles something like a C clamp, is the easiest thing to use, but most people don’t have one readily on hand.

For the rest of us, a punch (or a thick enough allen key) a hammer and a vice are necessary to drift the rear sight into alignment. Note: a little goes a long way; The distance between the front an rear sights is so short that moving the rear sight as little as a millimeter can move the point of aim by several inches at close range, and several feet beyond.

Also, be sure to either wrap the slide in a towel before clamping into a vice, or better yet, use two thin pieces of plywood to pad the slide from the vice’s abrasive jaws. Also, I like to wrap my punch in painter’s tape to make sure if my hand isn’t steady, I won’t scratch the heck out of the slide or sights.

Lastly, move the rear sight in the direction you want to move the bullet’s impact. So if the gun is shooting to the left, tap the rear sight a millimeter to the right. As far as ideal zero distance, I generally recommend ten yards as it gives the most amount of flexibility (the gun won’t be way off at 25 yards or at super close range like 2 yards). 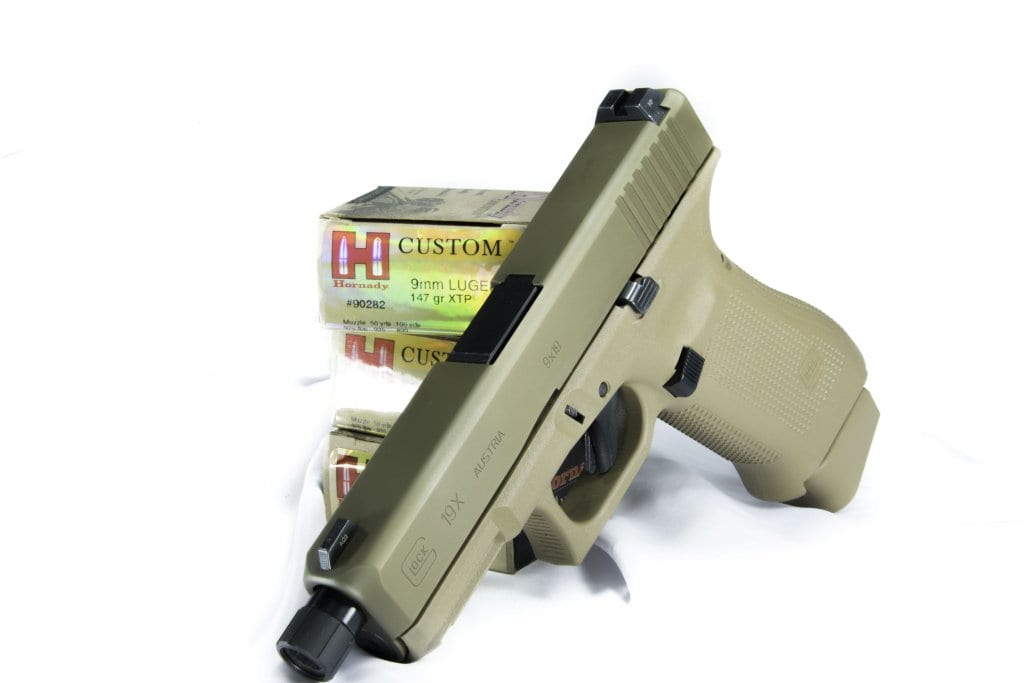 Test your carry gun using the same ammunition, and preferably the same magazines you intend to carry.

This should already be part of your repertoire after cleaning or disassembling a firearm. Always make sure every control on the gun still functions after cleaning. In my 20-odd-years of handling firearms, I’ve only seen one instance where this came up, but it was enough to make sure I always check.

A friend of mine purchased a Glock 19 that was on consignment at a local pawn shop. He disregarded all my advice above, and decided to shove a loaded magazine in the gun and carry it Israeli style.

For the uninformed, Israeli style is where the gun is carried without a round in the chamber. This is a bad idea for dozens of reasons, but suffice to say it adds needles time to your draw stroke in the event where milliseconds count.

Anyway, I finally convinced my friend to visit me at my personal shooting range to get some trigger time behind his new gun before carrying it. I ask said friend to clear is firearm, and hand it to me so I can demonstrate how to disassemble and clean the gun.

Upon drawing the gun from his DeSantis holster, said friend removes the magazine and pulls the slide back to chamber check the gun. He lets the slide go and it flies off the frame into the dirt.

This was a freak accident, where the disassembly lever on the Glock was stuck in the downward position because the previous owner had left it full of carbon, grease and God-only-knows what else. While it was no big deal on the range, if my buddy had drawn his gun in a defensive scenario, he likely would have been killed.

No. Glocks make phenomenal carry pistols. The lesson learned from this scenario, is to test your gun and its controls before having to use them in a life or death situation. The time to worry about zero, reliability, accuracy or ergonomics isn’t during a gunfight.