Greg “Gorillafritz” Ellifritz has published his first book: Choose Adventure. In it the seasoned traveler passes along hints and tips developed from lessons learned during more than two decades of overseas adventure travel…many of them less than pleasant lessons (including those about civil unrest).

He’s hit more than 50 countries and territories across all seven continents. Greg’s a veteran peace officer (and the editor of Active Response Training) as well as an instructor in an astonishing range of topics. Much of what he speaks of in the book experientially is leavened by his background and subject matter expertise.

I’m about halfway through the book (as of this writing) and my review can be summed up pretty simply. 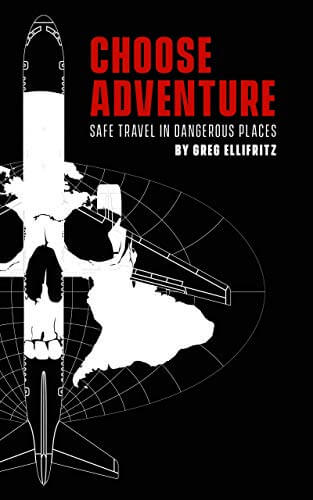 I think it’s very likely that some of you reading this will have the same response. Hence this review and my recommendation.

Although written primarily for traveling in developing countries (some right on the cusp of becoming non-permissive), Choose Adventure contains much advice that is imminently suitable for domestic travel. Particularly now, with all the protests and upheaval following the death of George Floyd.

The intro to Choose Adventure reads, in part, thusly:

In the last 20 years I’ve traveled through all seven continents and through more than 50 countries and territories, territories, most which would be considered the so-called ‘third world.’

I’ve ridden donkeys in Egypt, dirt bikes in Vietnam, ATVs in the jungles of Costa Rica, and in overnight buses throughout South America.  I’ve trekked the Inca Trail, climbed Mt. Kilimanjaro, and lived with an Amazonian tribe in Ecuador. 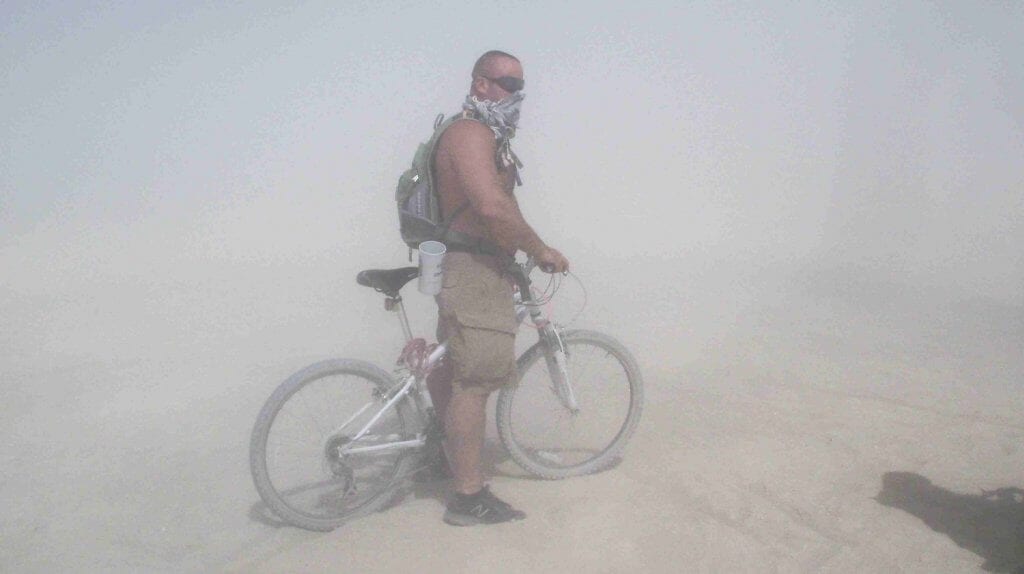 Among the topics covered in the book are the following

Which brings us to…

Dealing with rioters while driving-When driving your own vehicle, you may encounter mobs, rioters, or protesters who spill out onto the street and block the roadway.  This type of situation is extremely dangerous.  Here are a few tips to avoid/survive a mob attack on your vehicle:

Many protests and riots are either predictable or planned in advance. Stay away from the riots if you want to avoid being victimized. When you see masses of people blocking the roadways, STOP. Don’t go any farther. Do whatever necessary to change directions and get out of the area.

If you are alert, you should be able to see these masses of people far enough in advance that you can act before being surrounded. It goes without saying that if you are texting, talking on the phone, or watching a DVD while driving, you may not be paying enough attention to save yourself. Don’t get distracted by electronic devices when driving.

2) You can’t just run people over if they are in the road.

The safest thing to do in a situation like this is to keep moving, bumping people out of the way with your car. Unfortunately, that isn’t legal in any country you may be visiting. Even if people are illegally blocking the road, you will likely go to jail if you run them down absent a legitimate threat to your life.

3) The situation changes, however, once the rioters attack you or your vehicle.

With your vehicle surrounded in a manner that you can’t escape and your attackers being trying to burn your car, flip it over, or drag you out, it is reasonable to assume that you will suffer serious injury or death.   Even if self-defense is not a right given to the people in the country where you are traveling, I think it is better to fight than die.  I’d also rather go to prison for acting too aggressively than be beheaded on national television.

When people start attacking the car, it’s likely best to begin driving through the crowd, hitting people with the car if necessary.  Accelerate steadily and forcefully, driving away from the surrounding rioters. Steady movement is the key. Hitting folks too hard can disable your vehicle. Use your vehicle to push people out of the way rather than striking them.

4) Doors locked and seat belt OFF.

Your doors should be locked when driving in a foreign country. If your doors don’t automatically lock, get in the habit of locking them manually as soon as you get inside. You don’t want the crowd to be able to easily open your door and drag you out.

You may not have enough time to do it, but cracking your windows and turning off your ventilation system would also be a good idea when driving in areas where crowds may gather.  Windows that are down approximately 1/2″ are actually harder to break than windows that are tightly closed. You want to turn off the ventilation system so you don’t get overcome by any smoke or tear gas that is in the air where you are driving.

Your seat belt should be off. Seat belts will reduce your ability to access any weapons you may be carrying. They will also prohibit you from making a speedy escape should your vehicle be set on fire or overturned. In general, it’s safer to stay inside the car in a crowd. If Molotov cocktails hit your car, drive quickly away. The wind will likely extinguish the burning liquid before you are hurt.

If the car is disabled and under attack from firebombs, get out.  It’s better to take your chances on foot than be trapped inside and burned alive.

5) Beware of other forms of roadblocks.

The roadblocks designed to make you stop may not take the form of people.  The rioters will steal cars and then purposely abandon them in the middle of roadways.  Abandoned vehicles cause you to stop and also prevent police/fire vehicles from getting to the scene.  It’s a common occurrence all around the world.

Get in the habit of knowing more than one route in to or out of a place to which you commonly drive.  Flexibility in these situations is paramount.  Keep your situational awareness up and be prepared to alter your route if you encounter throngs of people or roadblocks.

If you cannot escape a roadblock, you may have to drive through it.  Don’t do it like you see in the movies by ramming the blocking cars as hard and fast as you can.  Doing this will likely disable your car and cause serious injuries.

I reckon those are good tips for any driver, whether motoring in a Bullitt, an MRAP, or pretty much any vehicle.

Now, don’t judge this book strictly by that one topic. There are other, less dramatic sections as well. Hostel selection, for instance (bedbugs rarely cost extra), or resources for vetting and hiring local guides.

Whether you travel domestically or internationally, or hell if you just want to work on improving your situational awareness and home safety protocols, this book will have something for you. 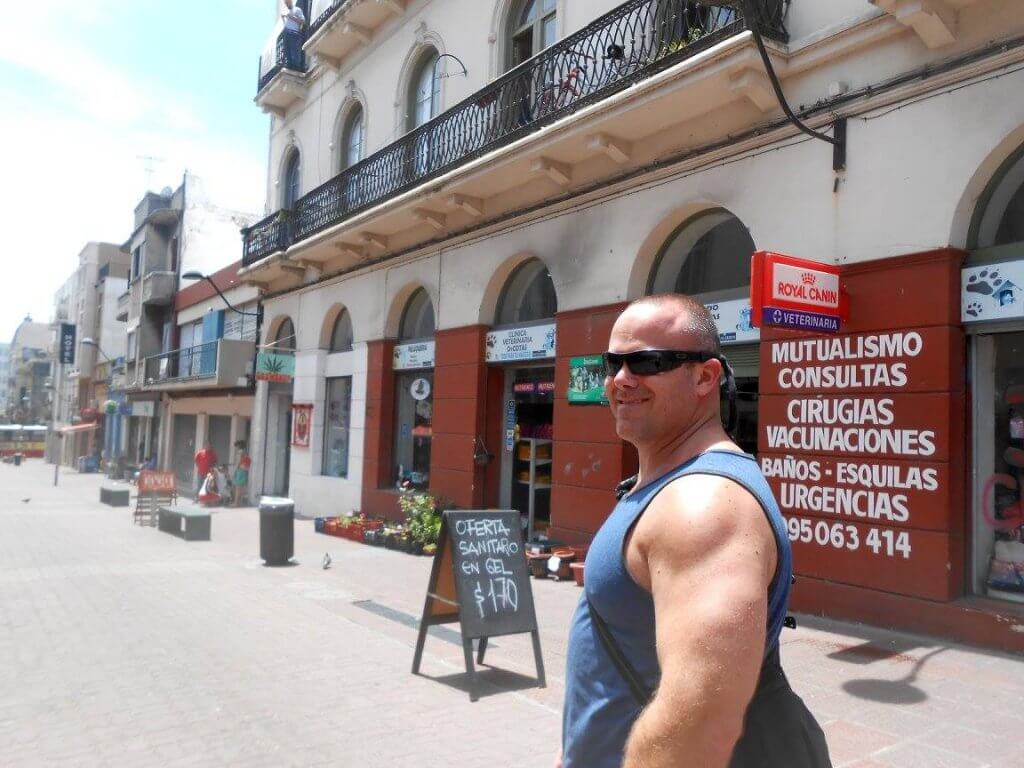