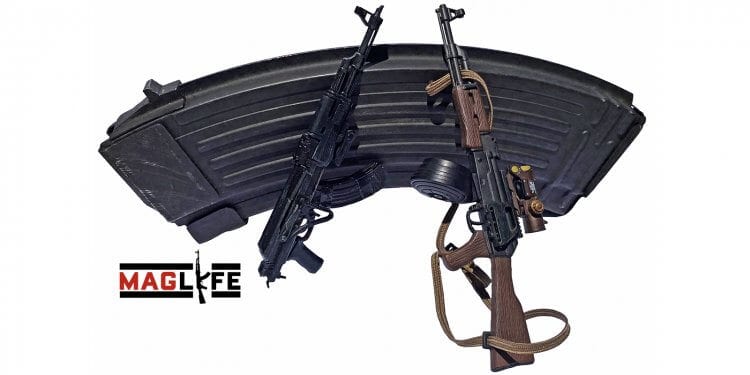 If you’re a Kalashnikov owner, you know you can buy AK 47 magazines (well, AKM magazines) from all over the world. There are Russian AK mags of course, but also Bulgarian, Romanian, Serbian, Chinese, American…they’re being manufactured on at least five continents. So how do you tell ’em apart?

But how do you determine which AK magazine to buy?

You needn’t have to distinguish between the little Izevshk arrow-in-a-triangle, the star stamps of Tula, the triangle-66 of Factory 626, or for that matter Clegane Armament’s three black dogs. GunMag Warehouse carries just about every kind of AKM magazine (i.e. AK 47 magazine) in production. We’ll lay out some suggestions for you. 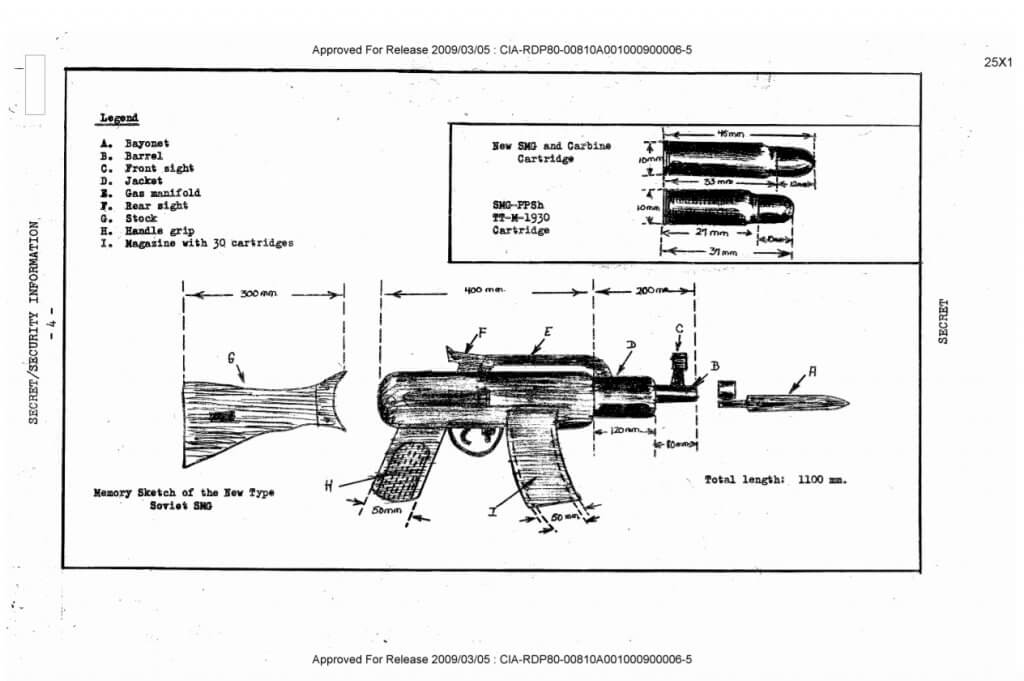 The Avtomat Kalashnikova (Автома́т Кала́шникова or AK) is arguably the most recognizable firearms ever. But that wasn’t always the case – as you can see in this memory sketch of an AK47 sighting by a CIA agent. This was the first time anyone in the West knew of what was to become the seemingly ubiquitous weapon.

Why would we do that for you?

Because…capitalism. And because our own experience, and the feedback of our customers, give us a pretty good idea of what works, what’s worth the money, and what should only be used for training or field-expedient cudgel.

The following are some of our favorite AK 47 magazine picks (averaged across more than one member of our writing team). Your mileage may vary.
t

t
These Bulgarian AK mags are hands down some of the best AK magazines we’ve used to date, and we’re not just talking about steel Bulgi AK mags. Especially the ones with the reinforced steel lugs (q.v.). 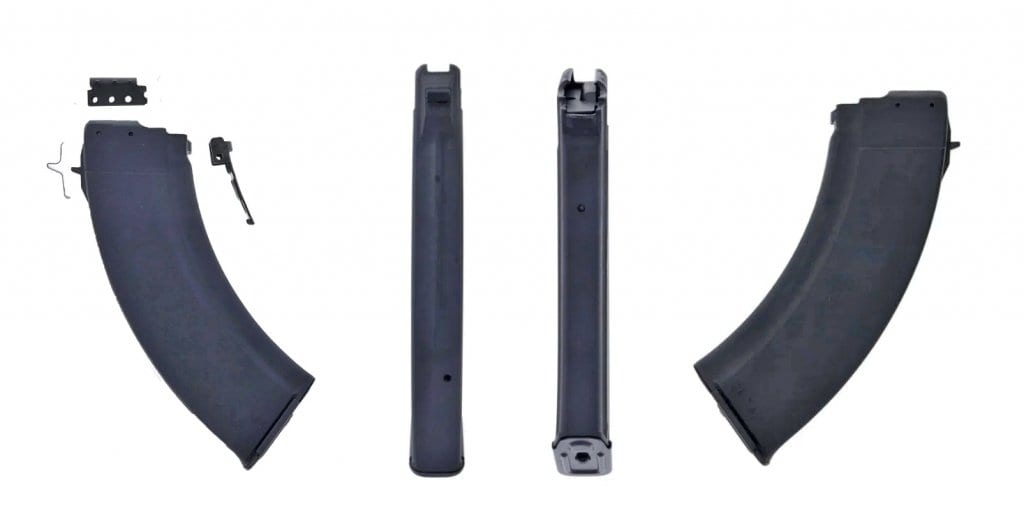 This is Shaw’s favorite AK mag, though he uses many different kinds both when he teaches and when he’s learning.

This Bulgarian AK magazine hearkens back to the early ComBloc ribbed mags but is built with modern materials and modern machines in a modern facility.

Bulgarian AK mags are made in…wait for it…Bulgaria. And these kinda have that old Bakelite look, if you want to roll retro.

AK mags underwater? Sure. Just be aware your maximum effective range will be reduced to just about two meters.

Xtech has several different kinds of AK mags in sort of a tiered quality/price structure. They’re all good magazines, from what we’ve seen, but the “MAG47 MIL AK-47” is built more ruggedly than the standard XTech MAG47, and even the 10/30 magazine (for California use) is beefy. They also have a BHO (Bolt Hold Open) option they describe as the “…strongest AK47 magazine to ever be made in the USA.”  That’s a pretty bold statement, but XTech makes some pretty damn good mags, so… 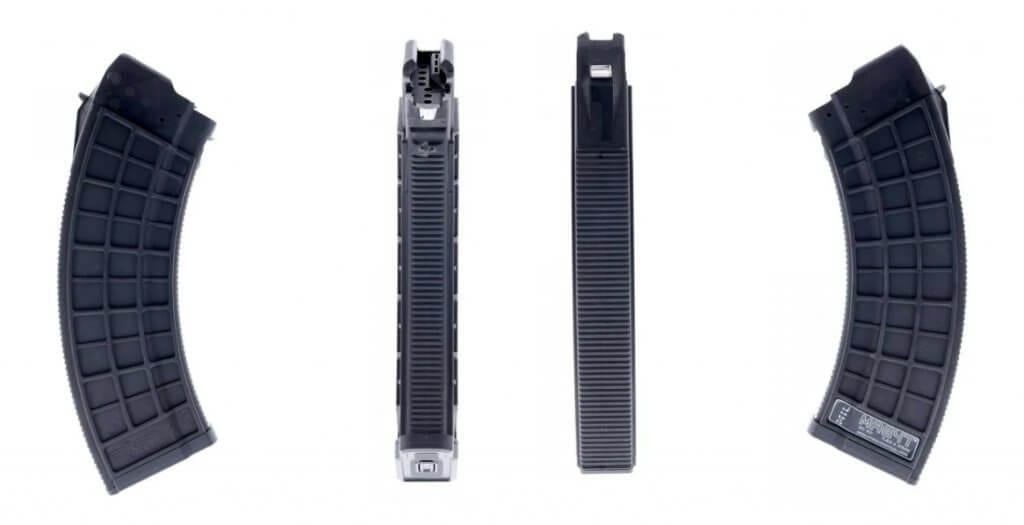 These mags are the ones TML editor David Reeder uses the most with his AK, though that supply is leavened by a scattering of PMAGs for the AK (q.v.). 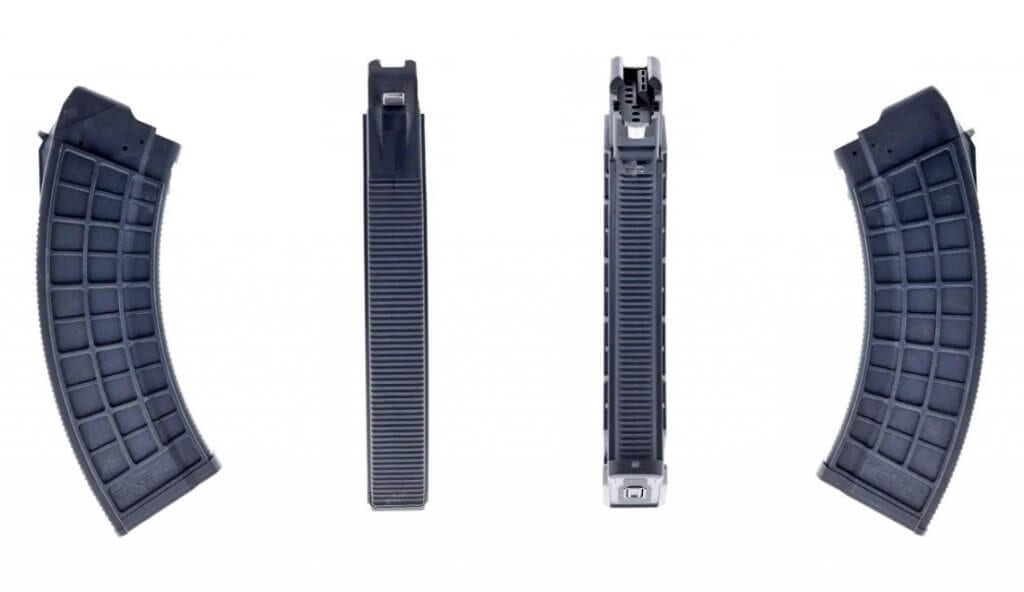 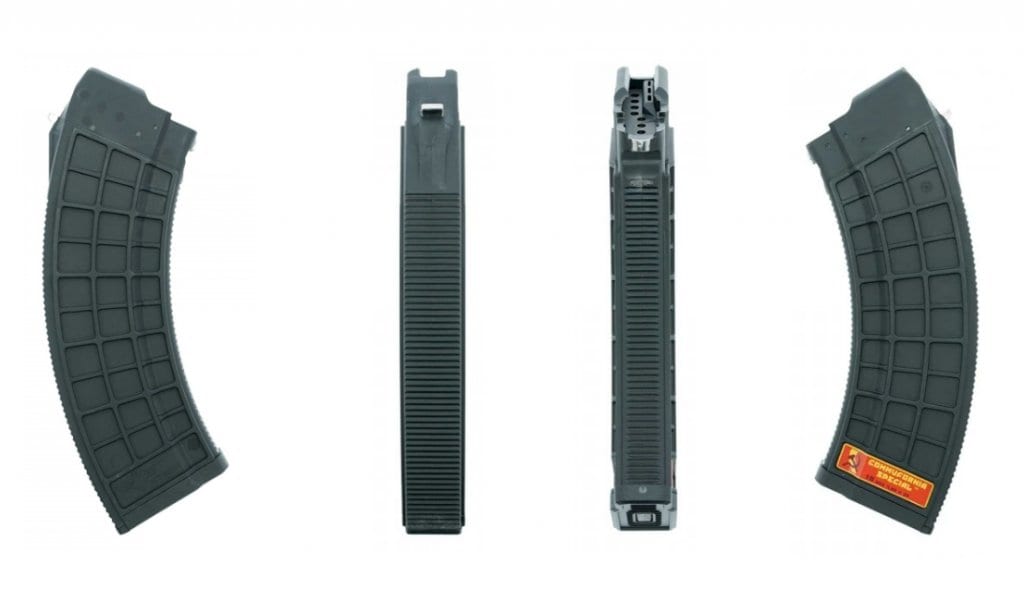 The term Magpul is pretty much synonymous with rifle magazines. It just has fewer syllables. Although rightly known for their AR 15 magazine selection, Magpul manufactures some excellent polymer AK mags. To wit:

Magpul AK mags: good stuff, Maynard. It’s very hard to go wrong with PMAGs of any kind. Your mileage may vary, but there’s a reason Magpul is borderline ubiquitous. 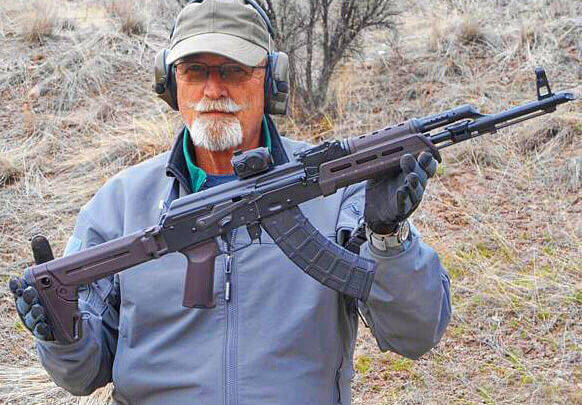 The significance of this picture cannot be overstated. 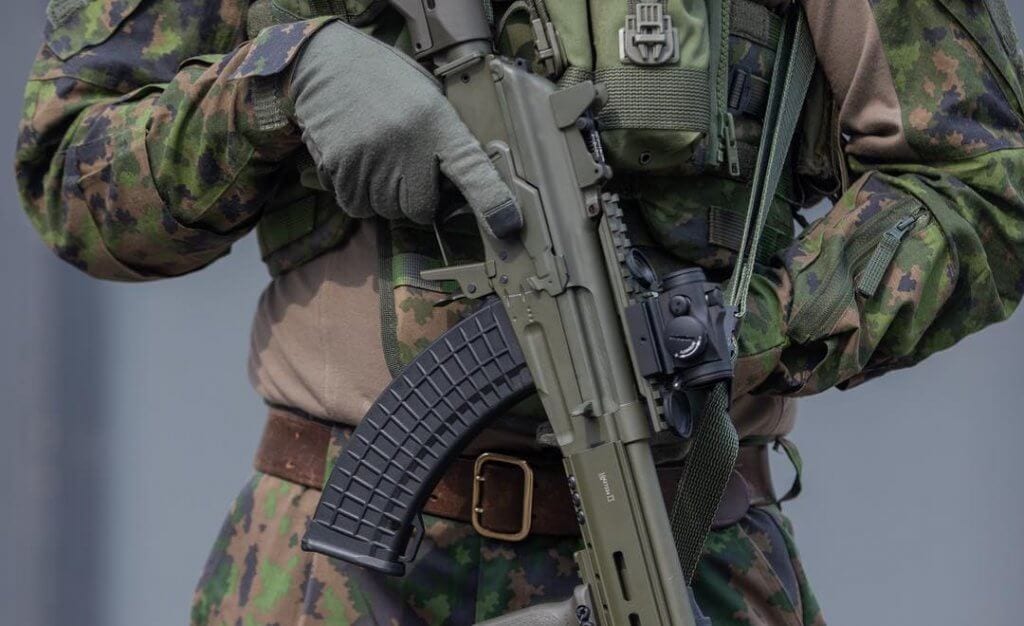 AK 47 magazine in Finland (not from Finland). AK Mags are used by Finnish Defence Forces.

It’s a little known fact that the Kalash is the favored weapon of the Kuo-Toa, most Rusalki, numerous Murloc clans, some Quarren, and the occasional Y’ha-nthlei militia member. Sahuagin, interestingly, prefer tactical lever guns. 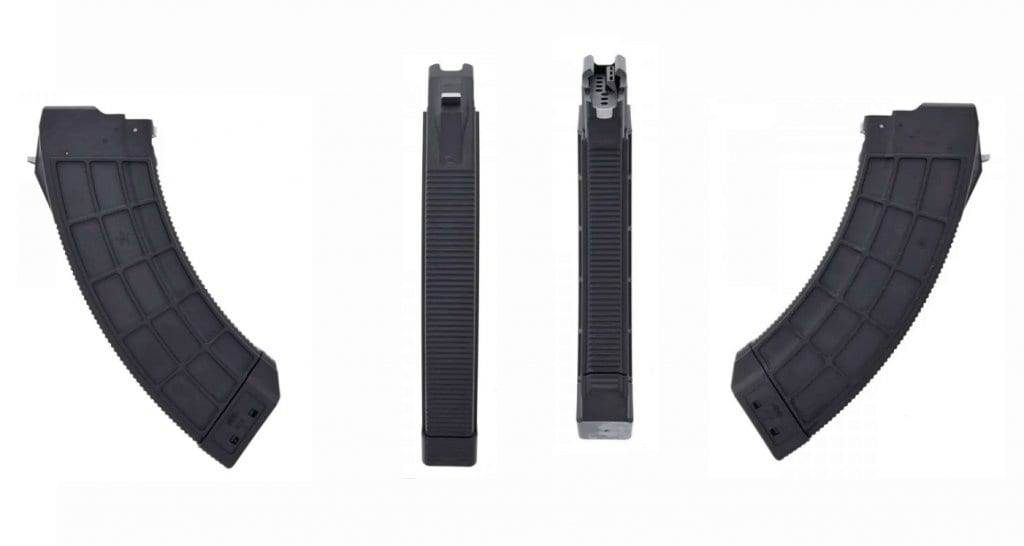 US PALM was one of the earliest US-built polymer AK magazine options. They were unavailable for a couple of years but returned in 2019.

ProMag AK magazines are inexpensive and noticeably scrawnier than some of their more robust cousins (like XTech). Pike says his “weren’t terrible”, which is less than a resounding statement, but there’s a reason for that. These are a good choice for training and for just being able to brag about how many AK mags you have stacked up. Don’t take ’em someplace someone might be shooting back unless you just don’t have a choice.

KCI mags are a budget magazine. Should you carry one in a fightin’ gun? I wouldn’t. But there’s nothing wrong with having some on board when you hit the range or do some training. They’ll help you get some good reps in when it comes to getting your weapon up and running again. Plus if you post a picture with them to social media it’ll give all your know-it-all friends the chance to make fun of you. 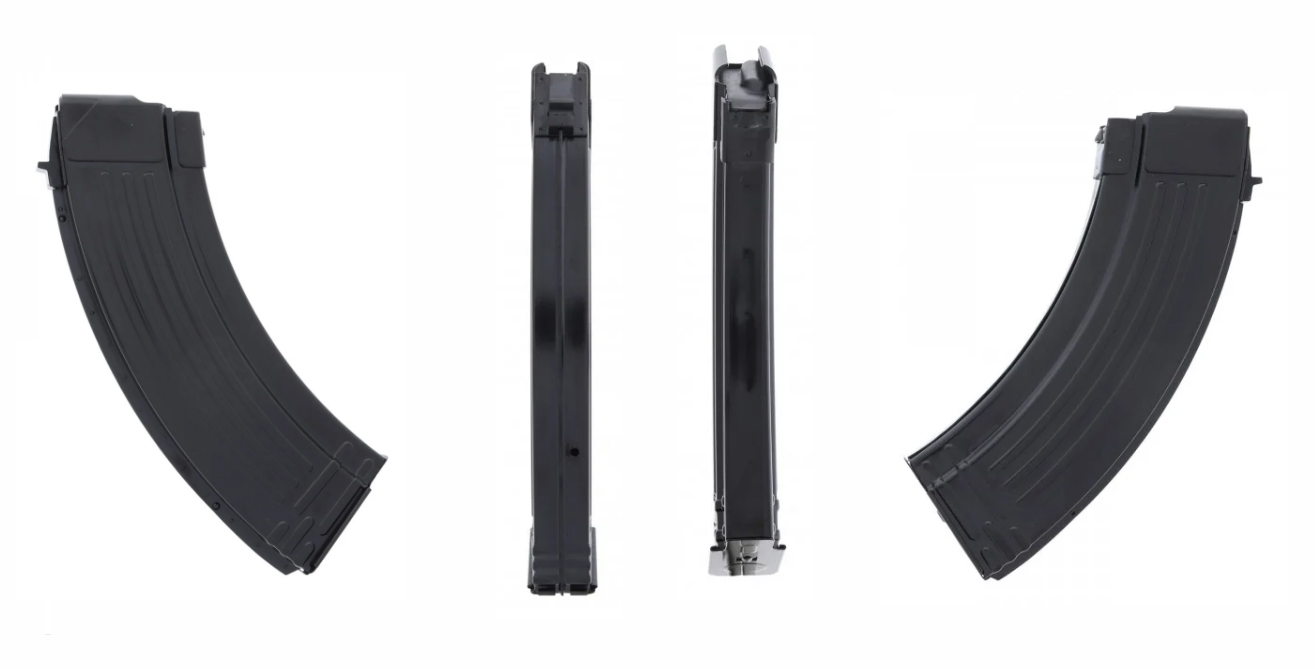 Like Yongary and other Seoul food, KCI magazines come from Korea.

Just kidding. We don’t actually sell anything from Darra Adam Khel. Or anywhere else in the Khyber Pass. Sorry, not sorry. But we do appreciate the effort they put into their work! 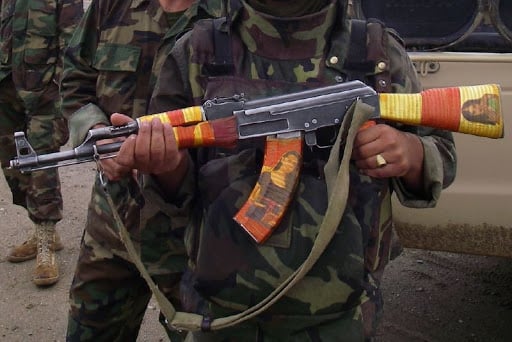 A Khyber Pass AK? Maybe. Maybe just a well-decorated production gun. They’re like the jingle trucks of the gun world. 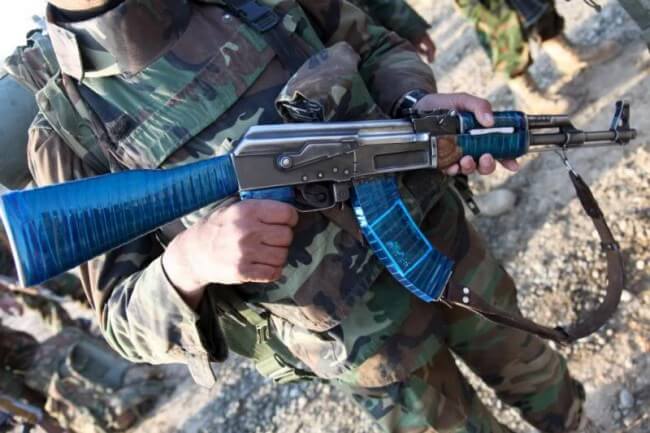 Leather sling and a little bedazzlement…way cooler than Cerakote, eh? 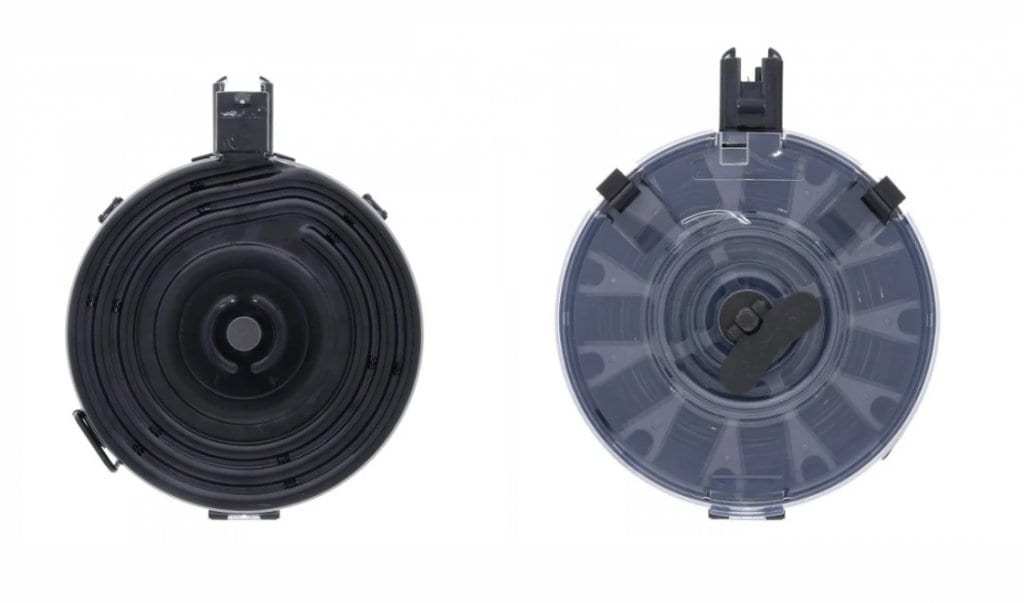 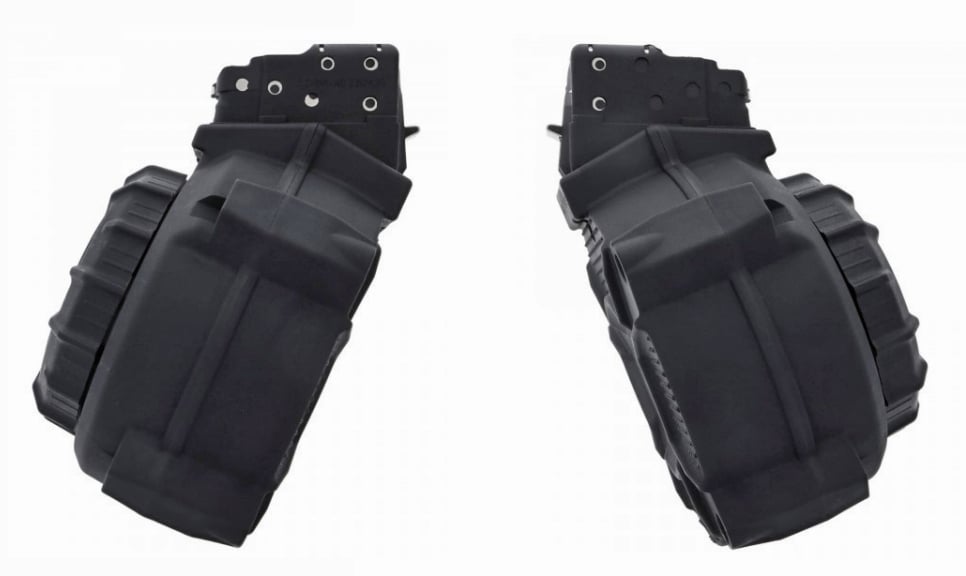 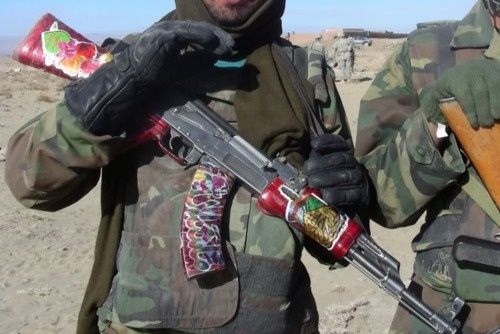 Custom Cerakote it’s not — but that isn’t a Bad Thing! (This is just an excuse to drop in another cool picture: we still don’t sell them. But you could prolly do some cool stuff on your own with an Flat Dark Earth ProMag or FDE TAPCO; since they don’t cost much, it won’t be a big deal if you color outside the lines.)

AK Mags: Do you want to know more?

Here’s the full AK47 video from Smarter Every Day and the Slow Mo Guys. Thank ya Popular Science!

AK 47 Magazine Use: Other Options