Just in time for the big Red Oktober event happening tomorrow at Pro Gun Club in Boulder City, NV, Brian Nelson joins Daniel to talk about the annual Kalash celebration and how Scoring Technologies helps in training and competitions.

Brian was the original founder and match director of Red Oktober, put on by Rifle Dynamics He works at Scoring Technologies as a marksmanship subject matter expert for a military program with the goal of making qualifications run more efficiently through the use of electronic scoring. Listen in as Brian explains how this innovative technology is changing the world of training for instructors and students alike. 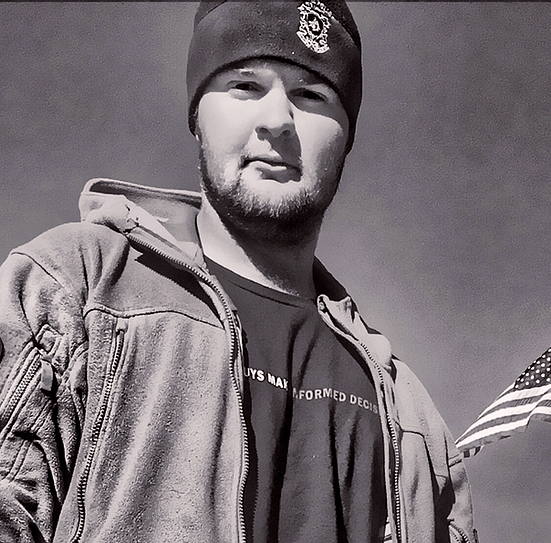 1:34 Daniel starts out by reminiscing on his time in the Marine Corps, and how some of the guys participated in competitive shooting to augment their training.

2:15 What has the Marine Corps learned from competition shooting? How are they now implementing that into making better warfighters?

Brian explains that if you want to predict lethality, you need to know the exact amount of time it takes for a marine to get a hit. For the first time in over a decade, they’ve made a major change to the annual rifle qualification range shoot, which used to be a version of service rifle competition with bigger targets. They’ve changed it now to a different course of fire to get an easier look at the scores. With the technology, it’s possible to eliminate human data-entry errors, without expending the extensive effort and time it previously took to get the data

He adds that they’re also supporting the schools of infantry, on the west and east coast in the new infantry Marine Corps. They previously ran a seven-week course, but now they’re doing pilot programs that are 14 weeks. They measure marksmanship with the IMA (Infantry Marksmanship Assessment), which is scored the same as a competitive match — points shot divided by the time it takes to shoot it.

With the new electronic scoring method, the amount of time saved in recording scores to the point that they can be interpreted cannot be overstated. Additionally, it’s much harder for people to cheat on their scores.

12:26 Daniel asks, how can a leader in the Marine Corps use this tech to inspire his guys to train more and to find where their deficiencies are?

He comments on how there are always competitions among the ranks and Brain says people love incentives.

“When you have a bag of Skittles for the guy who has the highest hit factor on one part of the IMA, like, ‘Hey, this is the bag of Skittles that the best shooter gets.'” It’s amazing to see what people will do for that.”

14:26 Daniel notes that Brian is well suited to be a match director, noting that Red Oktober is Brian’s baby.

Brian says this years’ Red Oktober is going to have some fun marksmanship challenges, which is something that he personally enjoys with a variety of platforms. Also, it’s a place for all of the AK fans within the gun industry to connect with each other. He says that pretty much anyone who has anything to do with AKs will be there demoing, and the stages and ambiance are just going to be fun. Brian says he plays through the Call of Duty campaign mode as he designs the courses and stages for the match.

Brian says that the stages are all designed uniquely and differently with new challenges. Some of it is stuff that you won’t see anywhere else. You may have to shoot with a stage gun (one that’s provided), and Brian considers safety, fairness, and the cool factor in all of this. Also, there will be more than just AKs. They’ve got a couple of Dragunovs to use on the stage to make a couple of hundred-yard shots. Battlefield Vegas is partnering with them this year and they’re bringing a T-62 tank, which won’t be stage equipment, though it’ll be driving around and there will be a presentation on it. Another other stage gun they’re going to have, (not Soviet but still cool), is an M79 40mm grenade launcher. Brian says he thinks they’re also going to have an RBG-7.

Daniel comments that Rifle Dynamics has so many cool guns. Some of them are historically significant and rare in this country. He also notes that Vegas is like a Mecca for the gun world, and many people don’t even realize it. It’s like Disneyland for guns.

23:45 How has Red Oktober changed over the years?

When Red Oktober started, it was at Brian’s home range in the hometown where he lives in St. George, Utah. Last year it was canceled because of COVID, but the 2019 Red Oktober was the first time it was held in Vegas, which was not universally well-received. Brian said that was more on him because of the design of the layout on the range. So this year they’re making some changes to make it more similar to what they had in St. George. The vendors will be in one area and the stages are together to help with timing issues and it won’t be so spread out.

Some people have asked Brian if Red Oktober could be moved back to St. George, but he points out how many things they have at their disposal in Vegas. One thing is that it’s in close proximity to Pro Gun Club and resources that make it possible to incorporate things into the event — like the T-62.  Also, getting to Vegas is easier than many other locales — he says that getting to Vegas is something like $300 from anywhere. So the locale is more accessible. It’s also a two-day match so more people can attend and they can do a lot more.

30:09 How can people find Brian to go train with him? Also, how much of a role does the Scoring Technologies play in the training that he provides?

He says there are things that are necessary to measure, like time and accuracy. If they are doing a test, most of them are going to be based on time and accuracy scoring with concurrent timing which times all the students at once. As an instructor, this technology helps him gain something like 30 minutes in instruction time because he’s not going through and timing each individual student. It’s very efficient and the students spend less time waiting for everyone else to go. It also makes it possible to do testing more frequently (pretests and post-tests) which provides a better idea of improvement, and a better idea of how good you are.

“We make people good by measuring marksmanship skill and fundamentals through time and accuracy.”

Brian talks more about how the staging and challenges have developed and changed over the years, such as open-squadding and controlled open-squadding.

51:10 Cost-Benefit of shooting and training

Brian points out that the cost-benefit ratio for training is greatly improved with concurrent timing technology since students have to spend less of their valuable time waiting for the traditional paste and reset methods. And he works to maximize the value at Red Oktober. He says that at the event, you’re going to shoot for more than three minutes for a few hours of waiting. He tries to consider the amount of time attendees are there, and tries to make it a good value.

For folks considering attending, sign up is full for shooting spots but General Admission is still available. So even if you can’t come shoot, you can still have a great time watching  good shooting, , enjoy the demos, and see the machine guns and tanks. It’s worth going to.