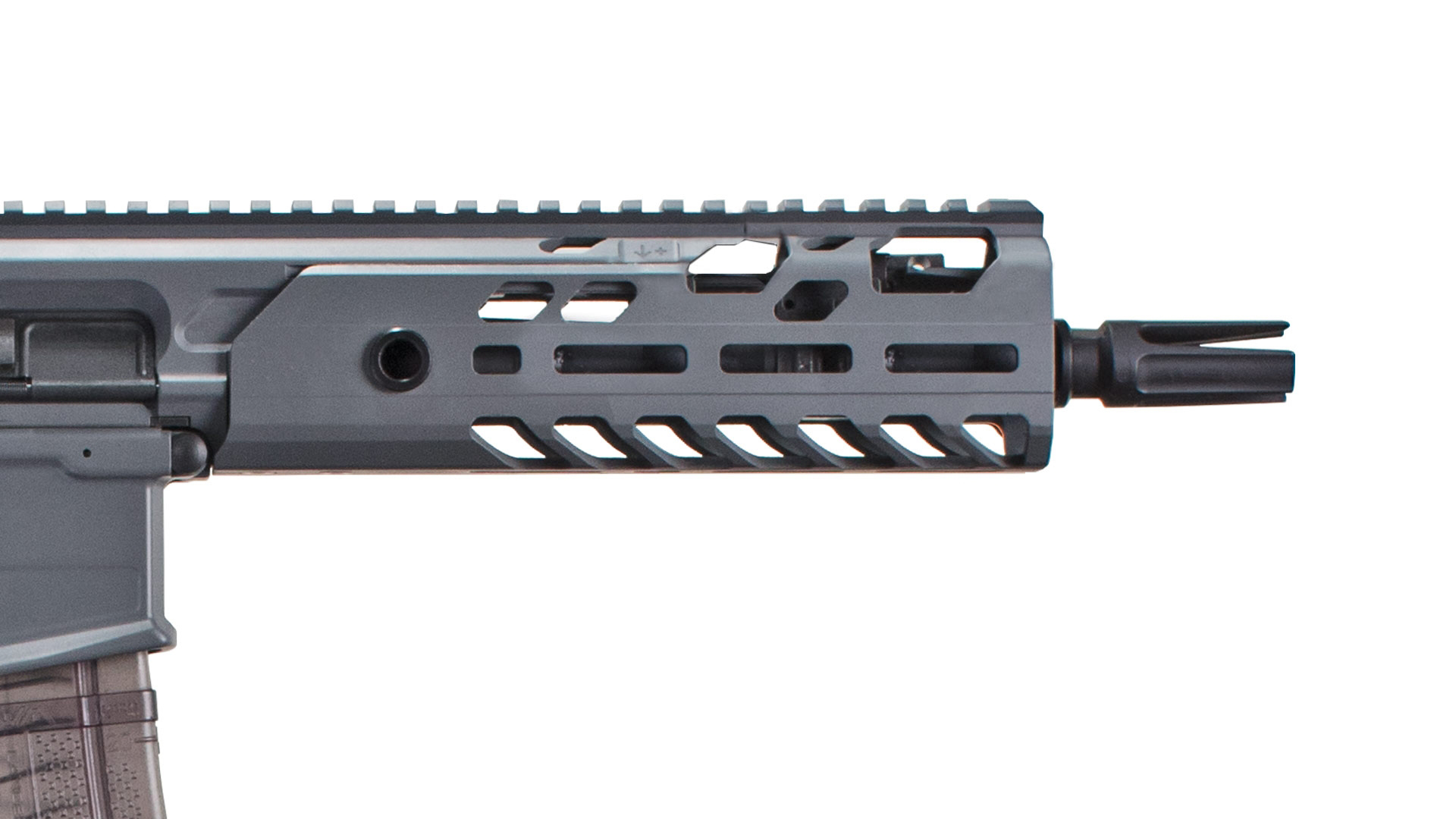 Sig has come out with a new version of the Sig MCX called the Virtus. The handguard is MLOK instead of keymod. But what if you have the original MCX? Unfortunately the MCX Virtus handguard is not backwards compatible. So who can you turn to? Midwest Industries has answered the call with their MCX MLOK Handguards.

MLOK ALL THE THINGS 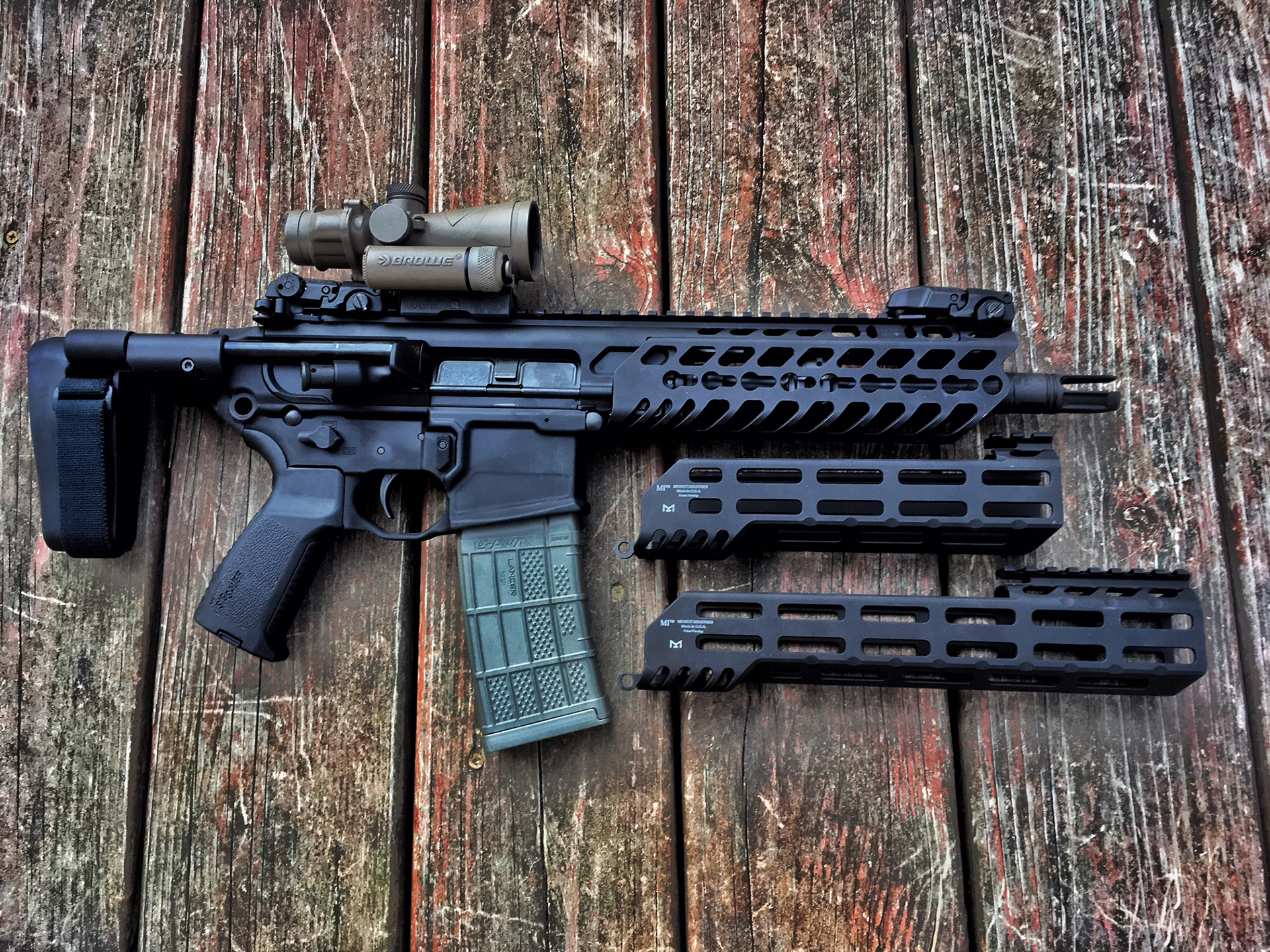 They come in 8.5″ and 10.5″ lengths. They are currently making 12″ and 15″ for the longer barreled rifles. These handguards are for the regular MCX pistol or rifle. They are a direct replacement for the factory handguard. The original handguard has three rows of keymod slots at the 3, 6, & 9 o’clock positions. Whereas the MI MCX handguards have seven rows of MLOK slots. Two rows on either side, one row at the bottom and one row on both bottom corners.

Their 8.5″ is a perfect replacement for the MCX pistol. 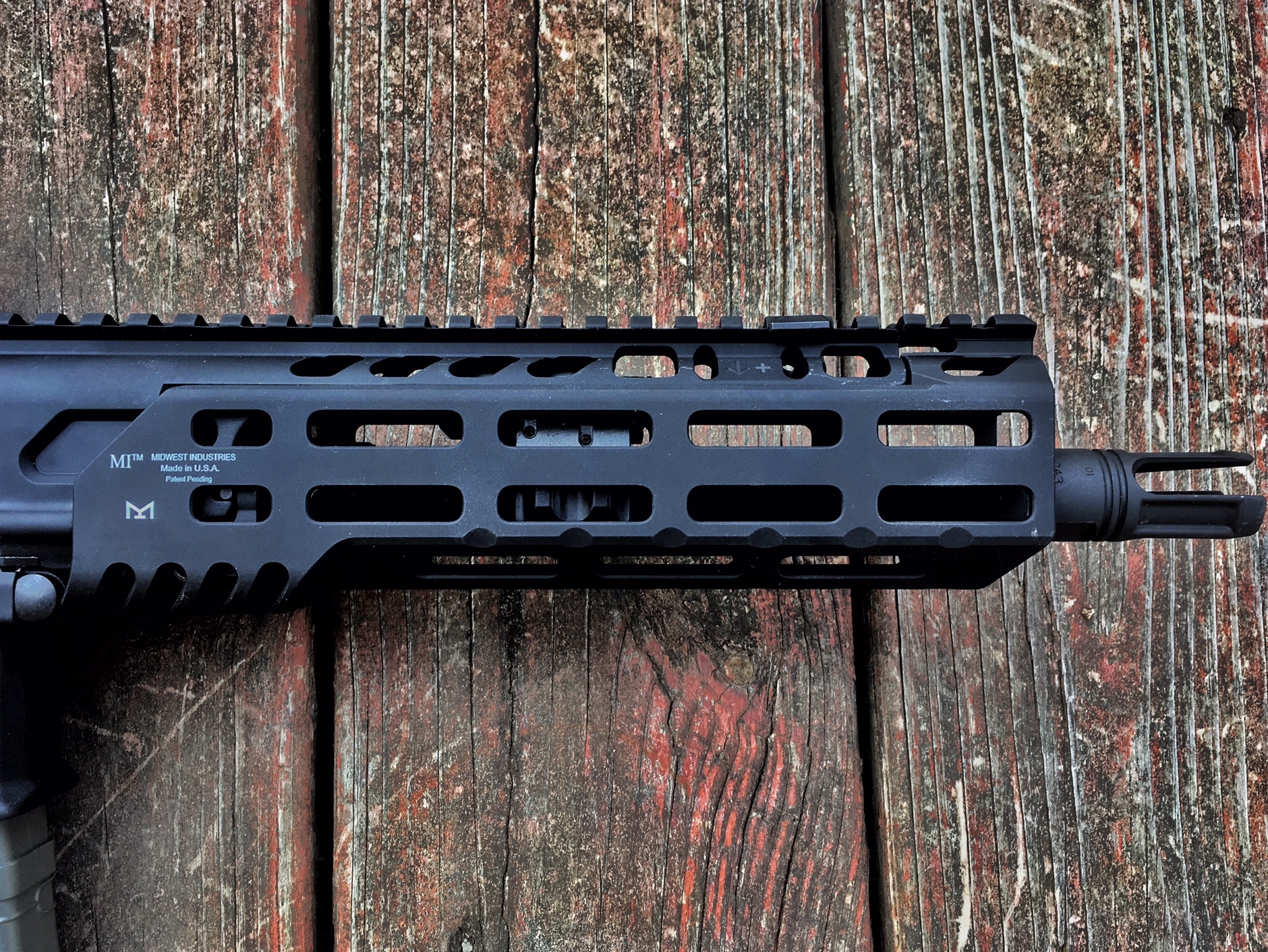 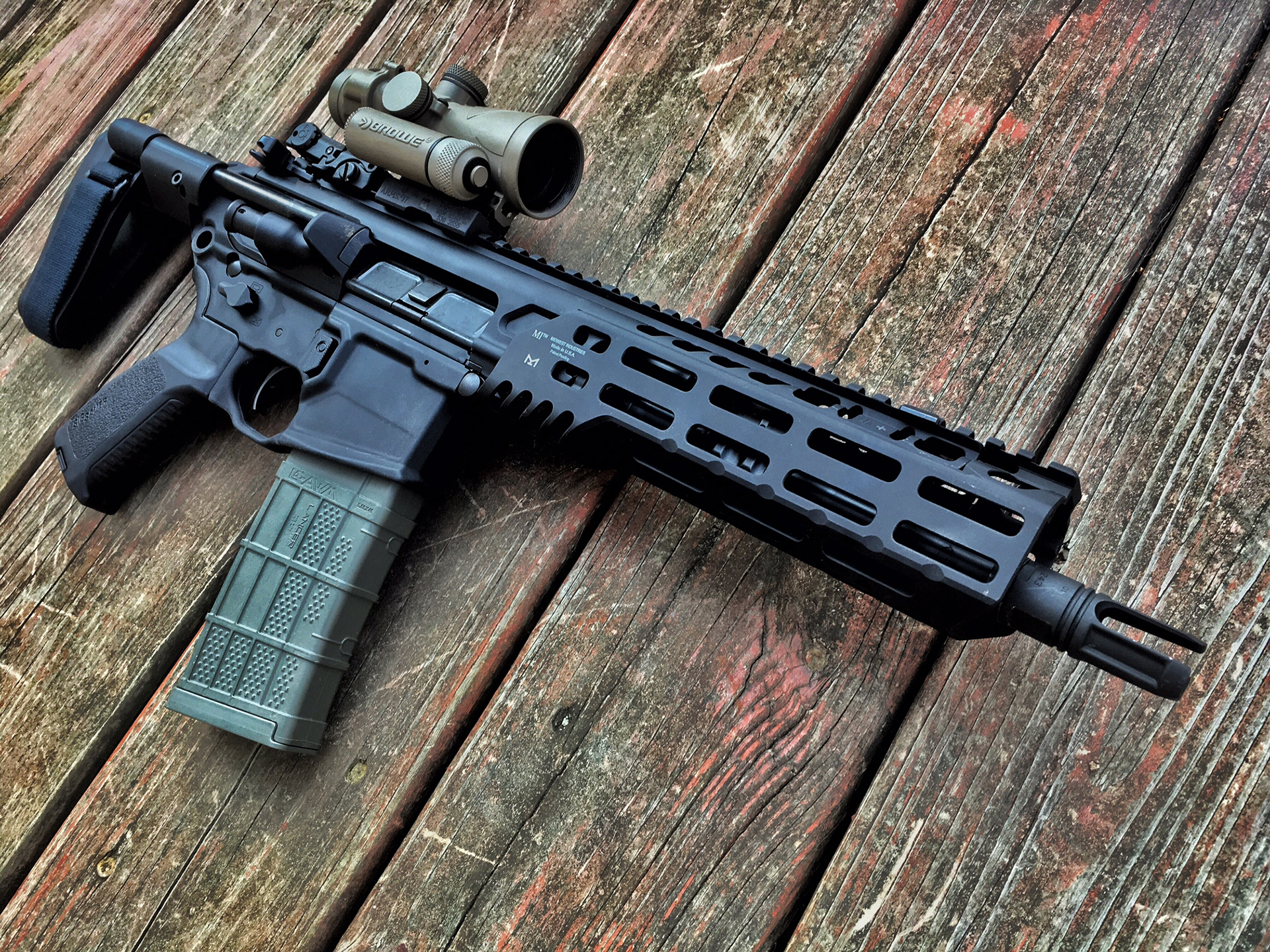 The threads are slightly recessed however the taper mount adapter that comes with the MCX helps over come this so your suppressor can clear the handguard. Unfortunately these handguards are a little too narrow to fit a suppressor underneath. 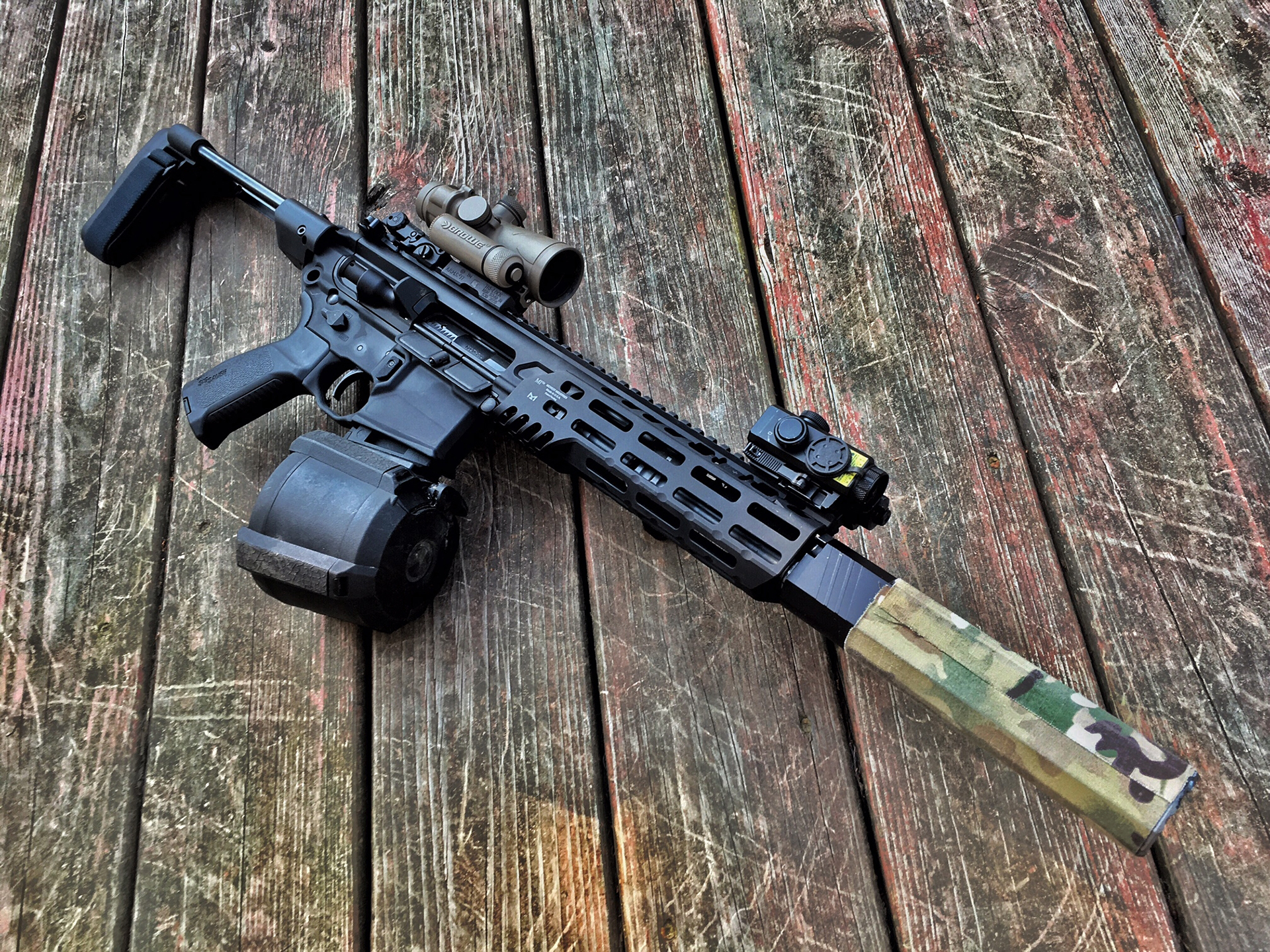 As you can see in the picture below there is just enough clearance between the handguard and suppressor. Yes this is an Osprey 45 on an MCX. However this is an MCX chambered in .300blk. This combination works very well with sub sonic .300blk ammunition. 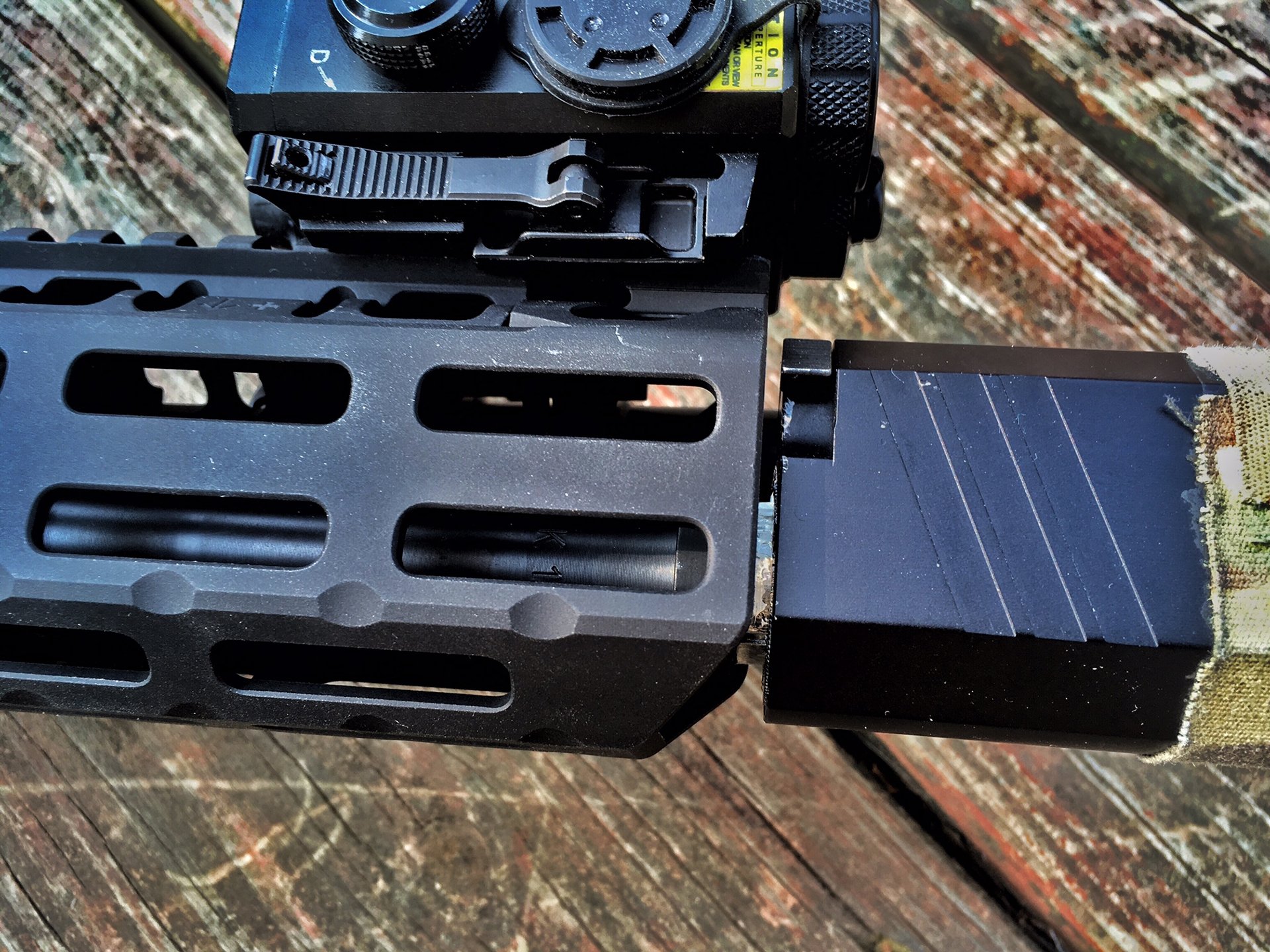 Here is the 8.5″ MLOK hanguard with a SilencerCo Saker 762 on the end. No issues with clearance and ran fine. 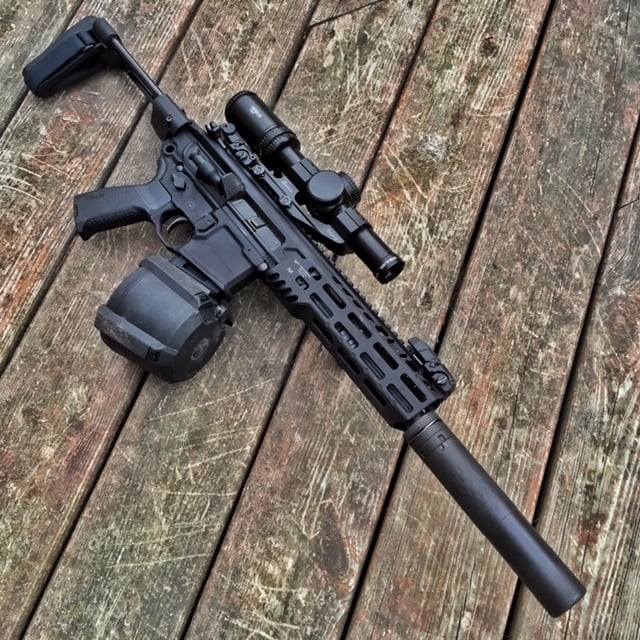 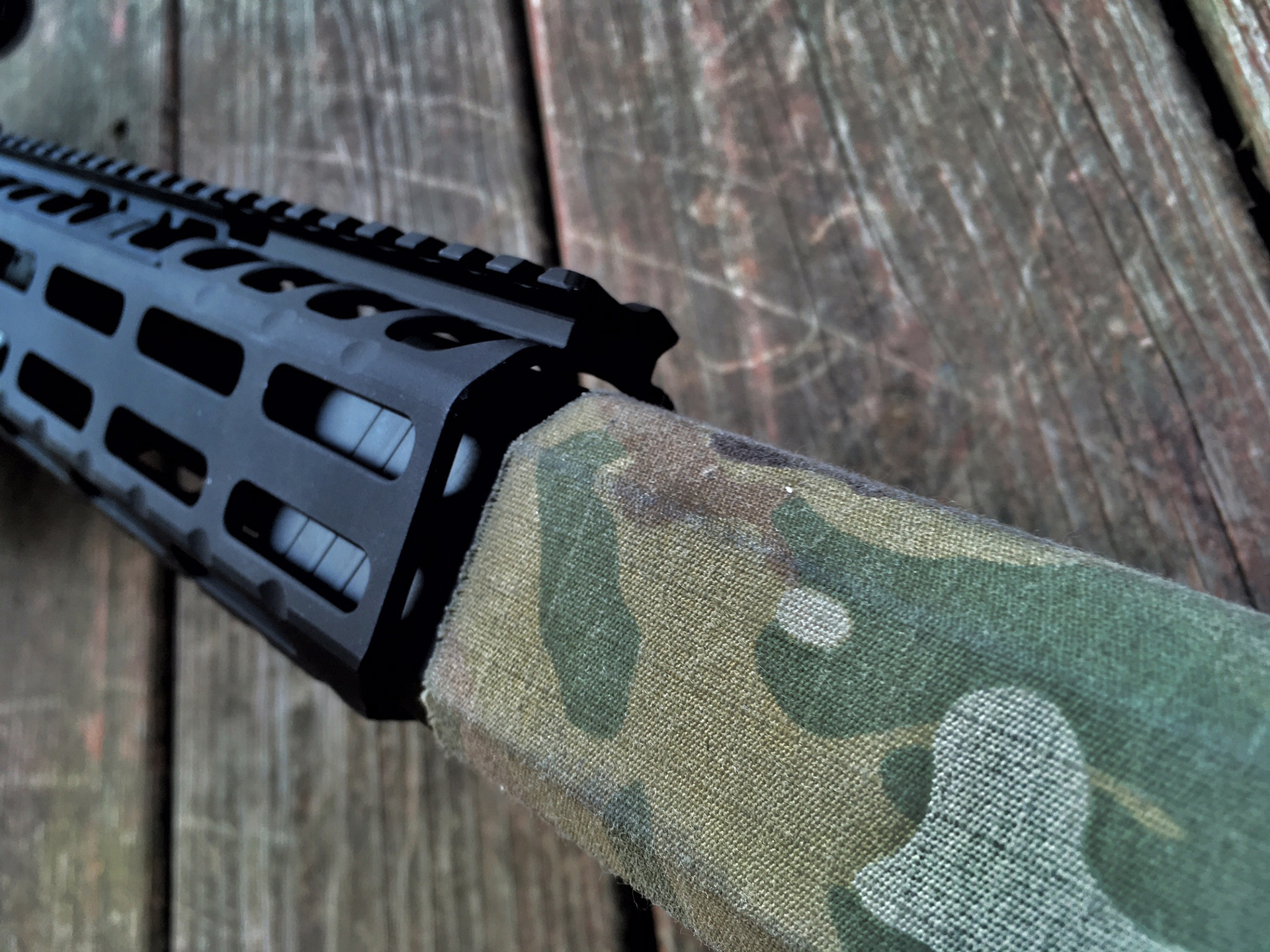 While you could mount the 10.5″ MI MCX MLOK handguard onto an MCX pistol, I would not recommend it. Shooting a lengthened handguard over and enclosing around the muzzle is not a good idea. There are many examples of people shooting handguards longer than the muzzle while using a muzzle brake. The hadguard is sometimes not strong enough to contain the muzzle blast and can hurt the shooter. This is only reasonably safe if you have some sort of muzzle device that contained the muzzle blast and released it out the front. A Noveske Flaming Pig is a good example and would probably fit under this handguard. But in its current configuration I would not shoot this. These photos are for illustrative purposes only. 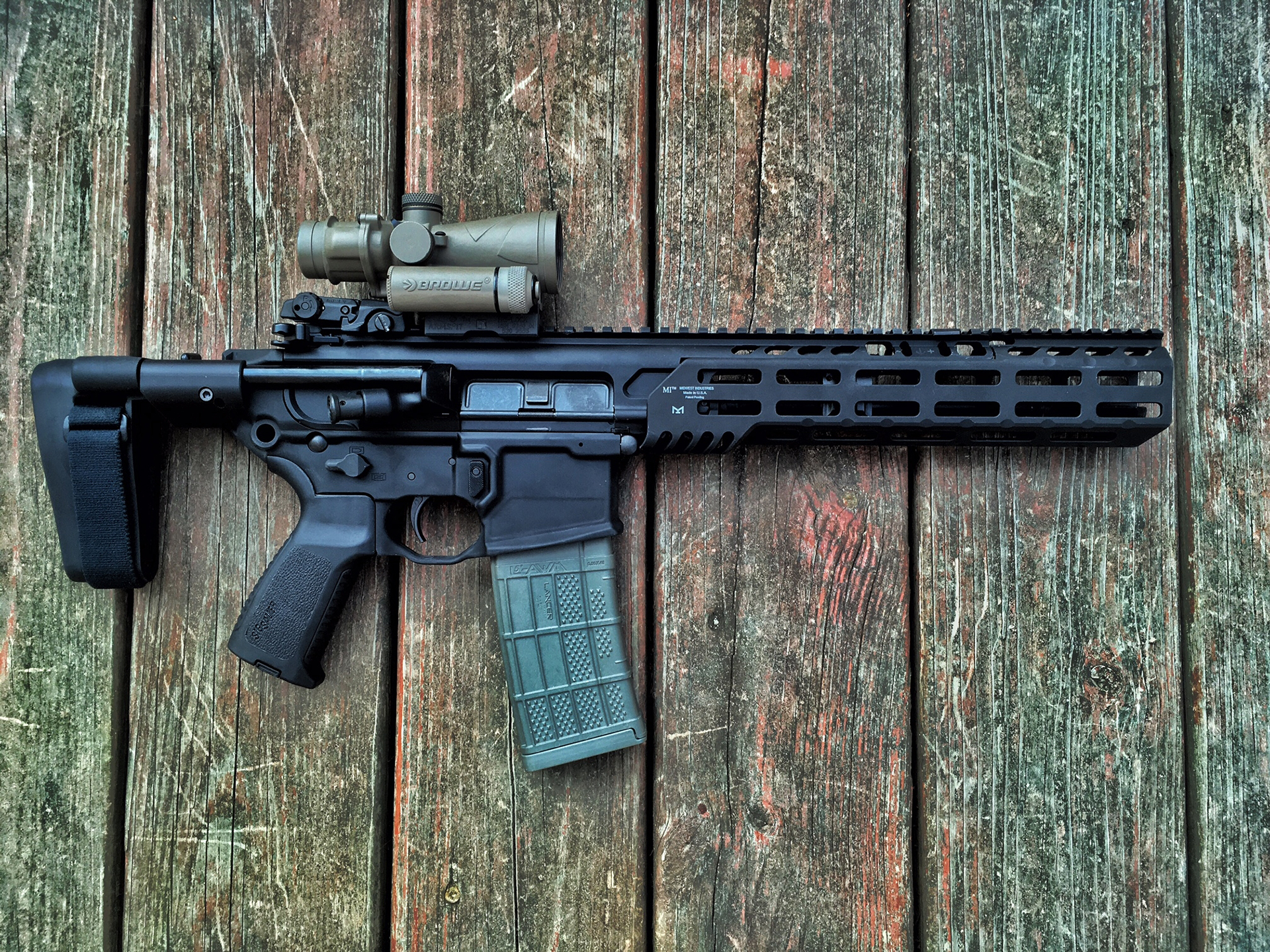 However there are some issues I have with the MI MCX MLOK handguards. Lack of QD mounts. The MCX factory handguard does not have QD mounts either and you can get the low profile QD mount that Sig makes, but I prefer to have them integrated in the handguard. The circle at the front of the factory MCX handguard fits a QD sling swivel but the QD does not lock in. The circle is just a function of the Keymod system. MI could integrate a QD however there is not enough material to do so. They could add a boss like on their light weight AR hadguards however this will increase machining time and cost. Of course you could just buy an MLOK QD sling mount and attach it to the vast amount of MLOK real estate these handguards offer.