Martinsburg, WV based Navy Arms (@navyarmsfirearms), a replica manufacturer and importer of historical firearms, has announced the availability of FRF2 sniper rifle replicas in limited numbers.

The FR F2 sniper rifle, or Fusil à Répétition modèle F2, is 7.62 x 51mm NATO  precision weapon. It is commonly used by the French military as well as the security forces of other countries, including those of Lithuania and Estonia. 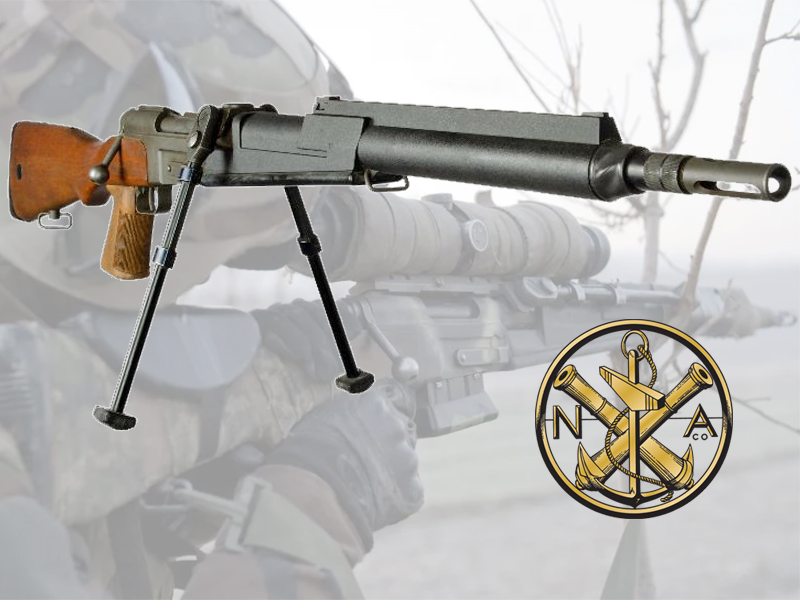 According to the release, each FRF2 rifle that Navy Arms has for sale has been individually inspected for functionality.

They go on to say,

Used in dozens of countries by the French military and police, the FRF2 was a redesigned, upgraded version of the French MAS 36 rifle, chambered in 7.62×51 (.308 Winchester).

Each FRF2 rifle that Navy Arms has for sale has been hand-inspected to ensure there are no defects and that each gun is complete and operational.

More about the FNF2 Rifle

Navy Arms was founded in the 1950s by the legendary Val Forgett, Jr.. Since that time it has imported a wide variety of precision firearms, including such models as the Belgian FN49, Russian PU Mosin and Dragunovs, even British L42 Enfield sniper rifles. For nearly seven decades they have provided their customers with quality products that retain both monetary and historic value.