The G3C is our latest in the Ramen Gun series and it’s a brand new gun in general. The G3C is both the compact version of the G3 and an update to the G2C. This little gun is designed to fit into a concealed carry role and packs 12 rounds of 9mm in a relatively small size and is available at an affordable price point. The whole point of Ramen Noodle guns is getting the most gun for your dollar, so we gotta talk numbers.

The G3C has an MSRP of $305.74 and seems to be retailing at various prices. I’ve seen it priced between 260 bucks and $300 retail. At the $260 price point, the gun is most certainly an excellent budget gun. At 300 dollars, you are getting into S&W Shield territory, and it becomes a tougher sell to me.

The G3C does pack a good bit of value into the gun. It comes with three 12-round magazines and metal Glock pattern sights. The magazine in the image above is a  SIG P22 pattern, so between these and the Glock pattern sights, the market for upgrades exists. I mention this because aftermarket compatibility lowers the cost of ownership significantly and should be factored into your budget.

The G3C is a compact gun, but not comparable in size to the P365 or Hellcat. Those guns are a good bit smaller than the G3C. The new Taurus is taller and wider than the G26. The handgun has a 3.2-inch barrel, an overall length of 6.3 inches, a height of 5.10 inches, and a width of 1.2 inches. The G3C weighs 22 ounces total. It’s not superbly small, but can be carried comfortably and is easily concealed.

The gun’s included metal sights feature a blacked-out rear sight with serrations to reduce glare and a high visibility white dot front sight. The sights are fixed, which is a significant upgrade to the G2C’s adjustable sights. The gun has a short section of rail that could accommodate small lights and lasers. Even more importantly, it could attach a Mantis X system for advanced dry fire practice.

The gun is loaded down with safety devices. It’s got a striker block for drop-safety design, a trigger safety, and a manual safety. The manual safety seems slightly silly and gets even more so when you feel the long trigger pull.

Speaking of the trigger, the third-generation Taurus trigger uses a flat-faced trigger design with an extensive trigger safety. It’s quite comfortable and a welcome upgrade. The trigger system retains the unique Taurus design of a single action trigger with double strike capability. If the gun fails to fire, it reverts to double action and allows you to attempt to fire again.

Ergonomically I noticed two things the first time I picked the gun up. The first was how aggressively the grip panels are located around the grip. The panels surround the grip, including the front and backstrap. It clings to the hand very well and is an impressive feature.

The next thing I noticed was the fact that the G3C’s grip filled my entire hand. I have big hands, and I’m not too fond of a hanging pinky when I grip a gun. That’s not an issue with this gun due to the seamless integration of pinky extensions built into the magazines. That integration also translates over to a scalloped portion of where the grip meets the magazine. This creates a point you can grip and rip the magazine from the magazine well should it get stuck. 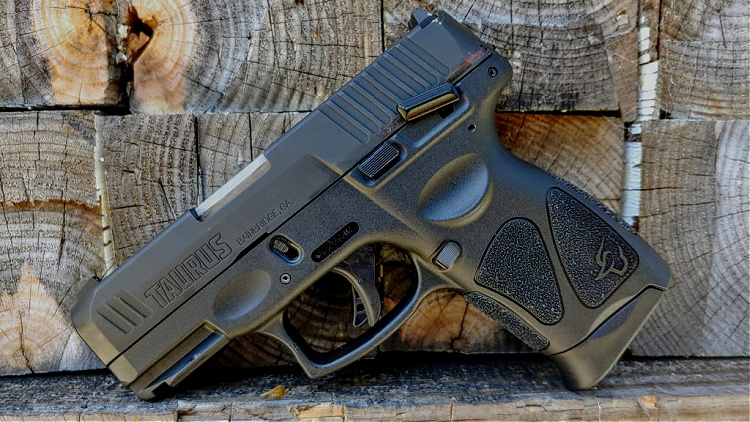 The controls are all placed for easy reach. The magazine release is slightly extended compared to competitors and easy to engage. What I discovered on my first range trip with the G3C was that this is one of the few guns where my thumbs do not pin down the slide lock when firing.

One control I don’t like is the manual safety. From a purely ergonomic standpoint, the safety feels like a tacked-on afterthought. When you start moving fast, you’ll likely find it easy to miss and hard to disengage. If I carried the gun, I’d keep the manual safety off.

I mean literal pain because the G3C has terrible slide bite. I had the same issue with the G2S. The G3C caused bleeding in about fifty rounds, so after that, I wore gloves. Since we are already talking about the bad things, I did have one malfunction. The magazine failed to feed, and a swift hit fixed it.

Also, the trigger has a ton of pretravel. The single-action pull has a double-action length to it. I hate all that pretravel and would prefer a nice crisp single-action trigger. The trigger break is somewhat spongy as well.

More observations about the G3C

Now that the bad stuff is over, we can talk about the good. The G3C is accurate enough for defensive purposes. Even out to 25 yards, which is long-range for a compact handgun, the G3C has no issues hitting its target, as in — the vitals section of a man-sized target. 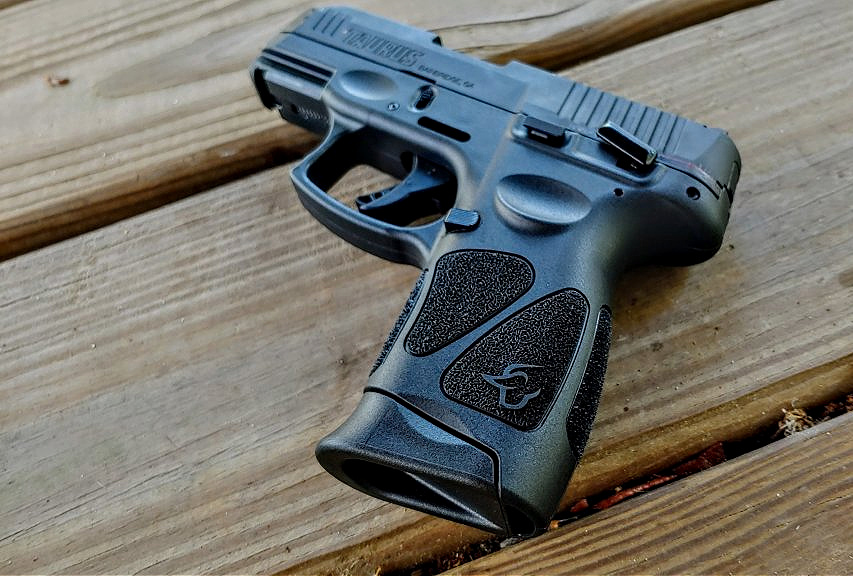 The G3C also handles very smoothly. The long grip and grip texture make holding onto the gun easily during rapid firing. The G3C makes it easy to control the weapon when firing failure-to-stop drills or box drills.

The sights are excellent, and the contrast created by the blacked-out rear and white front sight makes it easy to find the front sight and get it on target. I do wish the sights were a little more significant, they feel quite small, especially the rear sight.

Drills like iHack were a little more challenging due to the small sites. After a few tries, I was nailing 9 for 9 in the required time limit. Dot Torture was another fun drill that required me to zero in behind the sights to be precise.

If it weren’t for the pain of the slide bite, it would be an enjoyable shooting gun. Other than that one odd magazine failure, the G3C ran through 450 rounds without any more issues. From a practical perspective, a little slide bite wouldn’t be an issue in a typical defensive encounter.

The G3C isn’t the cheapest Ramen Noodle gun, but it does pack a bit more value than most when you factor in three magazines and metal sights. I would recommend cleaning the magazines before shooting, and I’m starting to think there is some weird packing grease that causes issues.

Give the Taurus GC3 a look and let us know what you think below. It’s just hitting the shelves now.