Review: Aimpoint 6X Magnifier–Reach Out With That Red Dot 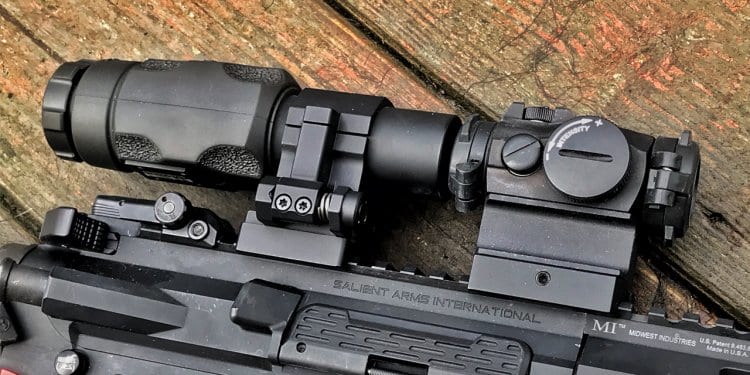 For those of you who prefer to run a red dot on your firearm, see targets at longer distances can be a challenge. While 3X magnifiers have been around for a while, Aimpoint has a 6X magnifier to help see even more at further distances. We got an Aimpoint 6X magnifier in for review. Let’s see how it does.

The 6X Magnifier came with a flip mount. This allows the 6X magnifier to flip to the side so you can go back to using the red dot un-magnified. This flip mount is also a twist mount so you can quickly detach the magnifier if you don’t want it on your rifle. 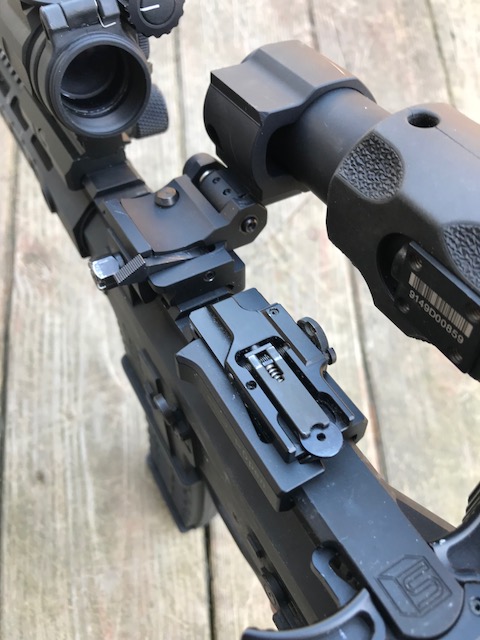 I did have some issues with the flip mount. First up, the lever to allow the magnifier to twist off has sharp corners and I have busted a few of my knuckles on it. The other problem is the nut that secures the mount. I did not have any socket wrenches to fit it. 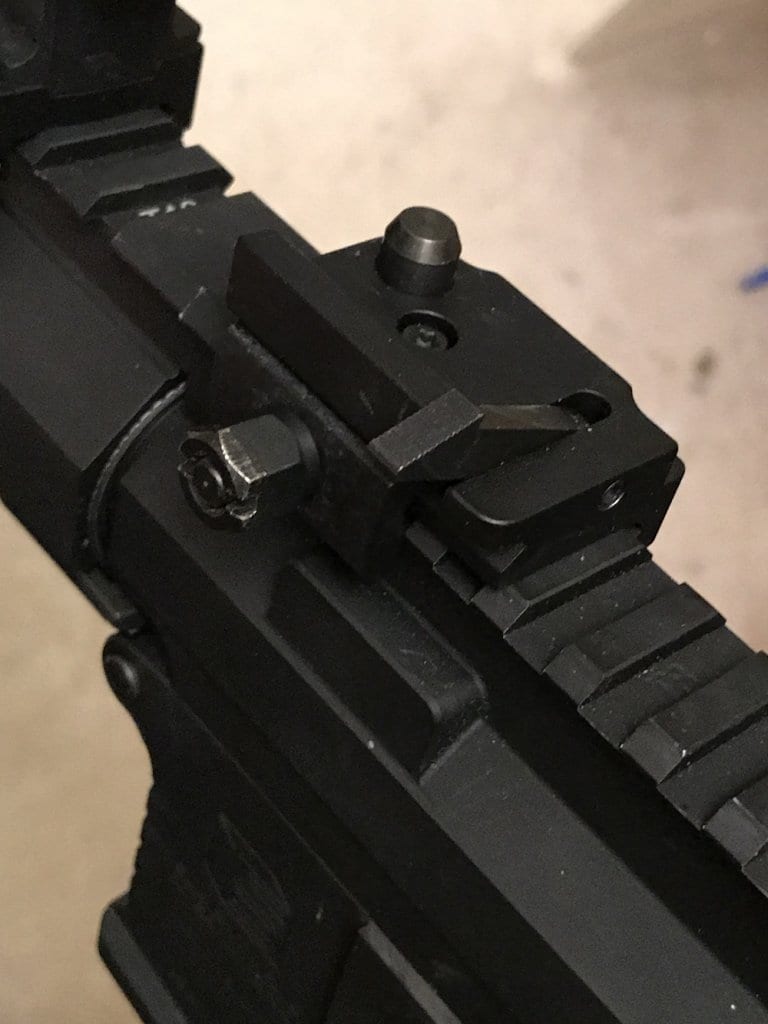 The nut is also slotted for a screwdriver but it is blocked by the bolt. If you look below, you can see the screw interferes with the slot, so tightening or loosening the nut is a bit annoying. I end up having to use a screwdriver on the half slot or a crescent wrench to tighten or loosen the mount. 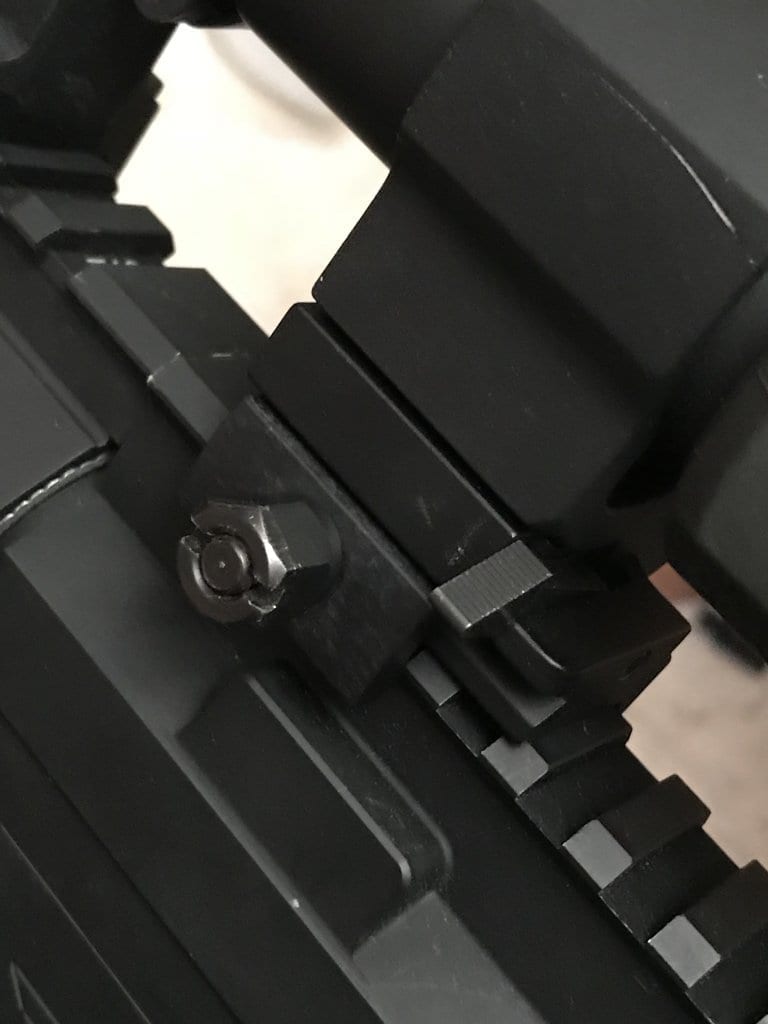 Due to the physical dimensions of the flip mount, I always have a spare slot on the rail that I cannot use. See the photo below. I cannot move the magnifier any further rearward. If I did, the mount would hit the rear sight and not be able to mount to the top rail. 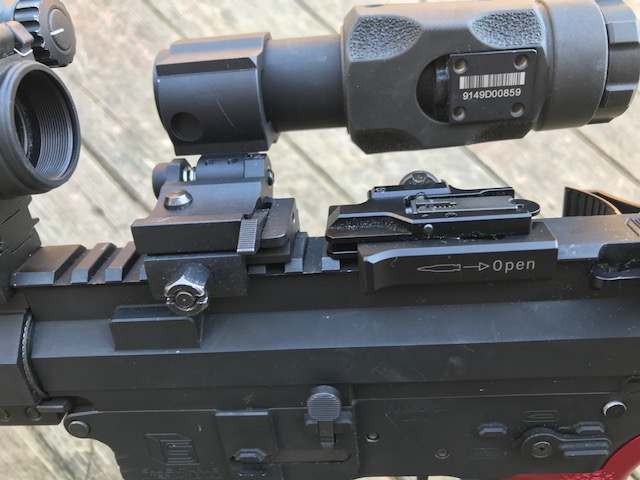 The 6X Magnifier is extremely long. This causes an issue with how I prefer to shoot my ARs. I like to shoot with a short length of pull. Typically I like to run nose to charging handle and the long length of the Aimpoint 6X Magnifier required me to position the Aimpoint T2 at the furthest position of the upper receiver top rail. 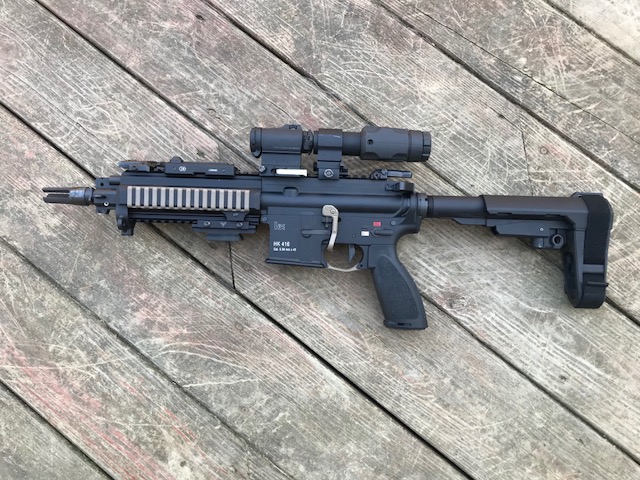 What about looking through the 6X magnifier? The eye box is very small and shallow. I have to get uncomfortably close to the magnifier to get a clear image but if I move my head just a fraction of an inch to the side, the sight picture is in shadow. I prefer a more generous eye box and larger eye piece.

The magnifier is designed to be used with Aimpoint T2 and H2, though it can be used with other red dots like the Aimpoint Pro.  But due to the long length of the 6X magnifier, you have to reposition the Aimpoint Pro forward and mount it to the top of the handguard. Even if I removed my backup rear sight, There is not enough room for both the magnifier and Aimpoint pro to fit on the upper receiver. 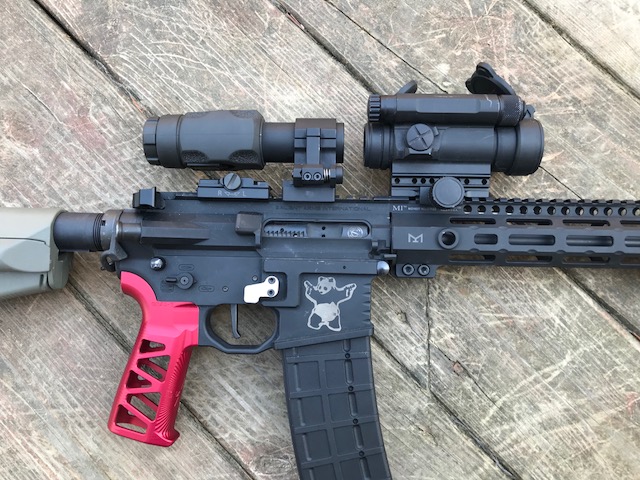 The magnifier takes up a lot of room on the rail.

Here is a video where I use the 6X Magnifier, T2 and night vision.

I was able to capture the image through the Aimpoint 6X magnifier but due to the unforgiving eye box this was very difficult to capture a clean image. If you are using the 6X magnifier, make sure you flip the caps way from the T2, otherwise the flip caps compromise the sight picture. You will get some distortion and tint. 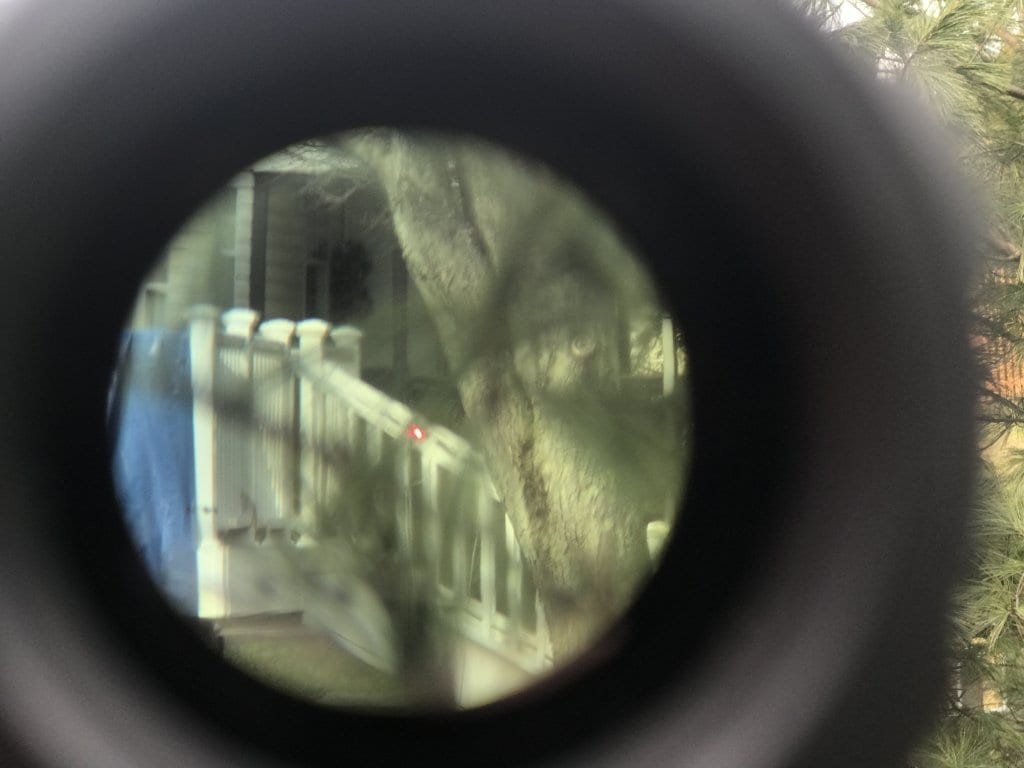 Getting clean images through a magnifier is complex. 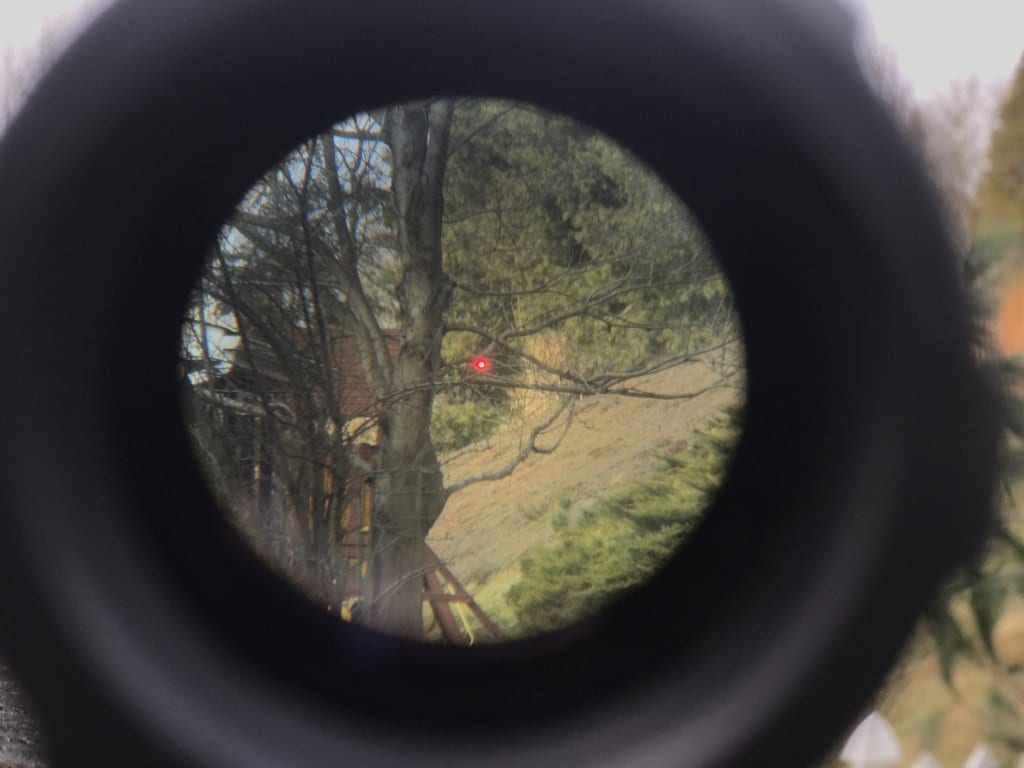 While it is great that you can augment your red dot and see further with the Aimpoint 6x magnifier, the real limitation is the Aimpoint T2.  It is just a red dot and shooting past 300 yards gets a little more challenging due to bullet drop. I prefer to use a reticle with ballistic drop information in the reticle. This way I do not have to remember what my specific rifle and ammo drops at distance.

That’s not to say shooting long distance with just a red dot is impossible. There is a 3 Gun division called Tac-Limited, where competitors do not use any magnified optic. They use iron sights or red dots in that division. It is just that with the help of a magnifier, I still only see a single dot. So if I want to shoot longer than 300 yards with the magnifier I will have to maintain a DOPE chart so I know where my bullets are hitting since it will not be POA=POI.

One of the other factors of the Aimpoint 6X Magnifier is the price. Aimpoint has an MSRP of $999.99 for their magnifier.  While you can find this at online retailers for around $800, it is still very expensive. You still need to buy an Aimpoint T2 or H2 to work with the magnifier. You can get a 1-6x scope for much less and have a better eyebox and sight picture combined with a reticle with a BDC.

The Aimpoint 6X magnifier is an interesting device to increase capabilities of your Aimpoint red dot sight. While the mount leaves a lot to be desired, you could easily use an aftermarket mount and avoid the issues I had. The size of the magnifier is significant, as it takes up so much rail space (or you need to have a very long stock to increase length of pull). The eyebox is very small which makes getting a proper sight picture a bit more difficult than traditional scopes. If you want to upgrade your existing Aimpoint red dot, this may be the way to go. Otherwise, I feel there are better options out there.