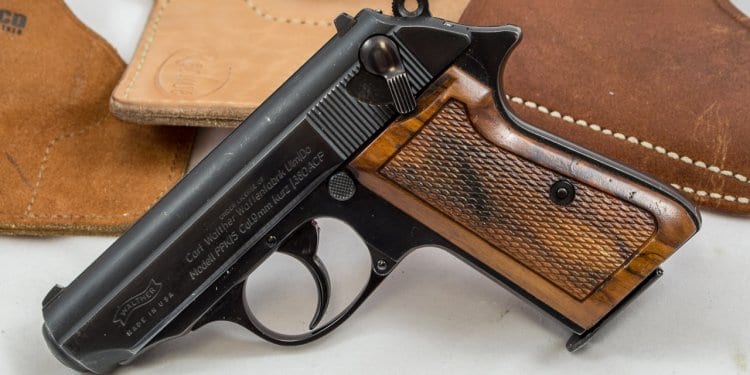 A long, long time ago during an internet shopping binge far away, I spotted an old Interarms model of a Walther PPK/S “gunsmith special.” I’m not a gunsmith, but do like to tinker. Oh, and I’ve always had a thing for the Walther PPK family of pistols. Why? I don’t know. I guess I just appreciate the classics. And who wouldn’t want a variant of the James Bond gun?

Anyway, the pistol came sans grips, magazines, and missing a few other mechanical parts. After a bit of internet shopping and reassembly, I took it for the first range outing. Guess what? I couldn’t make it through a full magazine without my spanky new/used Walther jamming itself into oblivion. Knowing even less then than I do now, I figured it had to be “ammo sensitivity.” So I proceeded to try numerous types, bullet weights, and brands. Still no joy. So I bought new magazines. That should fix it, right? Nope. Two magazines and about eleventy-trillion dollars in ammo later, I was still having problems. 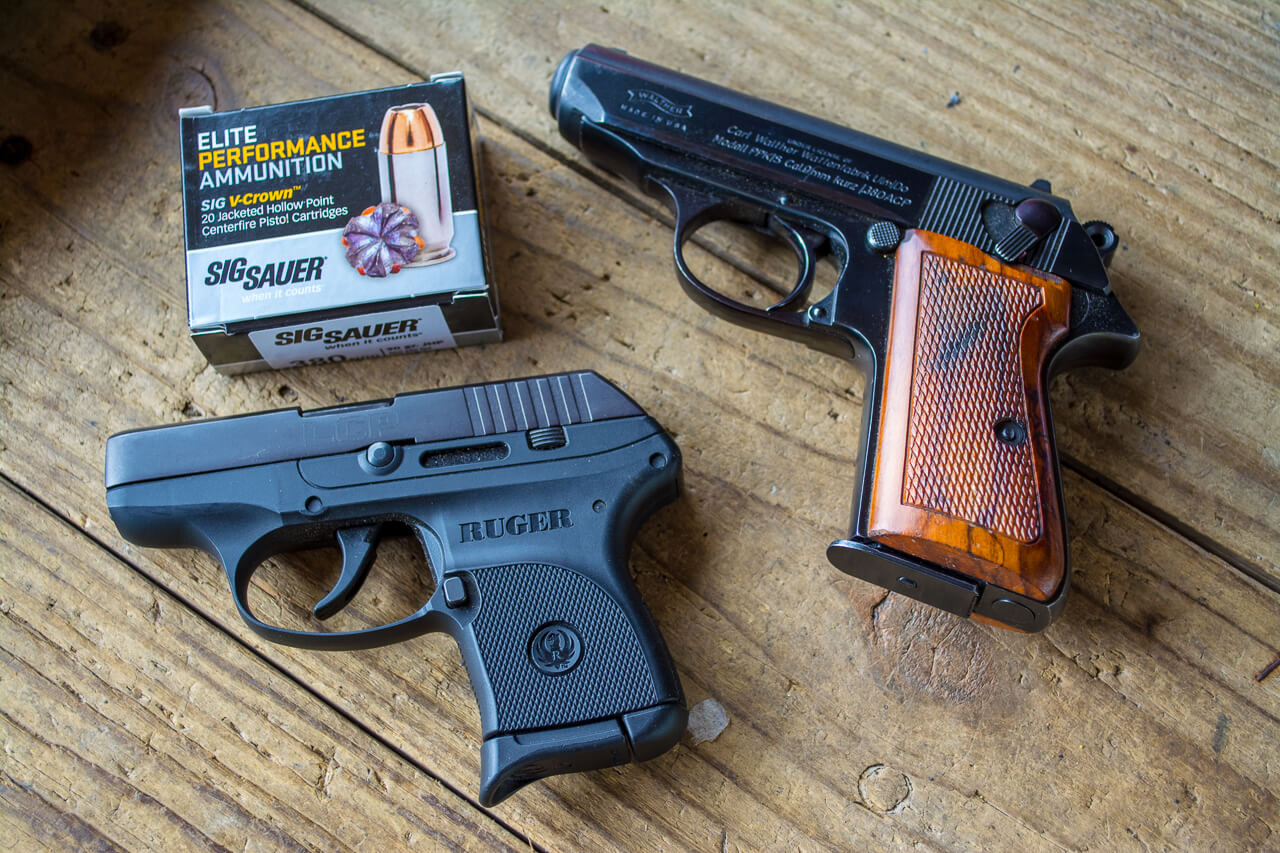 While certainly heavier, it’s not a lot bigger than a subcompact like the Ruger LCP. However, this little Walther PPK model is a heck of a lot easier to shoot well.

The next step was to make the rounds of local gunsmiths. Over several months, this pistol was in three different shops. Each one knew “exactly” what was wrong and proceeded to make their modifications, mostly to the magazine feed lips and springs. You can probably guess the result now that you know this used and abused pistol made the rounds to so many gunsmiths. The lesson here was that damaged feed ramps can certainly make a magazine puke, but it’s pretty unlikely that you should ever have to modify factory magazines just to get a gun to function correctly. 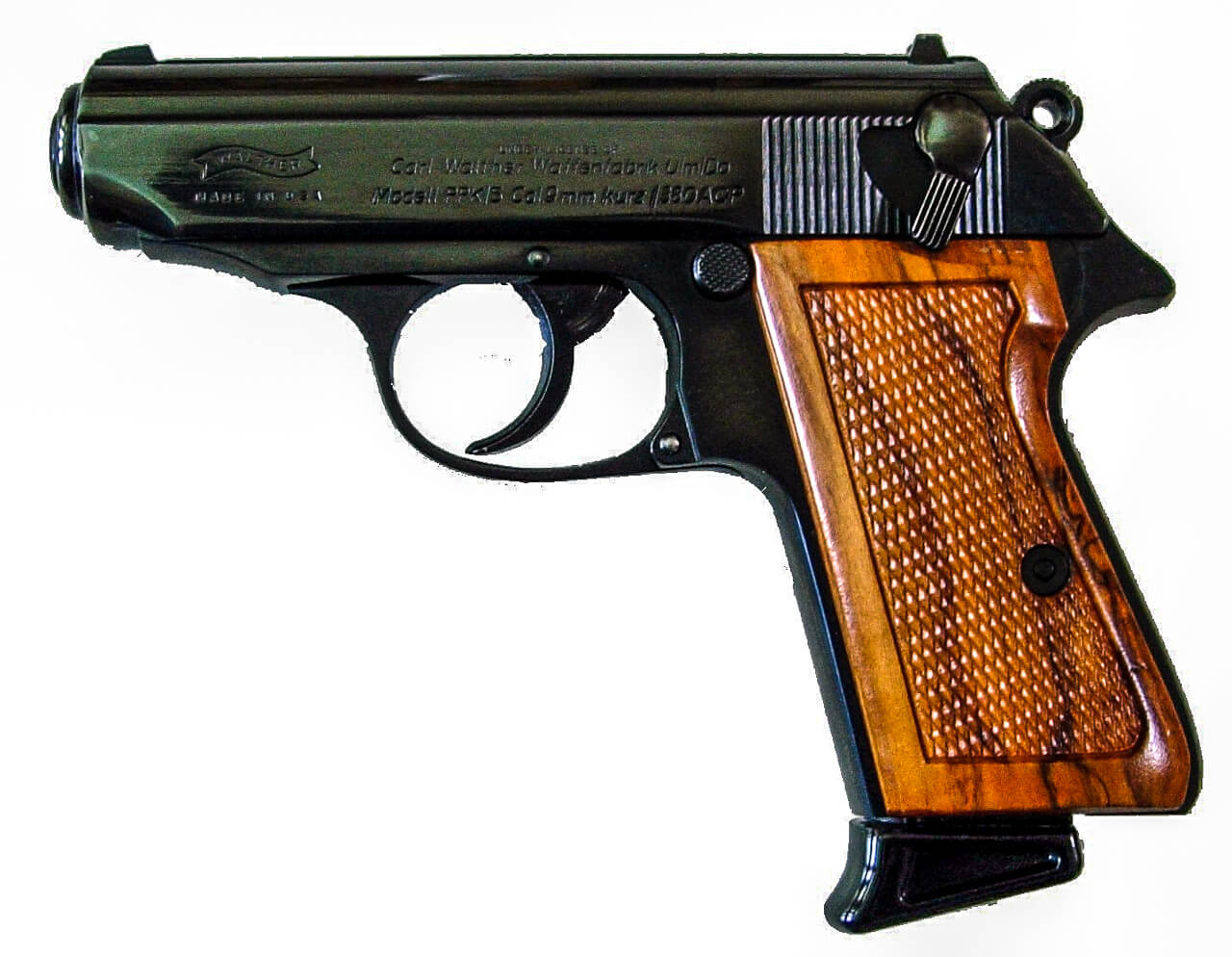 When I got it back from Cylinder and Slide, it was shiny and like new. Since then, I’ve used it – a lot, so it’s picked up some fresh holster wear.

At that point, I committed the cardinal sin. I decided to (with a distinct lack of gunsmith knowledge) to “polish the feed ramp” on my own. I could veer off into a related article on how to completely destroy a pistol at this point, but we’ll save that for another day. Let’s just agree to say that “nothing improved.” 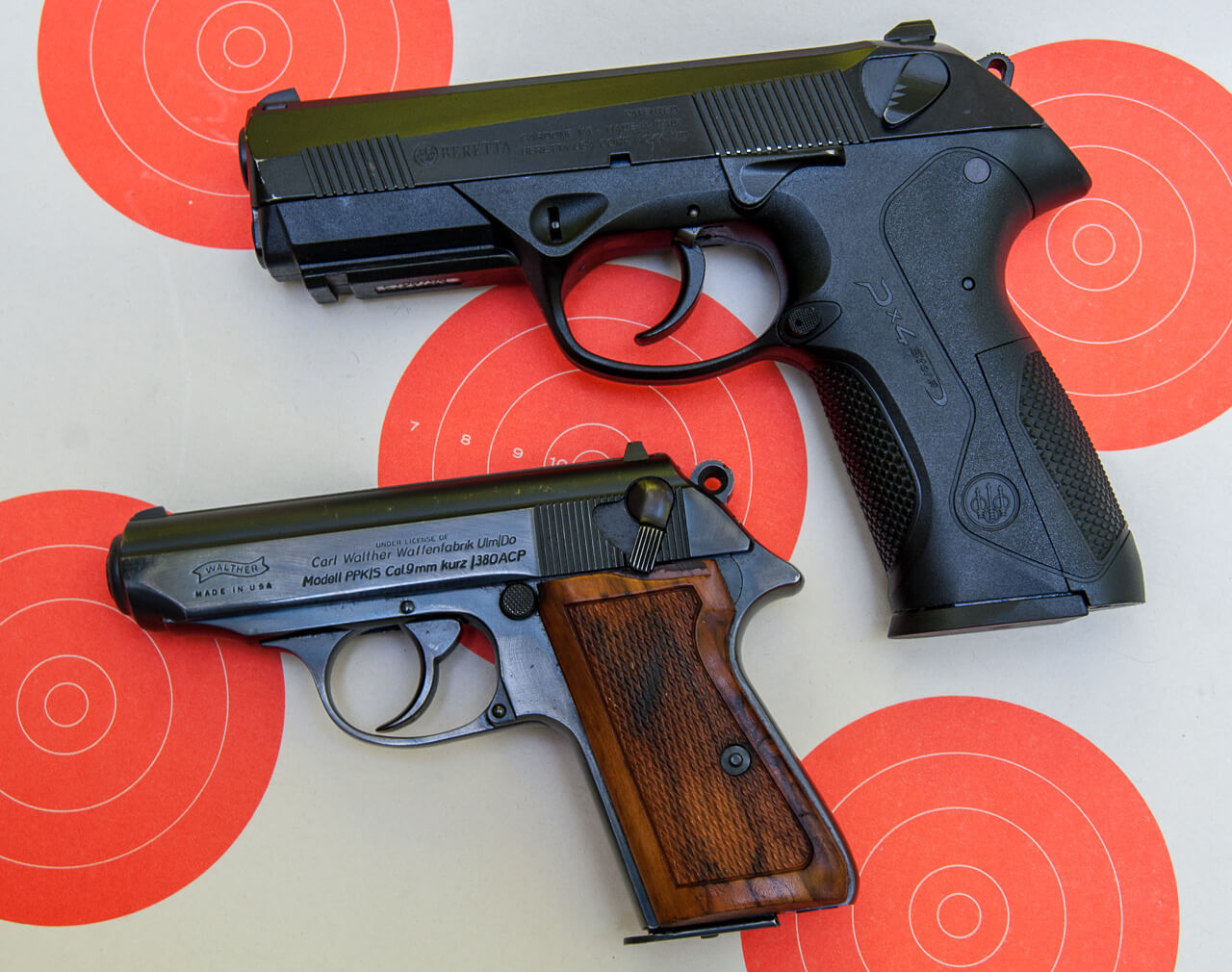 If your “big gun” is a double-action / single-action, the PPK/S makes a good smaller option as it works exactly the same way.

Since I liked the gun and wanted a lifelong keeper more than a cost-effective range toy, I bit the bullet and got on the waiting list for a restoration job from the pros at Cylinder and Slide. At the time (this was well over a decade ago) they had a year-long waiting list, and you had to pay a deposit just to get in line. So I did.

The real gunsmiths out there kept it for a couple of weeks and turned this beast into a beauty. The issue was the feed ramp butchery, and they were able to repair it. They also polished away the years of pitting while preserving the factory markings, and re-blued the pistol. They also fit custom wood grips and bedded each to fit perfectly into the frame to prevent loosening over time.

Not only is my once upon a time piece of Gunbroker rip-off trash now a looker, it shoots like a dream. I haven’t had a single malfunction in years with ball or any type of premium defensive ammo. Was the unplanned restoration of this hidden gem cost effective? Not in the least. Would I do it again? Yep.

⊕ Read more about the Walther PPK in other Mag Life articles.