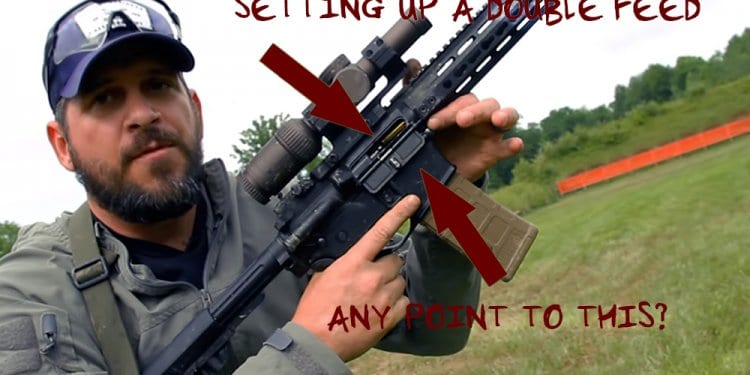 Here’s a smart lesson that’ll help you shoot your guns even gooder. If you shoot a lot, you’re going to run into double feeds — otherwise known as a “Type 3 Malfunction”. It happens when the extractor fails to remove the spent case from the chamber before the next round feeds in. A double feed halts your shooting, so it’s a good idea to practice clearing it. That way you’ll handle it efficiently whether it happens during a competition, on duty, or in a defensive situation. In the GunMag TV video below, Daniel Shaw shows how to create a double feed for training purposes. AR 15 double feed: do you know how to set one up properly for training? There’s more to it than you might think.

It’s important to be able to identify a malfunction of this type and respond instinctively in order to clear it safely and efficiently. That’s why it’s good to know how to set up the situation for training.

Set Up a Double Feed for Training

To set up a double feed for training Shaw-style: Insert a magazine into the gun well. Next, pull the charging handle back and bounce it around off the magazine until the top cartridge pops up and the next one begins to enter the chamber. This way, you have a real double feed, the way they actually happen. Then, you can train for efficient double-feed clearance. 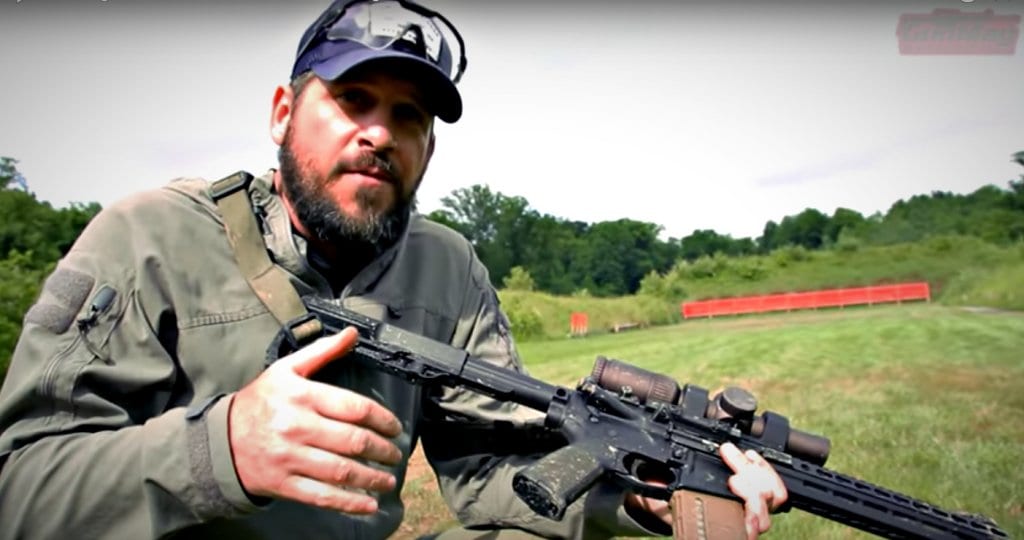 Daniel Shaw demonstrates how to create a double feed for training purposes. A AR 15 double feed (well in this case it is, there are others); also known as a Type 3 Malfunction.

Double-feeds occur fairly often in some gun/magazine combinations. They are often caused by bad magazines and sometimes user error. So stop making errors – and buy all your mags at Gunmag Warehouse.

Reminder from the beancounters: GMW has more than just magazines available. It also carries an entire line of magazine accessories.