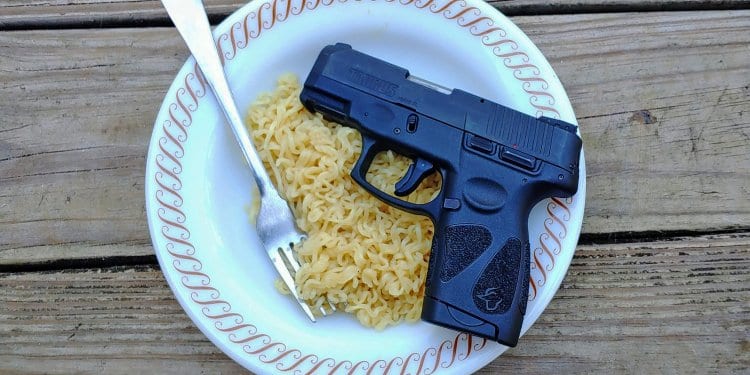 This Taurus G2S review is part two of a series we’re calling Ramen Noodle Guns. Each iteration of this ongoing (if necessarily periodic) column be a rundown of the most affordable weapons we can find and how they perform. Why? It’s easy to review Gucci firearms and to love them, but outside of the narrow world of the gun reviewer and the firearm cognoscenti, such a report is not always helpful. It’s fun, at least when you are the reviewer, but what service am I offering? I wanted to start a series on more affordable firearms. 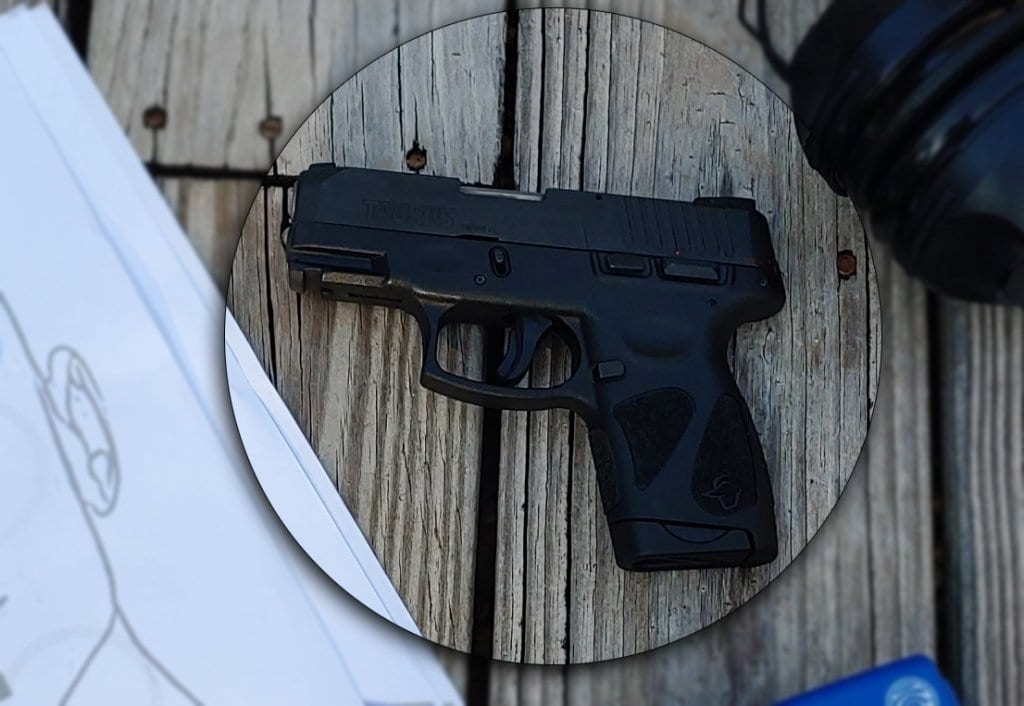 Part one of this series was a review of the Hi-Point Yeet Cannon; today we are going to be looking at the Taurus G2S. I’m not going to structure this as a standard review. Instead, I’m going to focus on what I like, what I dislike, and the numbers. 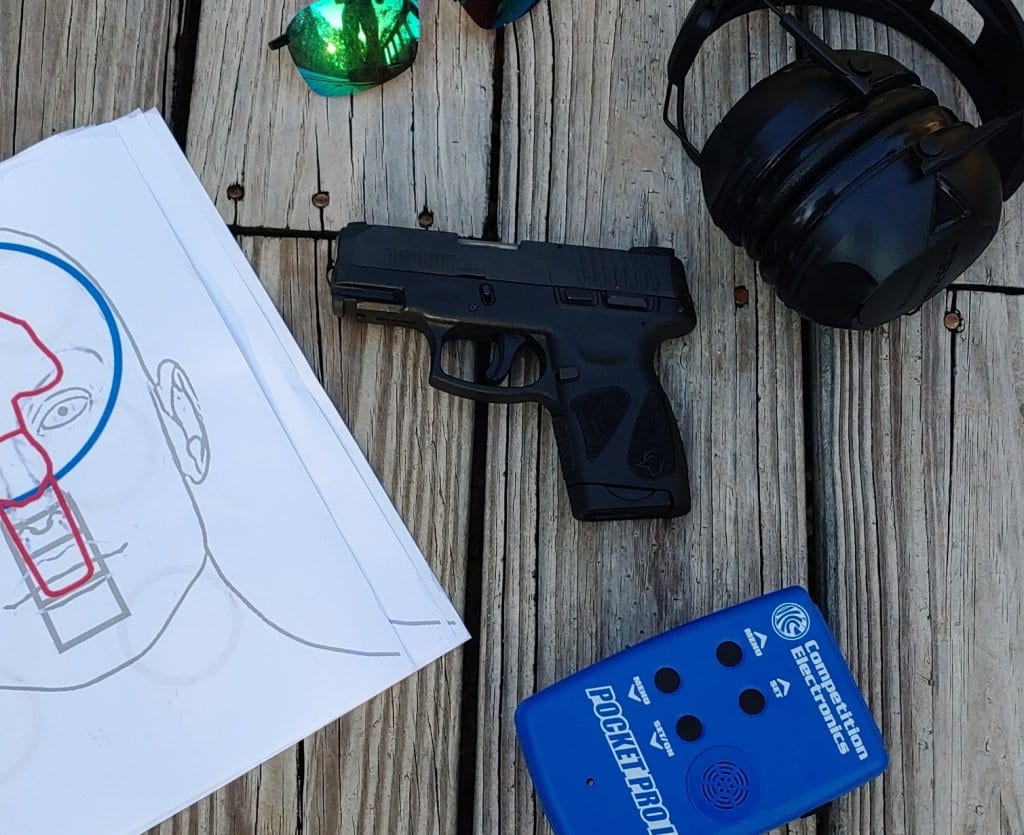 The G2S trigger is a single action that has a double-strike capability. You cannot decock the gun manually. So if you pull the trigger and get a click you can pull it again to restrike in full double action. 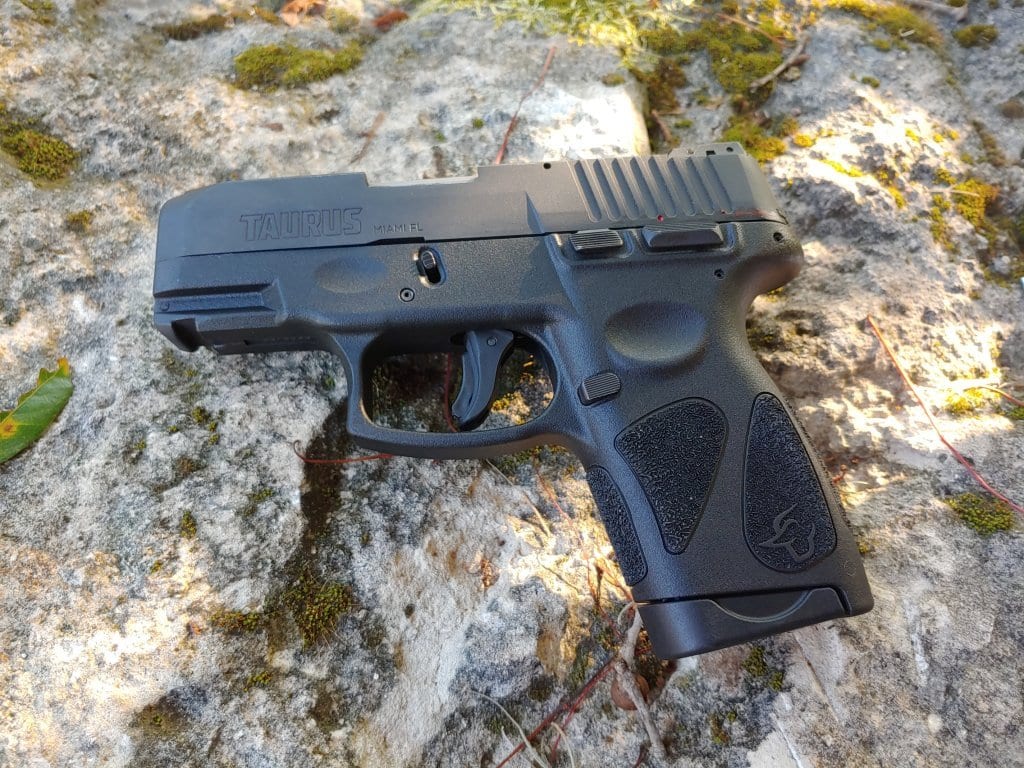 Look at this little fella.

The G2S weighs 19.85 ounces, is 6.25 inches long, and has a 3.25-inch barrel. The gun is 1.10 inches wide. It’s really closer to 1 inch, but the safety adds some slight bulk and gives it that extra .1. The gun is 4.8 inches tall, and the magazines both sport pinky rests. The gun has a fully adjustable rear sight.

The G2S is rated for +P rounds and should have zero issues digesting hollowpoints. The weapon also comes with the Taurus lifetime warranty and not the controversial year-long warranty.

This gun does look good, much better than the Hi-Point. The finish is nice and consistent. I don’t like the fact that Taurus guns are billboards for Taurus, but it is what it is. It also comes with two magazines where most budget guns come with one.

The gun has some solid ergonomics. The G2S has a blocky, but not uncomfortable grip. The grip is nicely textured and sticks to the hand. The gun comes with a manual thumb safety that is placed for instant and easy access. 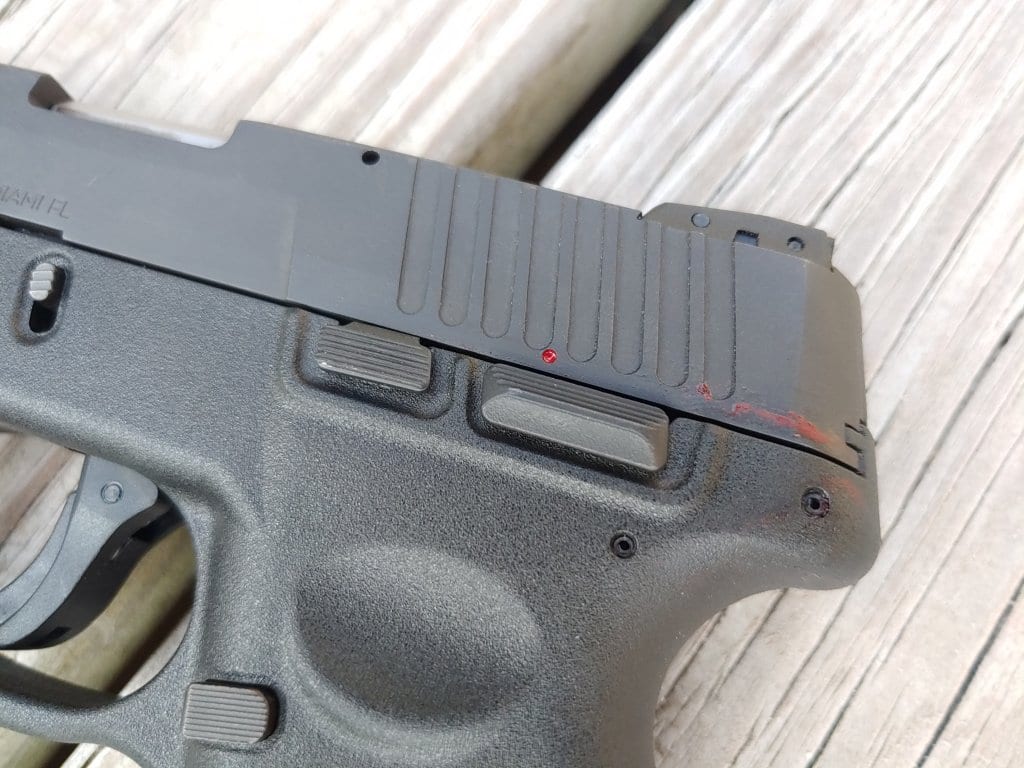 Just ignore the blood there….

The magazine release is a little bigger than most and I appreciate that. The magazines do drop free nicely and are easy to load as well. The addition on of a pinky rest makes sure I have a full grip of the gun.

The gun is just as easy to control as most other pistols it’s size. The G2S even comes with a Picatinny rail that will accommodate ultra-small lights and lasers. That’s a bit different for a gun in this size class.

The gun is plenty accurate as well. After a little iron sights snafu I was producing respectable groups, and they were on par with any other gun in this size range. You’ll be able to make confident headshots at 20 yards. 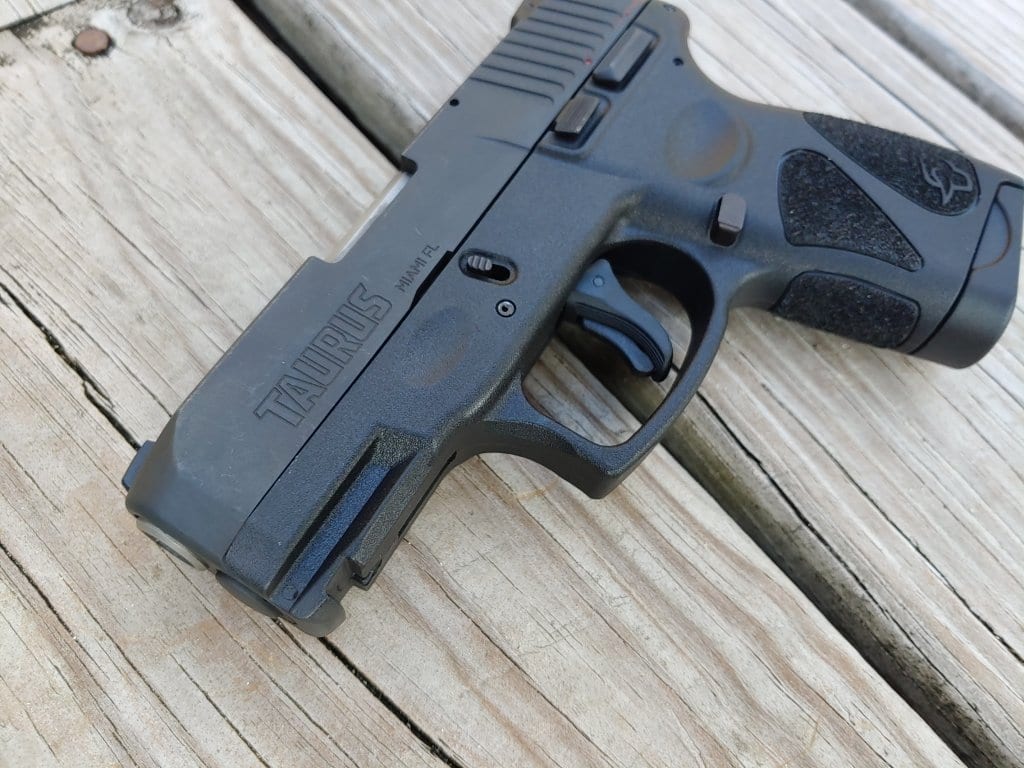 The Taurus G2S also has a restrike capability, a rare feature in striker-fired guns. This is one of the few micro pistols where my thumbs don’t rest on the slide lock. The slide will lock to the rear once I’ve fired the last round.

The list of aftermarket accessories is ok, if not (unsurprisingly) stellar. Magazines are easy to find. There are also numerous companies making holsters and some fiber-optic sight options. Taurus kept the old PT 111 and 709 series sight pattern for these guns so there are already options out there.

The worst part to me about this gun was the slide bite. I have big hands, I wear 2XL gloves for reference. The slide digs into my hand and within fifty rounds it’s broken the skin. This makes shooting for long periods of time far from comfortable. 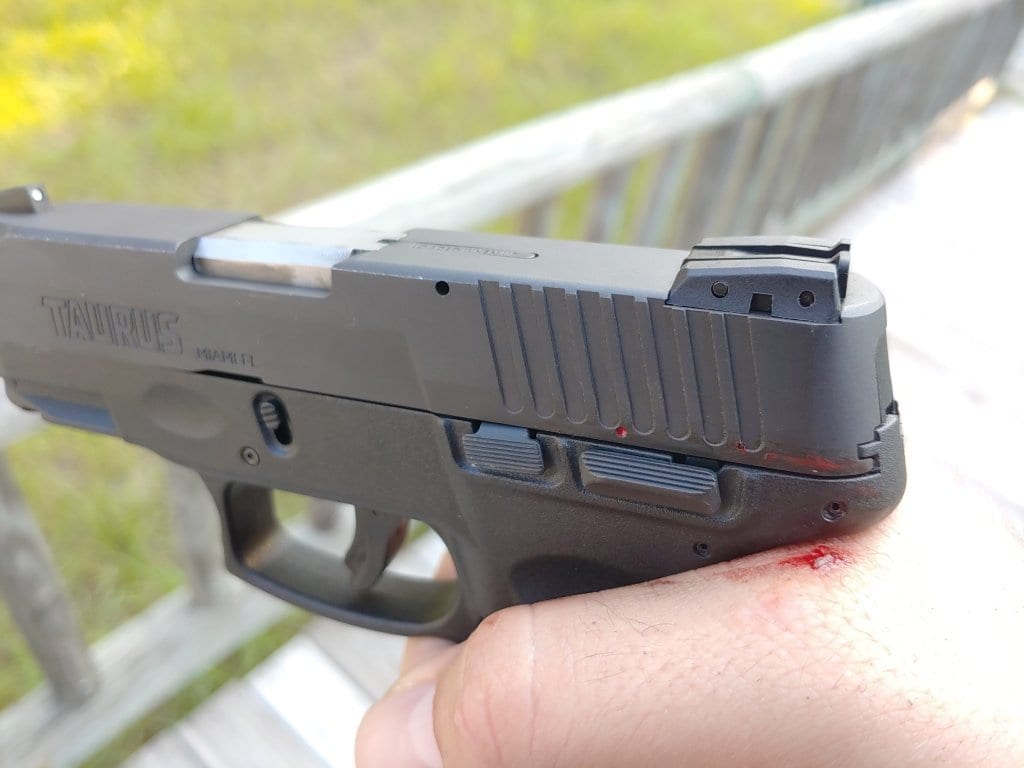 That’s where the blood came from.

The gun did have a few malfunctions, as well as a minor issue with the sights. The gun has had in total 2 failures to extract/eject that created complicated malfunctions. Additionally, I experienced magazine failure twice that required a firm slap to fix. The follower was not raising the rounds and was stuck in the middle of the magazine. This was all in the first 200 rounds. After that everything seemed to function fine. 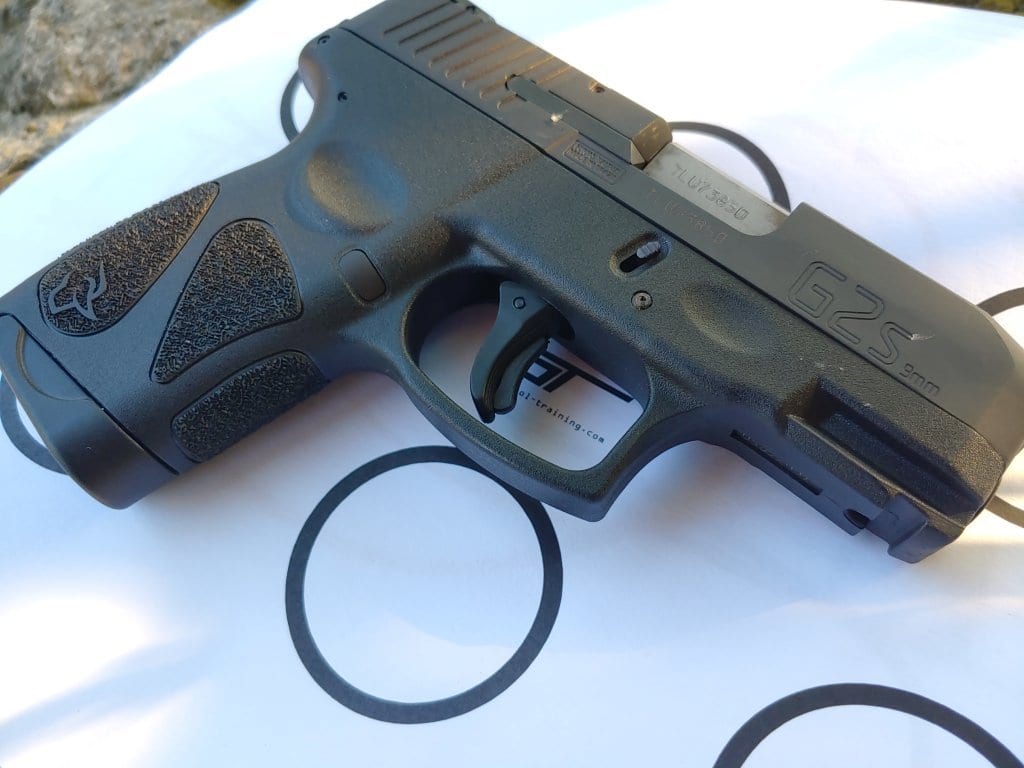 The front sight was somewhat loose and initially caused me to produce shotgun like groups. A quick fix and some adhesive solved that problem. Other than that the weapon performed admirably.

The G2S by the Numbers

Current Round Count 425 (Plus some assorted defensive ammunition.)

For this drill, I started with the handgun holstered. I drew and fired one round at 5 yards into a 2-inch circle. Shooting just into a torso sized target is a bit quicker, but a 2-inch circle seemed a better test.

Mozambique Drill From the Draw

A Mozambique Drill entails two rapid shots to the chest and one well placed shot to the head. The drill was fired at 7 yards and I started with a holstered handgun. 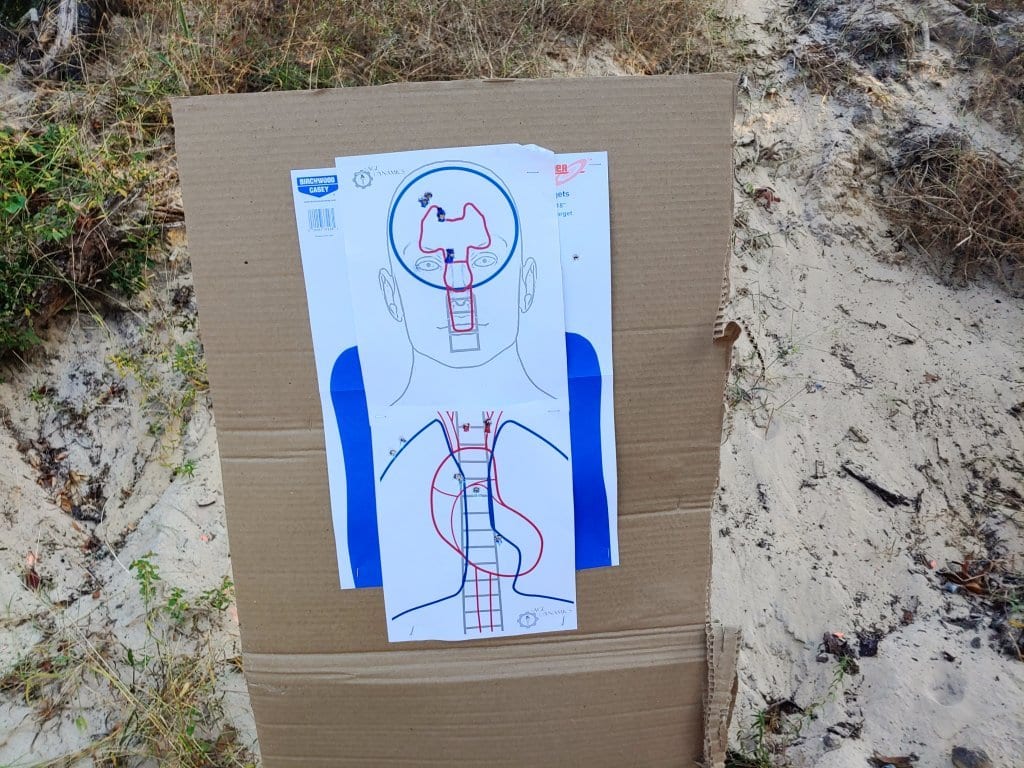 Thanks Sage Dynamics for the free printable targets! 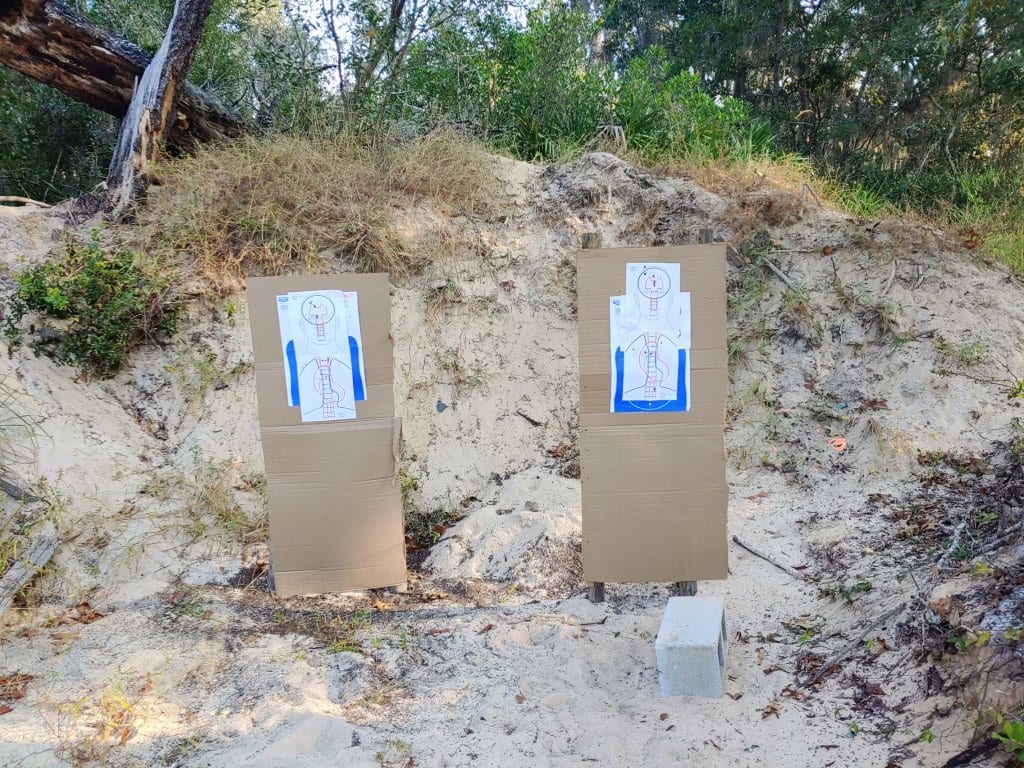 ’bout to stop some baddies.

The iHack drill is a close range, limited resource version of the Hackathorn standards. The drill is shot from 5 yards onto very small dot targets. The drill is fired in three strings.

The first string is one shot left to right.

The second string is one shot right to left.

The final string is one shot in the center, and then one shot in each outside circle in any order.

Each string must be completed in 3 seconds. The drill has 9 total points and requires 7 shots to pass. 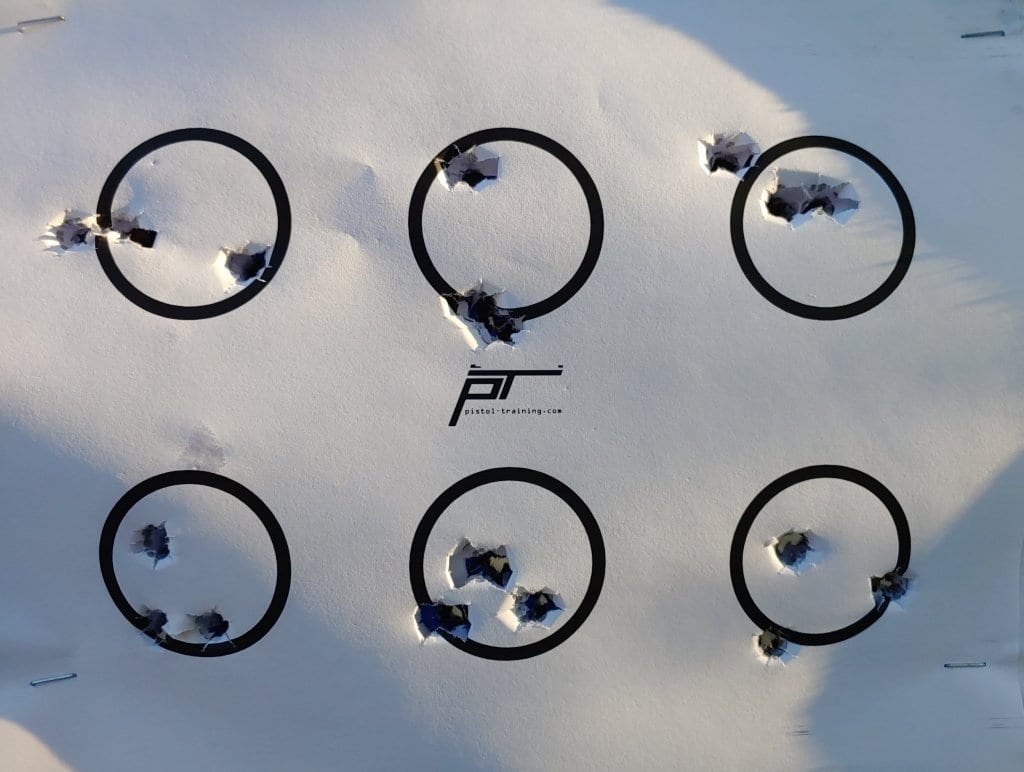 I shot the drill twice and passed twice with a 7 out of 9 and an 8 out of 9 score. I dropped those points due to misses. Shooting the three shots in under 3 seconds wasn’t an issue.

The G2S is a good looking, decently reliable handgun that’s both accurate and easy handling. If I was hard up for cash for a carry gun the G2S would get my money before the Hi-Point C9. The gun isn’t perfect but performs well enough that I’d trust it. I won’t be replacing my SIG with the G2S anytime soon. 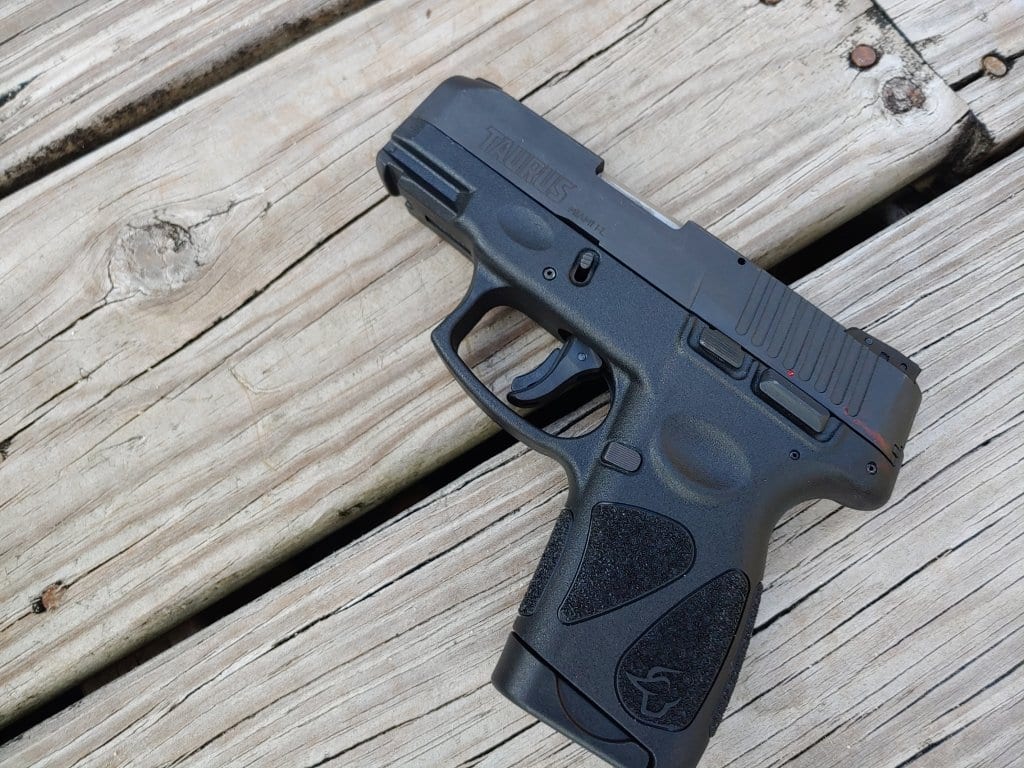 The G2S exists in a crowded market. While it’s not particularly innovative, it does come in at na amazing price. If you are cash strapped and want a means to defend yourself the G2S could very well be the gun for you. My only suggestion is a few range trips to make sure everything is up and running before it’s trusted with your life.