Taylors and Company is a Virginia-based firearm establishment that imports and upgrades guns from companies like Italy’s Uberti. Colloquially referred to as “Taylors Firearms”, they are a third generation woman-owned company that is a foundational part of the historical enthusiast and cowboy action shooting community. 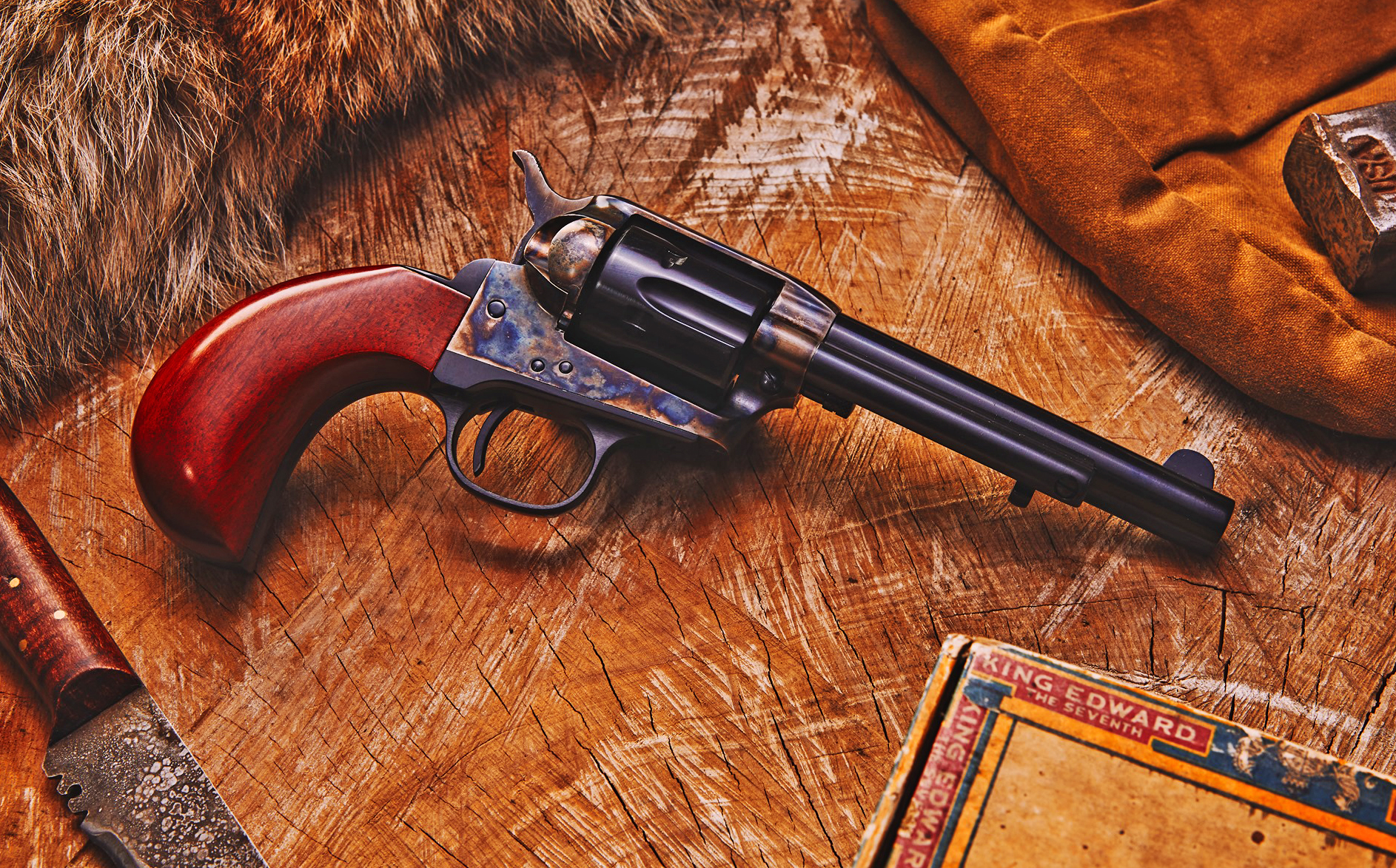 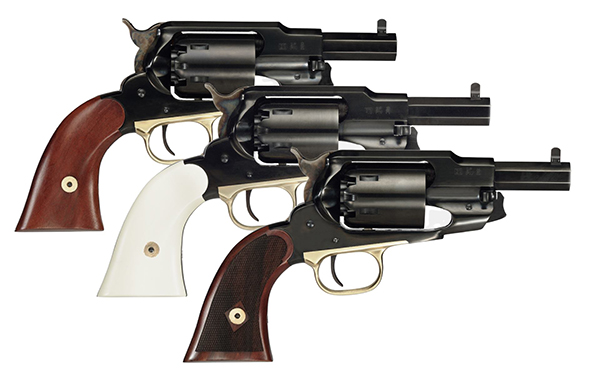 Taylors Firearms is an excellent source for (historical-themed) revolvers, lever guns, black powder weapons, Western-style accessories, conversion cylinders, and more. Whether you’re interested in an 1860 Army aesthetic with 2020s production quality or an 1874 Sharps Cavalry Carbine to use as a truck gun, Taylor’s and Company should be high on your list of places to look. 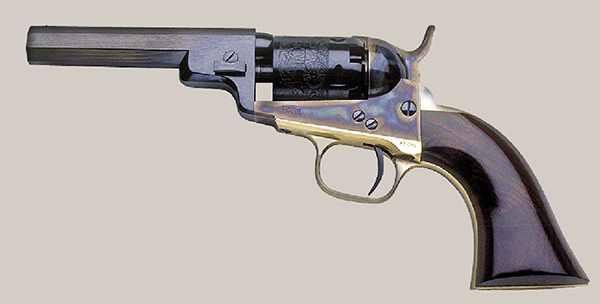 The 1849 Wells Fargo model was one of the first “pocket revolvers”. The Taylors and Company .31 caliber reproduction features a forged steel case hardened frame, a 5-shot cylinder with a stage coach roll engraved scene, octagonal barrel, walnut grip, and brass post front sight (and the 1849 Pocket includes a loading lever).

The 1866 was a fast operating, reliable repeater rifle that earned the nickname “Yellowboy” from its bright brass receiver. This was the first of several models of successful repeating rifles under the Winchester name. The blueprint to this gun lies in a lever-action rifle that was the precursor to the Model 1866, the Henry Rifle.

The Henry Rifle, patented in October 1860, was an invention that was also derived from previous experimental models of repeating arms that led to its creation. One of the manufacturers in that endeavor had a shop foreman in their employ by the name of Benjamin Tyler Henry. Henry’s work became most successful in the form of a 16 shot, .44 rimfire caliber lever -action repeating rifle that was a revolution in the world of weaponry.

The Henry Rifle was produced in limited quantities with little variation, and first saw some use in the American Civil War. However, it had some shortcomings in its design such as the exposed magazine tube and lack of a forend. This could lead to jamming if not maintained, and a hot barrel which could easily burn the shooters hand if not careful. This led it to be a less than ideal choice of the U.S. Ordnance Department, when compared to the Spencer Rifle.

The Henry Rifle became the template for the Winchester Model 1866, as improvements were made to make rifle more reliable and easier to use and maintain. Oliver Winchester had been in the picture of arms making for some time, initially as a stock holder of “Volcanic Repeating Arms Company” (which was a prior stepping stone in the development of repeating rifles) and later as chief executive officer of the “New Haven Arms Company” under which the Henry Rifle was manufactured.

When Benjamin Henry and Oliver Winchester had a disagreement over what Henry believed to be unsatisfactory payment, Winchester left to create the “Winchester Repeating Arms Company”. Under this name, and with improvements in design, the Model 1866 was created.

Shop foreman, Nelson King, left with Winchester after the dispute, and with him were his designs for improvement for the Henry.  A loading gate on the side of the rifle, a wood forend, and fully enclosed magazine tube transformed the Henry’s design into the famous 1866 “Yellowboy” that would begin the famed Winchester legacy. From 1866 to 1898 more than 170,000 Model 1866 Rifles would be manufactured. 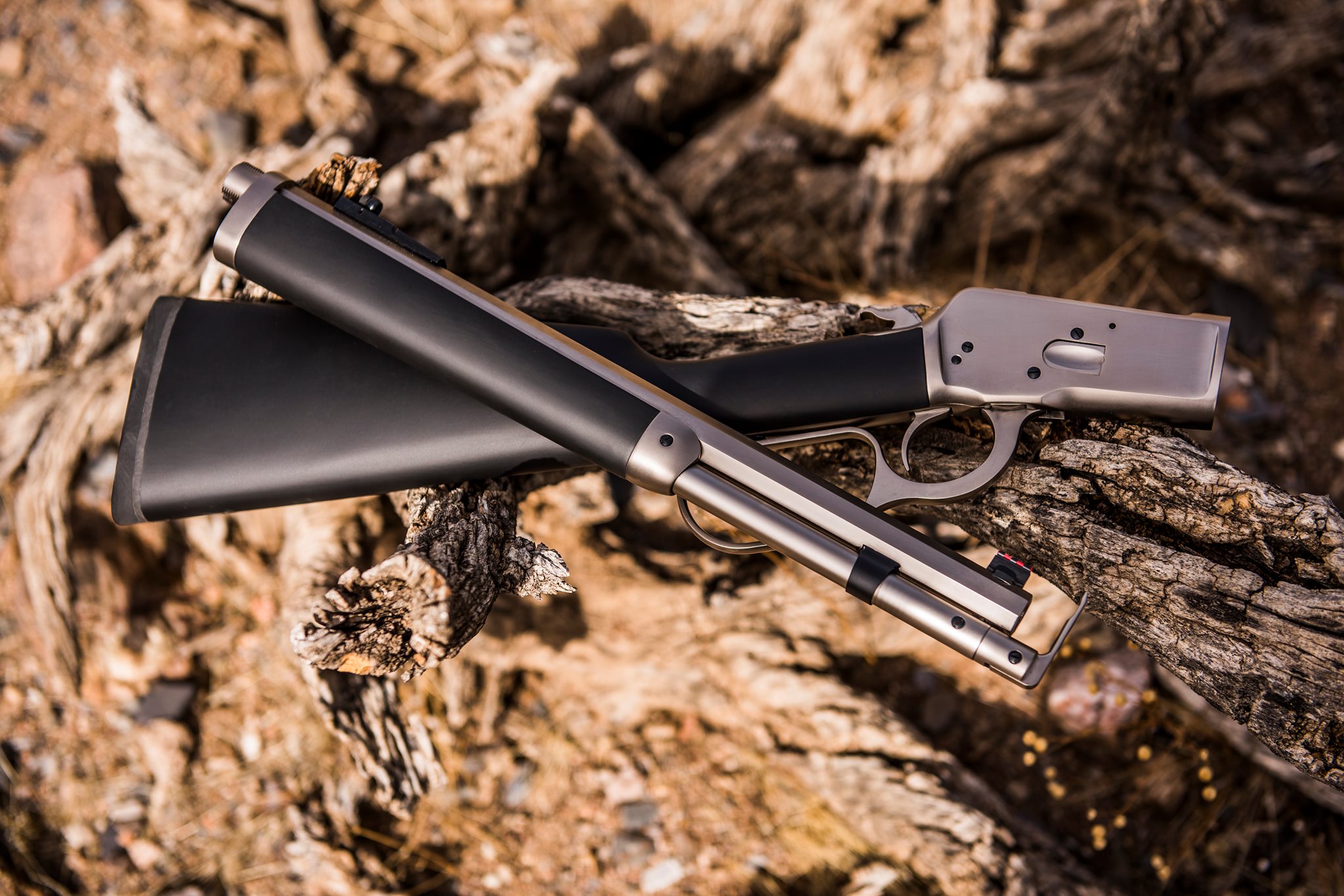 Above and below: Taylors and Company 1892 Alaska Takedown. 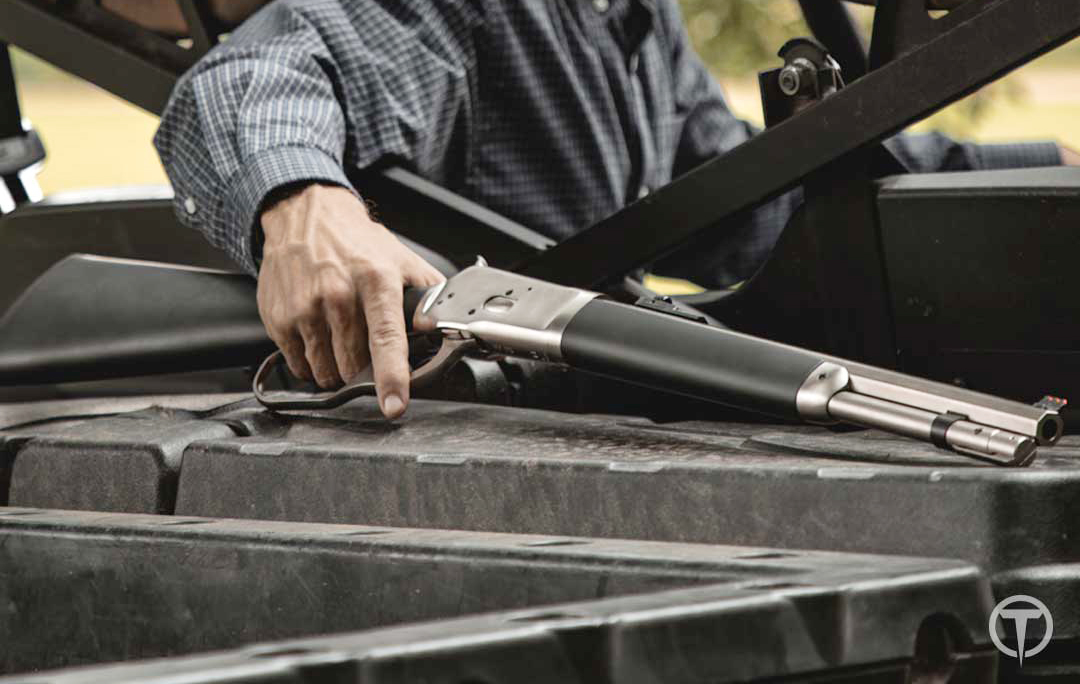