In the U.S. there are some states with magazine capacity limits, so it is important to know which states restrict them and what the limits are. Ignorance is never a valid defense. It is always a good idea to check if you are unsure. Some cities can have different laws than the state has.

What do you do if you are in violation of magazine capacity restrictions?

Another option would be to permanently modify them so they can only hold 10 rounds. You could also change calibers. A traditional AR-15 30-round magazine can only hold 10 rounds of .50 Beowulf. The upside is that you do not have to do anything with your AR magazines, but now you have to chamber your AR in an expensive cartridge.

There are compromises. But, those are not the only options. You need to know the laws that affect you, and then you can find out what to do about large-capacity magazines.

Why do we have magazine capacity restrictions?

There are many reasons. The most common is the belief that restricting magazine capacity will save lives because a mass shooter will have to reload more frequently, thereby allowing time for someone to take out the shooter. This is discussed in an article by Alex Yablon of The Trace: High-Capacity Gun Magazine Bans: The Numbers, the Opposing Arguments, the Unexpected Origin Story.

Sheriff Ken Campell debunks the “reloading saves lives” idea in the video below. He also pokes holes in the “if it takes more than ten bullets you should not have a gun” myth.

Magazine capacity limits work both ways. The fiction that a mass shooter will have fewer bullets to commit murder equally applies to a law-abiding citizen and his or her ability to defend themselves. With fewer bullets, they have a lower chance of protecting themselves. However, logic does not trump state laws, so it is important to know where magazine capacities are restricted and see if it affects you.

Here is a list of states with magazine capacity limits:

For a more detailed look by each state, go to Smartgunlaws.com.

If you read the laws carefully there are some exclusions and contradictions – such as Colorado and some other states, where a tubular magazine that is contained in a lever-action firearm is not considered a “large-capacity magazine”. In most cases, these people are thinking of older style firearms like the Winchester or Henry lever action guns. What they do not realize is that there is a shotgun made in Turkey by a company called Adler. 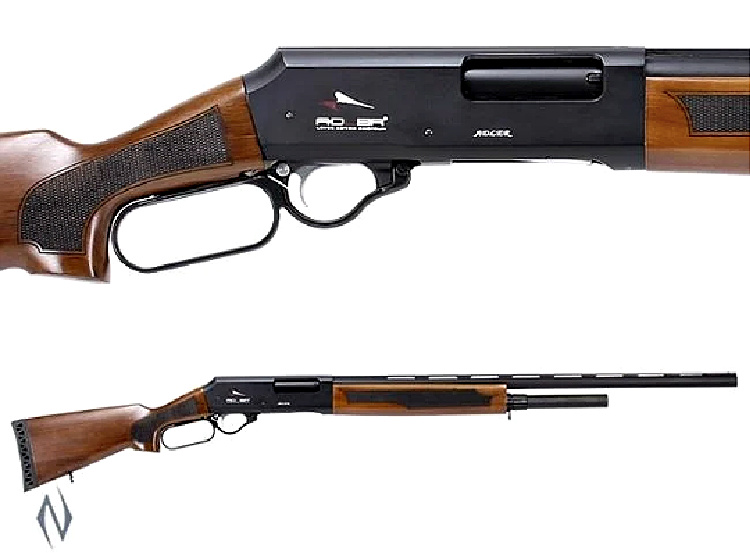 This modern sporting style shotgun is lever action. If you look, that shotgun has a magazine tube extension that Colorado deemed illegal.

A fixed, tubular shotgun magazine that holds more than 28 inches of shotgun shells, including any extension device that is attached to the magazine, and holds additional shotgun shells.

One could argue that the gun is lever action and therefore not under the Large-Capacity Magazine restrictions. If that is the case, you could then attach any extension on the end of the shotgun like the Xrail which would give the shotgun a 24 shell capacity.

If you read the limitations on shotguns further, the Kel-Tec Shotgun and the UTAS UTS-15 could be exempt from these restrictions. The KSG and UTS-15 have two tubular magazines that hold 7 rounds of 2 3/4″ 12-gauge shotgun shells. By the definition of the law, the length is satisfied. In other states, the fact that the shooter has to manually switch over to the other tube satisifies that they are not high capacity magazines. Another work around, mentioned in Yablon’s article above, is using smaller ammunition to increase capacity. Aguilla makes 1″ 12 gauge shotgun shells, and you can fit 11 of them in just one of the Kel-Tec Shotgun tubes.

If you owned a large-capacity magazine prior to July 1, 2013 then you can keep it. How do you prove this? You do not have to.

Carefully read and study the laws and whether or not you’re in one of the states with magazine capacity limits. Know your limitations. What you read here may be out of date so do not rely solely on the information you find here. Laws may have changed. They might have been relaxed or they might have become more restrictive. It is your responsibility, as a firearm owner, to know and understand the laws that affect you.